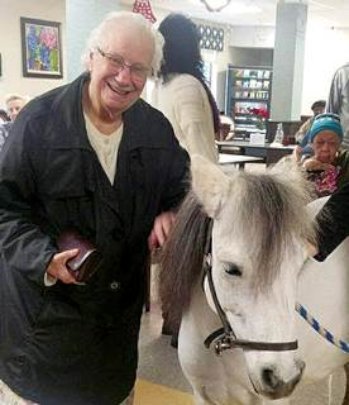 Welcome to the World of Personal Ponies

Making magic for children with special needs doesn’t happen by itself. The kind of magic we make at Personal Ponies takes the caring hearts and helping hands of each and every one of our volunteers. Our volunteers are truly our recipe for magic.

People often ask us how many volunteers make up our organization. That is an impossible number to quantify. Volunteers do everything that makes our organization possible. There is an endless list of things caring people do. For example, this website is maintained by a volunteer. Others help with preparation of marketing materials, and keeping databases. Volunteers help in transporting ponies, trainers donate time to train ponies, and still others help with special events and or with fundraising. We also have young volunteers that come and brush or hug foals to help socialize them or do their community service hours with one of our local families. Whether it is for one day or ten years, everyone that contributes is an integral part of the whole and is part of a number that cannot be measured.

Although our goal is to provide a small Shetland pony to be a friend and companion for children who are differently able, there is indeed more. The purpose of what we do may set out to affect the children we serve but it affects all of us both emotionally and intellectually as well. Many of our volunteers have commented that the opportunity to serve not only the children but to be part of a larger intention of caring has been extraordinary in its own respect.

The pages in this section are created to provide our volunteers with various forms and policies and other pertinent information that might help them carry out their activities more efficiently. Anything you cannot find, please contact any of the National Directors for help.

Thank you to all our caring volunteers.

YOU ARE THE HEART AND SOUL OF PERSONAL PONIES!

“…I have been a lucky man. To feel the intimacy of brothers is a marvelous thing in life. To feel the love of people whom we love is a fire that feeds our life. But to feel the affection that comes to us from those whom we do not know…that is something still greater and more beautiful because it widens out the boundaries of our being and unites all living things.”
- Lewis Hyde, “The Gift” 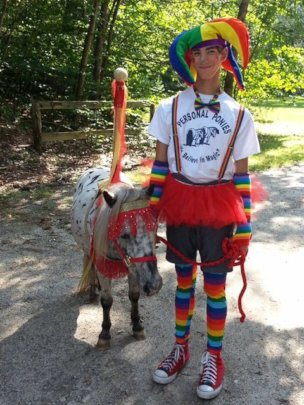 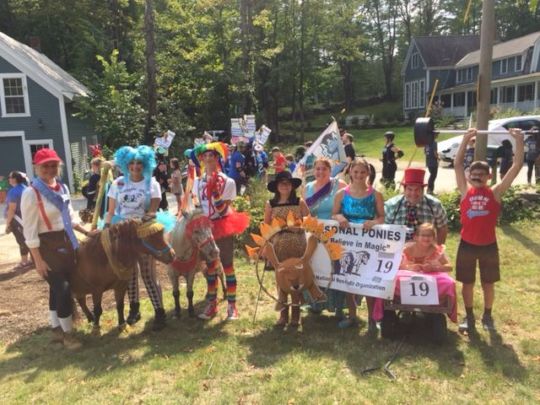 By Gail M Schumann - National Director of Finances and Reports 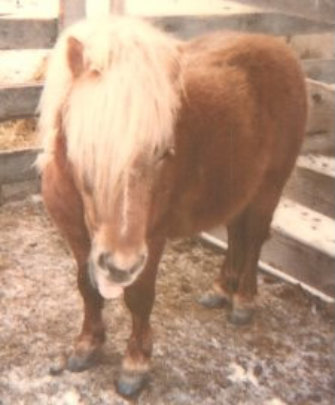 Mark has cerebral palsey and is usually confined to a wheelchair, but for this picture, he got to sit on his new "personal" pony, MAGGIE. We think this story is extra special because it is also a story about a little mare that was saved from certain death because of the skill and generosity of PPL Volunteer, Gail Schumann (see MAGGIE's story below). Thanks to Gail, and MAGGIE's stamina and courage, Mark, MAGGIE and her companion goats, BUTTONS and BOWS, are all best friends.

Mark first saw MAGGIE one day when he was visiting at Greystone Farm. It was love at first sight, but he had to wait for arrangements to be made before he could bring her home. And when the day finally came to take MAGGIE home, Mark cried and cried because he was afraid she might not want to go.

But MAGGIE had other ideas! As everyone waited for the van to be made ready, MAGGIE laid her head in Mark's lap as he sat in his wheelchair . She seemed to be saying, "This is where I belong --with Mark." And after Mark's Dad settled Mark into the van, MAGGIE climbed right in beside him, ready to go to her new home. She had lost her baby, but she had a new loving family and a boy named Mark who needed her.

Since her arrival, Mark's Dad has built MAGGIE a new shed and coral--but not without some help from the mischievous pony. "She would grab a bucket of nails with her teeth and fling them in the air," said Dad, Leonard. "She grabbed my tools and once even tried to climb up the ladder." But for Mark, MAGGIE stands quietly by his chair so he can brush and hug her, and happily eats out of the bucket he holds for her.

Thank you, Gail Schumann, for caring so much for this little Shetland pony mare. Thank you for paying all the expenses of MAGGIE's surgery and recovery, for nursing her back to health, and for sending her to be Mark's pony for always.

MAGGIE was born in April, 1992, the first foal of a little appaloosa mare named RUTHIE. She was a sassy little foal and kept me laughing at her antics. When she was five I bred her and happily waited for her foal.

I have foaled a lot of mares and have been trained to do a lot of advanced vetting procedures, but when Maggie went it to labor, it was clear to me immediately that she was having too hard a time and that probably this foal was not in a good position and could not be birthed without help. I scrubbed up and tried to get the foal into the right position, but I could not do it. I knew she would need a C-section and rushed to call my vet, pulled the back seat down in my Blazer, loaded MAGGIE in the back, and frantically made the forty minute drive to the clinic where there were facilities for emergency surgery.

MAGGIE seemed to know I was trying to help and never made a sound, but by the time we arrived at the clinic she was in very poor condition.

Two vets were waiting for me and we rushed her under anesthesia to deliver her foal. Sadly, the foal did not survive, but I was determined to save this special little mare.

As soon as she was recovered a bit from the surgery, I brought MAGGIE back home and began to nurse her around the clock, even sleeping in the stall with her. She had to have six shots a day, and She was so weak that I had to syringe electrolytes and grain mashes into her mouth to give her the nourishment she so desperately needed.

On the seventh day, Maggie's temperature spiked to 104 and as I wiped her down with cool water and syringed fluids into her mouth, I was sure she was rapidly failing and would not survive. Finally, as a last resort, I gave her a large dose of penicillin and completely exhausted, we both dozed off.

Then the miracles happened! A few hours later I was awakened by my MAGGIE who inexplicably had jumped up from her death bed and was excitedly running around the stall in circles. I broke into tears, but Maggie just stopped and looked at me, then calmly urinated. As I hugged my dear pony, it was clear her fever had broken and that she was (at last!) HUNGRY!

Right then I promised MAGGIE that she would never be bred again and that I would find her a most special child to love her...and now she has Mark. 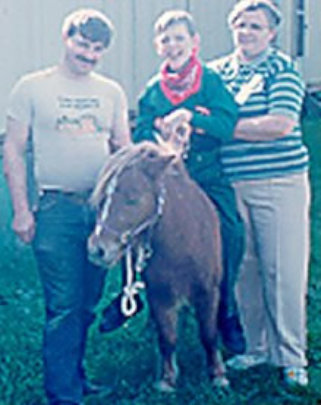 By Gail M Schumann - National Director of Finances and records 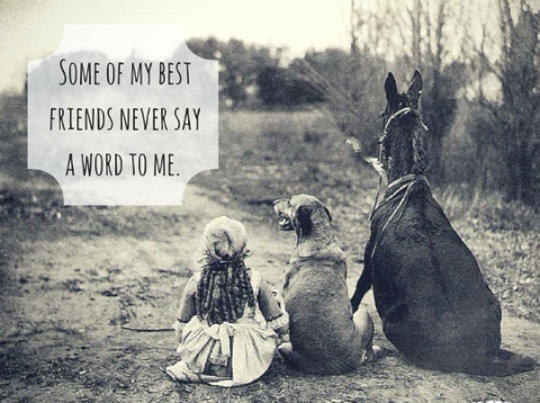 Since 1986, Personal Ponies primary mission has been to bring MAGIC into people's-especially children's lives; to bring smiles and joy in a most unusual way. We believe (and we’ve seen it happen over and over again!) that the lives of anyone with special needs are immeasurably enriched by connecting with a small equine companion in a "Personal" way- so this is what we do! Our ponies are uniquely suited in temperament and size to small children, folks in wheelchairs, hospital rooms, veterans centers, senior centers or anyone who would enjoy interacting with a smaller equine in a more "intimate" manner - eye to eye!