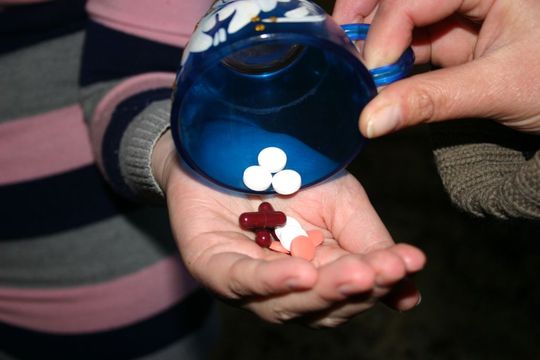 Cristina R., a 24-year old student at Balti Medical College, had multi-drug resistant tuberculosis (MDR-TB), but was misdiagnosed with drug-susceptible tuberculosis. She was diagnosed with a form of extra-pulmonary TB called tuberculous pleurisy in September 2011 and started treatment for drug-susceptible TB in October 2011. After 3 months of treatment, her symptoms did not improve.

Because the tuberculosis was in the pleura, there were few bacilli visible in sputum microscopy and culture and repeated test results were negative. It was her astute TB doctor, Dr. Vera Dubceac, and the diagnostic prowess of the new machine Gene XPert which revealed the correct diagnosis of MDR-TB. The Gene XPert test was conducted at the Balti TB Reference Laboratory in January 2012 and detected active pulmonary TB with a strain of MDR-TB. Although Cristina was terribly frightened to know she had MDR-TB, she could finally begin the correct drug regimen in February 2012. Speranta Terrei’s last Global Giving report featured the Gene XPert and Cristina’s story underlines its importance in Moldova, where MDR-TB strains are being transmitted from person to person.

Along came another Vera to aid Cristina in the battle with TB, this time Vera Rusnac, a moderator with Speranta Terrei since 2009. Vera Rusnac is a medical assistant and Cristina is studying to become a medical assistant and the two felt an immediate kinship. Vera takes a handful of anti-TB drugs (in the attached photo) to Cristina five times per week. Cristina is one of 17 TB patients, 5 with MDR-TB, to whom Vera has given treatment support. Vera’s and Cristina’s classmates’ comforting presence are helping Cristina to withstand the adverse effects of the arduous 24-month treatment for MDR-TB.

TB sapped Cristina’s strength and slowed down her studies, but it taught her to be patient. She says, “In the nature of humans, there are golden qualities, one of them is patience. Tuberculosis has taught me patience and hope of a new life, a life without drugs, and where there will always be sunshine.” For a young woman who was first diagnosed with TB 18 months ago, Cristina has, indeed, had to learn patience!

World Tuberculosis Day is March 24. It marks the day in 1882 when Dr. Robert Koch announced his discovery that tuberculosis was caused by Mycobacterium tuberculosis. Speranta Terrei’s volunteers will conduct a public awareness campaign in the center of Balti during March 22-24; distribute TB information on the Chisinau-Moscow train on March 22; and distribute food and clothes to children in families with TB on March 25. Our own Dr. Feodora Rodiucova will give a presentation on TB at a canteen for indigent TB patients in Balti on March 26. We thank our donors for remembering TB patients on World TB Day and on every day of their long treatment. 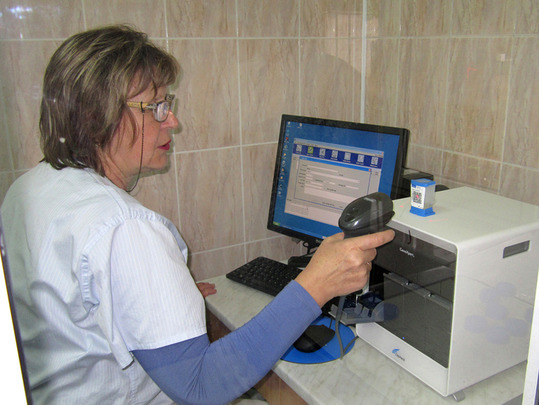 Speranta Terrei’s moderators come from many walks of life, among them head of the Regional TB Reference Laboratory in Balti. Nadejda Priscu, or Nadin as her friends affectionately call her, is an expert on the Gene XPert, a machine revolutionizing diagnosis of multi-drug resistant tuberculosis (MDR-TB). Moldova has high rates of MDR-TB and this technology is giving doctors the means to pinpoint resistance and start appropriate drug therapy quickly.

Since March 2012, Nadejda has tested 1000 specimens on the machine she adores unabashedly. “It is absolutely super!” declares Nadejda, “within 2-3 hours, we have results. It eases patients‘ anxiety because the diagnosis is immediate and doctors have confirmatory results to start treatment.” Nadejda praises the Gene XPert for “enabling us to detect more cases and to treat them earlier, before the disease progresses another month.”

In the first photo, Nadine is at her favorite apparatus, scanning a specimen. In the second photo, a patient is giving a sputum sample for testing.

On her voluntary role of moderator, Nadejda says the laboratory skills are handy, but mainly “it is daily life skills, giving moral and psychological support in addition to medicine.” She continues, “I have seen much suffering from TB and Speranta Terrei gives me the possibility to help reduce it.” At Speranta Terrei, we are fortunate to have offered 11 tuberculosis patients treatment support from such a capable and caring moderator as Nadejda.

We would like to thank new and continuing donors for extending your hand to TB patients in Balti. All of us at Speranta Terrei wish you and your family much good health. In English, we say Happy New Year! In Romanian, we say, Un An Nou Fericit! 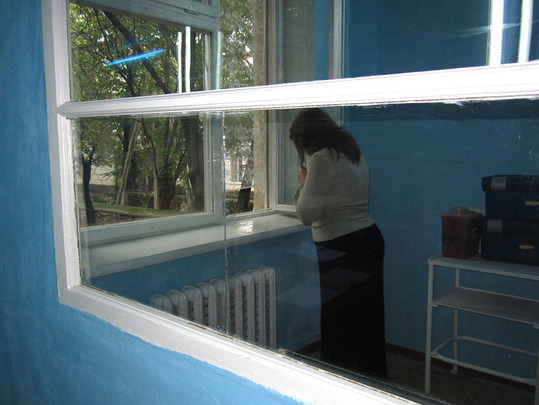 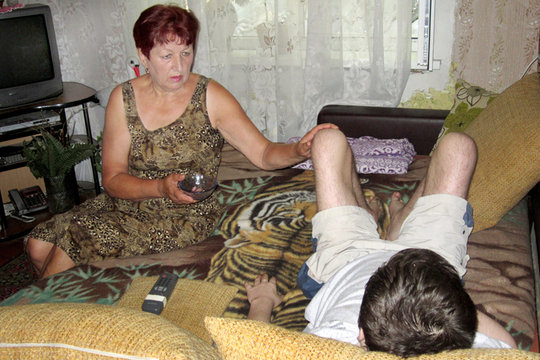 Our patient, Alexandr Ivanov, says “Galina is a ray of light and Speranta Terrei needs to live long enough, as I have, to see another life without TB.” Alexandr contracted tuberculosis while he was resident in an alcoholism treatment clinic. Alcohol and narcotics have marked his young life of 26 years.

He lives in Balti with his mother, who takes care of him. He has difficulty walking and our moderator, Galina Zaporojan, massages his legs and hands after he has taken the TB drugs she brings to his apartment. The caring touch and the conversations with Galina have persuaded Alexandr to continue TB treatment and think of his future. He is close to completing 9 months of therapy for drug-susceptible TB.

With your donations to our Global Giving project, Galina has attended to 16 TB patients, 9 new cases and 7 relapse cases. Each patient receives her undivided attention, whether he/she has TB, MDR-TB or HIV co-infection. Galina relishes home visits and discussions with patients. For Alexandr, she brings her special touch 5 times per week, staying for 2 hours each time. Photos of Galina and Alexandr are attached.

Speranta Terrei hopes to continue to live, in Alexandr’s words, and give other patients the extra support which helps them to fight TB. 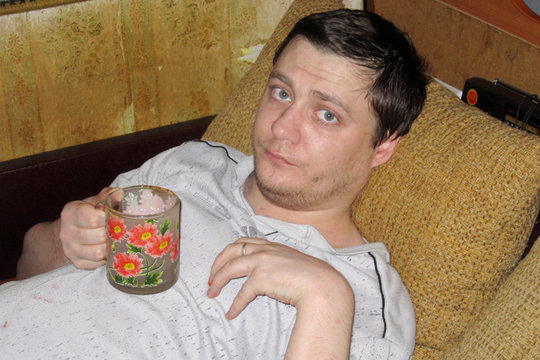 Alexandr
‹ 1 ... 5 6 7 8 9 10 11 12 13 ›
WARNING: Javascript is currently disabled or is not available in your browser. GlobalGiving makes extensive use of Javascript and will not function properly with Javascript disabled. Please enable Javascript and refresh this page.