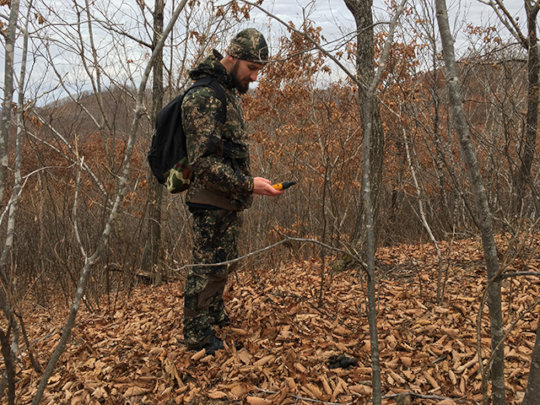 Thanks to your continuous support, the Phoenix Fund carried on assisting the Land of the Leopard National Park’s administration in improving law enforcement efforts at the protected area.

In September, the team patrolled consisting of four rangers. Michail Rubai broke his leg and was on sick leave. The team paid special attention to spawning rivers, such as Narva, Poima, Kedrovka and Barabashevka rivers due to the start of spawning season. In the first half of September, cherry salmon run started. Thanks to good protection and heavy precipitation, fish could swim to the upper reaches of rivers where they spawn.

During one of patrols, the rangers detained violators on a motorbike near the Pugachevka River. They had a permit to visit the Land of the Leopard National Park, but did not have permission to enter by a car and park it on the protected area. An administrative citation was issued.

While patrolling the Barabashevka River, the team detained a man without a permit to visit the protected area. An administrative citation was issued on the violator.

In September, Sergei Ivanov Special Presidential Representative for Environmental Protection, Ecology and Transport visited the Land of the Leopard National Park. All the teams, including the team of central subordination, demonstrated their skills.

In October, the team patrolled paying much attention to spawning rivers. In all, the team conducted 25 anti-poaching patrols. About ten administrative citations were issued on unauthorized presence in the national park.

Special attention was paid to weekends and nighttime. The team of central subordination also assisted other teams patrolling on spawning rivers. Moreover, there were a number of joint patrols with fishing inspectors along the Narva River.

Besides patrolling along spawning rivers, the team also patrolled other territories of Kedrovaya Pad Nature Reserve and Land of the Leopard National Park in order to prevent trespassing. During one of those patrols, the team visited Bogataya Fanza Cave.

In November the team switched to an enhanced regime of forest protection due to the anticipated increase in poaching after the first snow.

Enhanced protection of the park’s territory primarily implied an increase in the number of road and foot patrols by rangers including conducting joint patrols with law enforcement agencies.

Last weekend a large-scale patrol was organized in the national park together with employees of the Vladivostok forestry of the Forestry Department of the Primorsky Territory.

During the survey the southern part of the Land of the Leopard was inspected. And although this time during the patrol no violations were revealed, active work in this direction will continue. 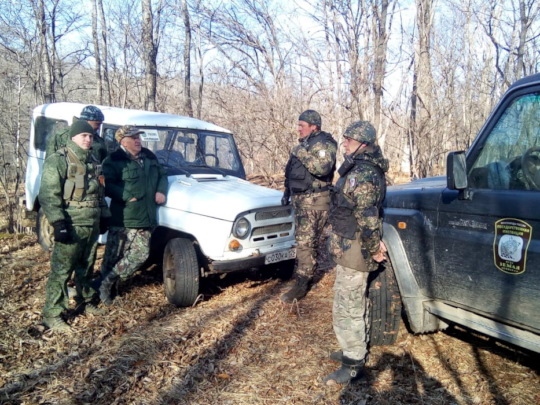 Update from the rehab 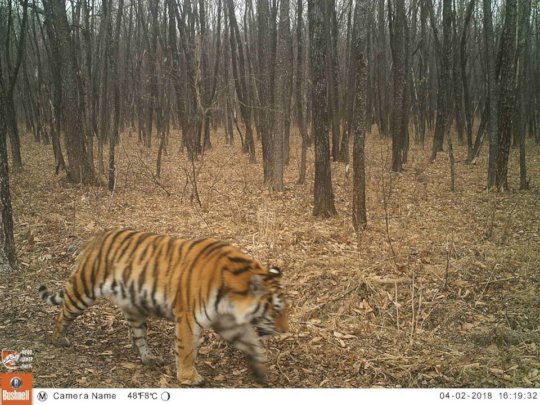 Dear friends, as always we are glad to share some of the field news on rehabilitated tigers whose chances for a free life in the wild would not be possible without your support! For half a year experts monitored the tiger population at the Bastak Nature Reserve, obtaining a total of 398 photos and 27 videos of 141 tiger visits. We were especially glad to find out camera traps managed to spot Zolushka and one of her cubs from a second litter.

“We have completed a large amount of work this time. For example, we have installed trail cameras in Filippa’s home range. The tigress has chosen the best possible spot in that region, away from populated areas and with many hoofed animals and hence, enough food. Filippa’s range borders on that of the male tiger Boris, and so we will closely monitor relations between them,” said Viktor, director of the Tiger Rehabilitation Centre.

Meanwhile, at the rehab two young tigresses that are currently undergoing rehabilitation are feeling perfectly well. Center’s experts say that the predators behave as they should and will probably be released into the wild in the spring of 2019. At the moment, they live in an enclosure with their mother, who, as the Federal Service for Supervision of Natural Resources allows, will soon be transferred to a zoo. A study showed that the tigress cannot be released into the wild because she has a motor coordination disorder as a result of an injury or disease; she will not be able to survive in the wild and will again come to the people. 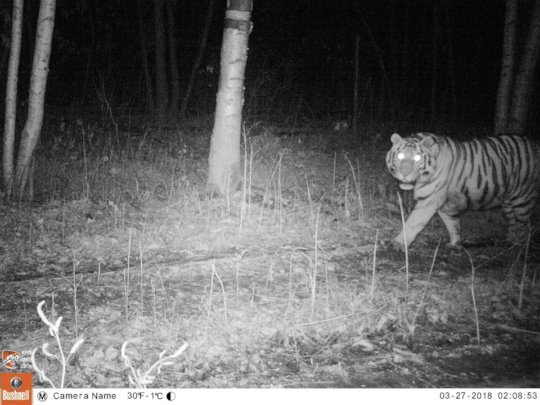 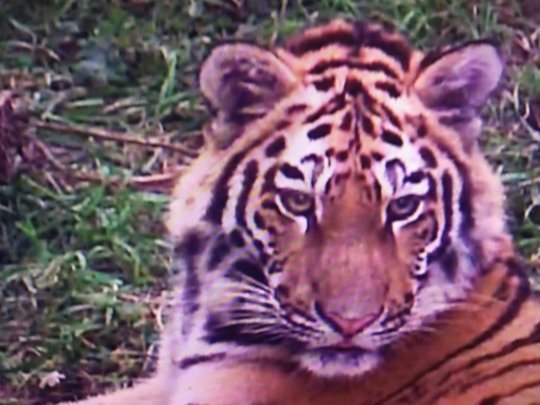 No poachers in the park 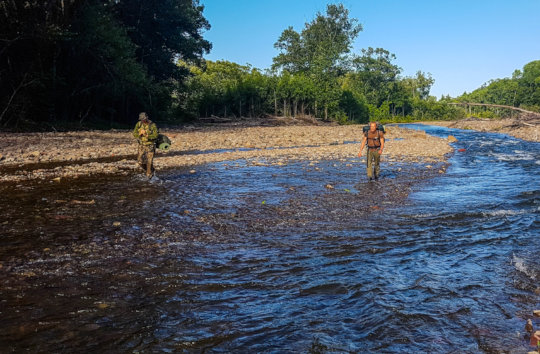 We are glad to report that poachers took a summer break and don't enter the territory of the Land of the Leopard.

From July through mid September, the team of central subordination continued patrolling the assigned territory. In all, the team conducted 51 anti-poaching patrols.

In the beginning of July, the team conducted a number of joint patrols with border guards. No violations were revealed. On July 17, during one of those patrols tiger tracks were discovered near the frontier post.

In August, a number of big typhoons caused a rise in water level. Given that, fish poachers appeared on the rivers. Two administrative citations were issued upon violators on the Brusya and Narva rivers. On August 22, during a foot patrol between Filippovka and Primorsky villages the rangers discovered quad bike tyre tracks and took measures to prevent illegal entry by violators.

In the end of August, the team mostly patrolled along the Narva river. During one of such patrols, the rangers apprehended a man from Slavyanka town and issued an administrative citation. Also, while patrolling along the Brusya river, the team discovered and removed two fishing nets.

Taking into account that chum salmon in large numbers enter the rivers in Khasan district in September, the team conducted patrols mostly along the spawning rivers, namely Barabashevka, Narva, Poima, Brysya, Kedrovka and others. 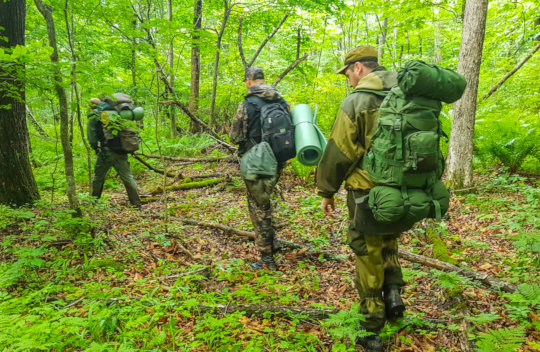 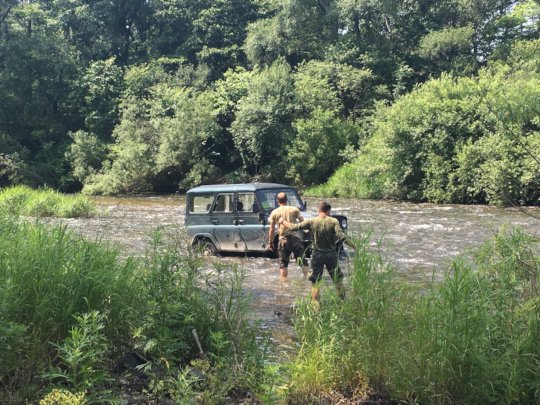 (c) Land of the Leopard
‹ 1 ... 5 6 7 8 9 10 11 12 ... 45 ›
WARNING: Javascript is currently disabled or is not available in your browser. GlobalGiving makes extensive use of Javascript and will not function properly with Javascript disabled. Please enable Javascript and refresh this page.