10 years made a difference! 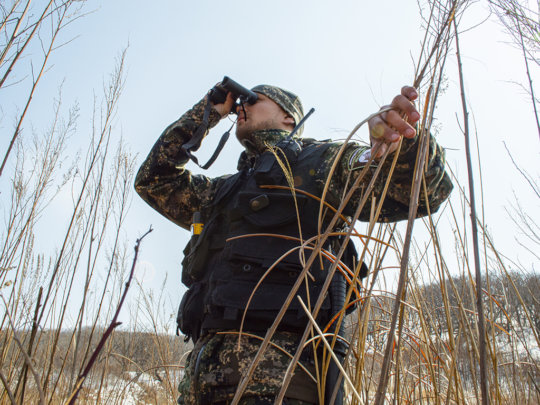 Today we are very happy to change the name of this project! For the ten years that we receive support for Amur leopard conservation from our amazing donors at GlobalGiving we are glad to report that the number of these big cats exceeded 100!

Back in 2010, when we started the project, there were only about 30 spotted cats left in the wild. The results of the last count showed a positive trend: now there are about 100 leopards, including cubs, at the Land of the Leopard national park. Thanks to the combined efforts of many people such an inspiring success became possible and we want to thank you for your invaluable contribution to the cause. With your donations we keep providing fuel, equipment and incentives to the law enforcement team of the national park. From February through May the team was in the field 26-27 days per month. Even with the outbreak of Covid-19 rangers kept patrolling the park on a regular basis and covered more than 500 km on foot. Their highly effective patrolling technics leaves poachers no chances for easy prey. Year after year they’ve gained a reputation of the uncompromising professionals and are well known both among locals and staff from protected areas of the region.

Despite the growing population numbers, Amur leopard that live only in the south-west of the Primorsky krai and a small part of Chinese territory bordering on Russia and, possibly, in North Korea it remains the world’s rarest wild cat. We have to make sure that the Land of Leopard will remain a very safe place for these predators to breed. Let’s ensure this together! 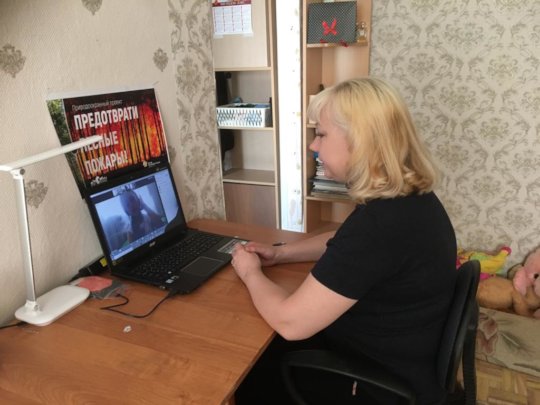 Educator gives a lesson in Zoom

Habitat loss is possibly the greatest threat to the natural world. Every living thing needs somewhere to live, find food and reproduce. It is known that Amur tigers and Amur leopards are under threat from habitat loss due to illegal logging, forest fires, and construction of road network. In 2019-2020, Phoenix focused on the problem of forest fires in the south of the Russian Far East and took steps to help educators and outreach specialist to promote preventive measure of forest fires among schoolchildren.
In March 2020, Phoenix published a teacher's guide with lesson plans, games and scenarios of performances on forest fires topic. On March 22-24, we held an annual workshop for 50 educators and outreach specialists from protected areas of the south of the Russian Far East. During the workshop, we presented the teacher's guide and informed how to use it at classes. One section of the workshop was devoted to the use of games in educational process. We invited special guests from the Sakhalin Island – two specialists from Boomerang Club that produced a good deal of ecological games. They presented their games to the workshop participants and gave recommendations and step-by-step guide how to design a game with account of local landscape, wildlife and ecological problems. The educators from Primorsky and Khabarovsky krais, Amurskaya and Jewish autonomous provinces put a high value on this part of the workshop because they got new ideas for future work with schoolchildren. In addition, during the workshop we presented a comic book “Our Neighbour Tiger” for children with the basic rules on human behaviour in Amur tiger habitat. Main characters, granddad and two grandchildren, tell the do's and don't's when meeting a tiger in the forest. The educators gave high ranks to both the teacher’s guide and the comic book. The book’s copies will be distributed among schools of Primorsky Krai and Jewish Autonomous Province.
The workshop was a success and we were lucky to have it just before Russian President's announcement that in view of the outbreak of coronavirus, a week beginning on March 30 would be an extended holiday for workers, with the exception of key business like pharmacies, banks and supermarkets.
On Thursday, April 2, President Putin prolonged until April 30 a non-working period declared across Russia to try and stem the spread of the coronavirus. It meant that our educators had to use online learning to continue their lessons. Our educators have been using Zoom software to deliver their lessons and to connect with schoolchildren remotely. It was easy enough for children to rehearse their roles in new performances using Zoom platform, however sometimes they face some technical problems, for example slow speed of Internet. In May, the coronavirus lockdown was prolonged till May 12 as Russia did not hit coronavirus peak.
Thanks to your donations we managed to pay educators’ salaries and cover their internet traffic costs! 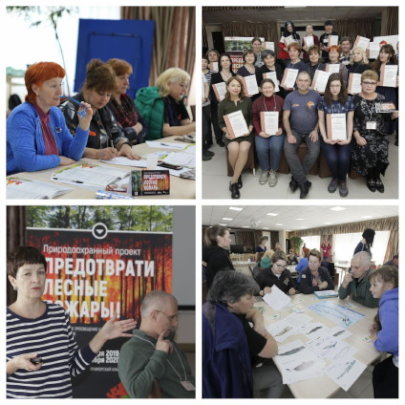 Three poachers detained in the Land of the Leopard 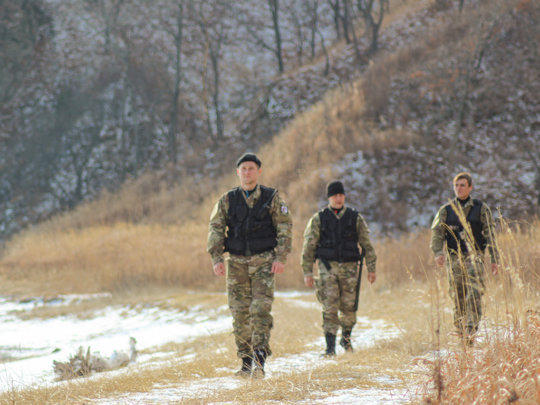 In November, the team carried out 26 anti-poaching patrols to protect the Land of the Leopard National Park. During the month, the rangers continued patrolling along the Nezhinka, Barabashevka and Narva rivers. The team patrolled on foot, by quad bikes and jeep, and made ambushes and with the use of thermal camera tried to detect poachers. The rangers also patrolled around human settlements, such as Bamburovo, Filippovka and Ovchinnikovo villages. No violations were revealed. In November, the rangers attended a special workshop during which they were trained to arrest violators.

In December, the team continued patrolling the park, mostly along Narva river, Ovchinnikova and Filippovka villages and newly assigned territory of Gamov wildlife refuge in order to prevent and reveal poaching. The rangers carried out 27 patrols. In total, the team covered about 180 km on foot.

When patrolling on foot at the central park of the park, the rangers spotted signs indicating that someone had entered the territory by car. Following the tracks the team apprehended two poachers with a backpack full of fresh sika deer meat. The violators are residents of Khasan district. The detainees could not explain its origin of the meat, but soon a site was discovered nearby with the carcass of an ungulate, and traces of a gunshot wound were found in its remains. Rangers called the police officers. They also filled out the materials, collecting and preserving the evidence necessary to initiate a criminal case.

During December, the state inspector of the central subordination team received training in UAV flying in Ussuriysk, and passed exams on the ATV driver course.

In January, the team carried out 23 anti-poaching patrols. During the New Year holidays rangers enhanced the patrol regime due to the predicted surge in poaching over the weekend. Increasing the number of patrols helped protect ungulates - prey of rare Amur leopards and tigers. The rangers were mostly focused on foot patrols.

Special attention was paid to the territories of the national park adjacent to Bamburovo village. When human activities near the Bystraya river were noticed at the end of January, the team focused its attention to this region and conducted patrols there.

On January 14, rangers detained an armed intruder who was hunting in a neighboring hunting lease, and according to his words “accidentally” went into the depths of the national park. The uninvited guest did not have time to kill the animals, but may become a defendant in a criminal case on illegal hunting. It is worth mentioning that in previous years this man has already been repeatedly detained by state inspectors of the Leopard Land for such violations. This fact also does not speak in favor of his version of the accident that happened. Now Police is in charge of the investigation.