Poaching prevented at the park 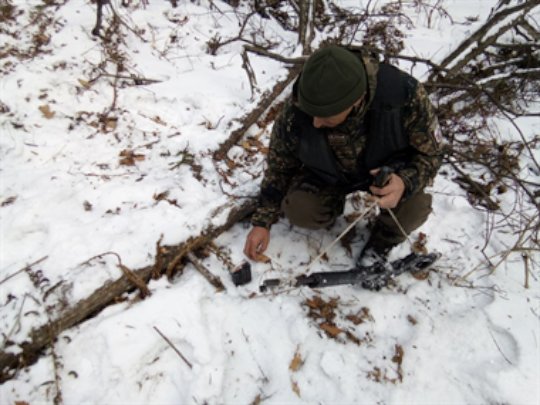 Rifle found in the snow (c) Land of the Leopard

Since the beginning of 2018, the team of central subordination carried out 68 anti-poaching patrols to protect the Land of the Leopard National Park. The rangers were mostly focused on foot patrols. In total, the team covered about 920 km. The rangers patrolled the protected area, adjoining human settlements and the lands between the border patrol fence and the Chinese border.

Special attention was paid to the territories of the national park adjacent to Filippovka village. When human activities (foot prints and tire tacks) near the Bystraya and Filippovka rivers were noticed at the end of January, the team focused its attention to this region and conducted patrols there.

While patrolling near Ovchinnikovo village, the team discovered an illegal logging site. As there were some trees marked to be cut down, the region was put under observation by the team.

Additionally, the team together with professional educator Natalia Drobysheva visited local schools to give lectures on importance of nature conservation.

In January-March, the team carried out a number of UAV patrols to monitor the territory from above.

While patrolling, the team found four tiger tracks, with two belonging to two adult predators and the rest two to two cubs.

On March 1st, during the night patrol in the forest, an unarmed intruder on an ATV was discovered by the team, and later, in the afternoon, a hunting carbine with cartridges was found hidden in the snow. The police officers are working to find a link between the suspicious events.

On March 17, rangers together with the police detained two local residents on the highway Razdolnoye - Khasan. Using a thermal imager, armed men allegedly hunted down ungulates, forced to descend to the road due to deep snow.

The beginning of March brought several large snowfalls to Primorye. In some areas of the Land of the Leopard National Park the thickness of the snow is up to half meter. Ungulates walk down the hills to less snow-covered plains and roads in search of food. In these conditions the team decided to pay more attention to patrolling the route passing through the national park and involve local police officers.

During one of such joint patrols, the attention of rangers and policemen was attracted by a car moving at a minimal speed along the road. The car was stopped by police. When officers requested the driver to show driving license one of the men tried to throw 12 cartridges out of the window. Later it turned out that the detainee had no documents for ammunition. In addition, he was carrying a rifled gun.

The fact that detainees had a thermal imager with them leaves no doubt what exactly they were doing on the track. At present, all the material on the detention was collected and sent to the police for further investigation. Fortunately, violators were caught before they managed to kill any animals.

We thank all our donors for support of the anti-poaching activities of the rangers at the Land of the Leopard National Park! 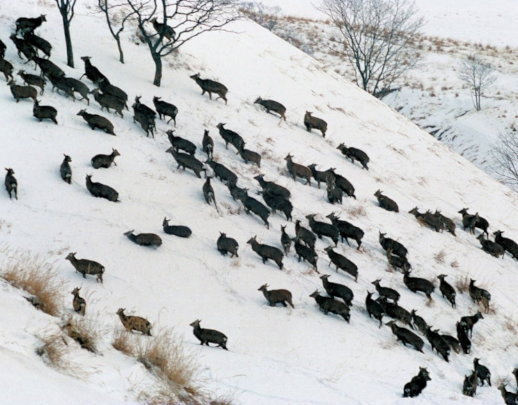 Ungulates at Land of the Leopard (c) G. Shalikov 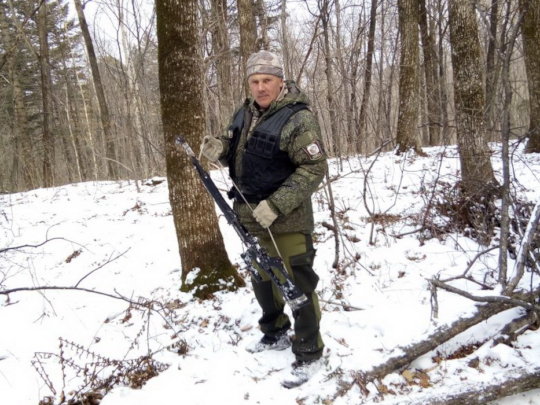 Research and monitoring for tiger conservation 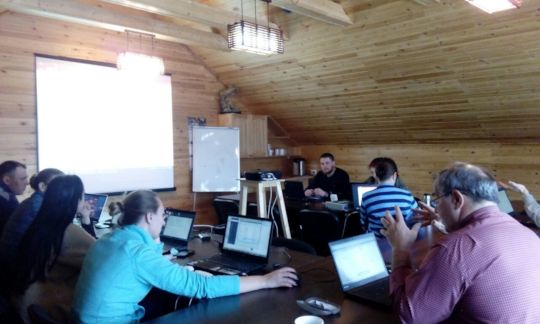 One of the goals of the Save Wild Tigers of Sikhote-Alin project is to collect the best possible scientific information on tiger ecology for use in conservation plans. Through camera traps monitoring WCS specialists, who you support through this GlobalGiving project, study wild Amur tigers’ social structure, land use patterns, food habits, reproduction, mortality, and relationship with other species, including humans.

From March 13 through March 15, 2018 within the limits of the project a unique workshop was held in Terney. Training seminar for tiger specialist and scientists was devoted to learning how to use software, called "CPW Photo Warehouse", developed to manage photographs collected while monitoring with camera traps. For three days participants learnt how to use the program, and how to set up their own database to most effectively protect and manage their own collection of photographs - from badgers to tigers.

Better research results in sound conservation recommendations based upon comprehensive knowledge of tiger ecology and the role of tigers in the forested ecosystems of the Russian Far East that are consistently made and used in law-enforcement strategies at all our Amur tiger protected areas.

In 2017 bones and skins of at least 10 Amur tigers were confiscated from poachers and illegal wildlife traders. In Primorsky krai there were several large confiscations of wildlife products, including one of 1,000 of saiga antlers and 240 walrus tusks (both species are not native to Primorsky krai) and 40 bear gall bladders with a total estimated value of more than USD 1,000,000. These wildlife products were found in a truck attempting to cross the border with China. Another confiscation included 100 bear paws. Encouraging is that in another case a Chinese national received a prison sentence of 3 years and 8 months for illegal possession of tiger bones. This is by far the most severe sentence so far for illegal wildlife trade in Primorsky krai; only a few years ago, illegal possession of wildlife products was an administrative offence with a maximum fine of around USD 100. The confiscations in 2017 show that professional trading networks are active and that tigers and other wildlife are being poached to meet their demand. It makes clear that it remains essential to have good law enforcement at key-protected areas so that they can function as source sites for surrounding forest areas that are less well protected.

Thanks to your support and collaboration of many conservation organizations including Phoenix Fund, WCS and Sikhote-Alin Nature Reserve the project site is one of the safest places for Amur tigers to live and breed. In 2017, we provided support to rangers of the Sikhote-Alin Nature Reserve who conducted regular anti-poaching and habitat protection patrols using SMART law enforcement monitoring program. In 2017, the teams covered more than 12,600 km on vehicles and 4,780 km on foot patrols. Since SMART was introduced in Sikhote-Alin, average scores for three indicators of patrol efforts (foot patrol distance, distance of motorized patrols, and total time spent on patrols) have already increased by 142%, 211% and 160% respectively. And we will try to continue these great efforts with your support! 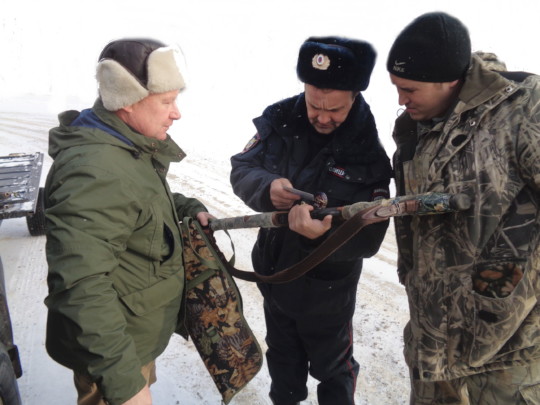 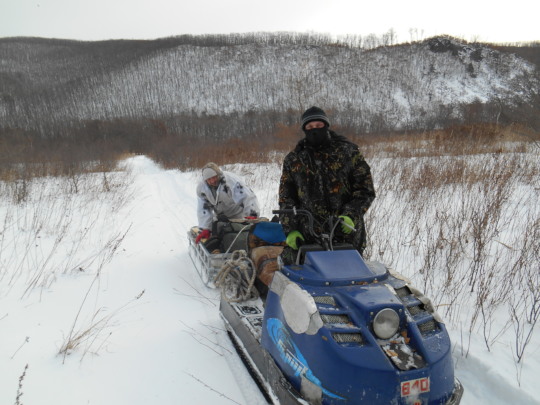 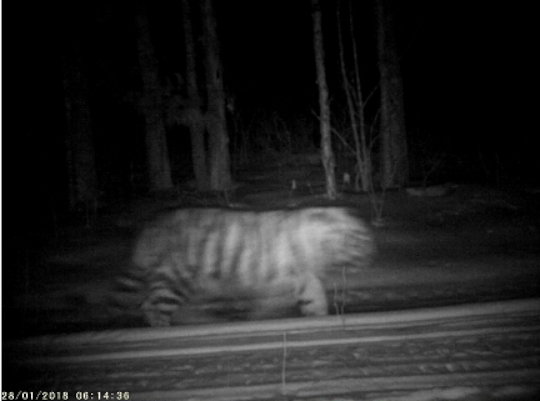 Dear supporters, we have wonderful news to share with you. Cinderella the tigress has become mother for the second time!

As you may remember, in 2012 a 6-month-old orphaned tigress was rescued in Primorye and successfully released back into the wild in Bastak Nature Reserve after a long rehabilitation period. In 2015, Cinderella gave birth to her first litter, the two male cubs.

On February 7, 2018, specialists from ANO "Amur Tiger Center" informed that in early 2018 a 6 or 7-month-old cub was caught on the camera traps installed in and around Bastak Nature Reserve. The video from camera also shows how Cinderella and the young are walking together through their hunting grounds.

Take a look at the video uploaded by ANO "Amur Tiger Center" from a camera trap here https://youtu.be/oeV7aUlh8Ug

Rehabilitation and successful release of Cinderella was possible thanks to joint efforts by the specialists from the Russian Academy of Sciences’ Severtsov Institute of Ecology and Evolution, Phoenix Fund, Centre for Rehabilitation and Reintroduction of Tigers and Other Rare Animals (PRNCO “Tiger Centre”), Wildlife Conservation Society (WCS), International Fund for Animal Welfare (IFAW), Hunting Management Department and Bastak Nature Reserve.

We also would like to thank everyone who helped rehabilitate the tigress through GlobalGiving!

‹ 1 ... 8 9 10 11 12 13 14 15 ... 45 ›
WARNING: Javascript is currently disabled or is not available in your browser. GlobalGiving makes extensive use of Javascript and will not function properly with Javascript disabled. Please enable Javascript and refresh this page.