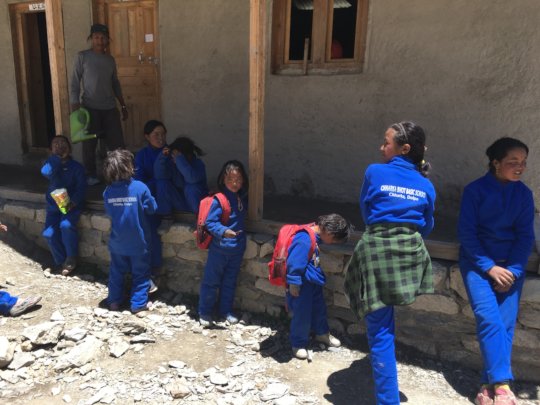 Despite the disruptions caused by the COVID-19 pandemic, Tsharka School opened on time at the beginning of May 2020. Veteran teacher Thupten went up to Chharka in late April to join Tse-wangmo and Choesang to open the school and resume classes. In addition to our three experienced local teachers, we hired a fourth teacher from the village temporarily. The temporary teacher is a young man from Chharka who has studied in Kathmandu.

The school operated at near-full capacity for just over one month, until the end of the first week in June. Then the Mayor of the Municipality that includes the village of Tsharka ordered that the school be shut, because an active case of COVID-19 had been discovered in the Municipality. The case was in a part of the Municipality several days’ walk from Tsharka. Now that two weeks have passed, and there is no sign of infection in Tsharka, we hope that the Mayor will allow the school to reopen soon.

Our School Coordinator Samdup Tsering is currently in Kathmandu endeavoring to purchase educational materials and other materials for the ongoing school building project. He has been waiting for the country to reopen but due to the persistently increasing number of infected cases, the lockdown has been extended and as yet, he has not been able to purchase the materials.

Although operating Tsharka Elementary School is proving exceptionally difficult this year, the teachers ICDF supports are working hard and creatively to ensure our students’ continued progress.

This year, 2020, marked the 25th anniversary celebration of the first elementary school in the Dolpo region, Crystal Mountain School, founded in Do Tarap. Do Tarap is located in the next high valley neighboring Chhaarka (Tsharka). It is a one or two day hike from Tsharka to Do Tarap. Tsharka School sent representatives to the festivities in Do Tarap, including a group of students, who participated by dancing in traditional costumes.

Establishing schools in the high Himalayan region of Dolpo is very difficult. It takes years for a school to become an intrinsic, highly-valued part of the community. Tsharka School, which began operating in a tent in 2003, is now deeply entrenched in the Chhaarka community, as Crystal Mountain School is in Do Tarap.

This year, for the first time, thanks to a special grant, classes at Tsharka School were extended into November. Students were able to continue their studies beyond the April-October school season. Now housed in newly built classrooms, Tsharka School is developing — and students are thriving. 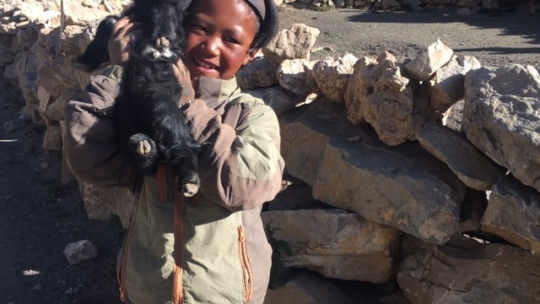 The 2019 school year at Tsharka (Chharka) School was successfully completed at the end of October, when snow was falling in the Himalayan region of Dolpo, and the high passes were nearly closed.

This was a year of consolidating the previous several years of ambitious improvements to the school campus. Students, proudly wearing their new blue uniforms, attended classes in the two newly-constructed classroom blocks. The wind generator hummed along, producing power to charge computer batteries, operate a printer and projector, and provide light to the school.

As the school facilities continue to improve, and the quality of instruction at Tsharka School maintains its high standard, more families in Tsharka are sending their children to the local school. In addition, the school welcomed a few students from the neighboring village of Barong, who stayed at the temporary hostel, along with several other students whose families were herding their yaks and goats in the high pastures.

The next project on the agenda is the potential construction of a passive solar-heated building that can be used for classrooms during the winter for the children who remain in Tsharka with their families year-round. We will keep you posted! 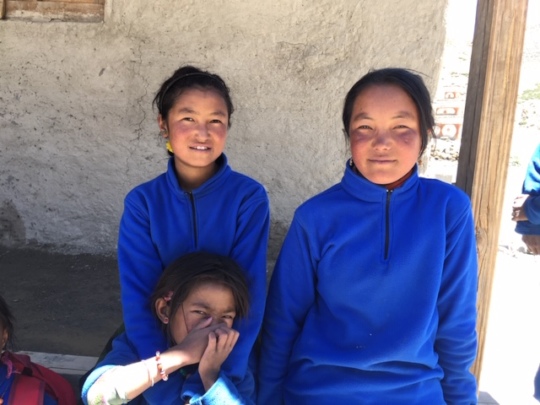 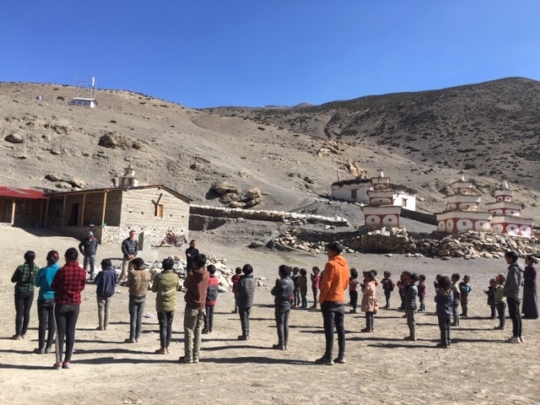 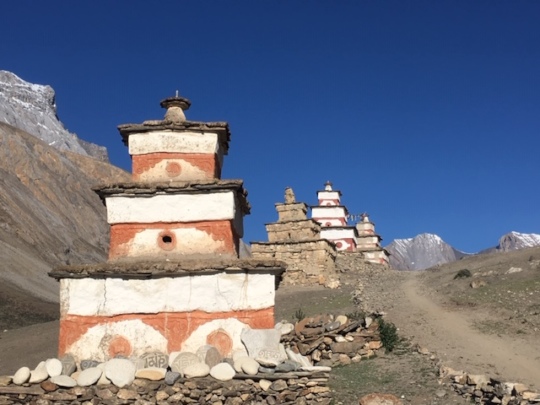 Tsharka's iconic chortens
‹ 1 2 3 4 ›
WARNING: Javascript is currently disabled or is not available in your browser. GlobalGiving makes extensive use of Javascript and will not function properly with Javascript disabled. Please enable Javascript and refresh this page.