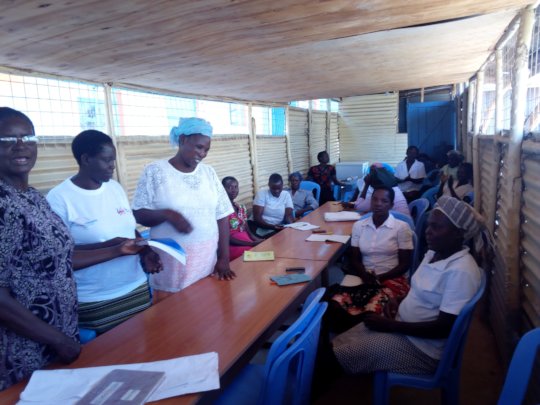 This is a report of the training that we conducted at Migori for disenfranchised women on the 9th to 12th April, 2018 for a period of four days. The members of this group also got recruited as a result of seeing the outcomes on the previous participants and their groups. They got interested and approached us to train them. This request was brought to us as early as December 2017 but due to so many of such requests, we could only book them for a training in the month of April, 2018. We also do a lot of assessment before accepting to conduct such a workshop to a group. We must assess the need and the seriousness of the group. They mobilized 30 participants but only 27 women turned up and managed to attend the empowerment workshop consistently for the four days.

This group was very grateful after the training and they are now out there working towards their new conceived visions. They have taken a totally different path from the previous one they used to follow. They realised that they have been using a pathological approach to issues. they have chosen to focus on possibilities in both their individual and communal endeavours. They were very grateful for the workshop as it opened their eyes.

This training focused on the disenfranchised women drawn from across Wuoth ogik village of Suna West constituency.

This entailed taking the participants over the seven life areas as prescribed by the empowerment methodology. The entire model was packaged as follows:

Day 3: Sexuality and the Body

Two women could only listen to Dholuo and there were also three who couldn’t get dholuo. I had to use the Kiswahili and Dholuo interchangeably in order to reach out to all the participants a like.

Some of the women had commitments elsewhere as it is not possible to really get time that is convenient to everyone invited. We therefore could not get everyone invited on board. We ended up with 23 participants out of the 30 invited.

The training was successful because it met the objectives that had been set. We thank 100MHL for making this possible. 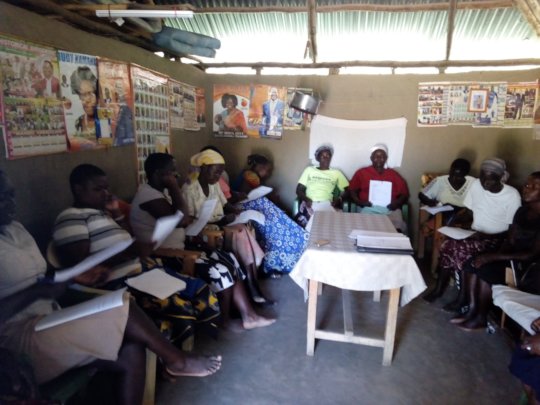 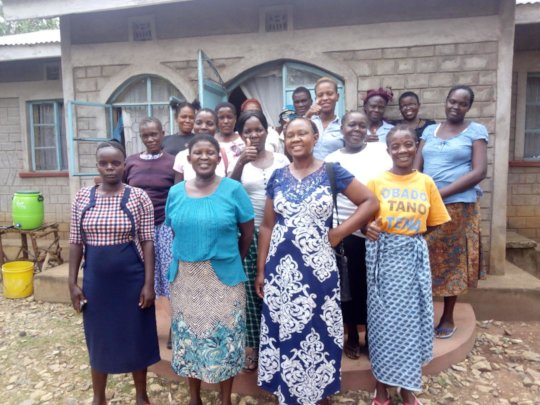 women pose for a group photo during session
INTRODUCTION This Empowerment workshop was conducted to disenfranchised women of Migori on the 19th February, 2018 t0 22nd February, 2018 for a period of four days. The training session had been difficult to put up, conserving the varied personal schedules of the prospective participants but when we got the best time for all, it became very successful. Many women came to this workshop having no vision in life at all. Others came with visions but had no means of achieving or reaching their visions. This training was an eye opener to them because those who had no visions came out having known how to craft a compelling vision and they left with visions to work towards. Those who had visions and no means left the workshop knowing what to do to get to their life dreams. 2.0 TARGET GROUP This training focused on the disenfranchised women drawn from Wuoth Ogik and Saa Yote villages in Suna West Sub County. 3.0 TRAINING OBJECTIVES These were three-fold: To examine the peculiar reasons for the women's disenfranchisement; To help the women become self-aware and be able to develop compelling life dreams and be committed to achieving them. To take the said women through the empowerment training model with the aim of helping the overcome their growing edges. 4.0 THE PROCESS This entailed taking the participants over the seven life areas as prescribed by the empowerment methodology. The entire model was packaged as follows: Day 1: Personal Growth Foundation Day 2: Personal power, Emotions and Relationships Day 3: Sexuality and the Body Day 4: Money, work and Spirituality 5.0 CHALLENGES These are women who come from one community and so opening up was not easy as some of them feared their issues would be out if they shared. It was not easy to bring these women to start sharing their experiences openly. The training was done during dry season where water was hard to get. We had to stop training early enough, at 3.00 pm, to enable the women go fetch for water for family use. 6.0 ACHIEVEMENTS We managed to bring these women to appoint of sharing openly and we had very good interactive sessions with them. The women were able to do self-assessment and acquired self-awareness. Each of them developed vision in different areas of life. The women who had visions in life got to know how to work towards achieving their dreams. They got the tools needed to achieve the dreams. We are looking forward to great results from this team. 7.0 CONCLUSION The training was successful because it met the objectives that had been set. 8.0 RECOMMENDATIONS The participants need to be followed up in order to assess their respective growths over time. Some of the women may need a repeat of the same workshop to be able to really internalize this concept of growth. These are achieved through the follow-up. Peer support and consultation is highly encouraged in order to sustain the application of the knowledge imparted and the skills given. The table banking activity introduced in the group could provide the motivation for the support group to keep meeting as we aspire to achieve optimum personal growth. 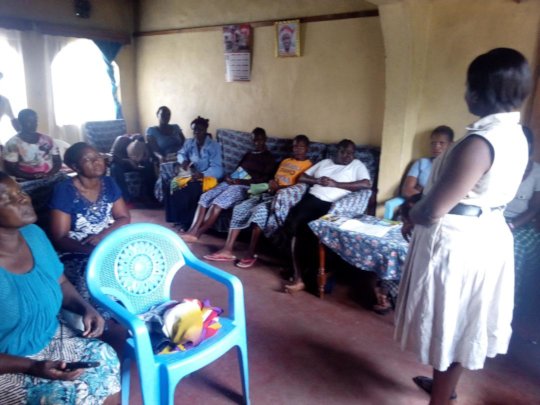 women follow the session closely
‹ 1 2 3 4 5
WARNING: Javascript is currently disabled or is not available in your browser. GlobalGiving makes extensive use of Javascript and will not function properly with Javascript disabled. Please enable Javascript and refresh this page.