Come to Their Rescue - Coconut's Story 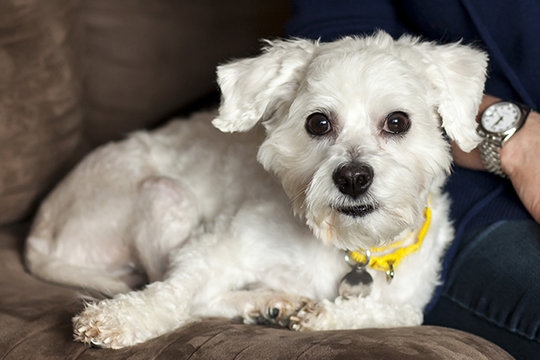 A yelp in the dark. A howl. A bark. No one knows for certain how Coconut reacted when he was hit by a car on a cold December night, but what we do know is that what happened afterward is nothing short of a miracle.

A Good Samaritan found Coconut on the road after the accident in Westchester County, New York. The driver who hit him had long since left the scene, and the pint-sized Maltese mix was in severe distress. He had no tags or microchip and no one seemed to be looking for him.

Coconut was rushed to a nearby 24-hour veterinary emergency hospital, where doctors stabilized him just as he began to lose oxygen and turn blue. After taking radiographs, the extent of his injuries became clear: His diaphragm (the muscle between the chest cavity and abdomen) was ruptured, pushing the dog’s intestines up into his chest cavity. Radiographs also showed a shattered pelvis and a dislocated left hip.

Despite his pain, Coconut radiated a will to live and a loving soul. Once he was strong enough, he was transferred to the ASPCA Animal Hospital (AAH) for further evaluation and surgery.

“He was our Christmas present,” said Dr. J’mai Gayle, Director of Surgery at AAH. In a single operation, Dr. Gayle popped Coconut’s hip back into its socket and repaired torn ligaments and fractures. Coconut was also treated for skin wounds, road rash and bruising—painful reminders of his encounter with the automobile. For two weeks he remained at AAH, during which time he befriended every veterinarian, animal care technician and staff member who glanced into his soulful brown eyes. In January, he was placed into a foster home.

“He’s the most phenomenal dog,” said his foster mom, Dr. Jennifer Lander, a veterinarian who works in the ASPCA’s Adoption and Spay/Neuter departments. “Through his arrival, surgery, post-surgery, physical therapy and fostering, he accepted all handling, which is really amazing. It’s hard to imagine how awful he must have felt.”

Dr. Lander conducted physical therapy on Coconut’s right knee and left hip. She noted that he likes to sleep with her oldest son, is housebroken, rarely barks, and prefers the company of one person over many. On February 11, Coconut was X-rayed again and received a glowing report.

THANK YOU! Your support through Global Giving has raised over 14 thousand dollars to help shelter pets like Coconut. Our lifesaving work would be impossible without the generosity of friends like you!

2/23/15 Update: Coconut has been adopted! Head over to aspca.org/adopt to meet more animals in need of a loving home. 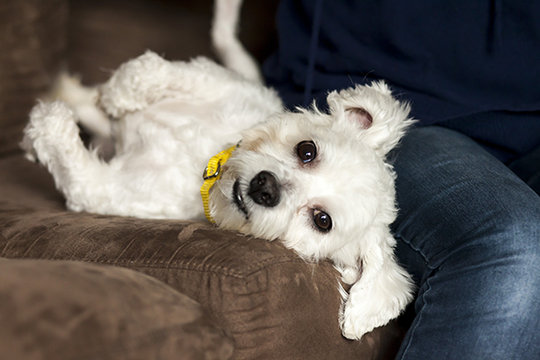 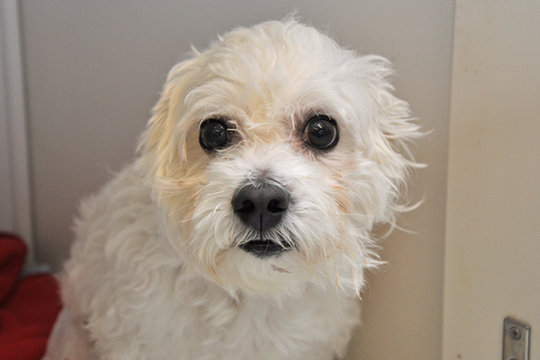