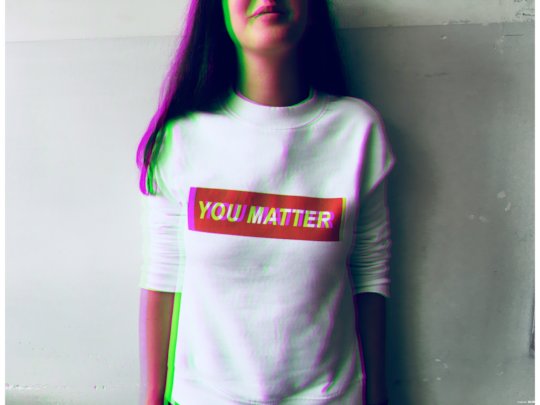 Hope Trust are continuing to counsel people in all age groups, including teenagers.  We plan to organise another support group to commence in November and are organising another vigil in support of families who have lost loved ones to suicide at the end of October.  Thank you to all those who have continued to support us, this has really been very encouraging and helpful in reaching more people in need.

We are delighted to discover that the suicide rate is reportedly decreasing in Ireland!

According to The Irish Central Statistical Office who have released their Vital Statistics Yearly Summary for 2017, which has revealed that there were 392 recorded suicides last year, down slightly from the 399 recorded in 2016.  Unfortunately there are still far too many people at risk of suicide through poor mental health though.

Unicef, the United Nations’ childrens’ arm, has released its latest report card on child well-being which shows that Ireland’s rate for teens losing their lives by suicide is above the international average. Apparently Ireland has the fourth highest rate of suicide amongst teenagers in the EU.

The report also shows a rise in the self-reporting of mental health issues among adolescents in Ireland – with 22.6% of children aged between 11 and 15 stating they had experienced two or more psychological symptoms more than once a week.

According to the Irish Examiner (31 May, 2018) “There is a new profile of women dying by suicide (early 20s to mid-30s),” which has increased the suicide rate to be on par with that of men in the city.Many women have “small primary school children, [aged] one-plus up to teenagers.” Usually, these women are either poor or have been in poverty, left school early, are homeless, or have had negative childhood experiences that, in some cases, led to drug and other forms of substance abuse.”

As you can see there is still a lot of support needed.  Please help us to help them. 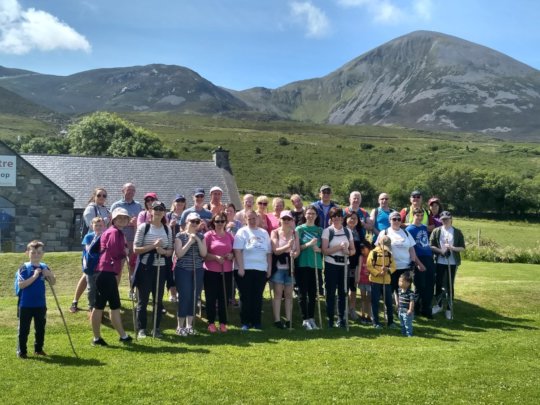 This past month of June has been a really active month for the charity.  Not only in the counselling being offered on an ongoing basis but there were three other significant events happening.

The first was the successful completion of a series of four workshops equipping people within the community to respond effectively to those struggling with life issues including suicide and self-harm.  The group attending were enthusiastic and will hopefully, be better informed when facing people struggling with issues in the future.

The second was the completion of a support group which was aimed at not only equipping future facilitators, but also giving them an experience of what the various exercises 'felt' like - thus giving a fuller knowledge of how future attendees may respond in a group.  We were delighted with the outcome and the level of involvement engaged in, and look forward to integrating new facilitators in future months.

The third was a support group of a completely different nature.  Local supporters of the Hope Trust charity, who believe in the work we are doing, and wanted to participate in sharing 'hope' with those who have lost it, organised a sponsored climb up the famous Croagh Patrick mountain in Mayo county, West Ireland.  The event was attended by around 30 ordinary folk of varying ages and degrees of fitness!  This included 6 family groups who spurred each other on to reach the top - all 2507 feet of it, along very rough and rocky terrain.

We as a charity are extremely grateful to all our donors - the work we do often necessitates a lot of privacy and as a result not a lot of public exposure.  To have people consistently offering support adds value to the work we are undertaking and is really encouraging.

Thank you to all our donors, we appreciate you all! 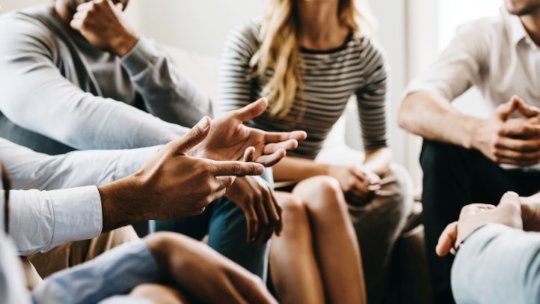 Hope Trust would like to thank GlobalGiving and all those who have supported our organisation over this past year.

Suicide continues to be an ongoing issue in Ireland with statistics that horrify most people in this country.  However the levels of stigma being experienced by families affected by the loss of loved ones to suicide continues and public ignorance over how to respond or react to those with mental health problems will take more time, education and understanding.  Hope Trust intended to run a group for individuals affected by the loss of loved ones to suicide, however this has been met with hesitation over who might be attending the group, how public their loss might become and whether they would become overwhelmed in front of strangers.

We are not deterred however and will be running a confidential bereavement group instead where we hope to integrate those suffering all types of loss through death.  We hope that this approach may help in encouraging others to join future groups.

We have run three workshops and are due to run a fourth on suicide and self harm in June.  We have also produced a book now on this subject aimed at equipping people to be more relevant and helpful towards those who struggle with poor mental health. Hopefully this will assist in addressing the stigma suffering families experience and lead to understanding and empowering people to become more supportive.

Due to the help of your donations we have been able to increase our volunteer base and this has lead to an increase in counselling hours in both Galway and Roscommon.  Thank you so much for your encouragements and support - we could not have done all of this without your help.