Our Philosophy Is They ALL Deserve A Chance! 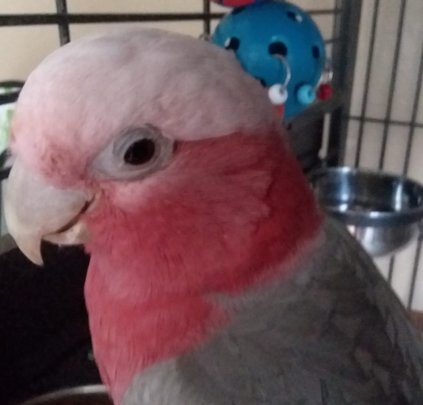 We aren't called Avian Underdogs for no reason. Did you know that certain species of wild birds in the United States have no protection under state and federal law because they are not native to the United States or North America? Did you know that domestic and exotic species of birds can be dumped, released, or killed with no real punishment of the perpetrators? Well, it's true. We take in these wild birds who have no "legal" standing in our country as well as the dumped, released, relinquished, and abandoned domestic and exotic birds, and help them as best we can.

Baby bird season here in Southern California started late this year and will probably run late this year. Our first baby birds in need of help didn't start showing up until March this year. In past years, it's been as early as late January. The English House Sparrows are usually the first on the scene, followed a bit later by the European Starlings, Japanese White Eyes, Nutmeg Mannikins, and Pin-tailed Whydahs. These are all non-native to the United States. Year around non-natives include the feral pigeons pigeons and Eurasian Collared Doves.Add in the wild parrots that are numerous here in Southern California, and we have had our hands full.

Our veterinary expenses have ben astronomical for a small group such as we are. Milo, the rose breated cockatoo exceeded $4,000, and Lucky, the Amazon, is sitting at about $1,000. Add to that the small birds at another $2,000 for all of them, and we are strapped for veterinary funds. Please help us with a donation if you can.

Thank you for all your support, and please be willing to continue to help! We can't do it without your donations! 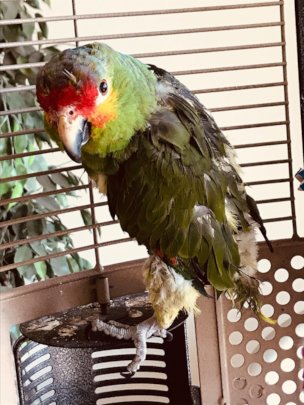 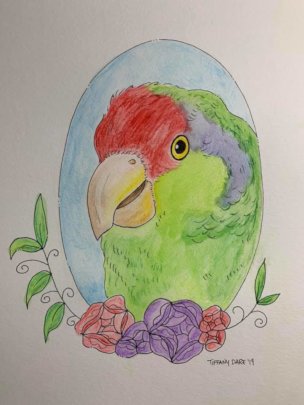 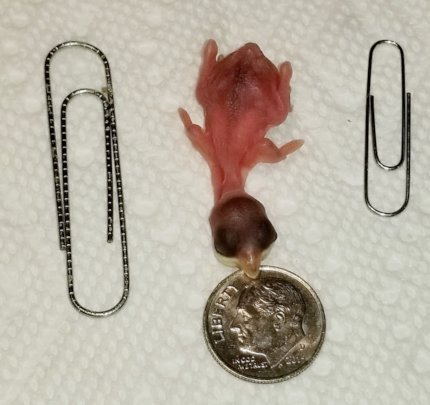 How could you possibly not help this tiny baby? 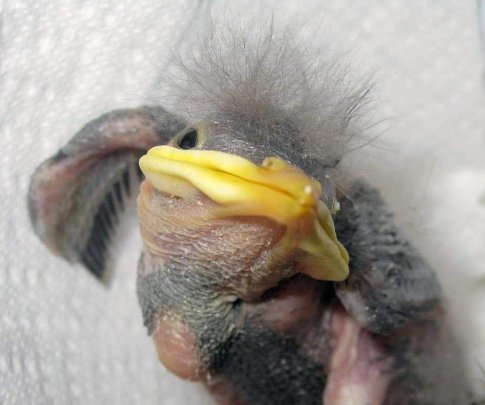 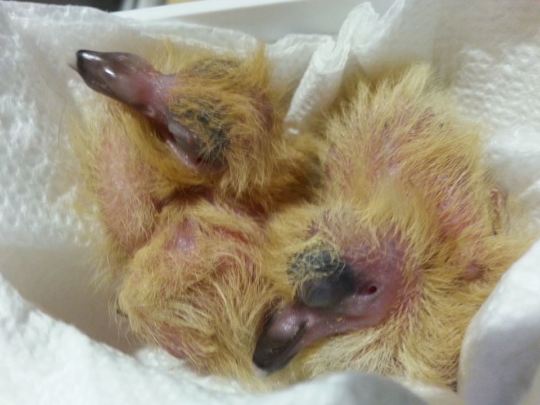 Baby Pigeons destined for the trash bin but saved
Jun 3, 2019

Birds & Biosecurity ~ Birds Are Depending On YOU! 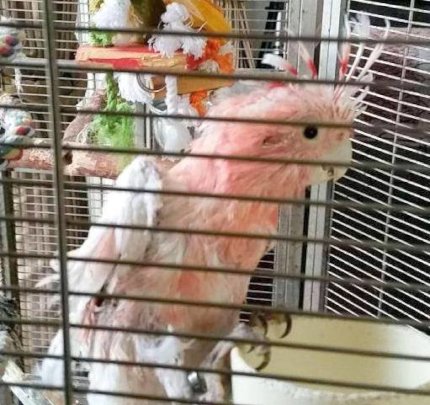 Whether you are an individual bird owner, a bird rescue, a bird breeder, a backyard bird enthusiast, or simply an interested party, biosecurity is of the utmost importance to protect the health of the birds we love. Southern California is experiencing an outbreak of Virulent Newcastle Disease (vND) which started in 2018 and which has resulted in the euthanasia deaths of more than 1 million birds to date. The most recent positive case of vND was only a few days ago on May 29, 2019 in San Bernardino County CA. vND  is a contagious and fatal viral disease affecting the respiratory, nervous and digestive systems of birds and poultry. There is no cure, and there is no effective vaccine currently available to combat this strain. The method used to eradicate vND is euthanasia of all birds that have been or may have been exposed to vND.

We are fortunate here in Orange County CA where Avian Underdogs Rescue Association is located to be vND free and not under quarantine. The entire County of Los Angeles as well as substantial areas of Riverside and San Bernardino Counties are under quarantine for vND. The quarantine requires that no birds be moved into, out of, or within a quarantine area.

Wondering what biosecurity is and how it works? Please refer to this link for detailed information:

No doubt, you are wondering what all this really has to do with you. vND CAN affect birds other than poultry, and if you are a bird owner in an area where there have been positive cases of vND, your birds are subject to euthanasia regardless of what type of birds they are. This is not something to be uninformed about. Please take the time to educate yourself about vND, the quarantine, and whether or not your birds are at risk of euthanasia.

Tango is a young male parrot that was purchased to become a breeder. Tango started out as a healthy and vibrant young parrot. Tango's owner attended a bird related event where he encountered a bird that had PBFD (psittacine beak and feather disease). Tango's owner unknowingly brought the PBFD virus home on his person/clothing, and Tango was infected. PBFD has no cure and is always ultimately fatal. Had Tango's owner practiced good biosecurity, he would not have brought this virus home with him. Tango will pay the ultimate price for this biosecurity failure with his life. PBFD is very contagious to other Psittacine birds, so we  placed Tango in a hospice sanctuary where there are no other parrots. He will live out his life there. Tango requires vet visits approximately every 3 weeks to assure there are no bacterial or fungal infections further compromising him and to get his now deformed beak shaped,

We apologize for this somewhat 'Debbie Downer" report, but is is factual. This IS what is happening. Thank you all so very much for your continued support! 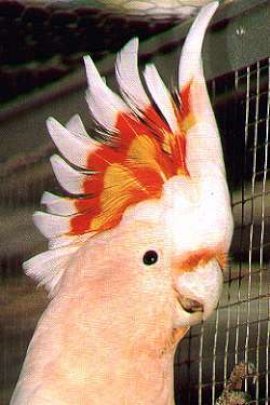 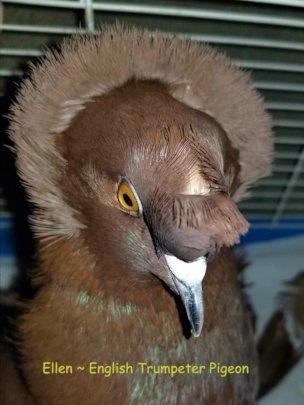 Avian Underdogs Rescue Association takes in a wide variety of wild and domestic/exotic birds that find themselves in need of help. From January 1, 2018 through December 31, 2018 we assisted a total of 773 avian underdogs. Baby bird season 2019 has not yet started here in Southern California, but it won't be long before we will be taking in and caring for dozens and dozens of baby birds over the coming months as well as the sick, injured, and abandoned birds that come our way throughout the year. We are so very grateful to have had your generous financial support in 2018. We are asking for your continued support in 2019. Thank you in advance for making it possible for us to continue assisting the avian underdogs in our area.

Since we take in many diverse species of birds, we want to have you meet some of our recent flock members. These birds are not typically found out on their own and have no ability to survive on their own. As you wll see, they are all quite different types of birds.

Ellen - English Trumpeter Pigeon: Ellen was picked up by a local animal control agency as a stray. She spent her 5 day hold time in the shelter and no owner came forward to claim her. Avian Underdogs Rescue Association (AURA) adopted her from the shelter and has an adoption pending for her where she wil be safe and well cared for as a pet. Ellen is a fancy pigeon also known as a show pigeon. She has zero ability to survive on her own for the long term. There are several hundred breeds of domestic pigeons, and many of them are strictly show pigeons like Ellen and have no ability to survive on their own.

Yuki - White Canary: Yuki was found in a local shopping center and taken to a pet store in that center for care until a rescue could located. We were that rescue!  Yuki was posted on lost and found sites, but no owner came forward. Yuki quickly found his forever home with one of our adopters and is now living the good life.

Zebra Finch: This handsome boy and three other zebra finches were abandoned in the Los Angeles area and found and taken in by a Good Samaritan. The Good Sam cared for them as long as she could and then sought a rescue for them. One of our directors make the trip in pouring rain to get these lovely little birds. They have been in the care of AURA since that time.

Ringneck Dove: This unfortunate domestic dove had been shot with a pellet gun and was gravely injured. It was found in Anaheim and gotten to us for care. Sadly, it succumbed to the injury.

White Japanese Coturnix Quail: This bird was also picked up as a stray by a local animal control agency, spent her 5 day hold time, and was not claimed by an owner. AURA adopted her from the shelter and found her a wonderful home where is a well loved and well cared for pet.

African Ringeck Parrot/Parakeet: This little green beauty was found in Lake Elsinore and taken to a pet store for care. AURA was contacted about her and arrangements were made for her to come to us. She is extremely untame, extremely fearful of humans, and needs lots of slow and easy TLC to allow her to understand that she is now safe.

Thank you for reading and meeting these Avian Underdogs! 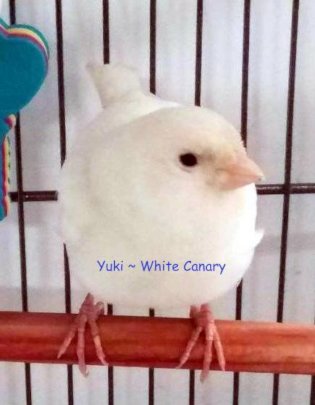 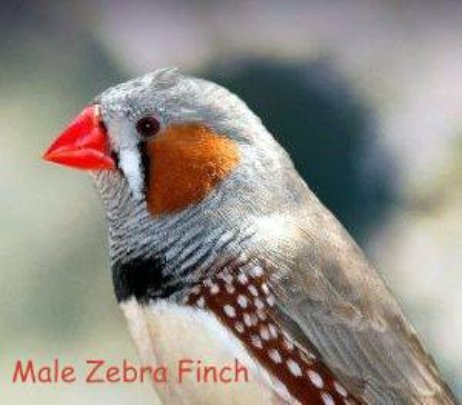 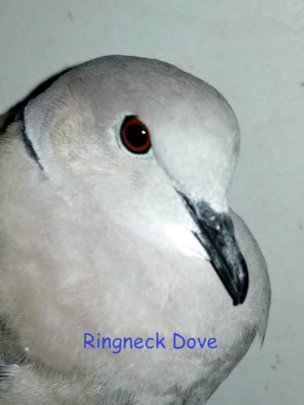 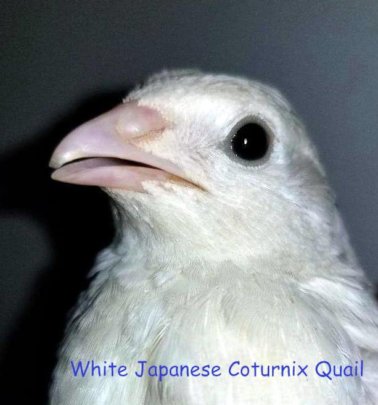 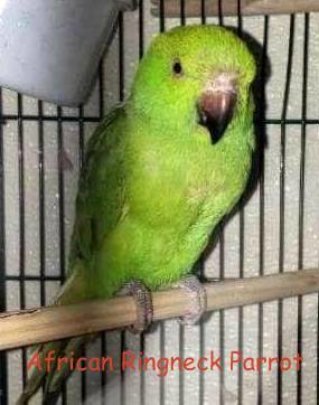