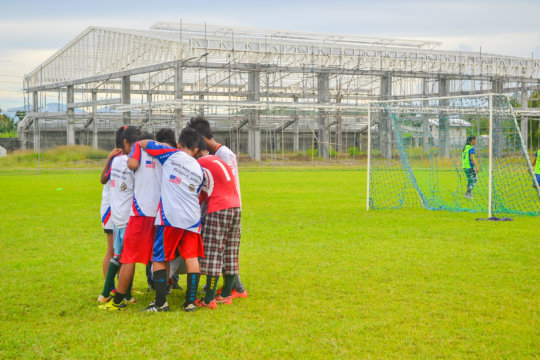 Greetings from the Philippines!

Thank you for the continuous support of the "Football for Life Academy" project! We would like to share with you some news and recent developments which have taken place in the last few months.

As the tradition goes, in February we took our most committed children to the Thirsty Cup in the City of Cebu. Once again it became a journey of life for many Football for Life participants. Not only the trip resulted in various friendships formed with fellows from all over the Philippines, it also triggered new dreams and ambitions among our children.

Same month, we finalized our membership in the world-wide streetfoorballworld network. It is a network of like-minded organizations which use football as a tool to drive social change in their respective communities. Ever since becoming a part of this great group, we have been able to enrich our knowledge and awareness about how football can change lives and give hope. Please check our network profile here.

In March, together with Arsenal in the Community – whose youth coaches (so called “gappers”) we were hosting for the 2nd time – we organized the 1st leg of Copa Tacloban 2017. This event culminated a fantastic 10 weeks that saw “gappers” Coach Andy and Coach Tom join us in Tacloban. Check the photos of the Copa here. Perhaps, you would also like to read Coach Andy’s blog where he shares his Football for Life experience!

Same month, we took part in Regional PUMA Se7ens Cup. It was a great opportunity for all our children, especially those in the U15 Girls and Women’s Team categories, as they were crowned regional champions. Read Laica, our Football for Life participant, sharing her thoughts and impressions of the Cup here!

In April, we were approached by Horizon Sport residing in France, who wanted to explore the impact of our project. Their team traveled to the Philippines and documented our work in a wonderful video which tells a story of our youth football coach Reuben Ranille, who overcame a lot of hardships and came to be a role model, a hero, for the children he coaches.

Same month, our community teams participated in Hyundai Cup 2017 – which turned out to be a great day for everyone. Our girls showed admirable teamwork, and the boys – the youngest and smallest ones from our teams – amazed us all, as they showed a strong front, even against players almost twice their size. Check out the photos from the Cup here. April concluded with San Joaquin Football Festival 2017 (check out some photos here). What a month! Full of true celebration of life, happiness and childhood!

The month of May, perhaps, has been the most fantastic month of all! Not only we welcomed the 3rd (!) batch of Arsenal in the Community youth coaches – Esther and Joe (guess “gappers” like our programme, after all), but also shaped a path to two new wonderful partnerships!

First of all, we received an endorsement of the Philippine Department of Education which highly evaluated the impact of our work and impressed willingness to explore a joint effort in the future.

Also, we joined hands with PANDOO Foundation, in order to pilot Football for Life project in the most marginalized communities of the City of Cebu. This is a strategic move for our organization as it means expansion and replication of the Football for Life project model – which brings us a step closer to the desired scalability. The pilot has been successfully running in Cebu for a month now, and we are exploring how we will build a strong base there. This project will be the main focus of our work and effort in the upcoming months. Read more about this exciting project expansion here.

So, as you see – a lot of exciting work is ahead and we are fully ready to immerse into it! Stay tuned and with the next report learn who of our coaches is going to the USA and why, how our Champions Curriculum is coming along, and what SATUC Cup is all about! 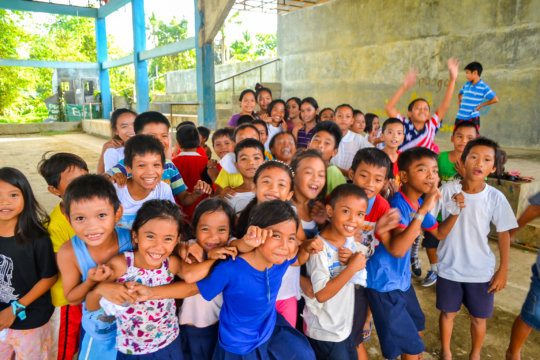 Happy Together (photo by M.Inocando) 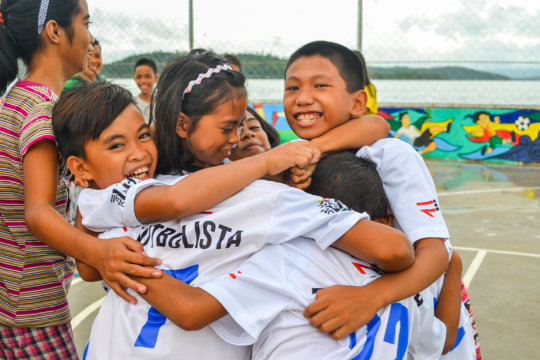 The last few months have been very dynamic - on top of hosting regular football sessions across our 10 locations, we have been part of a series of exciting new developments!

On November 13, in light of the anniversary of the super typhoon Haiyan which hit the city 3 years ago, we hosted a whole day intersite futsal tournament on at RTR Plaza. The tournament gathered Fooftball for Life teams coming from 8 different sites namely Fisherman’s, Caibaan, Sagkahan, Abucay, Anibong, San Isidro, New Kawayan and RTR, and it also included a team from CIE British International School where we have also been regularly delivering football sessions for the past months. We used this event as a tool to communicate an important message - we survived the typhoon, but we refuse to be victims! Read more about this event here.

In December, UEFA Foundation for Children announced 12 new projects the foundation will support world-wide. We are proud that Football for Life is one of them. Foundation and FundLife have signed partnership for the upcoming 3 years which is aimed at continuing the successful work of Football for Life program, as well as further expanding of its educational aspect. Read more about this here.

That same month we also announced a partnership with FIFA Football for Hope. This followed a rigorous financial and operational audit by FIFA to ensure FundLife has the proper governance and competence procedures in place to join its global network of NGO partners using Football for Social Impact. The partnership will see FIFA Football for Hope provide USD 15,000 for the year of 2017 in the form of restricted funding for FundLife’s work to support children in Tacloban. Read more about this here.

In January, we welcomed two Arsenal Club youth coaches who will be staying with us in Tacloban for 3 months. They will train our local football coaches and run a series of events and clinics for our beneficiary children. This is a part of the partnership Arsenal Club and FundLife reached in 2016; and this is the 2nd 3-month program so far.

In February, our team travelled to London to discuss potential partnerships with like-minded organizations, and later to Munich to receive Social Awareness Award given at ISPO Munich. ISPO is the world's largest sports start-ups space which places innovation above all. Read more about this here. 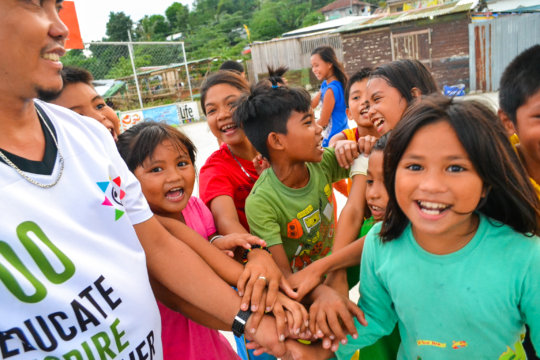 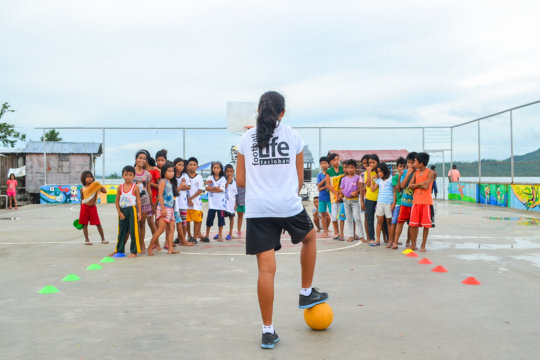 Discipline is the Key (photo by M. Inocando) 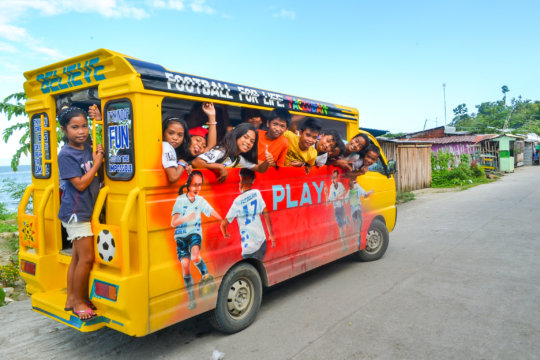