Another winter, another struggle for refugees 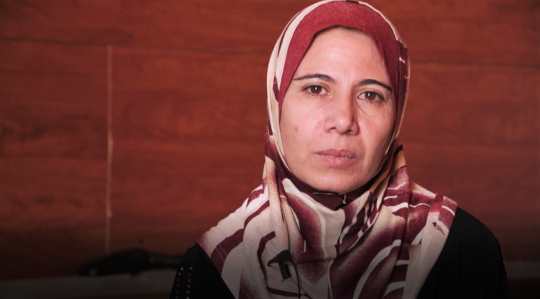 As the war rages on in Syria, the refugees in Lebanon are facing yet another winter in the camps.

The little money available to the Syrian refugee families in Lebanon will now be used to keep warm and dry in the coming months, making it more difficult for women to purchase essential feminine hygiene products.

Bar Elias, Bekaa valley – Lebanon’s largest Syrian refugee camp, is still home to many Syrian refugees who have fled from the war just beyond the hill to a place they once called home.

With only a handful of their belongings, Syrian refugee women were forced to flee for their lives without even considering if they had enough undergarments and sanitary products. In May 2017, we distributed 700 female hygiene packs to women in need to provide them with the means to manage their period in a sanitary manner, and we are now preparing for another distribution.

The packs will be delivered in early October 2017 and will provide essential toiletries that many of the women have not had access to since leaving Syria. During our last distribution, we were made aware that underwear and sanitary pads were the most needed products, and as a result of this need we have increased the supply in our next distribution.

We’ll be keeping you updated on the details of our next distribution in October. 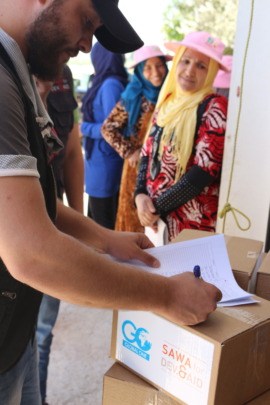 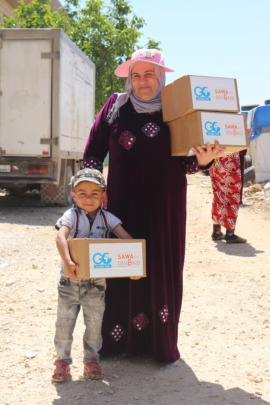 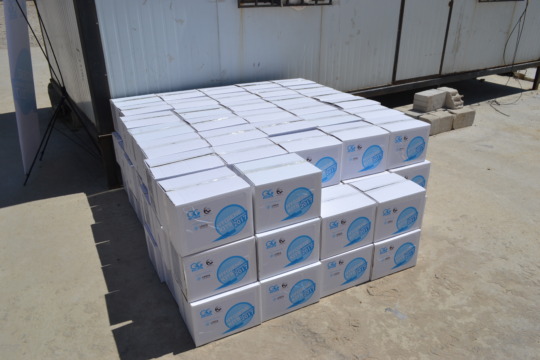 “If you look up there; just behind that hill is Syria”, a refugee girl in Beqaa refugee camp.

When you stand in Bar Elias, Bekaa valley; Lebanon’s largest Syrian refugee camp, you can look across the mountains to Syria. Bekaa valley is home to the largest population of the 2.2 million Syrian refugees currently living in camps in Lebanon.

Syrian refugees have fled war torn Syria with a few of their belongings and the realisation that their lives will never be the same. We were in Bar Elias and other refugee camps in early May to distribute the 700 Female Hygiene Packs that you generously donated, taking crucial items directly to girls and women in need.

On our trip we met many incredible women. Their stories were heart wrenching, but their strength and courage was inspiring. Each tent had a different story.

In the very first tent we visited we met 14 year old Fatima and her mother, the two of them travelled to Lebanon with their father two years ago. Fatima told us about how they all lived in a large apartment in Syria; and were extremely close with their grandparents, cousins, and aunts and uncles.

She tells us that her grandfather had been released from hospital that evening when she went with her family to visit him after school. After making sure he was okay, they left to return home to have dinner. Once she was a few paces from her grandfather’s house, a bomb fell on it and her whole family was killed.

She fled with her parents with very few belongings to Lebanon and came to the refugee camp. When the Global One team met her and her mother, and gave her the Female Hygiene Pack, Fatima broke down and told us that neither her nor her mother have had knickers since they left their home 2 years ago. The most basic items, without which girls and women feel they have lost their dignity.

“I wish I had died in the attack that killed my family…” she said.

Global One delivered 700 female hygiene kits to girls and women in refugee camps in Bekaa valley in Lebanon and inside Syria in May 2017.

This Ramadan, we will be raising funds to give the same mothers and their new born babies the gift of a healthy start in life, with our Box for Life campaign. 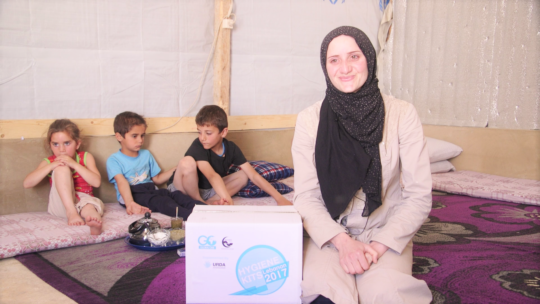 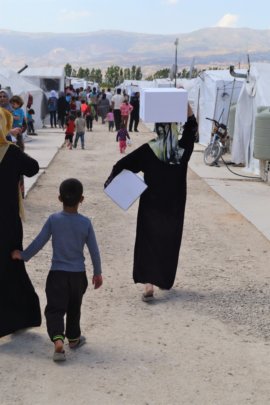 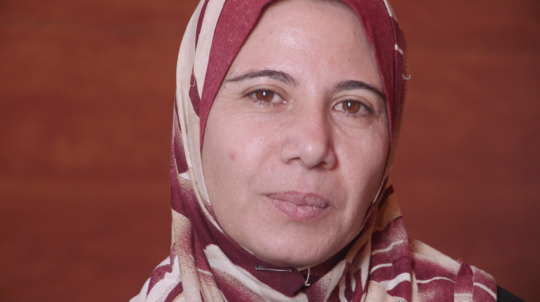 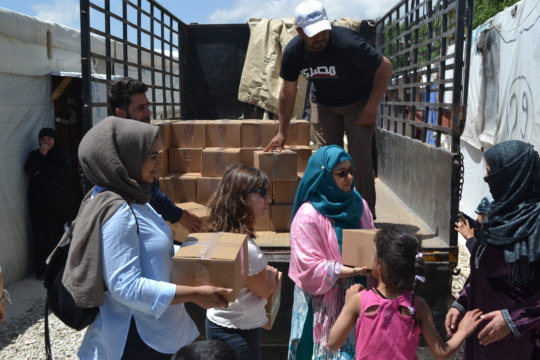 The Global One Team 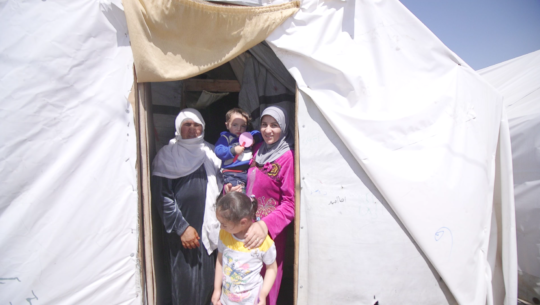 Thanks to all of your wonderful donations, we will be distributing 700 hygiene kits in March! 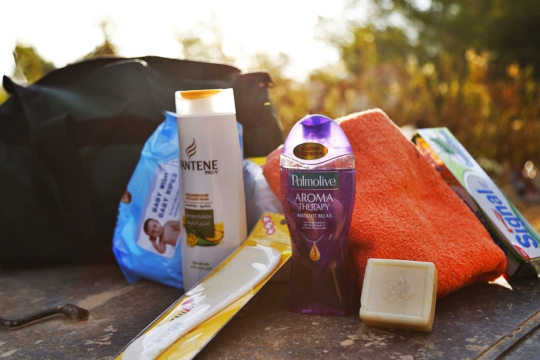 As airstrikes continue to be carried out across Syria, Aleppo and Idlib remain the cities most affected by the ongoing conflict. So far, this has resulted in over 4 million people fleeing to neighbouring countries and leaving over 6 million more people displaced inside Syria. And these numbers are increasing every single day. As in all humanitarian emergencies, the Syrian crisis is affecting refugee women more harshly.

Thanks to your generous donations over the last 3 months and with the help of our on-the-ground partners, we will be delivering hygiene kits to over 700 women in Lebanon and Syria. One vital consideration for us throughout this process has been the selection process for the distribution. With millions of refugee women and only a limited number of kits, our partners have carefully selected each woman based on their age, need and location to ensure the most vulnerable are assisted.

The reaction from the women and girls receiving the kits has been truly heart-warming. During our first distribution last year, the women were extremely touched as they smiled and accepted their hygiene kits graciously amidst the trauma and suffering they had endured. But the need for hygiene essentials is paramount, and the women voiced their concerns for the extreme shortage of general cleaning products and detergents for themselves and their families in addition to the lack of feminine hygiene products, making them vulnerable to infection and disease.

For girls, the absence of hygiene products during their period forces them to miss out on any vital education available in the camps simply because they don’t have the means to manage their personal hygiene. This in turn, makes it difficult for them to be able to pursue their dreams to the best of their ability. But for 15-year-old Ayah who has taught herself English and Japanese, living in Aramoun camp in Lebanon with her mother and sisters for over five years hasn’t stopped her from dreaming big. “I dream to return to Syria one day and build a school!”

Thanks to you, we can restore the dreams of thousands of refugee girls, like Ayah, living in Lebanon or IDP camps in Syria through our hygiene packs.

The delivery of the hygiene kits works in collaboration with our policy report, More Than Half: The Effects of Statelessness on Syrian Refugee Women from a Faith-based Perspective, which identifies the needs of Syrian women in the region. The research report, due to be launched in March (tbc) at the House of Lords, advocates for more gender-specific and culturally appropriate humanitarian work within the region and focuses on providing recommendations at a policy level.

As part of our efforts to help provide comfort and dignity to women by assisting with the basic necessities in their life, Global One has been working hard with on-the-ground partners to collect information and distribute essential hygiene items to these women

With the next distribution set to take place between March and April, we’ll update you in the coming months on the positive change you have bought to the lives of refugees in Lebanon and Syria. Thank you for your ongoing support!

Don’t miss the upcoming GlobalGiving bonus day Wednesday 8th March – International Women’s Day – where your donation will be matched at 30% when donations of up to £200 are made between 00:00:00 a.m. EST and 23:59:59 p.m. EST! Please continue to support our project on this day and encourage your family and friends to do the same.~

If you would like to receive regular updates on our projects, please do subscribe to our newsletter by visiting our website www.globalone.org.uk (scroll right down to the bottom of our page). 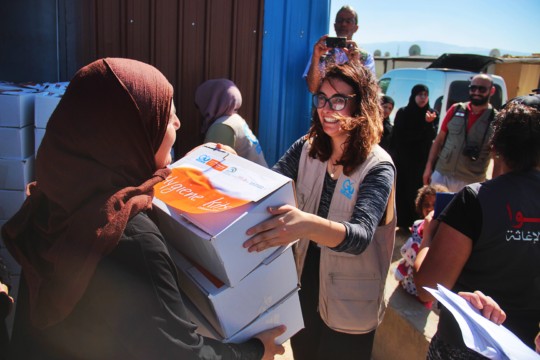 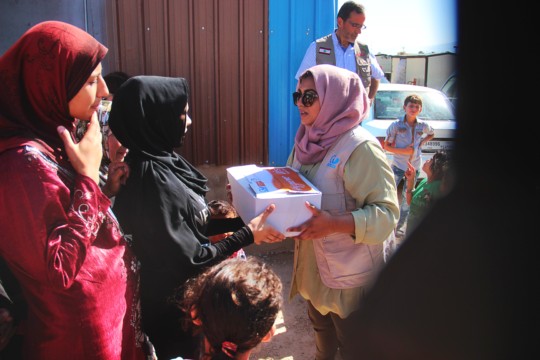 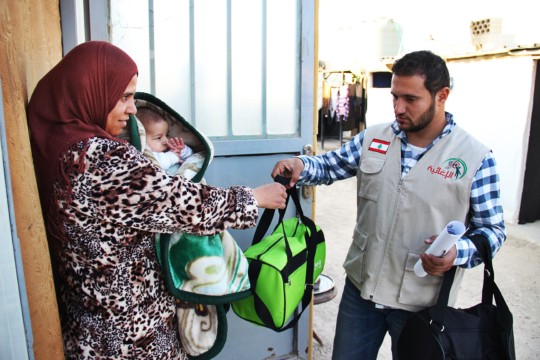 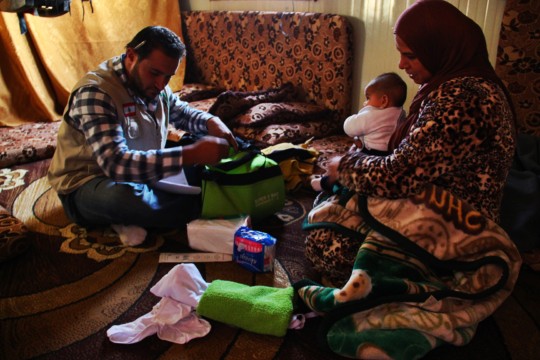 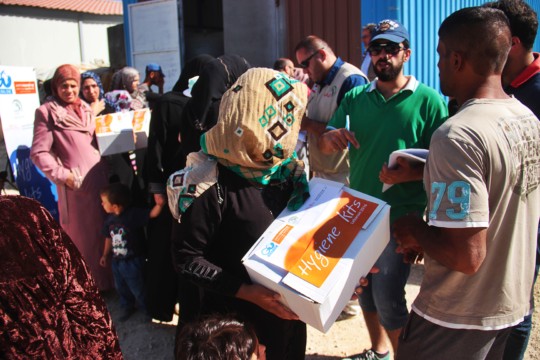