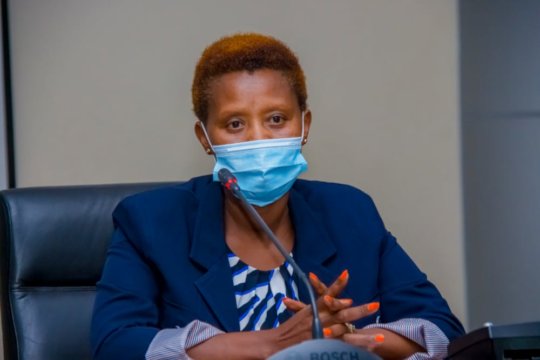 From 24th November to 10th December was marked as a period of crucial events as the 16 Days of Activism 2020 campaign began to take action and start spreading awareness on the issue of GBV and COVID-19. The campaign commenced with a press conference at the Kigali City Hall, sharing the details on launch schedule of the campaign as well its locations, where walk demonstrations began first in the Komonyi District (Southern province), and later on in three other districts: Rwamagana (Eastern province), Ruilino (Northern province) and finishing off the campaign in Kicukiro.

During the event not only did many people joined in the movement but a number of athletes who were proficient in rollerblade skating and motorcycling performed their skilled moves as well passing on messages regarding the topic on the issue on COVID-19 and GBV, which attracted a huge audience to observe the walk demonstration.

At the end of the walk demonstration, the district residents listened to PSAs from the officials and the CEO of Centre Marembo in relations to the topic of GBV, COVID-19 and unwanted pregnancies within the community; later on, the young victims shared their testimonies with the district residents about the violent acts that violated their human rights. At that point the campaign ended, and each district followed the same scheduled activities without fail. Free face masks were also given to the residents to promote safety measures to prevent the spread of the virus.

On January 18th, in response to the rising cases of COVID-19 after weeks of Christmas and New Year holidays, Kigali City began its second lockdown for 15 days long. Once again, challenges began to reappear, giving rise on food insecurity fears amongst vulnerable young women, girls and teen mothers across many districts.

Centre Marembo went into immediate action to distribute food, farm produce and other essential needs to over 300+ teen mothers, including their children, young girls and pregnant teens, from at least 9 different districts. Each teen mother was given: 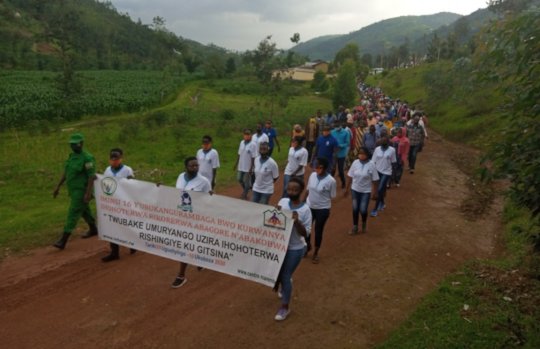 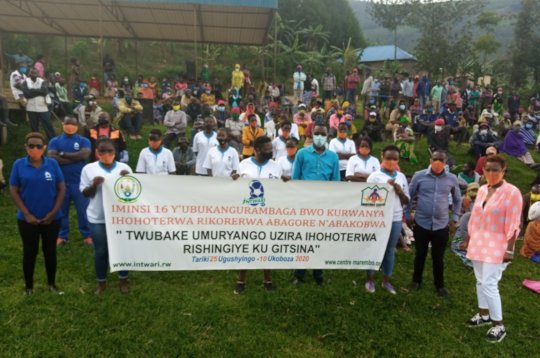 Centre Marembo organized the 16 Days of Activism 2020 campaign to promote the awareness of GBV and COVID-19. The campaign took place in the following districts: Komonyi, Rwamagana, Ruilino, and lastly, Kicukiro. Each district followed the same schedule.

Many people and officials joined in the movement by being involved in the walk demonstrations, holding signs on the topic of GBV; many of the district residents came over to observe the event. After the walk demonstration, both the officials and Centre Marembo’s CEO shared PSAs to the locals on the topics about GBV, unwanted pregnancies and COVID-19 within the community. Victims of sexual abuse, rape and GBV actions shared their testimonies on how such violent acts violated their human rights. Free face masks were distributed to promote the prevention on the spread of the virus.

The 16 Days of Activism 2020 campaign ended with success.

Centre Marembo also aided in a food distribution action this year, from end of January until early March, to more than 300 vulnerable young teen mothers, including their babies and pregnant teens from various districts. Each teen mother was given: 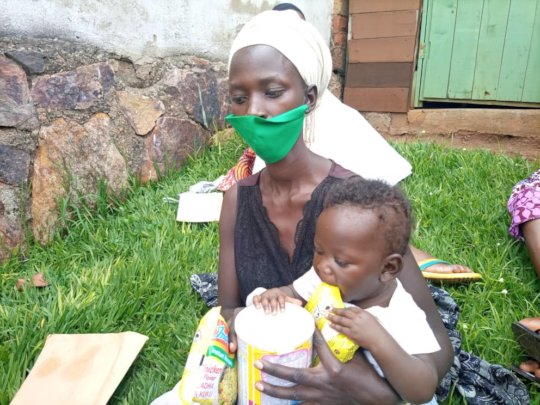 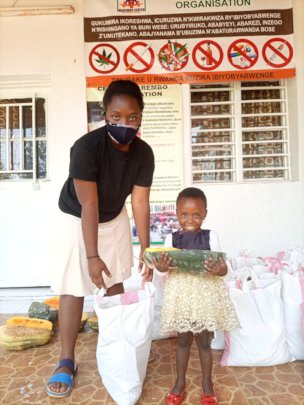 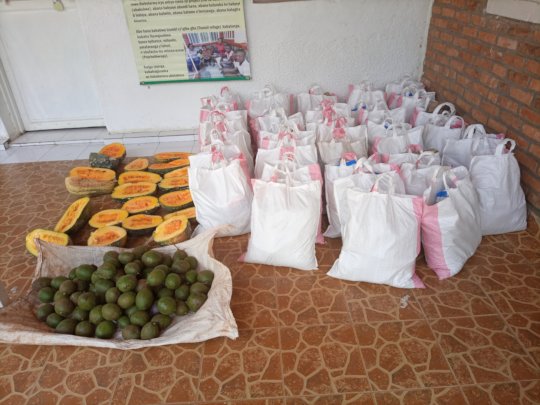 Food prepared for aid at the Ndera sector

COVID-19 pandemic and the lockdowns has caused other issues other than health crisis: it has brought financial ruin to businesses, affecting the country’s economy to its core, limiting productivity and supplies, increasing unemployment and many pother disruptions to the daily functioning of people’s lives.

Centre Marembo began its distribution of foods, farm produce and other basic needs to more than 300 vulnerable young women, teen mothers and pregnant teens (their babies included) rescued from the street and who are survivors of GBV. Our food distribution action is to fight against the fear of food insecurity, hunger and even malnourishment. These women have been affected by the lockdown measures, especially when the Rwanda government announced its second lockdown phase back on January 18th 2021, after observing rising new cases of the virus due to the winter holidays and celebrations. This year second lockdown lasted for 15 days, unlike the initial 45 days long lockdown back in 2020.

The following items below are the number of items given per beneficiary:

The food and goods were distributed to the victims residing in these following areas: 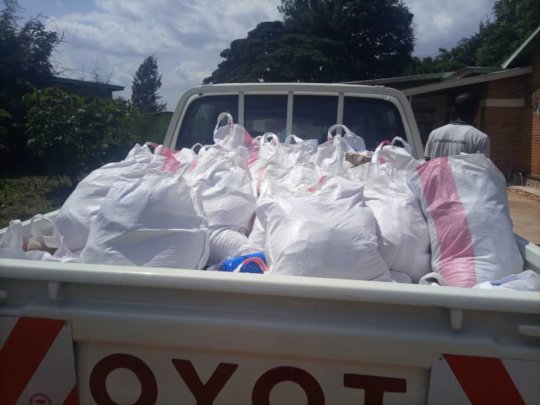 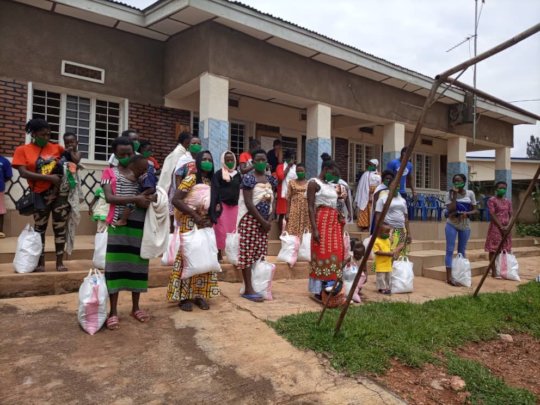 Ndera locals at food aid collection point near CM
‹ 1 2 3 4 5 6 7 8 9 10 ›
WARNING: Javascript is currently disabled or is not available in your browser. GlobalGiving makes extensive use of Javascript and will not function properly with Javascript disabled. Please enable Javascript and refresh this page.