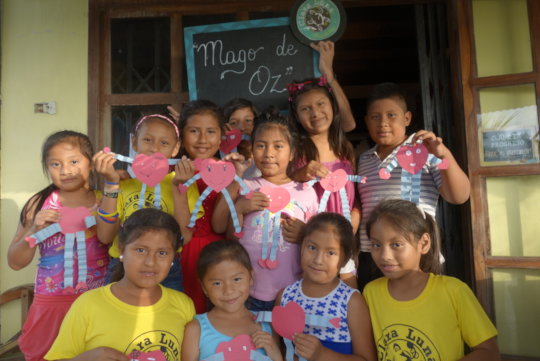 That famous last line from the movie THE WIZARD OF OZ  says everything !

Clara Luna needs a home to call its own. The children of Puerto Lopez need to know that we are here for them on a permanent basis. In an ever changing world, children need  the confidence of familiar surroundings such as the reading room in our building and the art areas where they have spent many interesting hours expanding their horizons in literature and the arts.

The security of a “forever home” will provide the children an opportunity to continue arts and crafts, read books, play games, work together on community initiatives and expand these programs in a space that they know will be always there. Please consider a donation that will help guarantee the Clara Luna Foundation a home of its own.

The dream of a permanent home for the Clara Luna Foundation means funds now allocated for monthly expenses could be spent on expanded programs, reaching more children.

For ten years, in rented spaces with a cost of approximately $1000 per month, Clara Luna has provided programs for children and youth that engages them in educational and creative activities. This is something very uncommon in Ecuador, especially in small towns like Puerto Lopez. They are taught skills like leadership, communication and critical thinking; otherwise a rare opportunity.

Won't you help us find our way HOME.? 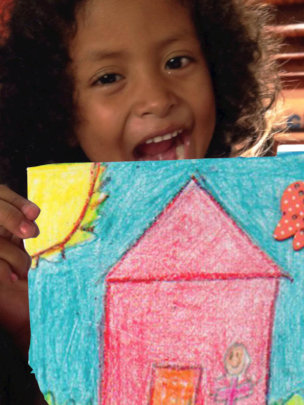 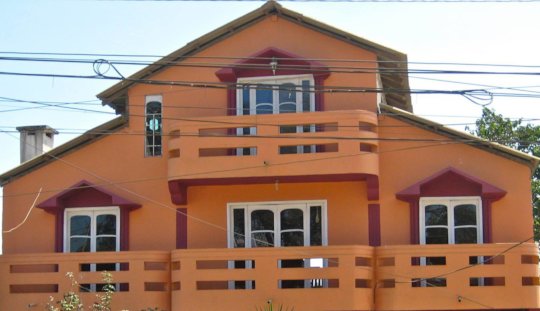 On October, Paola, Joseph, Linda and Scott left early in the morning for a weekend-long visit to Canoa, Tabuchila, Río Muchacho, San Vicente, and Chone in northern Manabí province. We visited many locations in these areas and gave the kids a chance to read for a while, sing and dance along to Chumba La Cachumba, listen to a reading of each of the leyendas, and watch a presentation of the puppet show Etsa

In November was our last visit of 2017, the trip to the north was also a really fun experience. Paola Joseph and Antonia and Lino, a new volunteer from Germany, for the trip. Together we visited various schools in Canoa, Tabuchila, San Vincente and Chone to read with the Kids and perform the theatre production “Davilara el Rey de la Bomba”. It was great to see the kids staring at the puppets with open mouths, and to see the wonder in their faces while telling the story. Reading with them was a special treat as well, because you could tell they really needed the practice made possible through the Clara Luna Foundation.  It was amazing to be able to make the children laugh and be happy!

On our last day in Chone, we where able to take part in the parade for the Dia Internacional de la Discapacidad.

A great Autumn at Clara Luna

For the entire month of September, we celebrated our annual Olympic Games. We started with the history of ancient Olympic games, tried a demonstration of discus throwing, also we made olive branch crowns with the children. Then we discussed the modern Olympics. We watched videos of recent Olympic games. We made 5 different teams based on the colors of the Olympic rings. Our volunteers from Hungary ,Germany, Spain, United States and of course Ecuador represented their country. The Opening Ceremony was exciting.

Then we practiced a lot with the kids the different sports (running, relay, archery, long jump, football) ot the beach. It was fantastic how the kids took the competition seriously. Of course, we always said that the most important thing is to enjoy the game. In the Closing Ceremony the children received medals for their participation. The children read books about cooperation, team work, generosity and fair play.

Also in October, the children had fun with Adam y Eva, performed by a traveling couple of actors from Switzerland. The play was very entertaining, and the children were laughing their way through most of it. At the end of October, Club de Niños make activities about the Halloween and The Day of the Dead.

In October, Club de Jóvenes students traveled to Ayampe to watch the release of some endangered Papagayo birds, Green Macaws, into the wild as part of our focus on learning about the native birds of Manabi province. Also, they spent this month learning all about local endangered sea turtles coming to Puerto Lopez to nest each year.

We will let you know soon about December and our Christmas celebration.