Developing a solid foundation for a research program 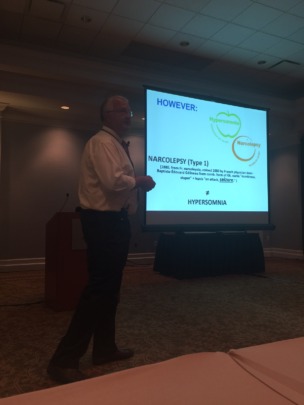 The Hypersomnis Foundation's (HF) Medical and Scientific Advisory Boards, otherwise known as the MAB and SAB, are comprised of world experts in their fields of sleep research and clinical work. Questions for the Hf's CoRDS (Coordination of Rare Diseases at Sanford) hypersomnia registry were shaped by the knowledge of these groups, who advised HF on the kinds of information researchers of hypersomnia would find most helpful.

As of today over 664 people with IH and related disorders have contributed their data to the HF patient registry at CoRDS - data that is vital to research. Your donations to HF help to grow and get the word out about the patient registry and the research program being developed.

Based in Europe and the U.S., the clinical and scientific physicians who comprise the HF's MAB and SAB generously write and vet articles for the SomnusNooze, present at national and internations HF conferences about hypersomnia, advise the HF Board, alerting us to the latest in research, clinical trials, treatments and diagnostics relating to hypersomnia.

We are extremely proud to have the advice of such a distinguished group of professionals.  the Boards are chaired by Dr. Lynn Marie Trotti (MAB) and Dr. David Rye (SAB), and we encourage you to take a moment to read about them and the rest of the MAB/SAB Board members in the "about us" section of our website: www.hypersomniafoundation.org 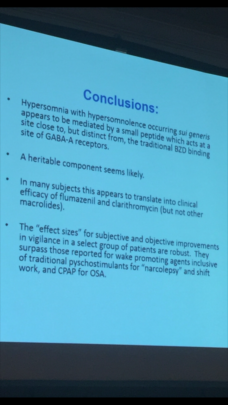 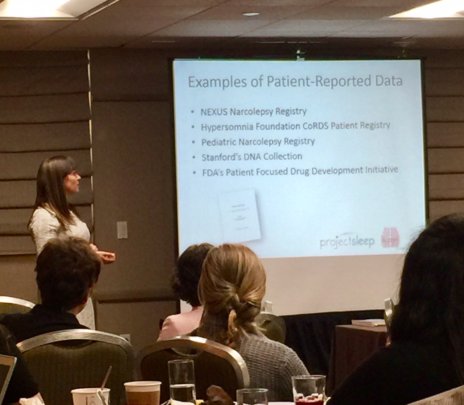 Getting the word out about patient registry 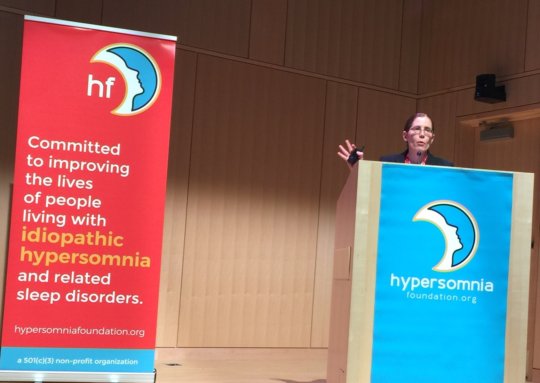 Investing in future understanding of IH

By Catherine Page-Rye - Board of Directors of the Hypersomnia Foundation 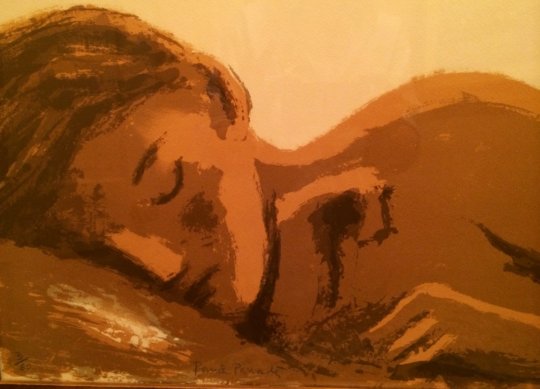 I can't wake up

An insatiable need to sleep that is not eased by a full night’s slumber is one of the debilitating effects of a rare, chronic neurological disorder called idiopathic hypersomnia.  In a society where feeling tired is the norm, idiopathic hypersomnia is often unrecognized or misdiagnosed by medical professionals, as well as misunderstood by family members, employers, and society in general.

Most of my friends know I have idiopathic hypersomnia (IH) – it isn’t a secret. And most have heard me talk about the challenges I face because of this neurological disorder. They know I struggle every day to get out of bed. And I don't mean it takes me a minute to fully wake up – I literally do not obtain wakefulness. Ever. I may look awake but my brain is constantly encased in fog, often struggling to remember even the simplest of things.

They’ve heard me explain IH as the equivalent of a "normal person" being awake for 48 hours, falling asleep, and then having someone wake them an hour later. That is my reality. Every. Day.

And they’ve heard me say that there are no FDA-approved medications for IH, let alone a cure. Most folks with IH, including myself, have fought to get insurance approval to cover medications that are only FDA-approved to treat narcolepsy. Even with coverage, just one of my prescriptions costs over $500 a month. And there's a stigma that comes along with taking these medications – most of them are highly controlled substances. I've been through almost every narcolepsy medication out there and I can tell you the side effects aren't any fun, either. From dropping tens of pounds in a matter of weeks on Adderall to falling asleep and smashing my head in to the wall on Xyrem, it has been a wild ride. That's why awareness is so important – we desperately need research and funding.

The Scientific Advisory Board (SAB) of the Hypersomnia Foundation is raising awareness among researchers about hypersomnia and is working on an accelerated plan to begin the process of attracting the most promising research applications. The time of launch will depend upon raising funds to support a sustainable research program that will attract innovative investigators in the area of hypersomnia.

Why raise restricted funds for research for idiopathic hypersomnia? 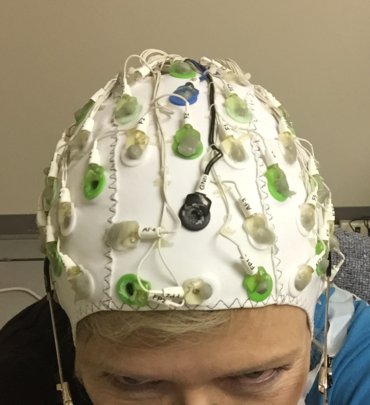 By Catherine Page-Rye - Treasurer // Board Member

The Scientific Advisory Board (SAB) of the Hypersomnia Foundation (HF) continues to develop a plan that includes raising awareness about hypersomnia among clinical and basic science researchers.  Dr. David Rye, Chair of the SAB, for example, recently presented updated information about hypersomnia at the North Carolina Academy of Sleep Medicine Conference in Raleigh, NC., at the Board of Registered Polysomnographic Technologists Symposium in Atlanta, and will be speaking March 25 at the Southern Sleep Society Meeting in Houston, TX.

Aligning with this plan of awareness Dr. Lynn Marie Trotti, Chair of  the Hypersomnia Foundation's Medical Advisory Board , discusses advances in diagnostics of, and treatment for, hypersomnia.  Dr. Trotti will be presenting this information at the American Academy of Neurology conference in Boston, April 2017.

The HF continues to promote the Hypersomnia Foundation's registry housed at CoRDS (Coordination of Rare Diseases at Sanford).  Over 500 people with a central disorder of hypersomnolence (idiopathic hypersomnia, narcolepsy types 1 and 2, and Kleine-Levin syndrome)  have successfully completed this registry.

Another key component of this plan is a grants program that will financially support innovative research applications that are most likely to positively impact the hypersomnia community. Announcement of this program to the scientific community will depend upon having funds in hand sufficient to attract the best science as well as sustain this initiative. We continue raising funds to insure a vibrant funded research program. 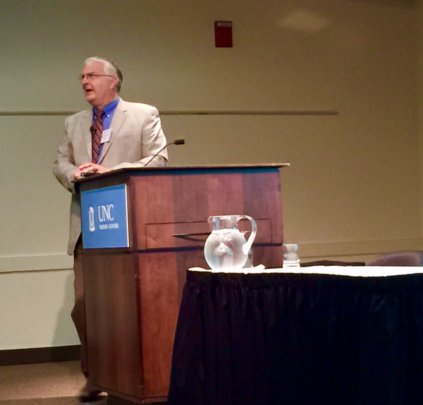