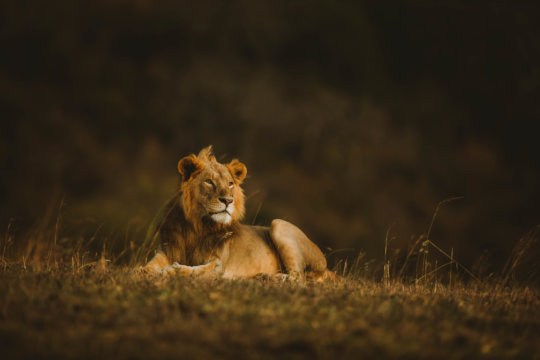 We’re in the home stretch: the race for the gold is on! Only one last regional event stands in the way of the 2018 Maasai Olympics Finals.

Since August, the four main manyatta (warrior-village) teams have competed in five regional sporting events, accruing points and prestige along the way. The last regional event, to be hosted by Mbirikani Group Ranch later this month, is the final test of strength before the main event in December.

And because no sporting event is complete without spectators, we’re happy to report that over 2,000 warriors, men, women, and children have journeyed across the ecosystem to support the regional competitions, loudly cheering from the sidelines. Their participation is testimony to the shifting mindset of local communities: from lion killing, to lion conservation.

Simultaneously, there is another gold rush happening. This one is a bit furrier. The Chyulu Hills’ lion population is continuing to grow. The pride now totals 16 lions, with 10 cubs. This this the largest pride and highest number of cubs recorded in the Greater Amboseli ecosystem in years, potentially even decades.* Given that African lion populations have declined by about 50% in the last 20 years, this is absolutely joyous news.

As we enter the final stretch of this year’s Maasai Olympics season, our hope is that both local communities and local lion populations will continue to come out on top – now, and far into the future. 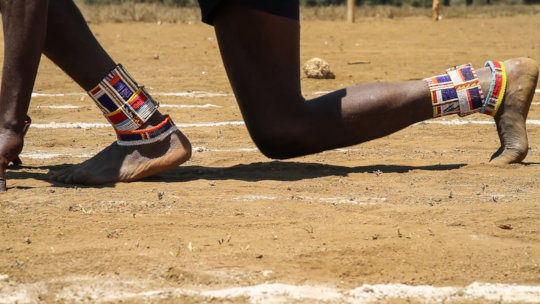 As the Football World Cup draws to a dramatic close, Maasai warriors in Kenya are preparing for a tournament that promises to be just as hotly contested. Following a slight delay due to the extreme rains earlier this year, team selections are now fully underway for the 2018 Maasai Olympics.

The warrior villages began choosing their teams at the end of June and this process will run through mid-July, with athletes from each area competing for their chance to represent their community at the biennial sports event, scheduled for December 15, 2018.

The Maasai Olympics was started in 2012 to protect lions by providing young men with a culturally-appropriate alternative to traditional lion hunting. Sports like football (soccer) are missing from the day, and instead the athletic competitions are designed to reflect traditional warrior skills: spear and rungu throwing, running events, and the high jump. Today, instead of participating in lion hunts, warriors compete for medals and local fame.

The rivalries of previous events will be high on everyone’s minds as the teams face off against each other in the regional competitions that run from mid-August through September. From then on, all attention turns to preparation for the final event in December.

The Maasai Olympics are part of an amazing success story: it is an integral part of the conservation effort that is protecting one of few growing lion populations on community land in Africa. 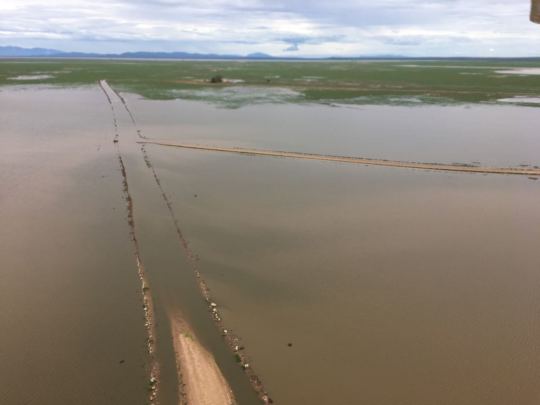 There are setbacks in every sport as far as the weather is concerned. While it may seem unusual for the weather to be already impacting the Maasai Olympics when the Finals are still eight months away, we’re not surprised.

The ecosystem where Big Life works had been experiencing a severe drought in recent months that has cost the lives of many animals. Last month the rains finally came - and as the saying goes - when it rains, it pours. More rain fell than typically falls in an entire year.

It came earlier than expected, and fell evenly across the ecosystem, providing an abundance of resources for wildlife and people alike. But the rains have also brought flooding - taking out roads and home, separating families, and destroying lives.

We spend much of the year praying for the rains to come, but these recent rains have been a humble reminder of the power of nature. The rains also mean that the outreach events and team trials for the Maasai Olympics have been pushed back by a month until the rain and flooding subsides.

The lions, of course, don’t seem to mind. The seven cubs in the Chyulu Hills continue to grow and thrive, thanks in part to an abundance of food brought by the rains. But it’s also thanks to our ongoing efforts in the ecosystem to shift Maasai attitudes about coexistence with lions to one of tolerance, instead of hostility.

For the games, we’ll pick up where we left off in May with team selections, and the regional tournaments will begin soon after that.

Thanks, as always, for your support.