Lighting up the darkness 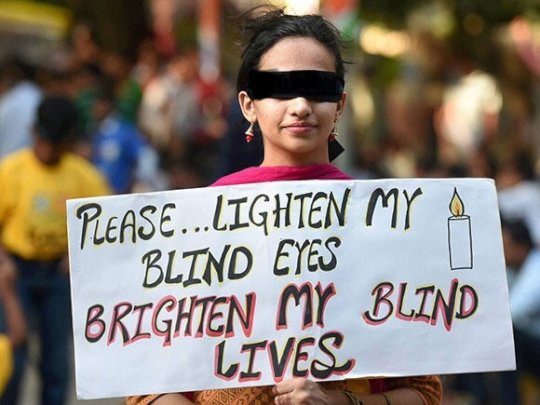 We thank you for your kind contribution for making the possibilities of working together on the Rural Eye Care Hospital plan of Project Vision.

Our objective is to provide eye care for the people beyond Bangalore since the city has sufficient facilities for the same. We have based ourselves in place 100 kilometers away from Bangalore, in a remote area which also is the middle of Tumkur and Chikkaballapur districts. It is connected well and thus accessible.

Our plan is to set up a base eye care facility which can be a hub for various programs that could be taken to different remote places of these two districts through camp approach.

We have obtained the permission from the Panchayat (local body) for the construction of the building.

The hospital is conceived as a Sustainable venture. 50% of all population requires eye care services at some point of life. Thus, an eye hospital is a need for the community. While we will make the hospital financially accessible to the poor and needy, we will also charge the patients who are able to pay so that the system can be sustained. Thus, in three years’ time, the hospital would become self-sustainable. 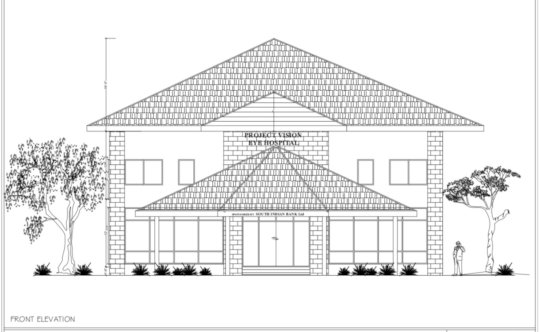 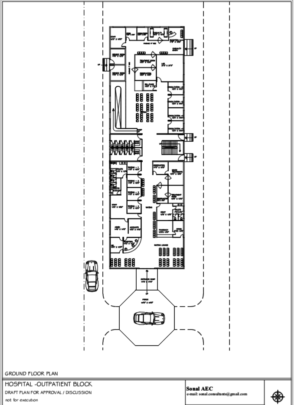 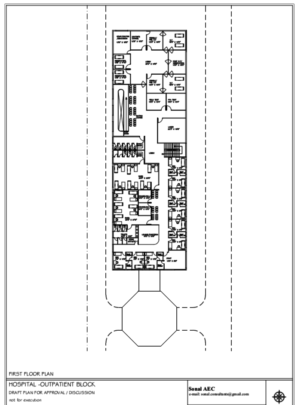 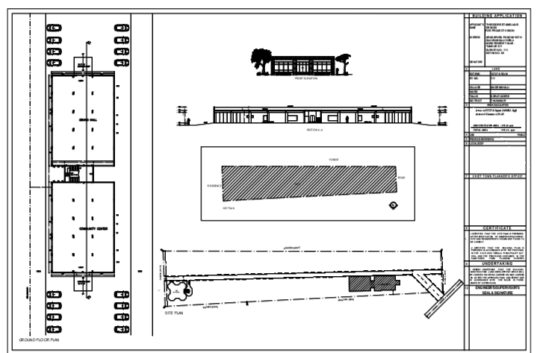 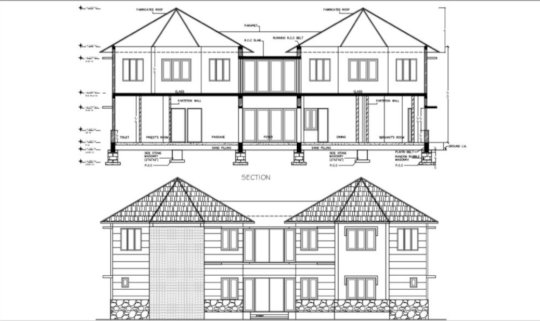 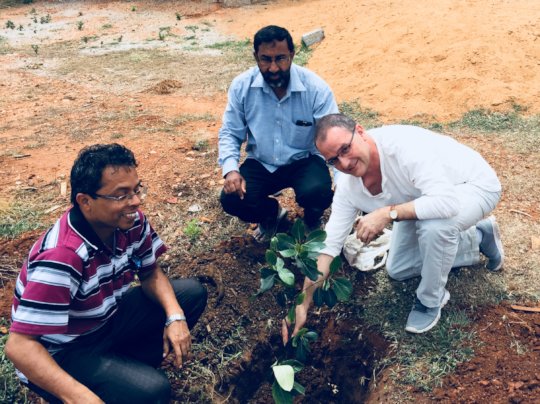 Planting of a life which gives comfort....

Reaching Out Beyond the Boundaries 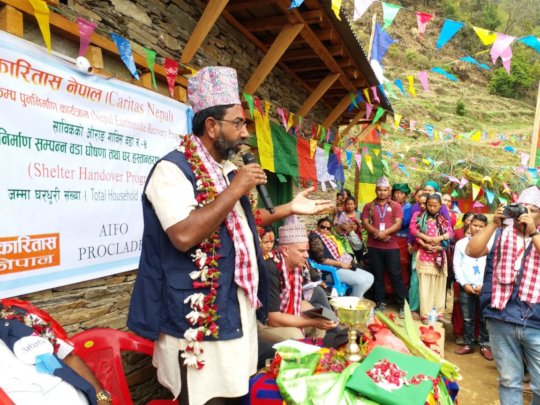 A group of 60 families in Orang VDC of Dolakha district of Nepal, who lost their houses in the 2015 earthquake, got their permanent earthquake-resistant houses this April. All this thanks to the efforts of ‘Bengaluru Cares for Nepal’, an initiative by The Project Vision. Led by Fr. George Kannanthanam, founder of Project Vision, a group of volunteers under Bengaluru Cares for Nepal mobilised funds to take up relief and rehabilitation work in Nepal.

With the experience of rehabilitation work during several natural disasters, like the tsunami in 2004 and the floods in north Karnataka in 2009, Project Vision floated the idea of creating a platform where interested individuals, organisations and several congregations came together.

Apart from providing 450 temporary houses to the affected families, the volunteers have readied 60 permanent houses that was handed over directly to the beneficiaries on April 11. Each house has been built at a cost of 3 lakh.

Recalling the relief work taken up soon after the earthquake, hundred shelter boxes were provided to residents in a remote village called Tipling, which was cut off due to the earthquake. Each box contained 51 items that were meant for survival of a family that had lost everything due to the disaster. It included two tarpaulins, bucket, clothes, toilet articles, food materials and basic crockery.

As many as 2,750 tarpaulins were given, providing shelter to over 10,000 people. However, with the onset of the monsoon, tarpaulins proved to be of limited use. Hence, the volunteers built temporary homes for 450 families.

Residents of Budaneelkanta, a village on the outskirts of Kathmandu which was deserted, was the first to get the tin roof houses.

More than 300 students whose education looked very bleak after the April 25th earthquake in Nepal found their four new class rooms. A library and lab block were also provided.

Mr. T P Sharma, Mayor of Namobudha Municipality and Fr George Kannanthanam, Director of The Project Vision who coordinated the Bangalore Cares for Nepal inaugurated the school along with Fr Antony Sebastian from ECHO and Mr Jose from AIFO.

Jal Kalyan Vidyalay is in Madhurapatti village of Kavre District, about 50 kilometres from Kathmandu, the capital of Nepal. It is a secondary and high school with 300 students from the neighbourhood. The school building completely collapsed in the earthquake and the classes were being conducted in temporary classrooms.

Most students in the affected area were not able to continue their education after 12th standard. Thirteen such students were identified and admitted to a hotel management school in Bengaluru. This is a collaborative effort between The Project Vision, ECHO and Shanthi (Kathmandu). One girl student is doing a nursing course with the Holy Cross Sisters.

“The whole batch has now completed their studies. They were placed in five-star hotels for their three months of practical experience. Most of them are already selected for work in different hotels. They will be able to support their families economically and help them get over the earthquake. More than two dozen students have come to India for studies so far.

An eye screening camp was conducted during February 28, 2018 for the Kengeri village at Kalikamba Temple by Swabhimana Mahila Trust.  The elected representative of the area (MLA) and the chairperson along with coordinator of The Project Vision conducted an eye screening camp for the economically weaker sections. Nearly 400 people participated in the camp and 42 people were identified and underwent cataract operation at Dr. M.C. Modi Charitable Eye Hospital. 180 spectacles to people who required lenses for vision correction were distributed free of cost.

A WORD OF GRATITUDE 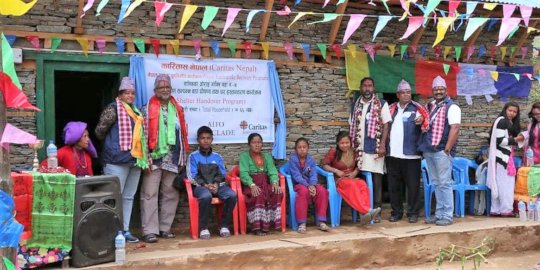 Happiness towards full filling a mission....... 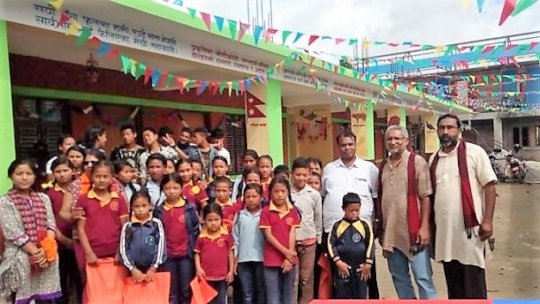 Children's back to their schools..... 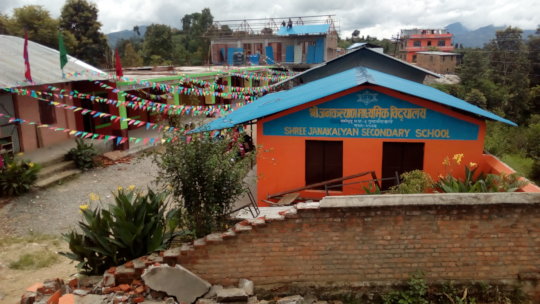 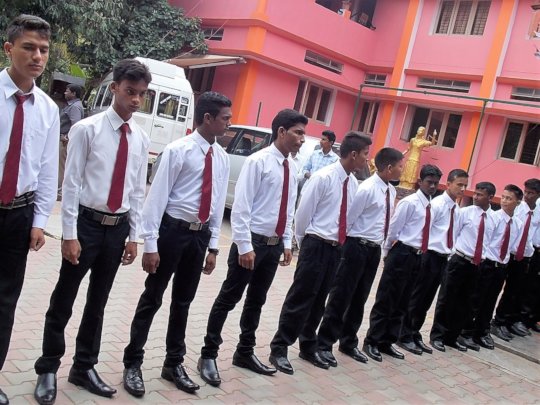 Attaining the degree which was a dream....... 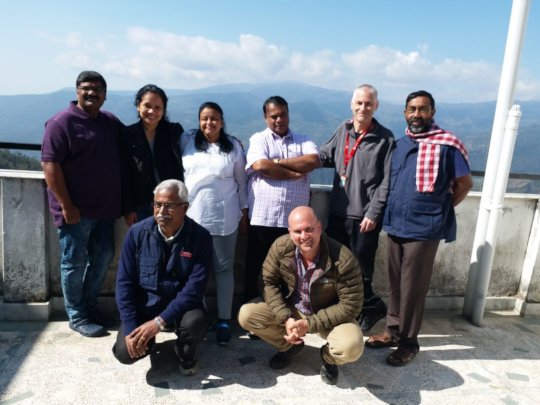 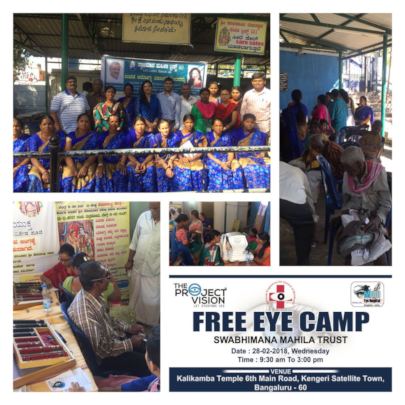 A mission of vision 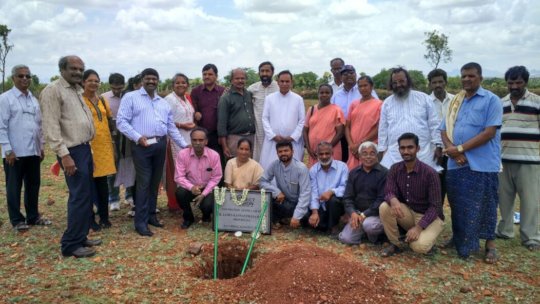 LAND FOR PROJECT VISION NEAR GOWRIBIDANUR

India has one third of world’s blind population – 15 million people. About 60% of the total population requires eye facility at some time of their lifetime. This projects objective of Providing eye care facilities for the people beyond Bangalore, most rural areas who are socio-economically marginalised,  Our target is the large rural belt that comprises of Tumkur, Kolar, Chikkaballapur and Bangalore Rural . The total population of this area is 10.5 million.

This plan got a very positive response, as 15 acres of land has been donated for this purpose. The place is near to Gowribidanur, about 100 kilometres from Bangalore, almost in the middle of the Districts mentioned above - four acres on the main road from Gowribidanur to Tumkur and 11 acres two kilometer inside. The possession has already been taken.

Mr Theodore from Mangalore, had a concern and a good heart to donate this land for this purpose. We aknowledge our sincer gratitude for his noble donation.

The activities planned in the campus will be :

Discussion were made with Arvind Eye care system for the possibility of tie up for an eye hospital.

As and when resources are available, these project could be taken up for implementation.

The foundation stone was laid for the center by Fr James- Provincial along with Mr Theodore who donated 15 acres of land for this purpose and all the well wishers were present.

THROUGH MOBILE OUT REACH PROGRAM:

The hospital is conceived as a Sustainable venture. 50% of all population requires eye care services at some point of their lifetime. Thus an eye hospital is a need for the community. While we will make the hospital financially accessible to the poor and needy, we will also charge the patients who are able to pay so that the system can be sustained. Thus in three years time, the hospital would become self sustainable.

BE PART OF THIS SIGHT GIVING MISSION.

A project to reach out to millions.....