Tragedy and hope at sea. We are doubling the number of our medical teams operating on board. 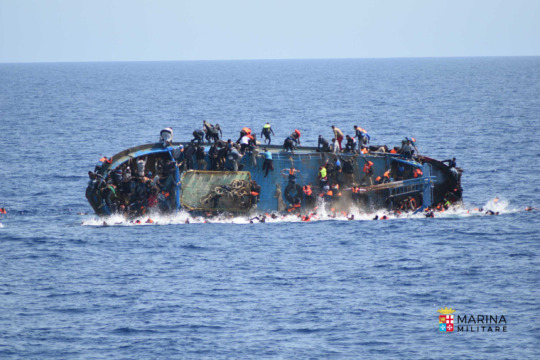 It's going be the hardest three months coming up now: thousands of people are crossing the Mediterranean Sea from Egypt and Lybia every week, the Italian Navy and our medical teams are doubling their efforts to reach and save them before they sink and disappear into the waters. We are organizing 15 medical teams doctor+nurse and doctor+midwife to be working on board of most of the Navy units this summer.

On May 25, a boat carrying over 500 migrants capsized off the Lybian coast. Patroller Bettica's crew managed to rescue most of them during a dramatic operation. From Ship Betica, the sad testimony of Giusy, Francesca Rava's voluntary  midwife, on her third mission with the Italian Navy " Pain ... just a lot of pain ... I guess you have seen on TV what happened today ... I have no words ... Come on ... we take courage and we managed to save more than 500. But the screams the others have accompanied and will accompany us for long. Pain ...".

A few days before, they had loaded more than 350 migrants, among them many women and children. Two of them were pregnant. Our midwife cared for them. Just as they were about to land them, one of them started to bleed and Giusy, through the ultrasound equipment we have on board, could make a diagnosis of abortion. It was deeply painful and sad for the mother.

We are engaged to ensure constant presence of specialized personnel in the months to come, we need to pay their travel expenses and insurance, we need to equip them with emergency kits, we need donations to be able to be there where tragedy may enfold any moment of the day and night. 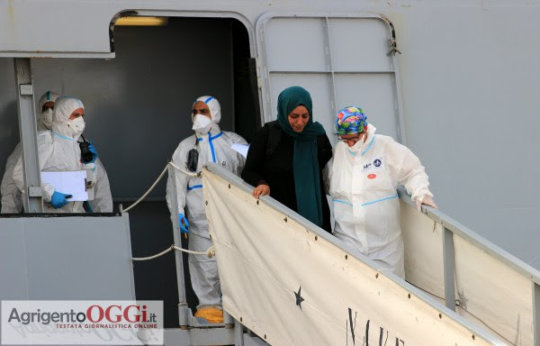 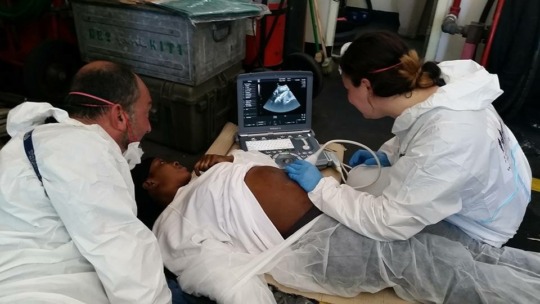 Ultrasound scanning on board 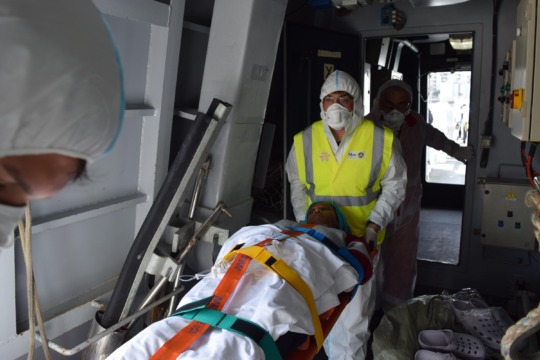 Call to action resulted in more help at sea 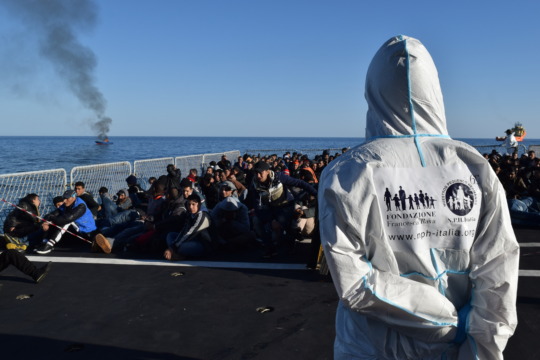 Between November and March we had 15 volunteers at sea. One of them, a senior anesthesiologist, served over one month on board nave Aviere and recently served other three weeks on board of Nave Cavour, flagship of the Italian Navy. Francesca, midwife, after a long term mission aboard Nave San Giusto and San Giorgio in 2014 and 2015, is now back at sea for a month.

During Holiday Season patrolling and rescue operations didn't stop. Videopgrapher Diletta Grella spent new Year's with the crew of Patroller Bettica and our voluteer pediatrician Gianpiero, in the middle of the sea, ready for the next emergency call. Please watch the video, and learn more about Fondazione Rava's project and the collaboration with the Italian Navy.

We are currently selecting and organizing teams for the spring and beginning of summer, plannig to deploy more personnel on board of more units. Our call to action and the word of mouth among our medical voluteers were succesful. We will be able to support the Italian Navy in the months to come with motivated and highly skilled doctors, nurses and midwives. 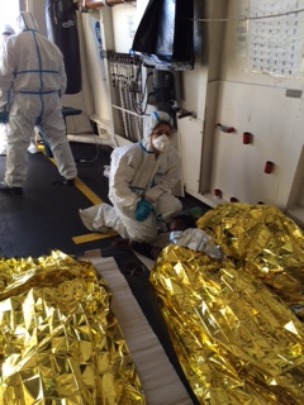 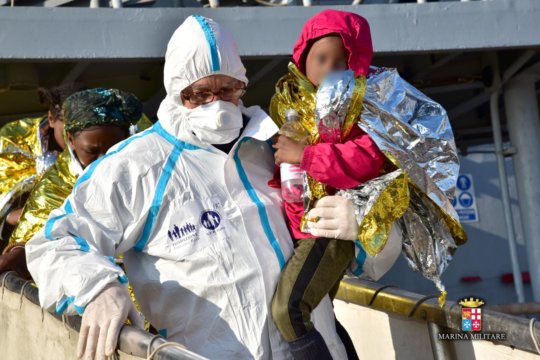 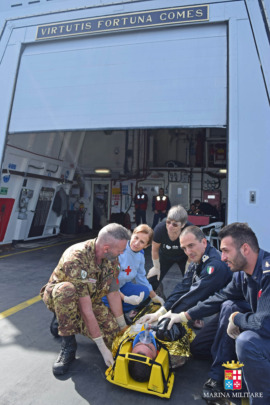 Mariagiovanna, midwife, during a dramatic rescue 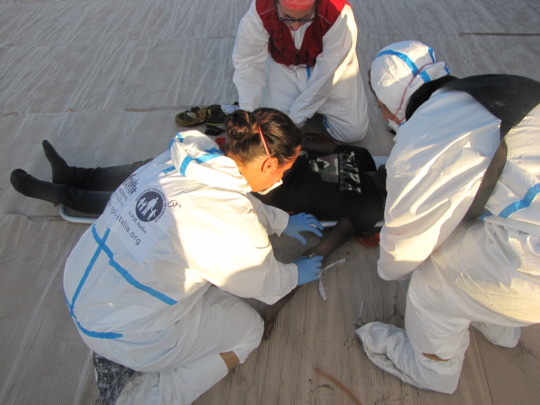 The upcoming winter season has not slowed down the flux of migrants across the Mediterranean. The scafists are now transporting their human cargo on smaller and even more unbalanced boats. High waves and strong winds add incredibly high risks to the navigation.

It became necessary to make an extra organizational effort and ask some of our medical volunteers to expand their mission to long term, in order to be able to be embarked on Navy ships that operate no stop for up to two months at a time in the very front line, far South in the Mediterranean waters, right where human lives are now more in danger.

A few of our volunteers have been willing to serve for the second, third and even fourth time, taking unpaid leave from their jobs.

Volunteer midwife Giusy, on her third mission: "Yesterday we rescued 200 hundred migrants. They were all from the Horn of Africa . As always many young men, but also a very high number of women, some of them pregnant, and children under two years. All of them were exhausted by long journeys, months of pilgrimages... Some were showing obvious signs of ill-treatment (scars from whippings , gunshot wounds , knife cuts .... ).  What do you say in front of 17-18 month old children with countless marks of cigarette burns on their tiny bodies? You take a deep breath and move on .... Courage."

Pietro, gynecologist, returning from his fourth mission: "I am very attached to this photo. It seems to me that it expresses  the touching love between father and daughter, the despair of fleeing their country in war, the sweetness of finding themselves in a safe place, at last."

We want to share this image of hope. Save and rescue can't stop. This project needs your support. 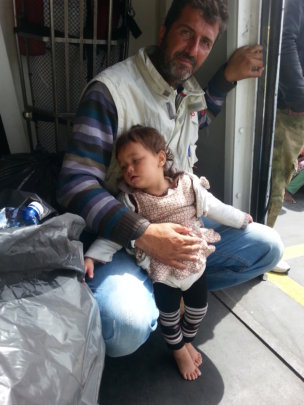 An image of hope.
‹ 1 ... 9 10 11 12 13 14 15 16 17 ›
WARNING: Javascript is currently disabled or is not available in your browser. GlobalGiving makes extensive use of Javascript and will not function properly with Javascript disabled. Please enable Javascript and refresh this page.