Little to lose and quite possibly much to gain 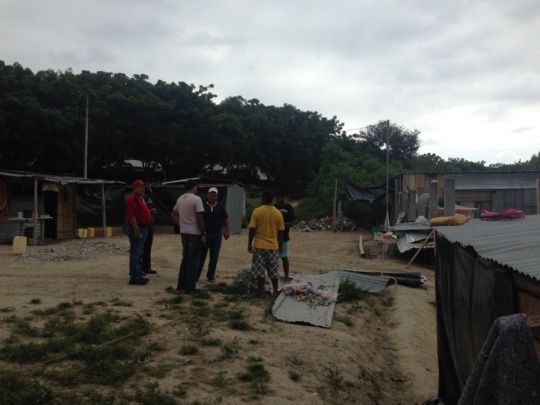 A 7.8 earthquake took place in Ecuador on April 16, 2016, at 18:58 ECT, with epicenter in Pedernales province of Manabi. Immediately after knowing the most areas affected, we travelled to make a site inspection where we could raise a humanitarian aid project.

We found a little village named Punta Blanca, on the road Jama - Pedernales, which is located approximately 1 hour from Canoa on the main highway to Pedernales. Punta Blanca is a small laid back fishing village some few kilometres on the coast.

We started #CONTIGOECUADOR project, the idea was to give humanitarian aid, previously carrying out a population census and identifying urgent needs. At the beginning we focused on providing food, water filters, medicine and clothing.

As time went by, we feel the need to give them self-support programs such as carpentry, handicrafts, cooking, etc, and we started giving workshops.

At the beginning, the people attended, then they stopped participating and finally we did not have assistance to the workshops. Because of the urgency of the matter and desire to help them, we did not carry out a deeper investigation, and we found out that there was already another organization that had been working with the village before the earthquake. The people felt more identified and committed to this organization, because they built a school and a church for them. We thought that we placed them in an uncomfortable position, having to decide who to attend.

With a heavy heart we had to make a decision to move, honoring the time that the other organization had invested in this community and looking for another place where we can be able to raise a new project. At the beginning we felt that we had lost, we would have to start from scratch, but we learned that serving people sometimes “We have to learn to lose in order to win”.

Our organization used this experiment to grow and do a self-analysis. When we look for the new place, we do not hurry, we take it easy, we talked previously with the leader of the community and we obtained all the necessary information. We also got permission to build a CDC in Leonidas Plaza sector at Bahia de Caraquez, we were given a field for a period of 1 year.

In October 15 we were one year of being with them accompanying them in this stage of empowerment and economic reactivation. We love what we do, we are #CONTIGOECUADOR. 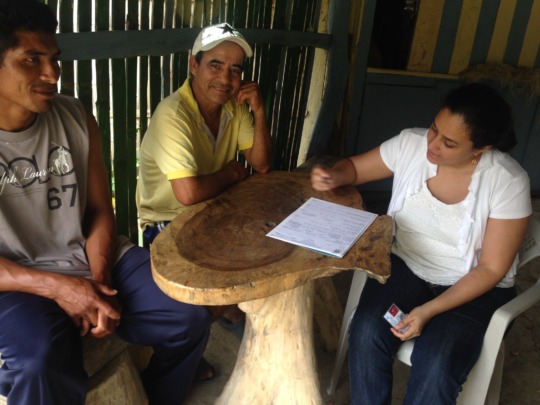 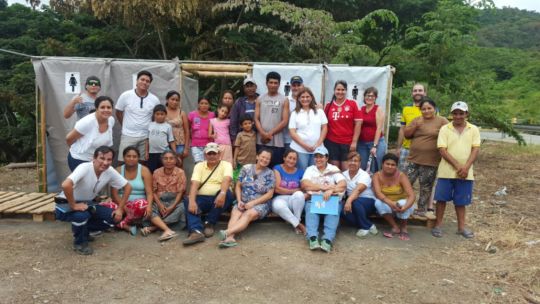 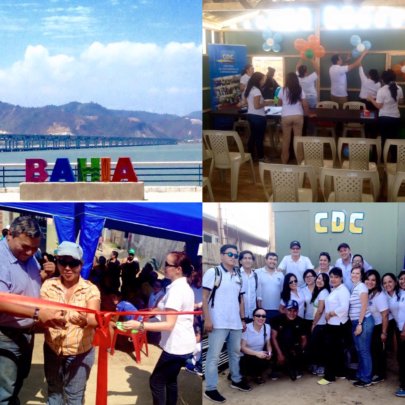 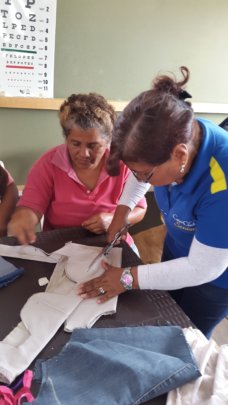 Every child is an artist. The problem is how to remain an artist once we grow up. – Pablo Picasso

The CDC Community Development Center at Bahia de Caraquez has being supporting a women handicrafts group that operates at Leonidas Plaza Community.  The main objective of the handicraft project is to equip the local people with required skills so that they can be able to get alternative source of income by selling their produce to the tourists who visit their village.

In August we carried out a workshop on how to make handbags with blue jeans and stamped and colored fabric scraps. At first they learned how to make the molds on newspaper, then cutting and finally they have to hand-sew.

In addition, they can decorate it with lace, ribbons, buttons, attachments; it is an opportunity for them to show their initiative and creativity. The Handbags are sold in $3 to $ 4 American dollars.

The handcraft groups are however not meant for women though they are the majority. So far these are the main parties involved and their daughters from 15 years old. During the workshop we provided them the materials to make the examples for each one.

Taking advantage of the fact that we are close to the Christmas holidays, in September we held a Christmas Craft workshop. The community learned how to make portrait frames with recyclable materials and Eva foam. They were delighted in this workshop, we saw how they were all so excited putting their personal touch in their handicrafts.

We firmly believe that the work we are doing is not in vain, when we finish the project, we will make an exhibition of everything they have done so far.

There is no right or wrong way to be an artist. When we create, we are given the opportunity to be free to express ourselves. We have permission to take risks, try new things, and strip away inhibitions in a healthy way. We are #WITHYOUECUADOR! 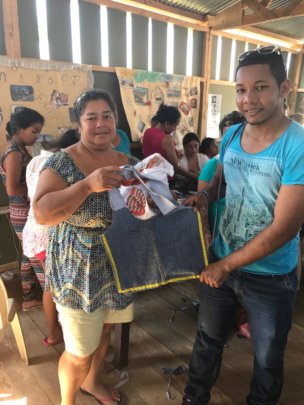 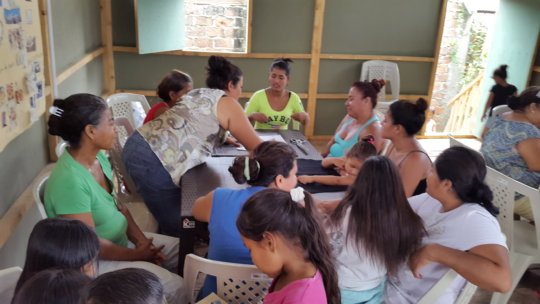 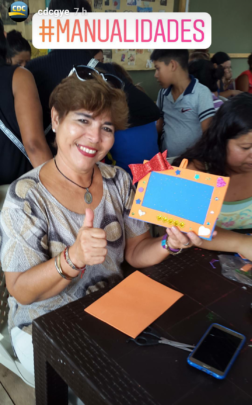 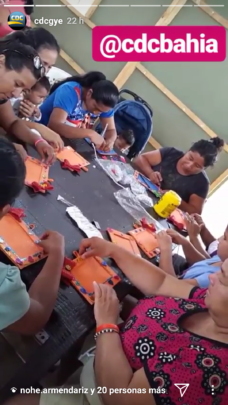 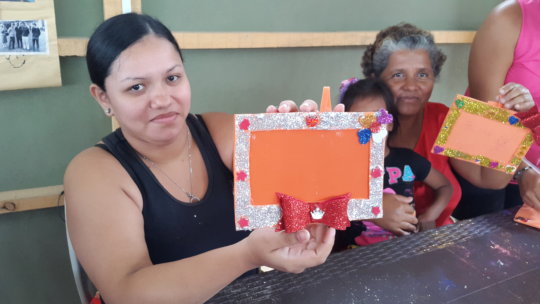 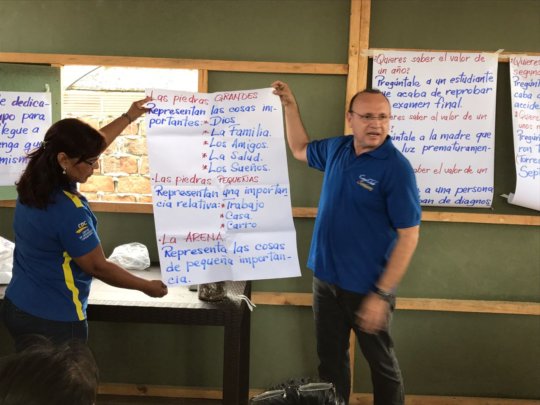 We are approaching the goal, we are just 3 months to complete our community project CONTIGO ECUADOR.

It has been so fast, when we started in October 2016 with many yearnings, which at first seemed impossible, but with effort, perseverance and love we have achieved!

During the month of June we took to the CDC of Bahía de Caraquez located in the Leonidas Plaza sector a workshop "The Good Use of Time" dictated by Sic Carlos Sarmiento.

During this time the community learned the value of a second, a minute, a month and a year, how to wisely invest their time and be more productive.

This time made them reflect that they must let go of all fear and learn to enjoy life, to invest more time in family and with their children.

To value friendships and take care of them, since all this, although many people do not take it into account as something important, makes a person feel more complete and confident of itself.

We are truly grateful to God and to the community because they have opened the doors of their homes and hearts to us and we have been able to empower 150 families, not only to be reactivated economically but so that they can actually live in community in a harmonious way.

Glenda a young woman of 30 years, I reflect and comment that she would be born again would better use her youth, since now that she is adult she ignored the advice of her mother and I would like to ask her forgiveness, are those moments that we will never forget ! 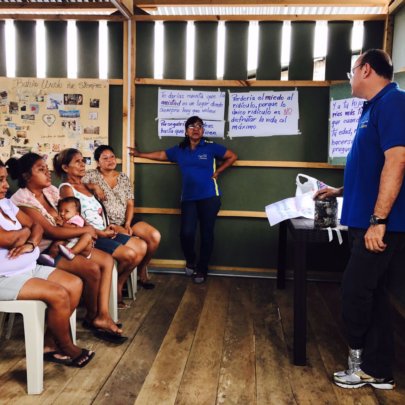 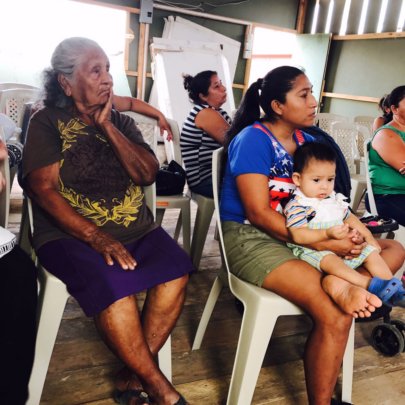 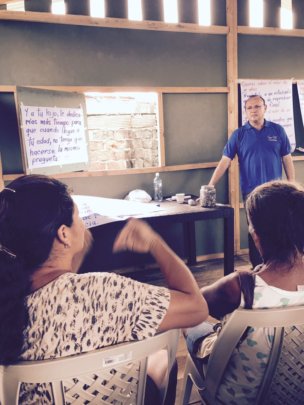