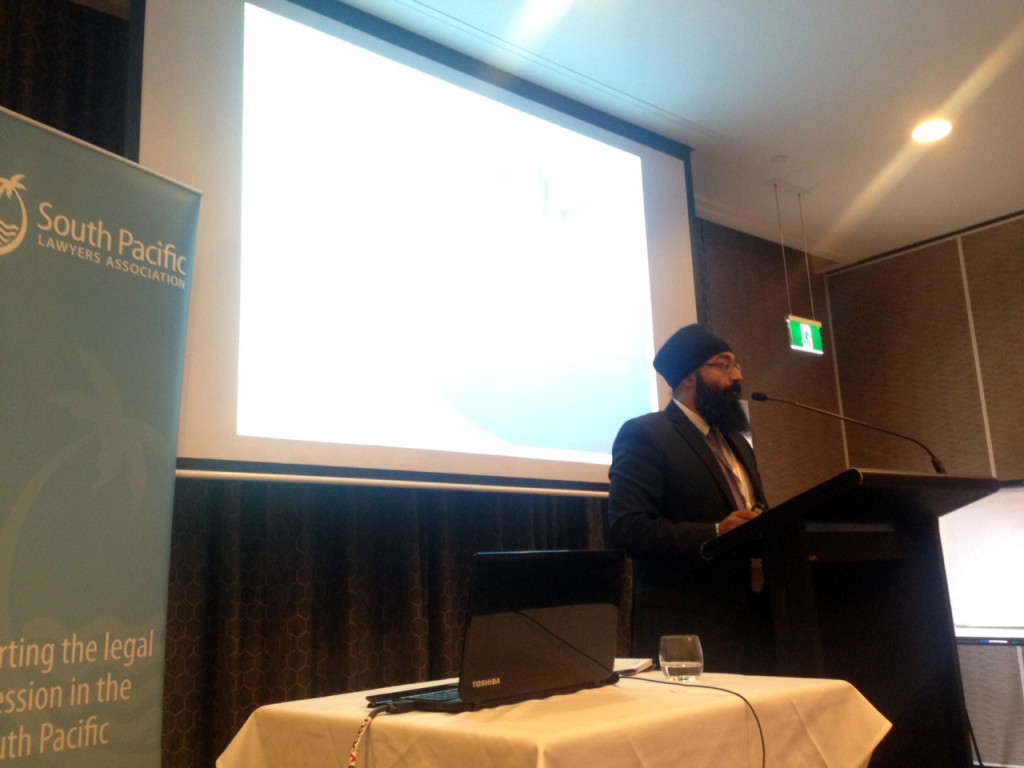 Progress Report: Promoting Access to Justice for Women & Girls in the Pacific

By Jaspreet K. Singh - Co-Founder & Director of Policy and Advocacy

We here at ICAAD are incredibly grateful for your support and are excited to update you on the progress made on our Clinton Global Initiative Commitment to Action: Promoting Access to Justice for Women and Girls in Pacific Island Countries

ICAAD’s access to justice project aims to strengthen the rule of law by restoring accountability, transparency, and consistency to the judiciary.

Our focus is to change the attitudes and behaviors of judges and prosecutors through evidence (data collection and analysis) and train them to recognize how gender stereotypes and cultural norms contribute to low levels of sentencing, thereby denying access to justice for victims/ survivors by perpetuating the cycle of violence.

Huridocs and faculty and students at Parsons The New School for Design are working with ICAAD to implement technology and communications solutions to increase awareness, improve data collection, analyze cases, and improve economic empowerment of women.

ICAAD was invited to join the Clinton Global Initiative (CGI) in 2014 and once again in 2015, and the partners have come together to make this project a CGI Commitment to Action.

See the attached report for more details on the rule of law trainings, pictures from the training and ICAAD at the Clinton Global Initiative, and upcoming initiatives, such as our presentation for Pacific Island lawyers on September 17th in Brisbane, Australia.

Thank you for your continuing support, and feel free to contact ICAAD at info@icaadglobal.org with any questions.

Attachments:
‹ 1 ... 3 4 5 6 7 8 9 10 11
WARNING: Javascript is currently disabled or is not available in your browser. GlobalGiving makes extensive use of Javascript and will not function properly with Javascript disabled. Please enable Javascript and refresh this page.