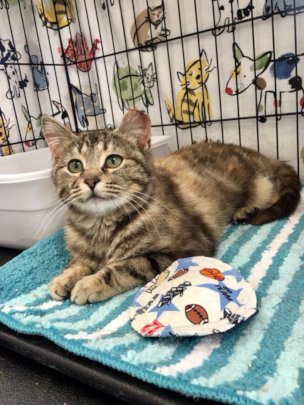 Kispy at an Adoption Event

Warrick County Animal Control gets dozens of cats every week.  Sadly many end up euthanized due to the amount of incoming and lack of homes.

Some days WCAC gets in 20 cats surrendered in one day.  Other times a hoarding case may have 30 plus cats that are impounded.  Without rescues these cats often have no hopes at finding a home.

Thankfully, Warrick Animal Guardians pulls some of these cats and kittens to give them that second chance at finding a home.  Before the felines are adopted out they must be spayed or neutered, given vaccinations and if old enough a Rabies vaccination, de wormed and given flea meds.  This all take money!   WAG donors have been amazing at helping us fund these cats!

Warrick Animal Guardians also does events and takes the cats to them for more exposure.  There is often cost associated with transporting the animals and sheltering in floor cages.  The donations also help with this expense.

Cats like Kipsy and kitten siblings like Bunny and Crumb and a litter of kittens named Bonita, Madge and Justify were all lucky to get their second chance with Warrick Animal Guaridans.  Actually as I type this report the last kitten of all those named Crumbs is getting adopted!!!!!!!

Thank you so much for supporting Warrick Animal Guardians and saving lives! 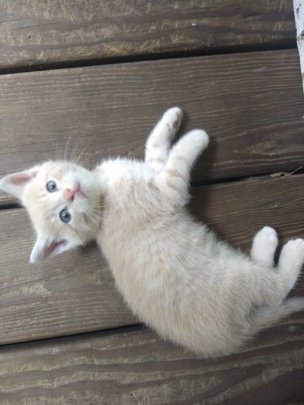 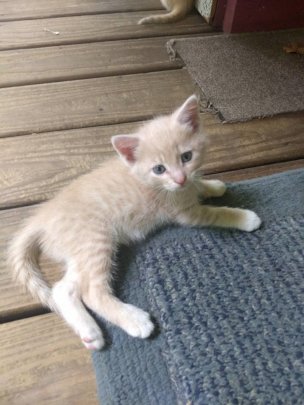 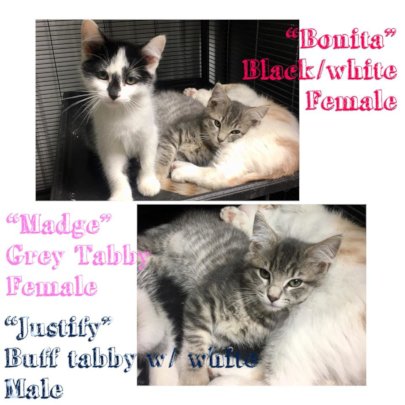 Heartworm Treatments Continue To Be Needed! 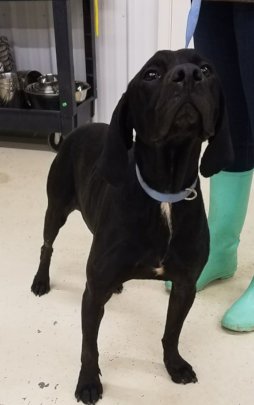 According to the American Heartworm Association "Heartworm disease is a serious and potentially fatal disease in pets in the United States and many other parts of the world. It is caused by foot-long worms (heartworms) that live in the heart, lungs and associated blood vessels of affected pets, causing severe lung disease, heart failure and damage to other organs in the body."

The sad thing about heartworm disease is that it is preventable.  Heartworms that live inside the dog grow into adults, reproduce and have babies.  When untreated, the numbers increase quickly.  Dogs can end up having several hundred worms in their bloodstream. Heartworm disease causes lasting damage to the heart, lungs and arteries, and this damage has an affect on the dog’s health and quality of life long after the parasites are gone.

Sadly, heartworm positive strays and owner surrendered dogs are entering into facilities daily.  Warrick County Animal Control usually has at least 1-2 dogs every month that require treatment.  The cost varies from animal to animal based on weight and the worm burden.  The average cost though is $400 per dog.

Recently we had three dogs test High Antigen Positive ALL IN ONE DAY!  This can be over whelming for a small rural facility that doesnt have a budget for most of the animals needs.

The three heartworm positive dogs are; Amax, a Pointer mix dumped at a local soccer field is a big puppy.  Hershey, a Senior Lab mix, was an owner surrender that refused to stop letting their dog run loose with zero vet care.  Sasha, a super friendly Am Staff Mix, was picked up as a stray but later we found the owner who decided she wanted to rehome her instead of reclaim her.

Warrick Animal Guardians tried to raise $1200 to have all three dogs treated but thus far only $900 has been donated.  We are still trying so one of the dogs do have to be euthanized.  We have to continue to have support to make a difference in these animals lives!

Thank you for your donations! 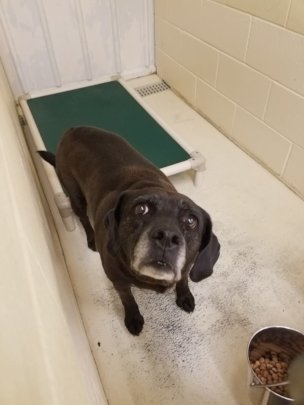 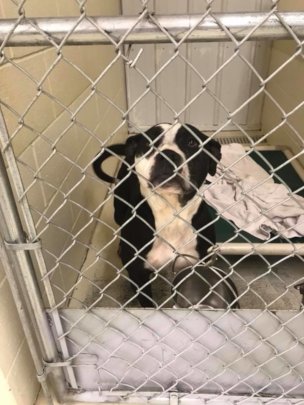 Forest and Ginny....Coonhounds in need! 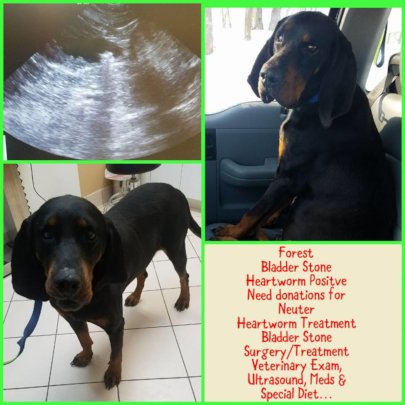 Forest and Ginny were both found and brought into Warrick County Animal Control as strays.  Forest has a lot wrong with him and without Warrick Animal Guardians he would have been euthanized after his stray hold.  Ginny doesn't have all the health issues that Forest has but being a Coonhound alone is enough to make her difficult to place in a rural area that often dumps off hunting dogs that just wont hunt.

Forest is a very beautiful and sweet Black and Tan Coonhound that has a long list of problems...heartworm positive, bladder stones which require an expensive prescription diet, and an injury to one eye that he is probably blind in now.  All that AND of course he isn't neutered.

Ginny is another beauty.  She is a Treeing Walker Coonhound, playful and rambuctous and has obvisouly been kept outside her entire life.  While she is heartworm negative she does need to be spayed.

Because Coonhounds are VERY difficult to place Warrick Animal Guardians will pay for both to altered in hopes that a rescue will offer to take them or that it will encourage a person to adopt.  Of course Forest needs a special place with so many things going on.

WAG continues to save more and more animals from WCAC and thankfully from generous donations we are able to help them! 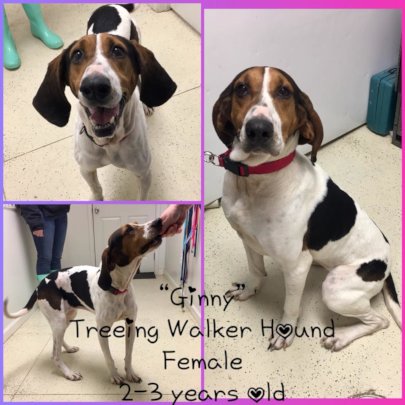 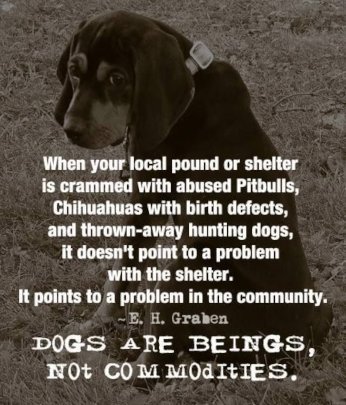 Meme regarding hunting dogs in animal control
‹ 1 2 3 4 5 6 7 8 9 ›
WARNING: Javascript is currently disabled or is not available in your browser. GlobalGiving makes extensive use of Javascript and will not function properly with Javascript disabled. Please enable Javascript and refresh this page.