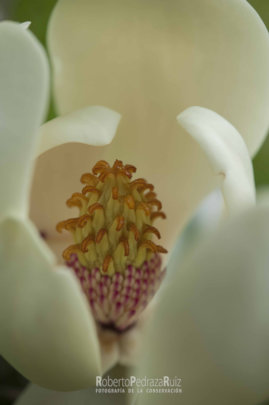 Magnolia pedrazae, named after our photographer!

The Magnolia rzedowskiana and Magnolia pedrazae are micro-endemic to the Sierra Gorda Mountain Range and critically endangered. 90% of their global population can be found in our private nature reserves.

These two specieswere discovered thanks to the photography of Roberto Pedraza Ruiz, Head of the Lands for Conservation Program. If not for our network of private nature reserves and your donations, the Magnolia rzedowskiana and Magnolia pedrazae would have disappeared before we had even realized that they exist.

For Roberto Pedraza Ruiz, photography has been an essential tool for documenting the biological wealth of the Sierra Gorda Biosphere Reserve and communicating the imperative to protect it. Occasionally, it has also served to identify new species.

In 2013, Roberto uploaded photographs of a local species of magnolias to the ARKive project, an online “Ark” that contains images of endangered species. Dr. José Antonio Vázquez, a botanist from the Universidad de Guadalajara, found these images and, because something about the magnolias seemed strange to him, requested more photographs. Roberto made several trips to photograph the magnolias’ flowers and fruits, and after a long process, it was determined that the magnolias were, in fact, two new species!

In 2015, Dr. Vázquez named one of the two new species Magnolia rzedowskiana in honor of Dr. Jerzy Rzedowski, Mexico’s preeminent botanist, and the second Magnolia pedrazae, in honor of Roberto Pedraza Ruiz.

Magnolias are extremely special trees. They are an ancient genus, living fossils, and the first flowering plants on Earth. Because they appeared before bees did, their flowers are theorized to have evolved to encourage pollination by beetles.  They have survived many geological events, including ice ages, mountain formation, and continental drift, all of which have determined their distribution on the planet.

Thank you for helping us protect these unique magnolia species. We are all extremely grateful for your continued support. 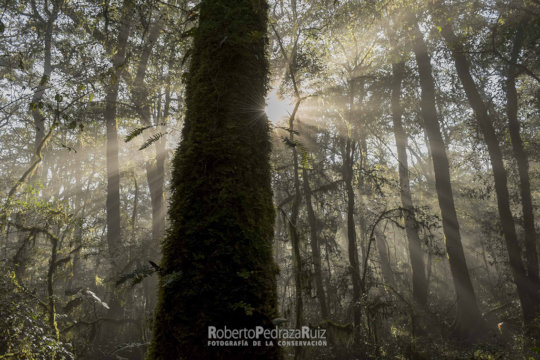 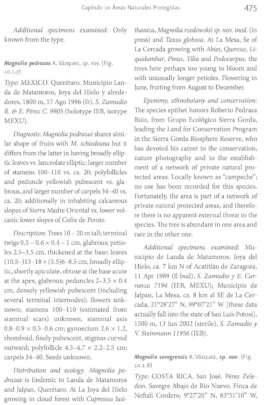 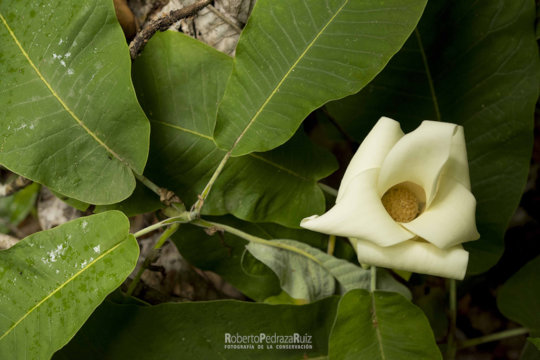 By Roberto Pedraza Ruiz - Head of Lands for Conservation Program 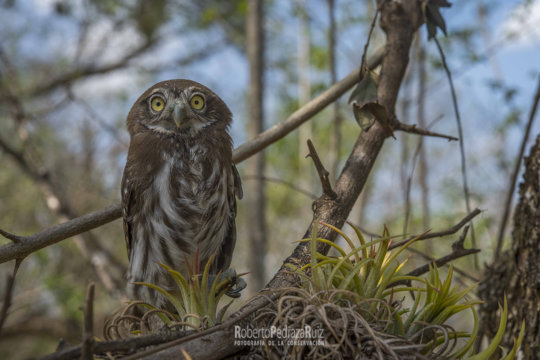 The Ferruginous Pygmy Owl. Can you hold its gaze?

The Ferruginous Pygmy Owl is a small owl (typically 15 cm) that is generally “ferruginous” in color. Its distribution extends from south-central United States (where it is considered endangered) through the lowlands of the Gulf of Mexico and the Pacific, to Argentina. Its population in the Sierra Gorda Biosphere Reserve is declining, which is why we are honored to protect them in our network of private nature reserves

Protection status:The Ferruginous Pygmy Owl is classified as “Least Concern” on the IUCN’s Red List and does not have protected status in Mexico. Although its numbers are decreasing, the IUCN believes that the rate is too slow to be classified as “Vulnerable.”

Status in the Sierra Gorda: The ferruginous pygmy owls are still relatively common in the Sierra Gorda, and can even be found in urban areas. Nevertheless, their numbers have fallen significantly in the Sierra Gorda due to land-use change (urbanization of dry tropical forests and oak forests) and logging (which destroys the nesting sites for the owls). Moreover, fumigation against dengue and malaria and the widespread use of agrochemicals deplete insect populations upon which the owls base a large part of their diet.

For now, the species is sustaining itself and its unmistakable song continues to remain an essential part of the lowlands of the sierra. Nevertheless, because their habitat and food source is threatened, we must make sure to protect them for the future.

Habitats and Habits: The preferred habitat of the ferruginous pygmy owls are the dry tropical forests, riparian forests, and submontane scrub oak forests.

The ferruginous pygmy owls are active both at night and during the day. They prey on large insects and small vertebrates, including mammals, reptiles, and small birds that are almost as large as the owls themselves. Insects are the base of their diet, and the cicadas that sprout from the ground in spring are a delicacy and an abundant food for them.

They are highly territorial and aggressive with each other and other birds such as warblers, euphonias, and jays. They are also very unpopular with other birds: other birds will recognize the song of the owl and gather to mob and harass it. Its song is easily imitated, so birdwatchers often use it to attract small birds who seek to harass the ferruginous pygmy owls.

Conservation actions in the Sierra Gorda: By managing parts of the Sierra Gorda Biosphere Reserve as sites for strict conservation, Grupo Ecológico Sierra Gorda ensures safe feeding and nesting sites for the Ferruginous Pygmy Owls in several of the private nature reserves. We continually educate local communities and farmers about the detrimental effects of agrochemical on insect populations, in order to protect their prey. Finally, we conserve forests where the owls are found by providing landowners with payments for ecosystem services in exchange for conservation activities.

The global population of the Ferruginous Pygmy Owls is at risk. Please support us financially and help us to conserve their habitat.

How it all began: Lands for Conservation Program 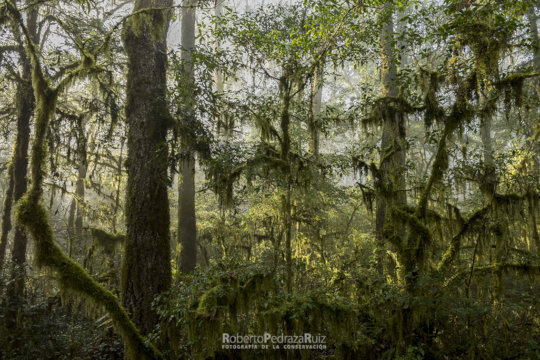 An article by Roberto Pedraza Ruiz, GESG’s official photographer and head of the Lands for Conservation Program, on the birth of this incredible network of private nature reserves.

In 1987, my parents started a grassroots movement aimed at conserving the incredible biodiversity of the Sierra Gorda Biosphere Reserve, which led to the founding of Grupo Ecológico Sierra Gorda (GESG). Having grown up with the Sierra Gorda as my back yard, I enthusiastically became involved with the project. It was natural for me to pick up photography as a tool for shedding light on the Sierra Gorda’s biological wealth and documenting its diversity of ecosystems.

In 1996, I was carrying out point counts for a bird monitoring project, which led me to revisit a very special cloud forest, one where grand old oaks and ancient cypresses reach heights of 40 meters with their limbs draped in dense mats of moss, ferns, orchids, and bromeliads, a place where I have managed to photograph jaguars, pumas, and margays.

To my dismay, I found this precious cloud forest in the process of being logged, which was perfectly legal but incredibly harmful nevertheless. Hundreds of trees had already been cut down, and, as is customary, the loggers and foresters paid the humble property owners a pittance for the rights to their forest. The shock of this experience spurred me and the rest of GESG to action. We stopped the destruction by purchasing this cloud forest and placing it under strict protection, establishing it as the first private natural reserve in the Sierra Gorda.

Today, we run a network of private nature reserves, devoted solely to wildlife. Thanks to these networks and your generosity, we are protecting sites with high biological value, giving ecosystems and species refuges from human activity, spaces where they are protected from humans’ ever-increasing demands for land and ecosystem services.

Your donations make this work possible by helping us to cover park ranger salaries and maintenance costs. Thank you. 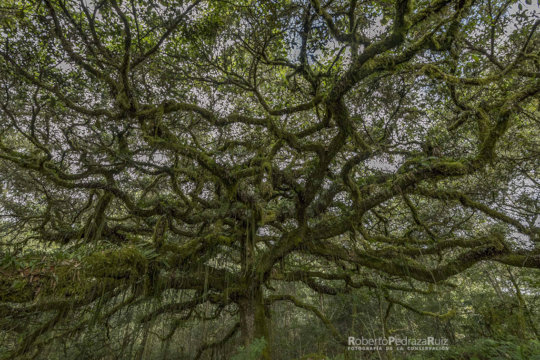