What is Bob Holmes Up To? 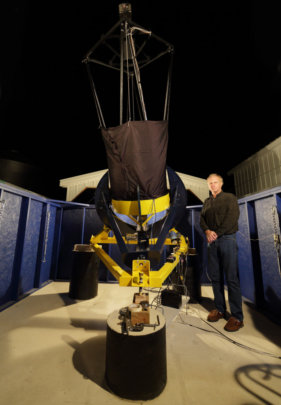 Who is Bob Holmes, you ask?  He is the Director of the Astronomical Research Institure in Charleston, IL, AND is the only four-time winner of the Shoemaker Grant.  He does crucial work in Near-Earth Object follow-up observations, which are critical to determing orbits of newly discovered asteroids.

This past year, his Astronomical Research Institute has been making improvements to the NEO program.  In 2015, over 193 nights, ARI produced 47,445 NEO measures, with over 1,100 of those measures fainter than magnitude 22.0. That is most ever produced in a single calendar year!

The important work being done by Bob Holmes and many others like him is crucial to planetary defense, as we seek to learn more about potentially dangerous asteroids and comets.

Four time Shoemaker NEO Grant winner Bob Holmes of the Astronomical Research Institute in Illinois, USA with the wide field of view 0.76 m (30 in) telescope on which a camera purchased with a 2013 grant has been placed.

LightSail 2 Has a Magnetic Personality 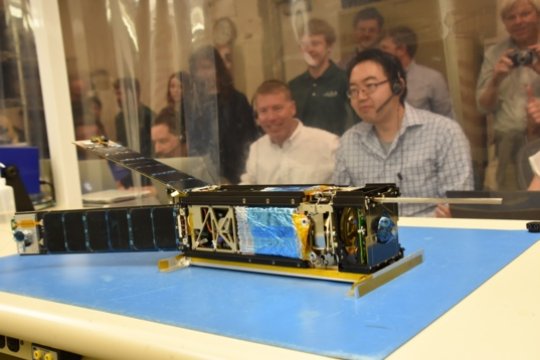 It's been a few weeks since LightSail 2 unfurled its Mylar solar sails during a day-in-the-life test at Cal Poly San Luis Obispo. What has the little CubeSat been up to? Here's a roundup of updates that were made in response to the test results, and a look at the project's next steps.

The biggest anomaly during the day-in-the-life test was the booms stopping just a few motor counts shy of full deployment, as indicated by telemetry coming over the air to Cal Poly's ground station.

Telemetry also showed that the motor was still active, struggling to push the booms to their imaginary finish lines. This was a potentially dangerous situation—in a worst-case scenario, one might expect smoke to start rolling from the jammed motor—so the team commanded the motor to power down.

LightSail didn't respond, so Ecliptic Enterprises Corporation engineers Riki Munakata and Alex Diaz quickly unhooked one of the four triangular sail sections, opened an access panel in the deployment table and manually powered off the spacecraft.

It turns out the motor count required for a full deployment varies slightly from deployment to deployment. This is mostly based on environmental factors, including how the sail and booms are repackaged after a test. Additionally, all four sail quadrants pull on their adjacent quadrants, but because we aren't testing in zero-G, friction and gravity prevent the sail from working itself into a more relaxed state.

So despite the motor count, the sail was probably tight enough. The tension on the sails at the end of the deployment range—combined with boom flexure and deployment table friction—was enough to overpower the motor.

The mitigation? To be on the safe side, the team will lower future target deployment counts. We can always incrementally walk the booms out farther.

I can't hear you over this solar sail motor!

Regardless of why the motor stopped, LightSail didn't respond to commands in its stuck state. The likely reason? Electromagnetic interference around the spacecraft's aft compartment from the motor itself.  LightSail's antenna is located right beneath the motor and boom spindle:

LightSail is able to send out telemetry chirps while the motor is running, but it apparently can't hear anything. This isn't usually a problem, since sail deployment is the biggest milestone of the mission, and a point in time where there's not much to do except sit back and watch.

Rather than solve the more difficult (and costly) problem of the interference itself, the easiest fix is adding a contingency timer to the flight software that powers off the motor after a few minutes, regardless of whether the target deployment count has been met.

During the first phase of the day-in-the-life test, where LightSail sits in the clean room for antenna and solar panel deployment, there was some odd battery behavior.

LightSail has two battery boards holding four cells each—eight cells total. During DITL testing, not all of the cells were initially supplying power to the spacecraft. This was unexpected, but not necessarily a problem; it mostly resulted in a change in understanding about the spacecraft's power system.

However, this behavior also led to the discovery of an underlying hardware problem: one of the eight battery cells' protection circuit has failed.

When LightSail's solar panels receive sunlight, they charge the battery cells. When a battery is fully charged, its protection circuit stops more power from flowing into that particular cell. An overcharged cell can distend, or in the worst case, catch fire.

The safest fix here is to replace the battery board with the affected protection circuit. Ecliptic has already ordered the new components and expects to have them installed in the next week or so.

Vermin of the Sky 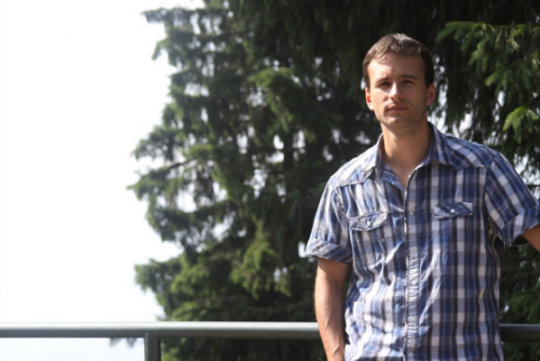 (This is excerpted from a blog post by Planetary Society Director Emeritus Louis Friedman, orignally posted in 2013.)

"Vermin of the sky", was the phrase many astronomoers attributed to asteroids as recently as the 1970s and 1980s.  They were seen as little object that got in the way of serious astronomy.  NASA  had little interest in them, and science funding organization ignored them completely.  Their rejection by the establishment was one reason for The Planetary Society getting into the act as advocates for observations and missions and raising funds from our membership for the few astronomers who were conducting observing programs.

Gene and Carolyn Shoemaker were among the few.  Another reason for our early advocacy of asteroid observations was the growing acceptance of a previously sneered-at hypothesis:  that asteroid impacts had cause mass extinction of species on Eart.  They are, we now know, critical players in the evolution of life.

Carl Sagan first brought the Society into the Planetary Defense discussions back in the 1980s working on both the astronomical and defense implications.  We worked closely with individuals and groups seeking to understand the probabilities of impact and how to deal with them.  We also participated in and helped organize conferences about the subject.

Asteroid science is now important science, and asteroid exploration is now a  human and robotic mission goal.  It's amazing to contemplate the range of possibilities from current efforts  untold wealth being mined from asteroid resources, widespread devastation and loss of life from an impact, or the revitalization of human exploration taking the first steps beyond the Moon.  Whatever actually comes to fruition, we will learn and accomplish a lot.  The Planeatry Society has been there since the beginning and  helped to make it all happen.

Over the 17 year history of the Shoemaker/NEO program, 323,000 has been awarded in 49 awards (to 39 awardees) in 16 countries on 5 continents.  Your contributions make that happen!

Luca Buzzi, operates the G. V. Schiaparelli observatory near Varese in northern Italy. This system is one of the most productive NEO astrometric (sky position) follow-up facilities in the world.  They have recently procured a large 0.84-meter diameter f/4 telescope. His grant of $9,995 will enable the purchase of a CCD camera for this telescope. With this equipment in place, it is expected that Luca will be able to observe NEOs down to a visible magnitude (brightness) of V~ 22, on par with professional facilities around the world.