Can You Hear It? Signals from LightSail! 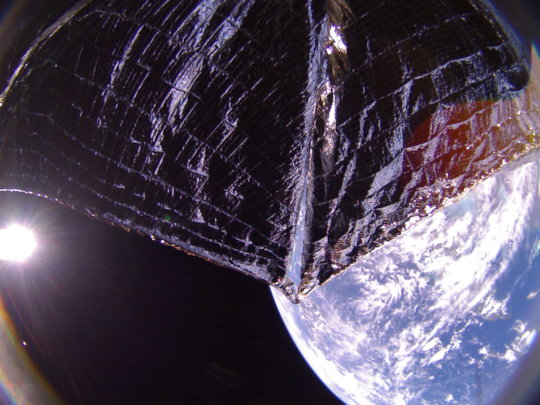 LightSail 2 over the Caribbean

When LightSail 2 recently flew south of The Planetary Society's Pasadena, California headquarters, CEO Bill Nye and other staff members stepped outside to listen.

On 9 September 2019, LightSail 2 testing and operations engineer Justin Foley, who is also a Planetary Society member, brought his amateur radio equipment to The Planetary Society for a LightSail 2 flyover. As Nye and others watched, Foley's radio antenna picked up LightSail 2's Morse code signal and piped it through laptop speakers for everyone to hear.

Radio enthusiasts looking for tips on tracking LightSail 2 can visit the "see and track" section of our LightSail 2 Mission page. 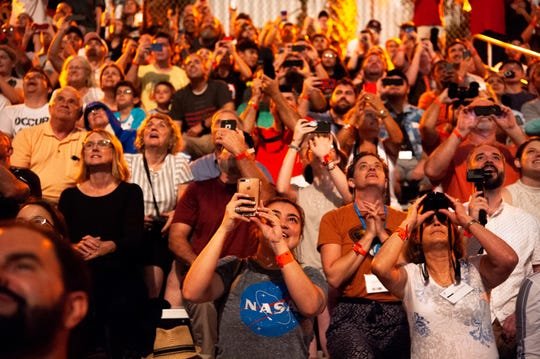 Watching the launch at the Saturn V Center.

A note from Robin Young, Donor Relations Manager for The Planetary Society:

We know that many of you who donate through Global Giving are also members of The Planetary Society, which means this project belongs to you, every member, backer, and donor who have supported this mission.  You have our most profound thanks.  Go LightSail 2!

LightSail 2 is officially in space!

During its ride to orbit, LightSail 2 was tucked safely inside its Prox-1 carrier spacecraft. The Falcon Heavy upper stage's payload stack released Prox-1 about an hour and 20 minutes after liftoff, at an altitude of roughly 720 kilometers. Prox-1 will house LightSail 2 for 1 week, allowing time for other vehicles released into the same orbit to drift apart so each can be identified individually. LightSail 2 deployment is set for 2 July; our first chance to hear from the spacecraft will be that day.

"After that spectacular nighttime launch, the flight team is ready to operate the LightSail 2 spacecraft," said LightSail 2 project manager David Spencer. "We will be listening for the radio signal in a week, following the release of LightSail 2 from Prox-1."

Bruce Betts, Planetary Society chief scientist and LightSail 2 program manager, added, "After years of hard work we are ecstatic with the launch and looking forward to doing some solar sailing."

About 500 Planetary Society members and supporters were on hand at the Kennedy Space Center Apollo-Saturn V Center to watch their crowdfunded spacecraft take flight. Sound from the Falcon Heavy's 27 engines rumbled through the viewing area, as the rocket blazed high into the sky before starting its arc out over the Atlantic Ocean. Both of the rocket's side boosters flew back to Cape Canaveral for upright landings, creating sonic booms that delighted the raucous crowd.

SpaceX's live feed from mission control in Hawthorne, California followed the rocket's center booster as it attempted to land on the drone ship Of Course I Still Love You. The booster’s exhaust plume briefly appeared on camera before apparently crashing into the ocean. The landing was not a requirement for mission success.

LightSail 2 team members will soon converge at Cal Poly San Luis Obispo in California, where the spacecraft’s mission control is located. Once LightSail 2 is released from Prox-1 on 2 July, the team will spend several days checking out the CubeSat’s systems before commanding its dual-sided solar panels to deploy. Following that, the spacecraft's solar sails will be deployed, roughly 2 weeks in total from launch day 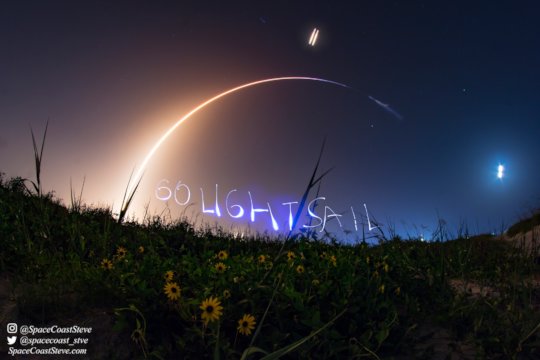 The latest on LightSail and its launch date. 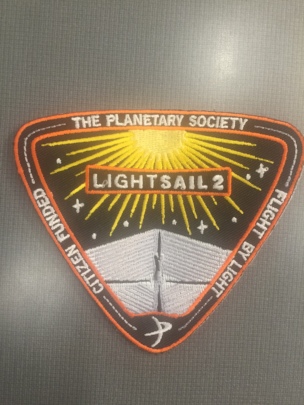 Greetings to the Global Giving community!

We’ve been hearing recently from Planetary Society members and donors who have heard varying information about the first commercial flight the Space X Falcon Heavy rocket, and whether or not our LightSail spacecraft will be aboard.

At present, our STP-2 launch is scheduled "no earlier than" the first week of June. However, we don't expect that date to be met due to the likelihood of further delays in the scheduled launch of a communications satellite called Arabsat. As soon as we see the successful launch of Arabsat, including the recovery of all three rocket cores, we can begin to look at realistic launch date scenarios. At present, that might mean June but for a number of reasons, we are guessing that it will be more like July at the earliest.

In the meantime, we do have preliminary plans developed for the launch experience that will encompass a variety of experience packages, but we cannot finalize them until we get a firm date (the hotels and conference venues we will be using all need firm dates for contracts). We will share all of that information widely with all of our members and Kickstarter backers once we can finalize the plans.

After four long years of waiting, we are cautiously optimistic that we will launch in just a few months’ time.  Our spacecraft is good and ready!  Sincere thanks to all of you who have supported our LightSail project – this truly IS citizen-funded flight by light, and together we are helping to change the world!