Welcoming our new PO - and the Countess of Wessex! 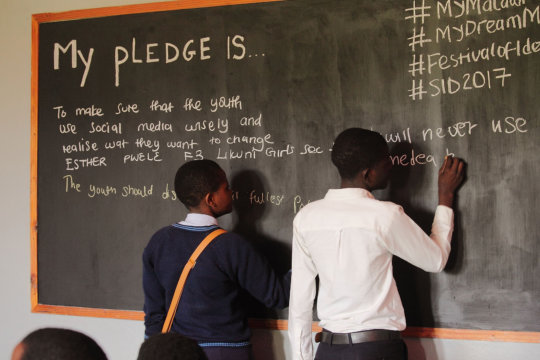 Students at the Festival of Ideas

This quarter has been full of celebrations and special occasions for Students with Dreams (SWD)!

In January, the AGHCA collaborated with Lake of Stars and the British Council to host sessions at a Festival of Ideas engaging youth in discussions around civil society and development. We facilitated World Cafe and fishbowl discussions with over 200 secondary school students to brainstorm the role Malawi’s youth could play in shaping the country’s future. The six strongest ideas were presented on the main stage to the full festival audience of 1,000 attendees. Later in the day, SWD alumni Akulu Lipenga and Mcpherson Ndalama ran an arts workshop in which students could 'Create a Malawian Superhero' and develop a comic strip showcasing the character. Finally, as part of Lilongwe shorts, we screened Umunthu, a documentary made by SWD alum Mwizalero Nyirenda exploring opposing views on LGBTI rights in Malawi.

This January we also welcomed our new SWD Programme Officer, Lekodi Magombo, who recently graduated with a degree in Political Science from the University of Malawi Chancellor College. As a 2015 Dreamer, Lekodi spearheaded the project LoudInk, which provides a platform for secondary school students to find their voices and tackle inequity through creative writing. After serving as a passionate, organized and highly valued Mentor for our 2016 Dreamers, Lekodi joined the AGHCA team. A creative go-getter, he enjoys hiking, reading, learning new tech and is on the path to releasing his first novel. We’re thrilled to have him!

It wasn’t long before Lekodi was welcoming members of the British royal family. Lekodi co-founded LoudInk with Madalo Banda, who was presented with a Queen's Young Leaders Award by Her Majesty the Queen at Buckingham Palace last year. This March, the Countess of Wessex traveled to Malawi to see LoudInk in action. Working with secondary students at Cherub School in Lilongwe, Lekodi and Madalo facilitated a discussion about career dreams, ran a workshop on creative writing, and invited two students to recite their stories. At a reception in the residence of the British High Commissioner, Madalo gave an inspiring speech about the origins of the project and the role of youth in Malawi.

As students return from end of year break, the AGHCA is gearing up for SWD 2017. In recruiting this year’s Dreamers, we’ve decided to try something new. Instead of running info sessions presenting the programme, we’re launching Dream Machines. Using the participatory, arts-based approaches for which the AGHCA is known, Dream Machines are interactive and collaborative brainstorming extravaganzas. Inspired by design thinking, students will be using image theatre, role-play, and word games to generate and iterate ideas for tackling challenges they’ve identified in their communities. Of course, we’ll still tell them all about SWD and hand out applications, but they’ll be able to draw on the feedback of their peers as they flesh out their proposals. We can’t wait to share what they come up with… 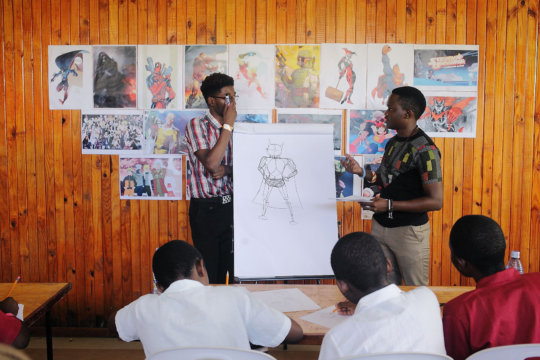 Create a Malawian Superhero at Festival of Ideas 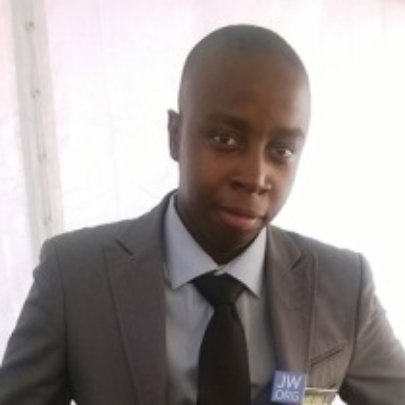 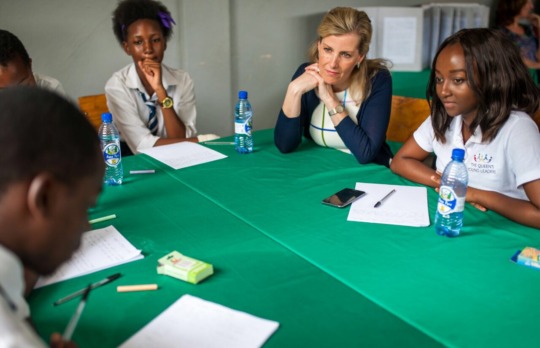 Welcoming the Countess of Wessex
Jan 6, 2017 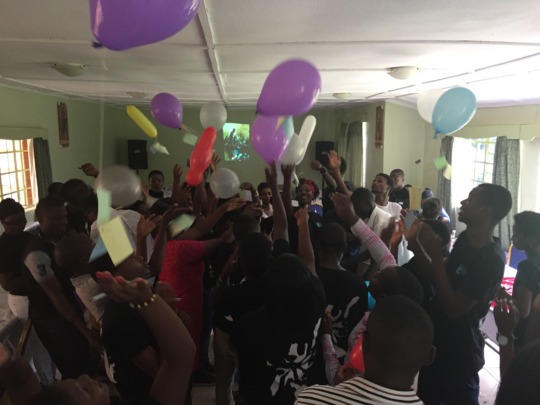 Happy New Year from AGHCA and thank you for helping us raise over $3,500 for Students with Dreams during the holiday season!

This December, we brought our 2016 Dreamers together to celebrate their achievements and reflect on their experiences, alongside alumni, faculty, staff, city council members, and reps from other youth organisations. The day kicked off with Dreamers sharing their highs and lows during the design and implementation of their projects. We held a brainstorming session focused on energizing our growing alumni network and wrapped up with a showcase of music, drama, and spoken word performances.

Join us in bidding a fond farewell to our Chancellor College Dreamers as they complete their projects and graduate from the programme. Learn more about just two of their wonderful projects below.

Through World of Words, Dreamers Ucizi and Chido shared their love of English language and literature at Mulunguzi Secondary School. Working with 160 students, they organised spelling bees, book clubs, and workshops on public speaking and creative writing. Reflecting on her experience, Ucizi (an exceptionally talented poet and performer) said: “My proudest moment as a leader is when I saw one of the students in my group, who was very shy, stepping out of her shell and expressing herself boldly in front of her peers. It felt good to see her being sure of herself and knowing that I could help her in a seemingly small but significant way.”

Dreamers Alinafe and Stewart created Youth Redefined to sensitize teenagers at Madrassa School and the surrounding community about young people’s reproductive and sexual health and rights. The project has had such a strong impact that the District Health Office has asked our Dreamers to join a youth group forum and UNICEF and YONECO are looking at their model.

As we strive to grow and improve Students with Dreams, evaluation is critical. With the support of the Global Giving Feedback Fund, we are developing and implementing a comprehensive evaluation strategy. We have conducted focus group with current Dreamers, built a new database to track projects and alumni, and developed an online survey to be completed after graduation from the programme. Thanks to your support and the thoughtful feedback from our 2016 Dreamers, Students with Dreams will be better than ever in 2017! 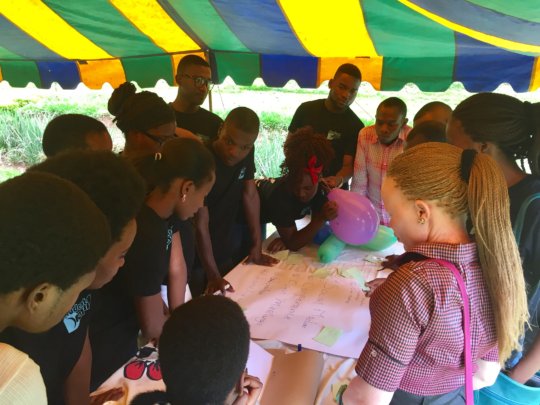 Brainstorming ideas for an alumni network 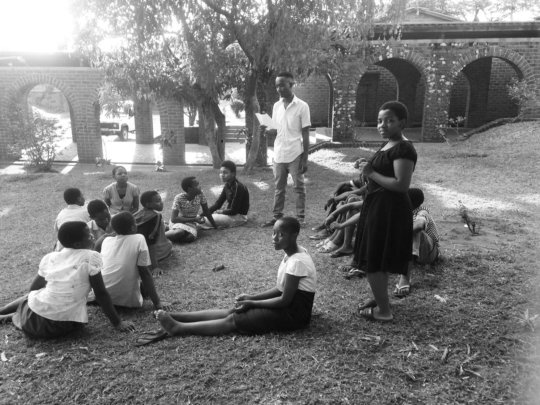 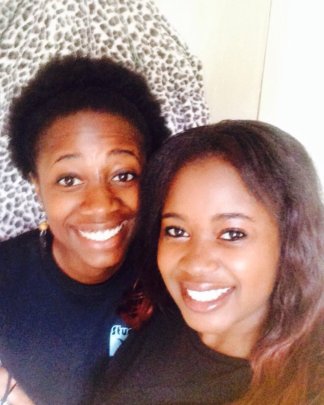 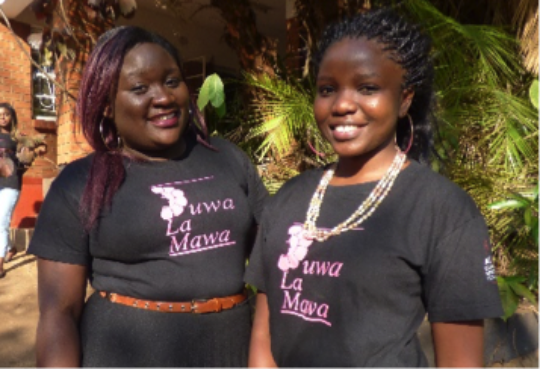 This quarter, we were thrilled to learn that Duwa La Mawa, a Dreamers in Residence project, was shortlisted for Road to Nairobi. Duwa La Mawa strives to increase access to education for girls by teaching handcrafting and entrepreneurship skills as a way of raising funds for school fees. AGHCA hosted their presentation for the Road to Nairobi team, which is traveling across eight African countries to interview young entrepreneurs and will culminate in the 2nd High Level Meeting of the Global Partnership for Effective Development Cooperation.

This quarter, SWD projects flourished at Chancellor College, Domasi Teacher Training College and Malawi College of Health Sciences. Through the World of Words project, Dreamers secured over 50 books to revamp reading among secondary school students in Zomba. TULI, a project focused on teaching marginalised young women skills for running small businesses, acquired land to build an oven to be used for baking lessons. Lingalira Mawa offered counselling and support to encourage teen mothers and teens struggling with addiction to return to school.

AGHCA conducted a refresher training and needs assessment with Dreamers at Malawi College of Health Sciences. The goal was to remind our young leaders of the programme’s core values and sharpen their leadership and project management skills, while also identifying the areas in which dreamers could benefit from further training. After the session, Dreamers had this to say:

It is your generous support that makes our Dreamer’s projects possible. We hope you will continue to help young Dreamers lead the movement for social change in Malawi. 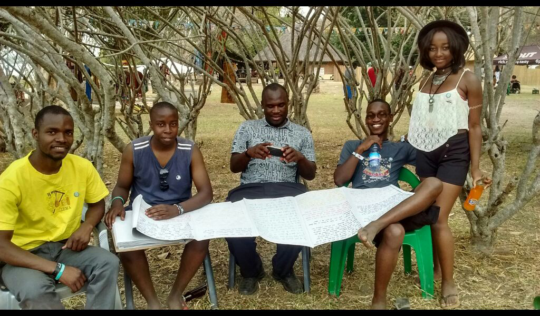 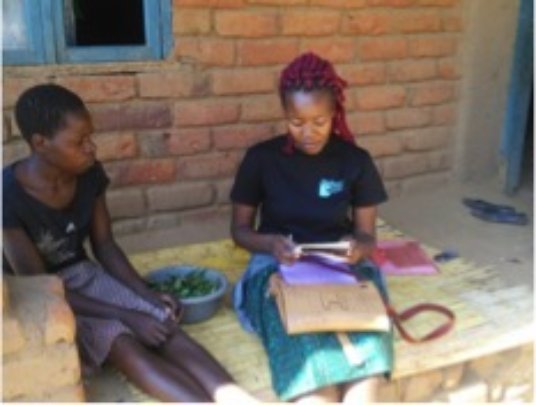