Reaping the benefits of skills development! 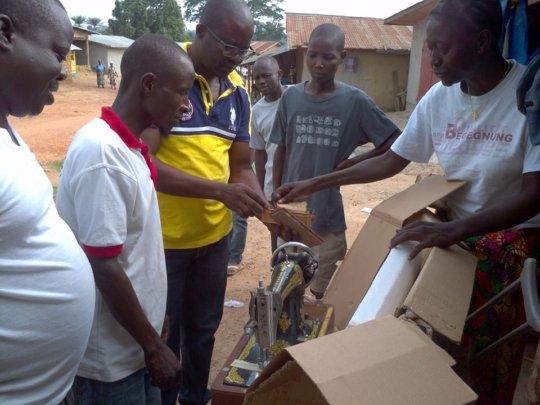 "Today, I am a happy woman because of the skills I have acquired from Camp for Peace Liberia.  Years back people called me with all kinds of names.  Some called me rebel, others said I was good for nothing and they say I was useless. But today, they are calling me by my real name and consider me to be good for something.  At some point I felt I wasn't worth living and wanted to kill myself.  But I am thankful for Camp for Peace for giving me an edge to redirect my life.  As a result of the training acquired, I am able to make money to send my children to school and to assist my siblings.  I also want to thank all those who contributed their hard earned money to help me become what I am today." (Anonymous)

"I am glad that I was able to know you and to donate to your work.  I feel happy whenever one member of the human family gets satisfaction and able to realize their values as a human being and act according to those values.  My donation to your organization has not only helped in transforming someone life, but it has also added values to my personal life.  I hope to continue donating to your work as long as the means exist.  Thank you for all that you are doing to bring humanity to the world". (Anonymous)

As Liberia tries to recover from a decade of civil madness that engulfed the motherland, there remain several challenges:  From rebuilding Liberia infrastructural to those issues that are misdirecting the young people today, from the causes, to a long-term solution. From the effect of the civil war, to the challenges that former combatants are faced with, from lack of educational support to societal breakdown, from societal rejection to the choice of life. The Ebola effects and the support needed for the survivals, politics and more.   Camp for peace Liberia with support from well-wishers and friends across the globe continue to provide the modest contributions in transforming lives.

During the period under review, the following were accomplished:

We want to extend our heartfelt thanks and appreciation to all our sponsors for their support.  We also want to thank those students for choosing the path of learning skills to become better people in society. 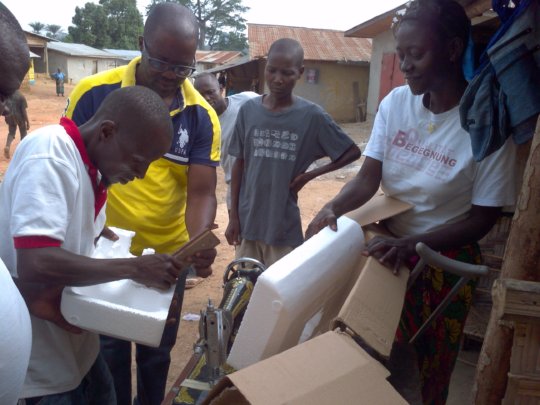 35 marginalized youths of the Education Project have received scholarship and follow-on project support in 2016. In December of 2015, 25 students, mostly ex-combatants graduated from the Lutheran Vocational Training Center after an elevens months of training in various vocational disciplines such as Masonry, carpentry, Agriculture and animal husbandry, Electricity, Plumbing, Auto-mechanic and general life skills training.

In continuation of the project, additional 25 students were admitted during the period under review for another eleven months vocational sojourn. Out of the 25 students, 18 are females, while 7 are males. The high number of females to males signifies a huge progress in support of women empowerment.

Additionally, follow-on project support were given to ten students of past graduates who are presently making effort to establish their own enterprises. They were given equipment and money as signs of motivation to buttress their initiative.

In general, the training has made a tremendous impact on the lives of the students. It has shifted their perceived notion that they were less value human beings and their lives were meaningless to thinking more positively about themselves, acknowledging that they have energies and talents that prove to be valuable and important not only for themselves, but their family members and the community as whole. Secondly, most of them started the training with no idea on any skills, but today, they can speak with excessive pride and self-satisfaction that they are able to make a change through the application of their skills. Value system such as respect and tolerance have been restored as a result of the training. This is manifested through their actions, speeches and physical appearances.

Family members have begun reaping the benefit of the training as well. Family names that were associated with drugs, alcohol and robbery in the community are gradually fading out. Those names are now turning into forces for good in the community. Today, family people can now feel confident to associate themselves with training participants because they are no longer involved in things that brought shame, and disrepute to their family-hood. Some of the participants are now earning money from their skills and supporting their family.

“When I was fighting in the war my father and mother died almost at the end of the war. Then I became addicted to drugs and alcohol since I was eight years. Now I am 25 years with two children but did not go to school. I have been living in the street, thinking that there was no better life for me any more but when I saw my friend who and I fought together came and learned how to build, I decided to come to the program. For the time spent learning skills, I am now able to lay blocks and build up a house wall. I am grateful to our sponsors for giving me the opportunity to become one of the best builders in this region. Today I have established my own building construction business to make money to help my family and the society” (Vesselee, 25 years).

The community on the other hand is being also positively affected by the skills of these participants. The occurrence of violence instances and act of banishment are gradually reducing in the community. The community is now tapping on the expertise of these participants to clean farm and markets roads, repair drainages, construct houses, repair motorbikes and vehicles, electrify houses and hospitals, roof building, produce vegetables and raise cattle, etc.

We want to extend our thanks to our partners for their donations and for the opportunity given us to extend support to young people in need. 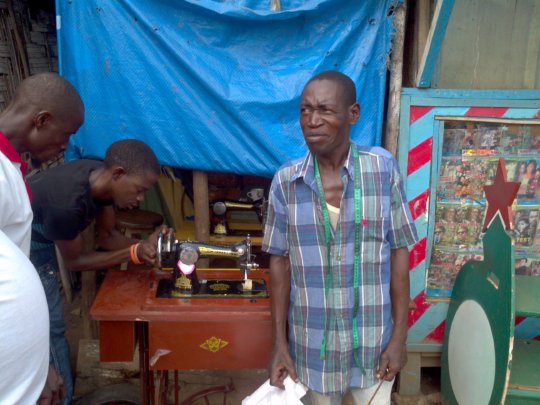 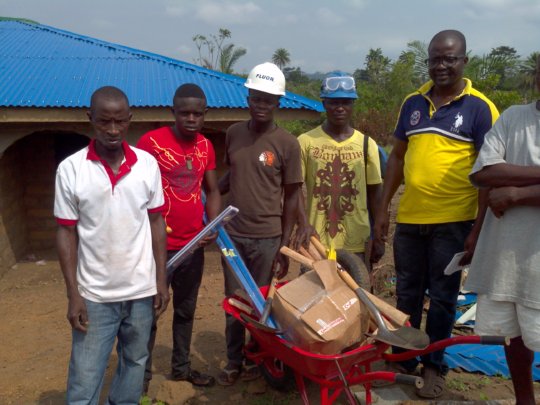 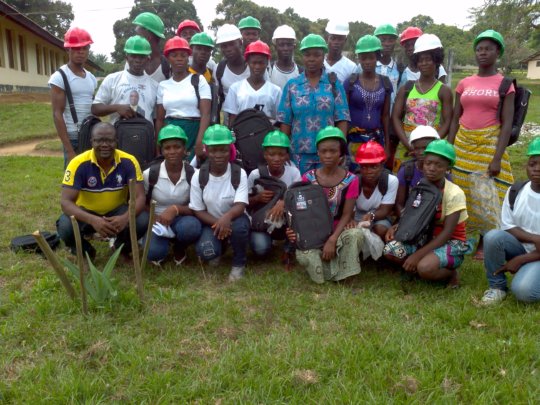 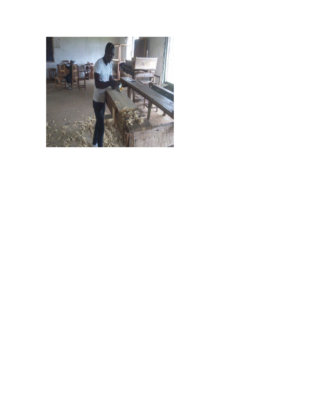 After ten months of intensive studies at the Lutheran Vocational Training Institute, 50 marginalized youths, predominantly, former child soldiers of the Educational Project are expected to graduate from various disciplines on December 19, 2015.  These disciplines include, but not limited to the following:  Masonry, Carpentry, Auto-mechanic, Plumbing, Electricity, Agriculture and Tailoring.  In addition to these interdisciplinary courses, the youth were also provided with psychosocial support and constant follow up were carried out to maintain their engagement and progress.

Evaluation result shows that these youths have been equipped and empowered with knowledge and skills that will enable them to contribute to sustainable peace and development in Liberia.  The skills acquired will also help them to promote the culture of peace, non-violence and accountability in the community.

During practical session in their community, these youth demonstrated to their community that their lives have been changed for the better and that they are no longer the same when they first came to the program.

As stated by Amos “I will no longer be the same. I came here with nothing in my head, but now I am able to make chairs, benches, tables, etc.I have seeing life in a more positive way and I know that as a human being, when you are learned, you can earn money to help yourself and your family and your entire community. Upon graduation from this program, I will want to go to adult literacy to really learn how to read and write. I also want to be educated and I will continue with my own business to fix chairs for various schools in this region. Thank God for all those who helping us to become good people in society.

We are grateful to all of our partners who have accompanied us in this journey by contributing their hard-earned money in supporting these youth to acquire skills.  Since they started this program, their behavior has changed from hopelessness and violence to being hopeful and resilience.  They are no longer abusing drugs and other bad substances.