Client tells IBJ, "You brought me back to life." 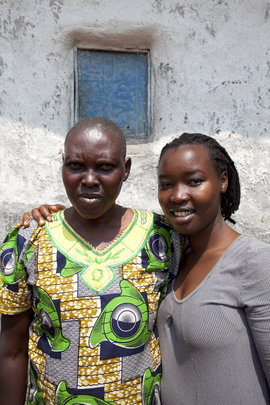 Verdiane, a Rwandan mother of four, was arrested after her ex-husband’s second wife arbitrarily accused her of spreading ethnic hatred. Verdiane was remanded in custody, tried before the Trial Court, and sentenced to ten years in prison. Thrown behind bars for a crime she did not commit, Verdiane was overwhelmed by the feeling of injustice. Not only did she find the separation from her children unbearable, but the poor conditions in which she was detained led her to develop severe pains in her back and legs - she was even rushed to hospital several times. However, Verdiane did not lose hope and asked a prison officer to help her find legal assistance. She was eventually put into contact with Aline Niyodusenga, a young lawyer originally from Kigali working with International Bridges to Justice. Aline immediately agreed to take on the case on a pro bono basis, and took over Verdiane’s appeal at the High Court. Thanks to Aline’s intervention, the process was instantly expedited. Aline presented a strong case in court, which was based on the lack of evidence against her client and the contradictions present in the witnesses’ evidence. As a result, the High Court acquitted Verdaine of all charges and ordered her immediate release. Verdiane was finally reunited with her children after three long years of absence. Verdiane commented that Aline and International Bridges to Justice "brought her back to life" by allowing her to be reunited with her family. 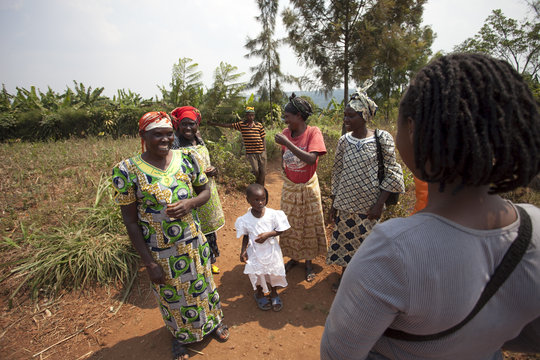 Verdiane was finally able to return to her village 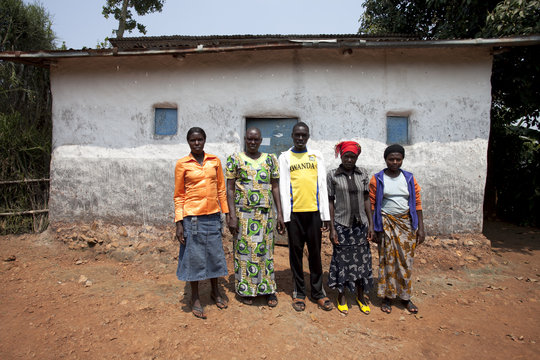 Verdiane at home, reunited with her family 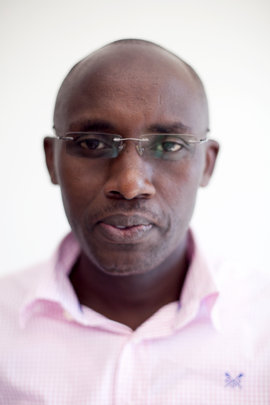