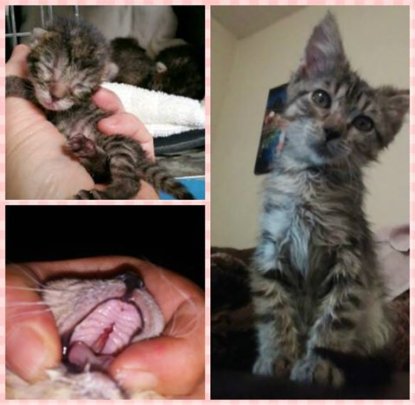 We are closing in on the end of another, successful year at Dog n Kitty City.  In light of Thanksgiving, which is right around the corner, we have a lot to be thankful for.  From our shelter staff to our wonderful volunteers and supporters, thank you for your support.

Here are a few highlights from this past quarter:

These are impressive statistics for our small, but mighty shelter.  Looking at the Year to Date statistics, here is where we currently stand:

Out of the 503 animals mentioned above, one, very unique and little soul stole our hearts the day she arrived at just 3 days old.  Quacker was a part of a litter of kittens that needed to be bottle fed daily by our shelter director in order to survive.  Unlike her siblings, Quacker was born with a cleft palate, and because of her abnormality, she wasn’t able to eat canned food.  She was only able to drink milk through a syringe, fed to her very slowly so that it did not come out of her nose.  Our shelter director fed her this way until she was 16 weeks old.  At that point, the vet said it was safe to perform surgery to correct her cleft palate.  The estimated cost to fix her cleft palate was $4,000.  She made it through with no problems at all, and because of supporters like you, we were able to collect funding needed to correct her abnormality!  She is able to eat mushy solids now, and her favorite meal is tuna and chicken!  We are very thankful to our shelter director for being such a great caregiver and foster mom to this wonderful kitten!

Quacker’s success is a direct result of the character and determination that defines our shelter.  We are so pleased to be able to share this heartwarming story with our amazing supporters.  Quacker’s story won’t be complete until we are able to find her forever home, and we are hoping to do so this holiday season.  Until then, we hope you have a great holiday season, and well wishes for the near year! 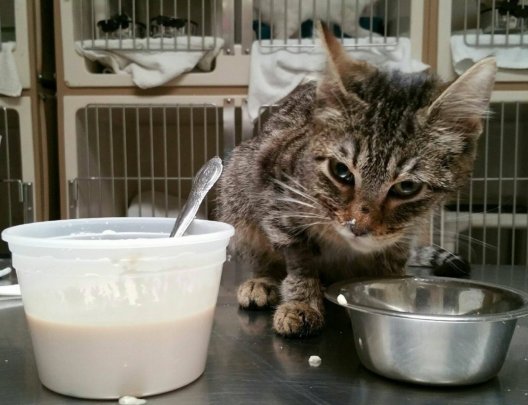 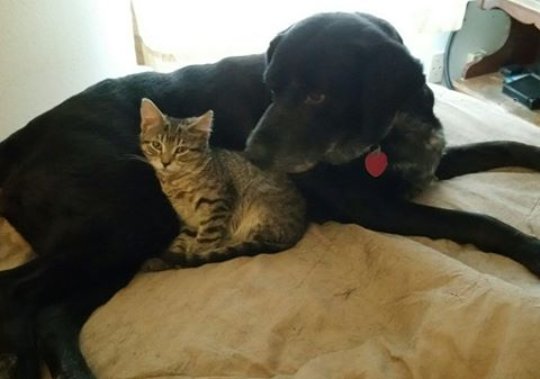 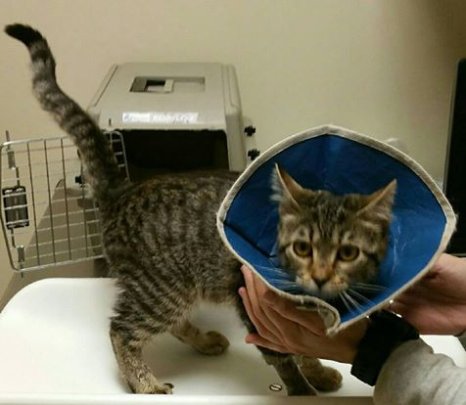 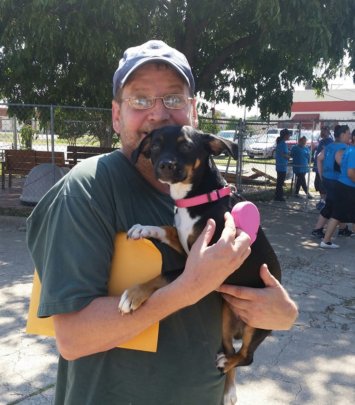 This was our second year participating in Clear the Shelter Day, which occured on July 23, 2016, however our planning and coordination took place well in advance of this date.  With the help of volunteer feedback from last year, we took lessons learned and applied them to our approach this year.  Despite the 100-degree heat, over 25 volunteer signed up to help participate in order to make this year's event a sucess.  We held a planning meeting the weekend prior, assigning each volunteer a specific duty based on their individual interest (cats, dogs, home visits, parking, etc.).  Together, our awesome shelter staff and volunteers allowed for a well choreographed day, with limited stress and plenty of focus on finding the right home for our cats and dogs.

We aren't like most shelters in the DFW-area.  We are a no-kill shelter, thus our animals are with us as long as needed until they find their pefect homes.  With that, we do not feel the stress that other, overcrowded shelters feel on Clear the Shelter Day.  We take pride in taking our time and using our judgment in order to arrive at the best, possible home for each animal.  This includes asking a potential adopter to fill out an extensive application that is reviewed by our Shelter Director, bring children and other pets to the shelter to meet with an animal prior to adoption, finally ending with a home visit by one of our volunteers for one last check before they are sent on their way.

With each animal adopted, room was cleared to allow for more dogs and cats to arrive at our shelter.  These animals come from various walks of life, whether it be from a kill-shelter where their time is up, running loose on the streets and brought in by a caring volunteer, or perhaps surrendered by their owners due to an unforseen and unfortunate change of life situation where an animal can no longer be cared for.  With every situation, and with the help of our amazing volunteers, we work hard to ensure a better second life for our animals.

Attached are pictures from this year's event.  Enjoy, and thanks for your continued support!

The Humane Society of Dallas County 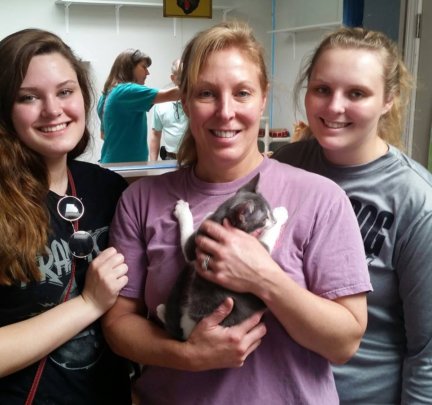 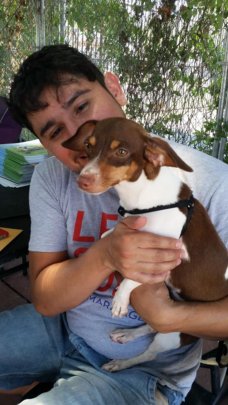 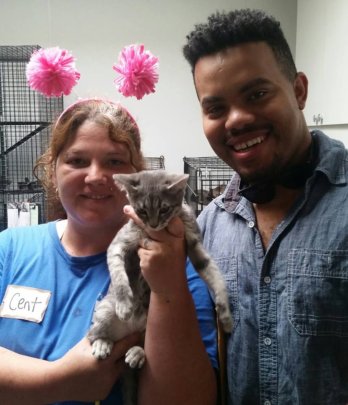 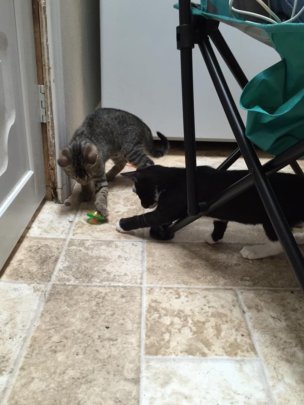 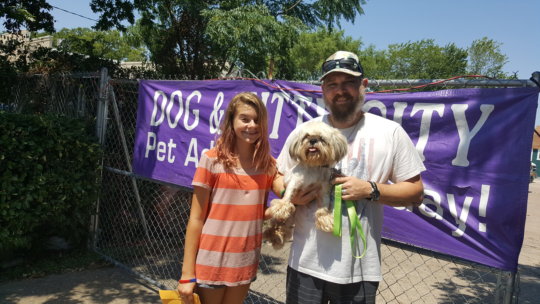 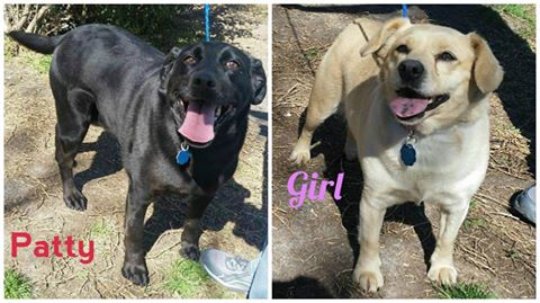 This has been a busy 2016 so far - Since 1/1/16, we have been able to find fur-ever homes for 166 cats and dogs combined!   Thanks to our generous donors, we have been able to achieve the majority of our ongoing shelter renovations as well.  We are halfway through updating our cat ringworm room, the sickbay, and the main hallway in the shelter.

Here two few of our favorite adoption stories from 2016:

Petite Tess and her sidekick, PC, were surrendered to HSDC/DKC in May, 2014, when their owner was experiencing difficulties in her marriage and reported her husband was abusing them. Tess had been adopted from DKC as a kitten in 2007, and she was 7 years old at the time she was returned to DKC. PC was 8 years old, having been born in 2006. Tess and PC went their separate ways inside the shelter. Tess preferred to hang out in a comfy cat bed and wait for volunteers and visitors to approach her, while PC followed people from room to room and sat in a lap whenever she could find one. They adjusted to shelter life in their own ways.

In January, 2016, a couple looking for an adult cat saw Tess and decided she might be a good match for their 16 year old cat. She was adopted at almost 9 years of age. In April, 2016, a kind lady with a 12 year old son came to the shelter to adopt an adult cat, and PC found her. PC was adopted at 10 years of age.  It is a very special occasion when a senior cat finds a new home, and staff and volunteers all cheered when they heard of Tess and PC's good fortune!

A friend of one of our longtime volunteers reached out to her in February regarding her ailing, 93-year old father whom cared for two dogs, Patty and Girl, in Arkansas.  Patty, a Chi/Lab mix, and her best friend Girl, an older, Black Lab had been dumped on a country road near this family's home and have been receiving lots of love, shelter, food, and treats by since then.  Unfortunately, the father was being transferred to a hospice, and his family members wanted to do everything they could to secure a positive fate for his beloved dogs.  Their story was brought up to our shelter director, and without hesitation, she agreed to take in the two pups.

They arrived at the shelter where they received basic medical care and were in good health overall.  They attended a few adopt a pet events in their short stay with us, including a first time event at Community Brewery in Dallas.  It was here where their lives changed forever.  Jeanna, a patron at Community Brewery saw Girl at this event, and couldn’t help but notice how happy she was, with her tail constantly wagging.  She began asking the volunteers about her story and learned about her best friend, Patty, whom was back at the shelter.  Days later, Jeanna filled out an application for Girl, only to have her best friend, Lupe, fill out an application for Patty, too!  We couldn’t have been happier for these two girls!  Not only did they get adopted at the same time, but they are able to see each other weekly for play dates thanks to Jeanna and Lupe's friendship.

Here are updates from both Jeanna and Lupe:

From Jeanna:  "I absolutely adore her! My cat is not quite as thrilled but he's getting used to her. Naps on the couch are their favorite. We have a pretty good routine down now. She really loves walks so we walk a ton and she's definitely lost some weight since I got her. She goes to doggy daycare while I'm at work. Getting her comfortable being left alone is the only issue we're trying to work on, otherwise she's great! Oh and we try to have doggy dates with Patty about once a week. Thank you so much for this sweet little girl!"

From Lupe:  "Lady, formally known as Patty, is doing great!! We found a vet in Addison called CityVet. We have monthly appointments to get her a bath and to get her Heartworm meds taken. She's on a special diet to drop her "love handles" off and we go on 3 walks a day that total about a mile and half. We also schedule time to see Jeanna and Girl at least once a week. She truly has changed my life and I spoil her rotten. I'm pretty sure she eats better than I do. I will send a follow up picture next month when she turns 10! I plan on celebrating her birthday with a doggie cake."

"Here are pictures of Lady's (Patty) 10th birthday. We celebrated at Lazy Dog in Addison with Brinkley (Girl) and I got her cake from Three Dog Bakery in Plano. We are still maintaining our 3 walks a day and Lady is close to her ideal weight!" 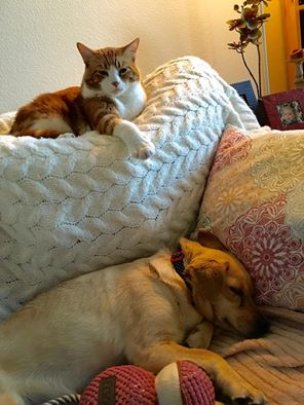 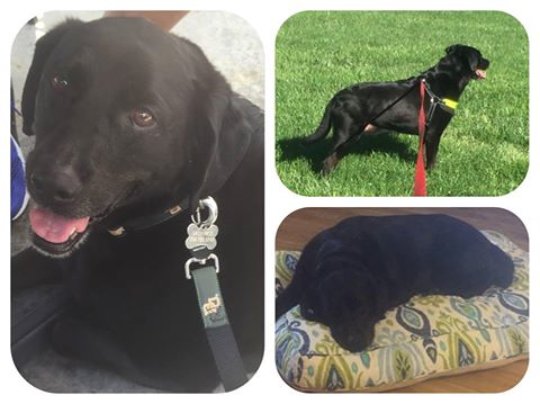 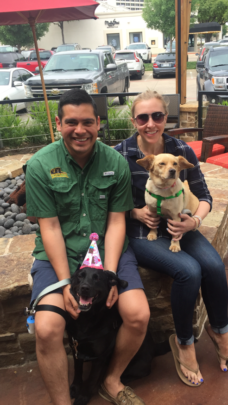 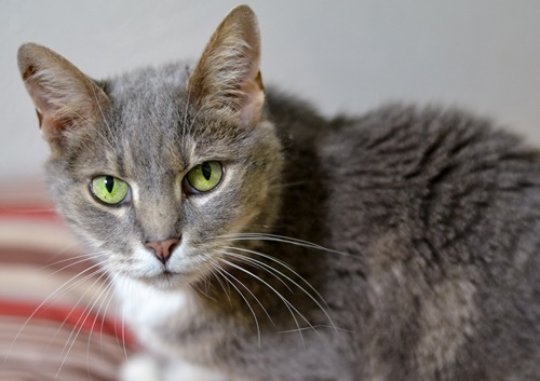 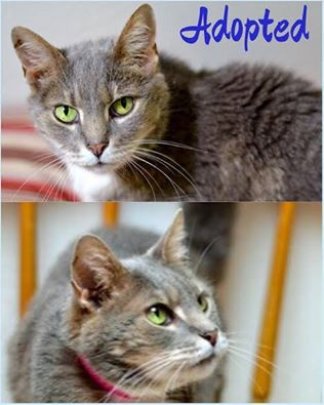 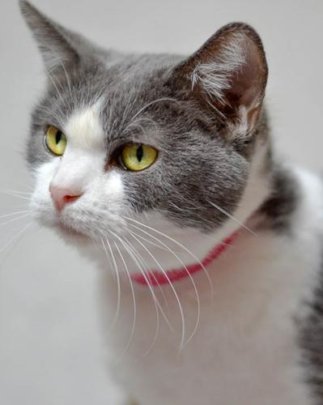 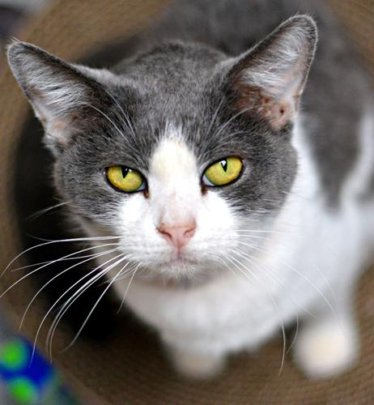 Tess Adopted
‹ 1 2 3 4 5 6 7 8 9 10 ›
WARNING: Javascript is currently disabled or is not available in your browser. GlobalGiving makes extensive use of Javascript and will not function properly with Javascript disabled. Please enable Javascript and refresh this page.