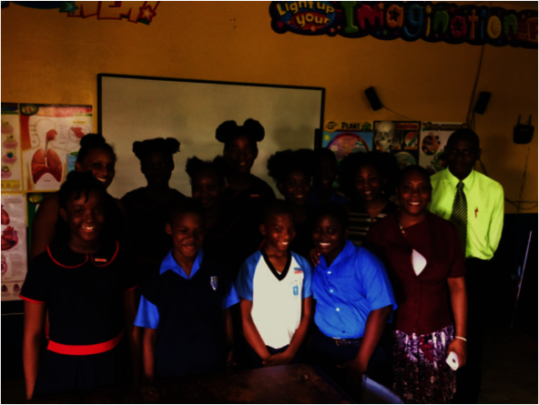 2018 ended on an exciting and productive note! On our most recent trip to Jamaica, we visited Allman Town Primary School for an assessment of our lab equipment donation!

SOSA had previously outfitted a science lab for Allman Town, with equipment that corresponded with their students’ curriculum. As you can imagine, we were excited to see how the equipment donated had been used! The school reported that approximately 39 students each week in Grade 6 alone now had hands-on lab time to accompany their science classroom lecture that takes place twice per week. We were informed that not only do Grades 4-6 benefit from the use of the lab space and equipment, but even students in their lower school such as Grade 2 were able to utilize the materials like the skeleton model!

Their principal and science teacher informed us that students are making use of equipment such as anatomy models of the whole skeleton, lungs, heart and brain, and that students have been able to examine the soil and its various components, while understanding the concepts associated with different layers. Our most exciting takeaway was that by providing these equipment to them, Allman Town is able to facilitate hands-on learning for multiple individuals, as opposed to only having access to just enough material for teacher demonstrations, with only observations possible for students. Allman Town has expressed the need for more equipment such as more anatomy models and prisms, and we plan to continue this working collaboration, as well as providing for additional schools with similar limitations.

Thank you for helping us to do this!!

By Keriayn Smith - Project Leader
STEPS has expanded and it was a success!!!
STEPS expanded outside of Kingston and the surrounding corporate area to conduct our stimulating experiments in St. Elizabeth Jamaica. STEPS on the road was held at ST. Elizabeth Technical High School, about 96km from our usual home base lab at the University of the West Indies Mona Campus.
We had approximately 30 students participate with riveting feedback. One student exclaimed that "although I had the mindset about becoming a scientist, this workshop motivated me a lot more". Our volunteers included a veteran volunteer from the inauguration of STEPS and 4 graduate students from UWI.
Expanding outside of Kingston posed challenges such as transportation, however, this can easily be overcome in the upcoming years. 80% of students rated their level of interest in science greatly improved after attending the workshop and the feedback from students say they are looking forward to engaging in STEPS again!
Jun 20, 2018

In the mood to see some data?? 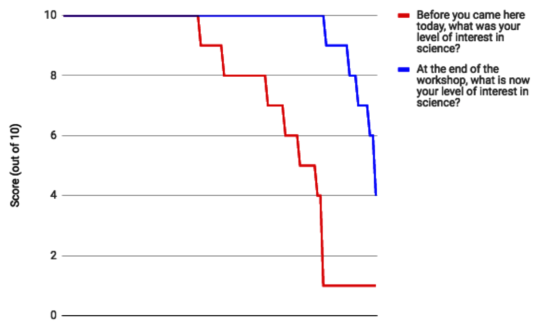 Checking feedback is important to us, as a quality control measure - after all, we are scientists!

We ask our student participants about their perception of science, their interests, their past interactions with scientists and try to get an idea of their future outlook.

Students came with a positive attitude! 98.2% were excited about being selected for the workshops and 99.2% were cognizant of the importance of attending university.

At the end of the day, the number who considered a career in science (see pie chart) increased from 61.2% to 86.3%. Overall, we saw a shift in the level of interest in science (see red to blue shift in line chart) - Yayyy!

These students are on the ball, and were certain to let us know that we have some more work to do – some students indicated (gave a score less than 8/10 – see plot with blue dots!) that the teachers were not fully able to help them to understand what they were doing.

They also contributed to our future planning – the majority of students showed an interest in doing more of these activities in after-school programs at their school – we will definitely incorporate this into our plans!

Thank you for helping us to influence how GenerationNEXT receives science! Please encourage your network to jump on board!! 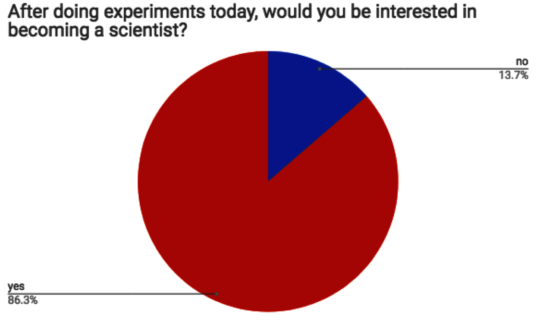 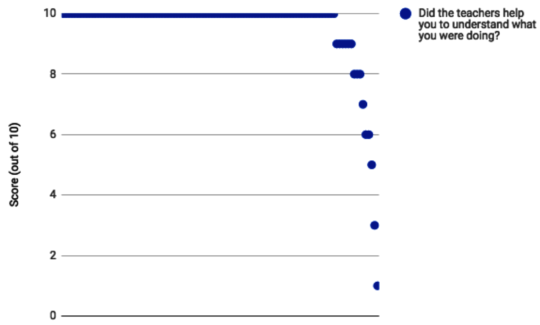 Blue dots
‹ 1 2 3 4 5 6 7 8 9 ›
WARNING: Javascript is currently disabled or is not available in your browser. GlobalGiving makes extensive use of Javascript and will not function properly with Javascript disabled. Please enable Javascript and refresh this page.