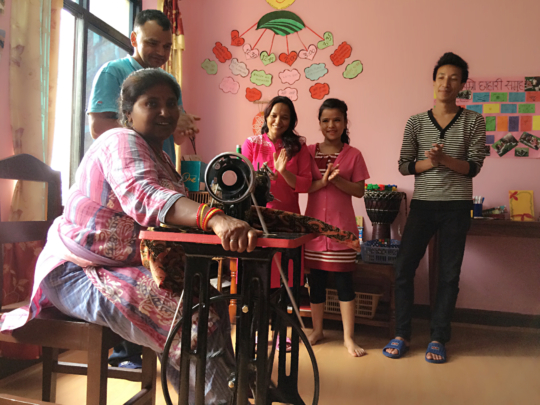 Sita is a witty 33-year-old female who is not afraid to speak her mind. Sita has been diagnosed with bi-polar disorder. She works as a part-time cleaner at a local school earning approximately 16 dollars/month. Her medication costs are approximately 15 dollars/month, sometimes more. Sita lives with her senile and disabled mother, sister-in-law, niece, nephew and disabled brother. Realizing that Sita was ill, the family was under the impression that marriage would cure her illness. While living away from the family home for one year her condition was somewhat stable. However, she contracted typhoid and after receiving medication for such her condition worsened and she began to roam naked in the streets.

Sita’s mental condition deteriorated on the basis of worry related to her brother’s disabled condition. Her brother became paralyzed as the result of falling from a tree at his place of employment, rendering him immobile and incapable of independently caring for himself. Sita’s partner and his family were neither supportive or compassionate when her mental state declined, rather, they were ashamed. Resultantly the marriage was broken off and Sita moved back into her family home. At this time Sita became violent and her family, unaware of how to deal with her, tied her to a chain-link fence outside of the home.

Sita’s ill-treatment points to the importance of including local experiences of mental health in the global conversation on mental health. In addition to being tied to a fence outside of the family home Sita’s family sought the help of traditional healers who applied hot spoons to her face and palms to ‘cure’ her. Eventually, the family, unaware of how to support Sita, and under the impression she was incapable of any level of recovery, contacted Chhahari with the request of ‘taking her away’. Sita’s ill-treatment and the request of her family for her disappearance were largely the result of her family’s lack of knowledge of exactly how to deal with the situation. The role for community health workers as disseminators of knowledge and networks of support in this instance is clear. With the support and knowledge passed on by Chhahari the family was able to make an informed, and humane, decision regarding the care of Sita. Sita is currently living with her family and she proudly provides support for her disabled brother on a daily basis. 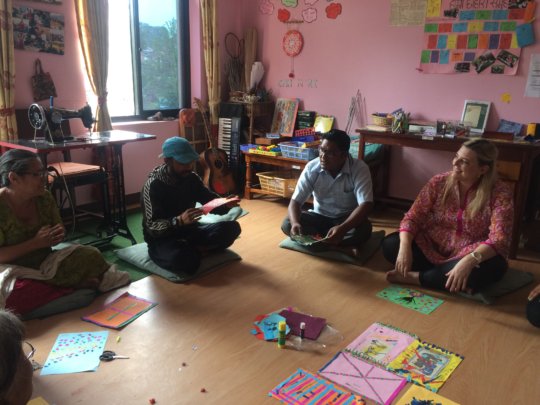 Raju is a 32-year-old male who has suffered from mental distress for over 10 years and was medically diagnosed with schizophrenia and prescribed medication two years ago. However, he has not taken medication consistently, and as such, his condition has worsened. Raju lives with his mother and older brother. Raju’s 72-year-old mother is his sole carer and both Raju and his brother are entirely dependent on her for their basic everyday needs, including bathing and eating. Raju’s mother is also in charge of administering and monitoring his medication intake.  Raju’s mother is greatly distressed by the situation, but continues to provide for her sons in her old age. As an aging caregiver, Raju’s mother is deeply concerned about her son’s will fare when she is no longer around. Referencing her age, Raju’s mother stated: “I have to do everything for my sons and I just want to die sometimes” .Providing an example of a time when she was hospitalized for three days then spent two further days at the home of a relative for further recovery, she tells that neither of her sons were able to cook for the entirety of the time she spent away from the household and as a result they relied on eating dried goods. She then stated: “If I die, I want them to die as well” or “I want them to die before me” indicating she is worried about their well-being when she is gone.

Raju’s mother holds deep beliefs that relatives of the family have cursed both Raju and the family home with black magic and that is why he is ‘pagal’ (mentally unstable).  As a result, she sought the help of traditional healers in the past, to no avail. Approximately two year ago Chhahari was introduced to her through the community member and the family has been receiving both social and financial support ever since.  The family is under immense financial distress and they live off of intermittent financial help from family members who no longer live in the household and from the senior citizen allowance that Raju’s mother collects monthly. When Raju was well he worked as a tour guide and as a waiter. However, the illness coupled with back pain from an injury he sustained when he jumped from a window of the family home after hearing a voice that told him to do so has hindered his ability to work. Moreover, this has left him socially isolated.  Raju was quick to express his appreciation for our company during home visits on multiple occasions. Though living in a state of financial distress, the social support offered by CNMH is more vital to the family’s well-being. The entire family is incredibly stigmatized in the community and as a result the family suffers from social isolation. When Raju is asked about relationships outside of his home, he speaks exclusively of his relationship with Suraj (chhahari’s client), who he socializes with at CNMH. This provides an important example of the social network that has emerged as the result of CNMH’s Social Model approach to mental health care. The approach has facilitated positive relationships in the community that act as supportive relationships for clients  who are socially excluded and isolated. 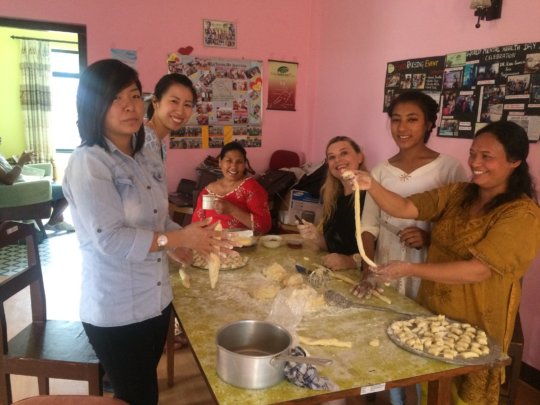 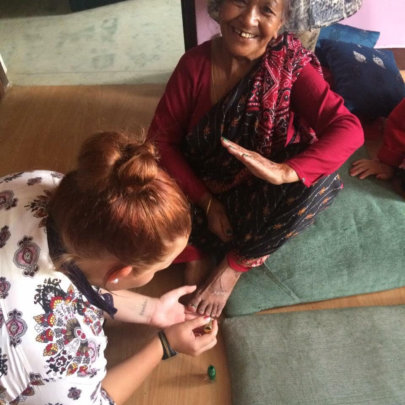 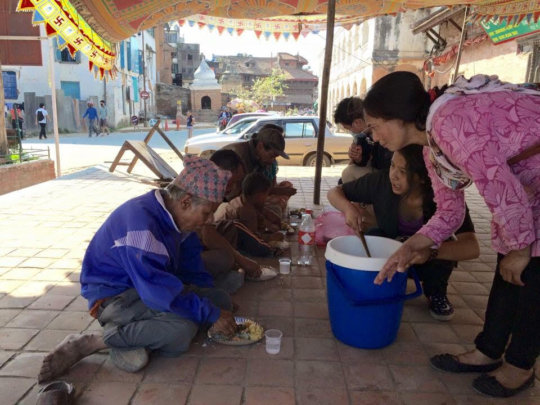 The article highlighiting Chhahari’s work has been published recently in the local newspaper where we have tried to highlight the debate of mental health in Nepal which is all centred on a medical approach. This is what the socio-medical model aporoach is attempting to change, not just in Nepal but internationally as well. Even veteran psychiatrists across the globe have been urging to focus more on the social conditions that contribute to or escalate mental ailments.

Case Study of our client highlightining socio-medical model : Suresh Khadgi, 33, of Patan, Nepal has a long struggle with his mental illness began 15 years ago when he suddenly started hearing noises ringing in his ear, sometimes it would be a loud shriek, at other times just loud, indecipherable rumblings. Khadgi would run towards the noise but he couldn’t ever figure out its source, and would often get lost for days scouring the neighbourhood and the larger city. Disorienting and persistent as the noises were, he did not believe his family and peers when they said that he was the only one hearing them.

By the time doctors diagnosed him with schizophrenia, Khadgi had all but fallen through his many safety nets. If the community had once sympathised with the “boy who heard noises”, as Khadgi’s illness progressively worsened, he was often beaten up for causing a ruckus, while even small kids in the neighbourhood made up games where they would try and scare him by catching him off guard. At the time, even medications had failed to bring him back from the brink. But, today, things are slowly changing, thanks to his mother who refused to give up on her son. Khadgi now lives with his parents and has constant follow ups with doctors.

Our team regularly meet up with his parents every week to discuss the various issues regarding Khadgi’s health and his progress. His mother, Keshari, drawing from her experience in dealing with her son, is now also an active advocate of caring the mentally ill patients through a two-pronged approach where social rehabilitation supplements the administering of medicine. Many mental problems stem from social issues and this should be dealt with accordingly. Instead of ostracising them, a shared bonding with family members and their reconnection with the society goes a long way. We have felt the difference.

It is a paradigm shift that has been a blessing for Suresh Khadgi and his family. After years of investing in purely medical treatments to Khadgi’s schizophrenia, without significant results, their involvement with us and a switch to a socio-medical approach, Keshari admits, has been a game changer. “Things are not normal, far from it,” says Keshari, “But Suresh has made such progress. If once many thought that he was a lost cause, today, we at least have reason to hope. Just that in itself is a big leap forward.” Suresh attends our support center everyweek.