By Tamires Tanaka - Analyst of Fundraising and Partnerships 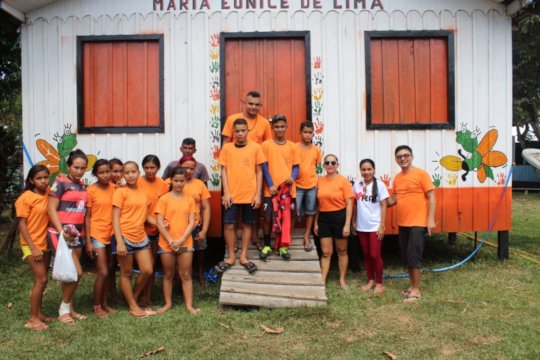 Bela Conquista’s library was named Maria Eunice de Lime Communitarian Library. The community took the initiative to build the library under the leadership of a local teacher. Together, they organized and built each part of the headquarter! Their dedication in every detail, as in the decoration, the books’ organization, in the painting are only some indications of how the community was committed to this achievement.

Building a new library, with its own premises, was a gain for everybody since it is now located in a more accessible space. Besides, having such a space contributes to make reading workshops even more active and make more than 600 books be explored by anyone at any time.

The second inaugurated library was in the community of Céu, named José Carmelo Mota Jr. Library. Thanks to the support of traders, partners, community leaders and teachers from the local school, which was formerly the headquarter of the community’s library, the residents gave life to the new space, where a special painting is coming soon. The inauguration ceremony, attended by the Vaga Lume team from São Paulo, had several activities and reading mediations going on.

The autonomy and accessibility that come with the construction of a community's Vaga Lume library of their own are two fundamental factors for the strengthening of the project. These spaces often become reference for the whole community, by becoming meeting points for the accomplishment of diverse cultural activities and, of course, a lot of reading mediations. 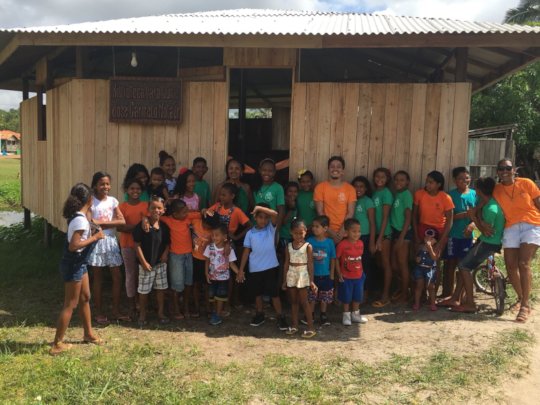 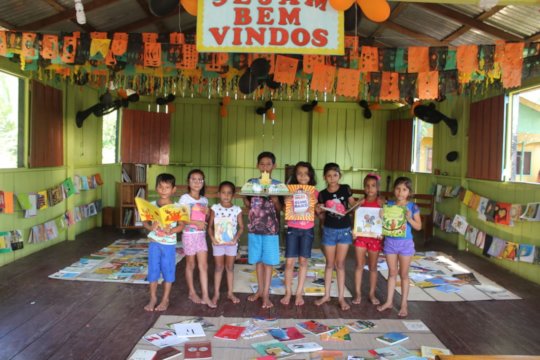 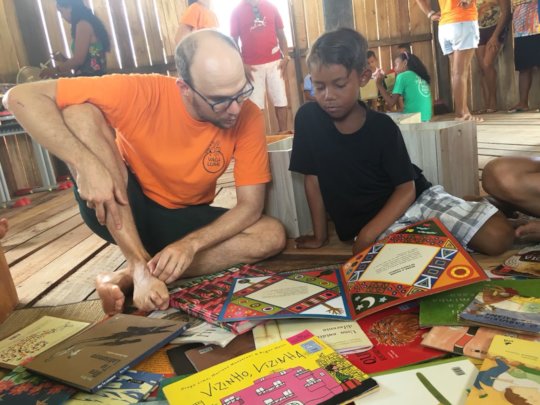 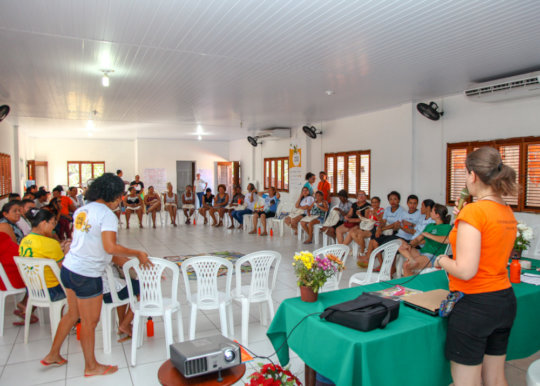 In order to discuss with Vaga Lume’s volunteers how to improve the activities taking place in the community libraries near Barreirinhas, a city located in the state of Maranhão (northeastern of Brazil), as well as to train new reading mediators on the region, the Vaga Lume’s Meeting in Barreirinhas took place.

The Meeting gathered volunteers, which were able to get in touch with each other and share different experiences regarding the libraries management, strengthening their bonds and knowledge. They were also able to explore the entire book collection that Vaga Lume sends to the community libraries in order to discuss about varied themes within these books.

After these introductory activities, the participants visited a local community library, named “Mundo da Leitura” (portuguese for “Reading World”) where the new reading mediators were able to practice their skills with more than 100 children from the local school.

Barreirinhas is known for being the entrance point to the Lençóis Maranhenses National Park, a famous tourist destination in Brazil. The participants of the Regional Meeting also had the opportunity to visit park as another way to better understand the local culture and the territory: “I’ve never imagined that I would get to know a place so beautiful, so rich and so different from where I came from” said Dijaik Neri, volunteer representing Tefé, a city in the Amazon State.

The encounter was filled with the volunteers’ willingness to improve their work through the debate and exchanging best practices from their community. 41 people completed the reading aloud training and went back to their communities with even more energy to keep running the activities in the libraries. 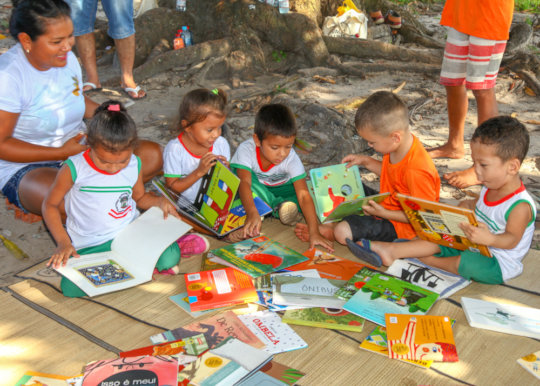 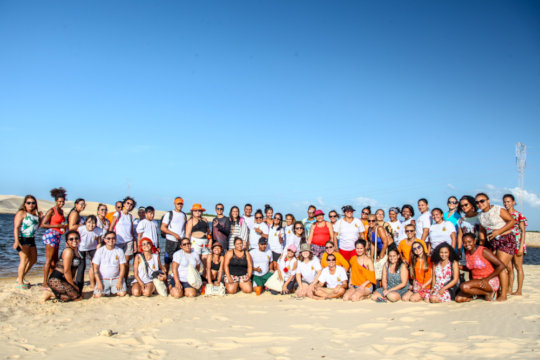 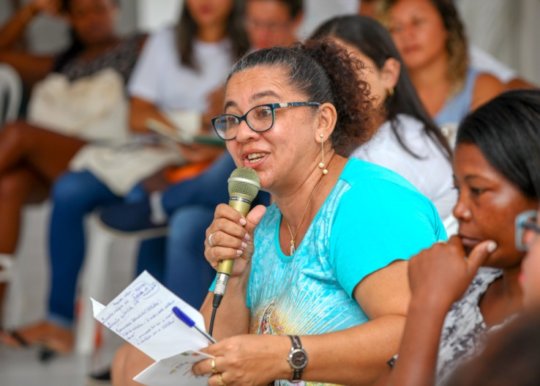 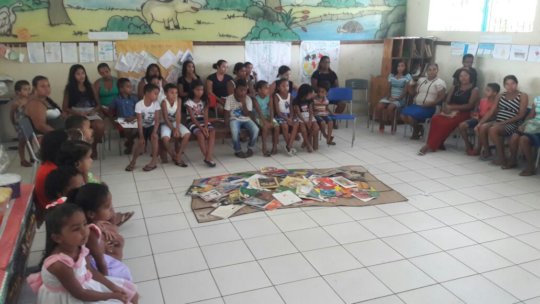 Activity with mothers and children

In celebration of Mother’s Day, the residents of Quilombola São Pedro organized a special activity at the school. The students brought their mothers to the school and gave them projects based on their reading in the Vaga Lume library, explored the book collection together, and them read to each other.  The celebration was about more than just reading, it was also about family bond.

The Quilombola São Pedro is very engaged in the Vaga Lume Project, as with it’s own cultural identity. That is important, because quilombola communities are the descendants of slaves who escaped Brazil's plantations and fled deep into the Amazon rainforest for security and protection. São Pedro community also sent a representative to the Quilombola meeting in 2016. They usually organize regular story-telling sessions, have made their own artisanal books, and undertaking a range of other activities to preserve their culture and environment.

The Quilombola São Pedro Mother’s Day Celebration showed us once again that Vaga Lume has an important part to play in strengthening community ties. 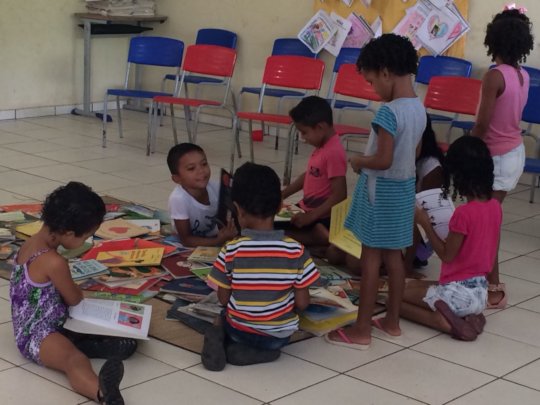 Exploration of the book collection 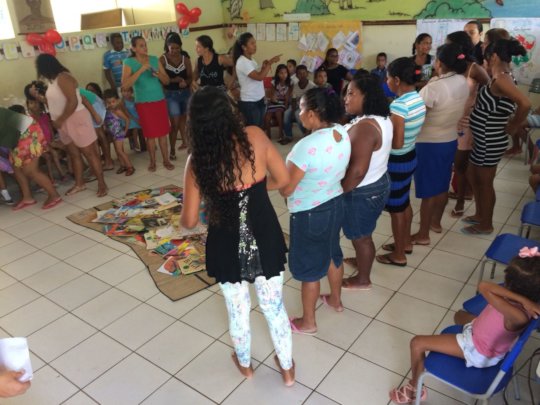 Activity with mothers and children 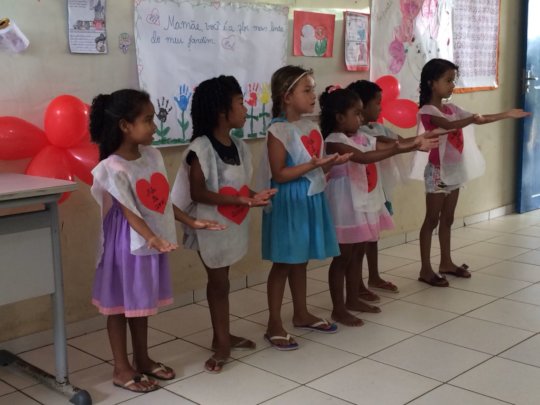 Children presenting their work to the mothers