What is happening in the Brazilian Amazon?

By Luisa Setton and Elisa Villamea - Assistant of Vaga Lume 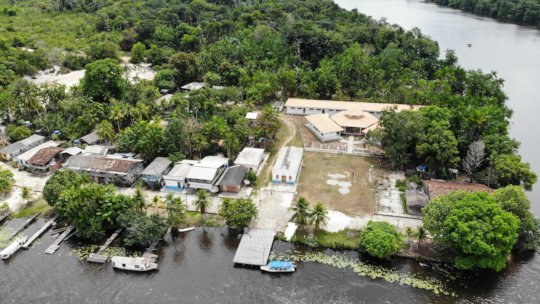 The Brazilian Legal Amazon corresponds to 61% of the national territory and covers nine out of twenty-seven of the Brazilian states. The region concentrates one of the greatest diversities of fauna and flora in the world. In addition, there is a diversity of communities that inhabit it: more than 180 indigenous people, more than 500 quilombola communities – the descendants of slaves who escaped from Brazil's plantations in order to build a new community to achieve its freedom -,  riverside communities, and the populations who are living in large cities that might recognize themselves or not in these denominations and groups.

Thus, in addition to all the environmental diversity, we also find many different cultures present in the Amazon, each one with its own form of organization and social interaction. Some researches show an important dimension of the life of the populations that live in the forest: the management of the biodiversity in these communities happens through its cultural practices, cultivated since centuries ago through the use of techniques of low environmental impacts.

These studies also show that the removal of populations from their lands, the interference in the way they live and the occupation of the land for activities such as the cultivation of soybeans or cattle, can generate impacts that has no coming back from to one of thewealthiest natural reserves in the world. Nowadays, it is possible to affirm that the main threats present in the region are due to deforestation, caused predominantly by illegal logging and agriculture.

All these forms of the use of the land generate conflicts and interfere in the way traditional populations live and use the soil, whether they are riverside, indigenous or quilombolas. These impacts cause losses for society in general, such as environmental de-characterization, loss of quality of life and increase of violence.

Since 2019, both traditional populations and the biodiversity of the forest have been threatened due to the increase of fires, often illegal, and the persecution of traditional people. In 2020, in addition to the risk that these populations are facing due to the arrival of COVID-19 in the region, they had to face deforestation and the risk of protecting their territory. Data shows that Brazil is one of the deadliest countries for environmental activists *. Researches indicate that the increase in deforestation and the persecution of traditional peoples may be related to the federal government ‘s strong position of encouraging the use of weapons and exploring the soil for production in the Amazon region.

Traditional populations have been in constant fight for their rights, their occupied lands and the maintenance of their culture. Due to the current scenario, it is extremely important that we support traditional communities by recognizing their importance to environmental conservation and valuing their cultures.

By Elisa Villamea - Assistant of Fundraising and Partnerships 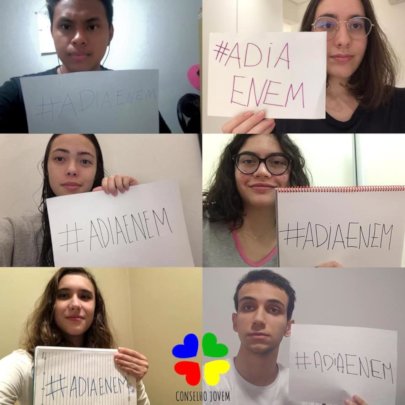 Reactivated at the end of 2018, the Youth Council of Vaga Lume is composed of 8 former participants of the Net Program who decided to form a group of young volunteers willing to help in the Program's activities and in others Vaga Lume events after acquiring the lessons provided by intercultural exchange. The Council's return in 2019 came in full swing: the volunteers were present at institutional events and were able to share their experiences with cultural exchange in spaces such as the 9th Congress and even the Annual Net Camp.

This year, the Council has been even more active and has participated in several fronts of the organization. On their own initiative the group of young volunteers started to participate in our social media with two posts per month. In addition, during quarantine, the Council is developing activities that keep the teenagers of Net Program engaged with cultural activities, books and reading. In July, the challenge proposed for teenagers was to recite poetry and contribute to a joint work that resulted in a recitation library shared between the participants. Finally, the Council is also mobilizing politically in favor of maintaining and developing public and quality education in Brazil, which is constantly under attack and risk.

With the involvement of former participants in the planning and implementation of Vaga Lume actions aimed at cultural exchange, it is possible to obtain a more accurate dimension of the medium and long term impacts of the Net Program on teenagers, in addition to facilitating constant improvement and reinvention of the actions proposed by the Program. Thus, the impact of the program on youth empowerment is evident. By being able to count on the participation of these young people in institutional events and actions, doors are opening for the generation of autonomy and of their own and even greater social engagement by the ex-participants of the Program.

Net Program: exchange of letters in 2020

By Elisa Villamea - Assistant of Fundraising and Partnerships

Vaga Lume’s cultural exchange program, known as Net Program, focuses on reducing the existing gaps and distances between teenagers from rural communities in the Legal Amazon Forest and from São Paulo, and one of its most important contributions to the youths that participate on the project it is the construction of a respectful and equal dialogue - considering socioeconomic, educational, racial and territorial inequalities -, between these realities.

Currently, following the recommendations of international health agencies, Vaga Lume was able to adapt the project in a way that the participants could still be able to have exchanges and youth engagement, even by distance and remotely. One of the solutions that the Organization found to keep the exchanges ongoing, which could occur by revisiting how the Program used to make the exchanges in the beginning back to 2005, was to carry out through the exchange of letters. This idea was revived as we understand that it is a safe solution to carry out exchanges considering the pandemic scenario and social distancing.

Within each letter it is possible to find the teenagers' curiosity for the exchange pairs' experience, such as the desire to know the different realities and cultures found in Brazil. The letters also share how each teenager is dealing during this period of social isolation and the solutions that were developed by each one of them. These letters were already produced and some are already on their way to the communities and São Paulo.

Vaga Lume understands that this action contributes to teenagers to develop socio-emotional competencies and skills capable of making them have a broader worldview and be able to exercise their citizenship.

In addition, we highlight the importance of these exchanges as it contributes to the lives of teenagers during the pandemic. The North region of the country, where the rural communities that participate in Vaga Lume’s project are located, doesn’t offer the necessary infrastructure to keep children and teenagers engaged with education and culture, there are only few communities that have quality internet access and often there isn’t access to fulltime energy. The participation in the Program, even if through a simple action such as the  exchanging of letters, mobilizes young people and promotes involvement with reading and writing.

1 2 3 4 5 6 7 8 9 ... 16 ›
WARNING: Javascript is currently disabled or is not available in your browser. GlobalGiving makes extensive use of Javascript and will not function properly with Javascript disabled. Please enable Javascript and refresh this page.