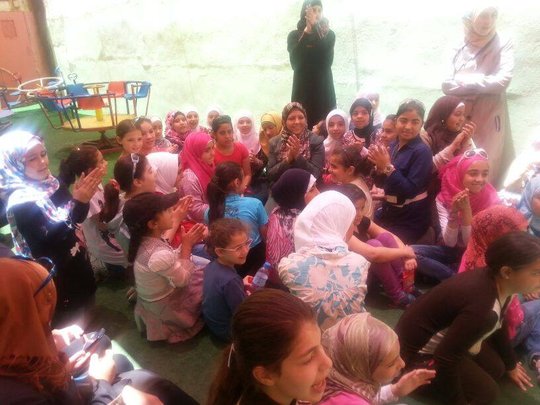 In October 2014, SHC staff provided training to staff/students/volunteers working with Syrian refugees in Jordan. Training was held at the SAMS (Syrian American Medical Society) in Amman. Trainees included staff from SAMS, Mercy Corps, CARE, and IFSMA(International federation of Medical Students), and independent psychology practitioners. Training topics included: assessing trauma in children; developmental models for understanding children needs in treatment; brain studies and trauma; use of aikido as a tool in trauma treatment; model for understanding belief development as a result of trauma and its redecision; perceptual learning patterns of the brain and its utilization in treatment. Additionally, SHC staff saw several cases designated as difficult cases and within a brief therapy format offered some assessment and treatment. SHC staff met with all the staff and volunteers to provide clinical case review of the cases seen. Review included diagnostic impressions; explanations of the treatment interventions used; and suggestions for working with the cases.

Additonally,  international conferences on transgenerational trauma were held in Amman and in Istanbul, Turkey with additonal training offerings provided by professionals attending the conferences specific to the treatment needs of the refugees. Based on the needs expressed on the ground, new training options are being offered currently through our virtual training programs. While the current trainings in crisis intervention skills, non-violent communication, and stress management continue, we are adding a once a month special training class on topics requested. These topics taught by professionals throughout the world include but not limted to: use of narrative therapy in trauma treatment; addressing self cutting in adolescents; use of expressive art therapy in trauma; and meditation. 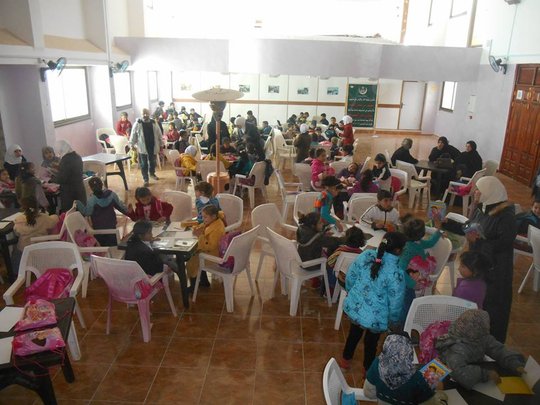 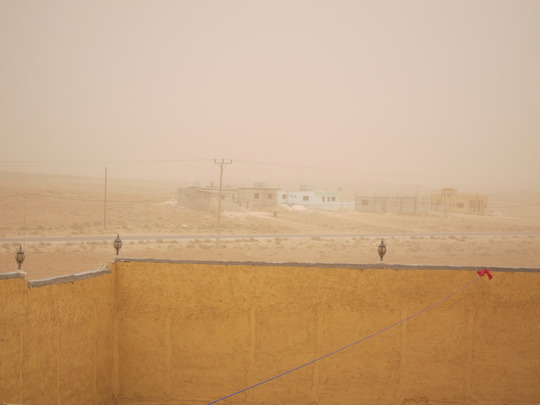 The Social Health Care Program is expanding its grassroots training of humanitarian aid staff,volunteers and students. New collaborations with the Syrian American Medical Society(SAMS) and the National Arab Medical Association (USA) has allowed SHC to expand our services to personnel and refugees in Turkey as well as Jordan. Through this collaboration, another  triage medical intervention  in the refugee camps in Jordan was facilitated in September. The collaboration brought service to over 2000 people in four days. These collaborations reflect the expanding demand for trauma treatment training for the refugees as psychosocial needs are high and services few. Collaboration with SAMS and NAMA, along with IFSMA and the Human Doctor Project in Jordan has creately expanded our capacity to get services where needed.

SHC staff are leaving October 9th for Jordan and Turkey for trainings in crisis intervention services; support groups in the treatment of trauma; and perceptual learning styles and their effects in trauma treatment for volunteers, students, and NGO staff. Additionally, SHC staff and students will be running a psychosocial treatment clinic for refugees suffering from PTSD, depression, and anxiety. Additionally, we will be following up with certain cases from previous visits to the region. Two conferences (one in each country), International Conference on Transgenerational Trauma, brings professionals from throughout the world to provide additonal training in a wide variety of issues for the grassroots staff on the ground. Training will include EMDR, Non Violent Communication Skills, Psychiatric Intervention, Models for education and treatment of trauma, Indigenous approaches to treating trauma, and numerous professional panels discussing issues and needs on the ground. 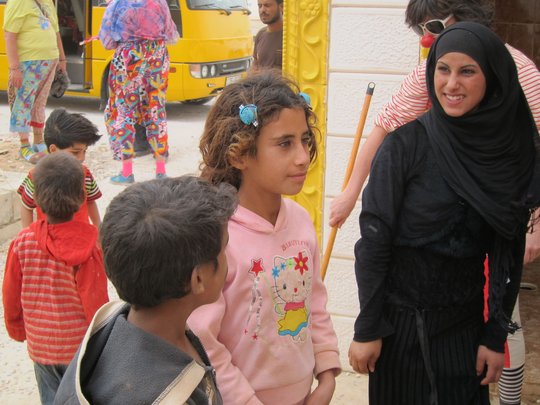 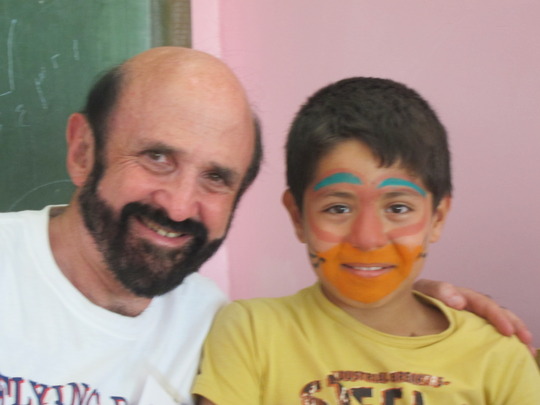 In June 2014, SHC joined Flying Doctors of America, and IFMSA/Jordan in a collaborative effort to provide medical and psychosocial treatment to Syrian refugees from the Zataari Camp and regionally. Myron Eshowsky, co-director of the Social Health Care Project, led the psychosocial team. In a four day period , over 1800 refugees received medical, dental, and mental health services. Though a large percentage of the refugees are traumatized, virtually no treatment has been available. Additionally, there is a high degree of stigmatization about acknowledging mental health issues which complicates willingness of some to pursue services that are available.

Since more than 50% of the refugees are children under the age of 18, I will share a couple of stories of work with children as sample cases we provided services. We saw over 50 people for psychological assessment and care over the 4 days. The presenting problems included :  nightmares, crying, bed wetting, refusal to eat, difficulty socializing with others, range of post traumatic symtoms, conversion reactions, anxiety, dissociation, traumatic brain injuries, and severe mental illness such as schizophrenia.

A Syrian boy (picture 1) came to see me with his mother. She told me a story of how her son was being bullied in school by Jordanian boys. They taunted him with words of "stupid Syrian and you are a disgusting animal". There were a number of episodes of physical beatings by these Jordanian boys. Mom reported his having nightmares, episodes of bedwetting, sadness, and withdrawal. She was additionally worried because he would go through periods of not eating. In her attempts to address the bullying at the school, she went to talk with the school principal. His response was to physically punish the bullies, who in turn increased their beatings of her son. When I started to work with Abd Al-Salaam, he had these sad puppy dog eyes and solemn look about him. Through some trauma counseling and teaching him aikido centering practices, he was able to learn some tools that made him feel stronger internally. When he felt the strength in himself, he began to smile. His mother glowed and said he had not smiled in many, many months. He and Italked about how he could be strong inside no matter what others are doing. Fortunately, the Syrian refugee community is developing schools for Syrian children to provide a safe learning environment.

In the midst of wrapping up a session with the family of a six year old girl (picture 2) who would not eat and would not go to school (one of many children treated who were failing to thrive), one the Flying Doctors' pediatricians came and asked if I could see a girl in her office immediately. As I walked in, I saw a small 10 year old girl in torn clothing and very dusty. The doctor told me the little girl had shrapnel in her left eye socket and it was infected. Her worry was without medical treatment the infection would spread to her brain. I sat with the little girl and learned her name is Arabic for "to honor". She told me that her parents were driving and they were shot and killed in front of her. Somehow though wounded she crawled out of the car and a non-related Syrian woman found her and carried her accross the border into Jordan and found us. Despite her worn condition and obvious trauma, she had an inner strength and presence that touched all of the staff working with her. She spoke to me of the pain in her soul and her heart and how she could not speak of this to the people who had carried her into Jordan. I told her she could give me the pain as I would carry it for her. She told me the whole story of what had happened, how she felt, and how much she had cried. As she told her story, Dr. Ghalia a Syrian psychologist colleague and I did a form of EMDR which she said made the soul pain less. I asked her about the best moment in her life and she told me a story of drawing a picture that people thought was so good they applauded. I had her remember the moment and fill herself up internally with the colors of her picture. She shared it made her feel better. I gave her some drawing supplies and a paper book for her to express her feelings through her art. Despite the difficulty of refugees to get medical care, (picture 3, at a Jordanian hospital), we were able to get her into a hospital for antibiotics, surgery, and eventually a prosthetic eye. In her case were able to arrange for psychological follow up services as well.

While SHC, continues to provide grassroots training in trauma treatment to NGO staff , students, and government officials serving the refugee population, we also will continue to provide psychosocial services to the refugees via our students and staff in upcoming collaborations with Flying Doctors, Gesundheit institute, and other NGO's in Jordan and Turkey.

July 16th, 2014 is another matching funds day (until they run out). Donations will be matched at 30%. We hope you will help spread the word. 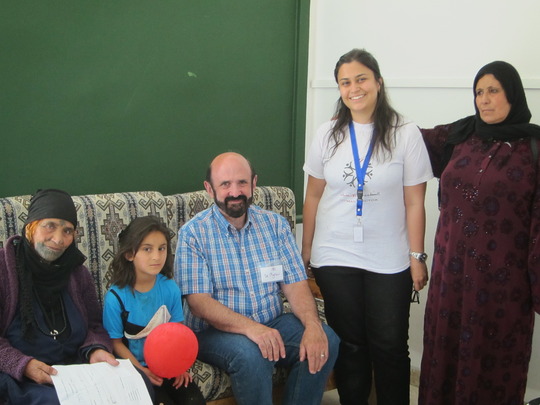 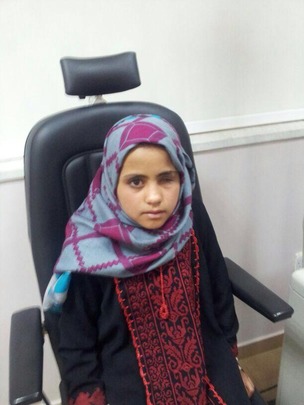