A visit to Huth's home. 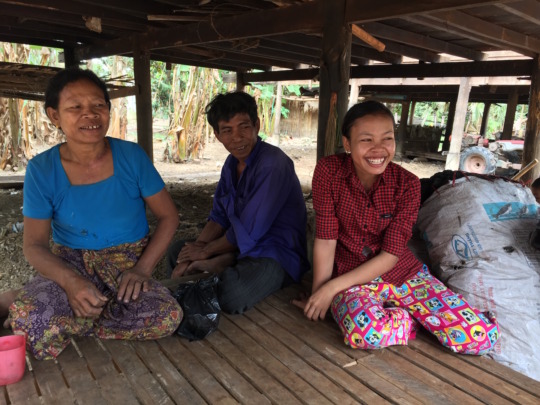 Huth and her parents

Huth is a twenty-year-old that is currently in the 12th grade. Huth’s family lives 24 kms away from school so we traveled to her home to conduct a check in with her and her family.

Because of the distance, when school is in session Huth stays at her high school’s residential housing. Huth has been enrolled in the GATE program since the 9th grade. For the last four years she has been receiving support from Lotus Outreach. She is the fifth of six children in her family and she is the only one that has remained in school for this long. Three of her siblings are married and her younger brother recently dropped out of the eighth grade so that Huth could remain in school.

Huth’s mom tells us that their family has been having a hard time making ends meet. She stated that even with support from the program it’s hard to keep food on the table. She tells us, “I’m the only one earning in this family and for which I do farm work. My husband is not strong and can only catch fish for us to live on so all our cash needs are provided by me”. Huth’s mother also experiences chronic neck and shoulder pain which requires expensive medicine.

Even so, her mother is a strong advocate for her continued schooling beyond the 12th grade. She states, “the reason I have kept her in school this long is that I didn’t get a chance to be education and I always wanted my children to be educated. Unfortunately, all of my other children had to drop out around grade eight due to our poverty. I even told Huth to drop out in grade nine but one of Huth’s teachers told Huth to push back and she refused to stop studying. We could not afford it but we somehow made it happen.”

It was at this time that one of Huth’s teachers presented the opportunity of the GATE program. Huth secretly applied for it. After a scholarship officer conducted a social audit at their home, she was selected. Huth’s Mum then agreed to let her remain in school as long as she was getting the support.

Huth tells us with tears in her eyes, “I was so happy at that time I cannot describe it. I loved studying at that time, I was enjoying it so much, I cried when I got the news. In terms of my academic performance, I was 5th of 25 students in grade 9 and now I’m around 20th of 60. After completing year 12, I want to continue studying to be a high school teacher, though it’s up to my parents if I can.”

Huth and her parents discussed with us about how important it is for her to remain in school and complete a course of professional studies in order to be sure she gets a well-paying job. Huth’s parents voiced concern about paying for college. We told them that we have supported hundreds of girls just like her and that she will be able to apply to our CATALYST program and receive the same support she has been receiving through GATE while she is at college. Huth’s mom replied, “if she gets support from Lotus Outreach we will allow her to continue”.

Our Cambodian Office Manager Pisey shared with them that she has also come from a poor background and was supported by the program since the eighth grade until college and is now earning a great salary with Lotus Outreach.

At the end of the visit, Huth’s family was optimistic about the education opportunities in front of Huth. We were happy to know that Huth will be applying to the CATALYST program and will continue to strive for a bright future. 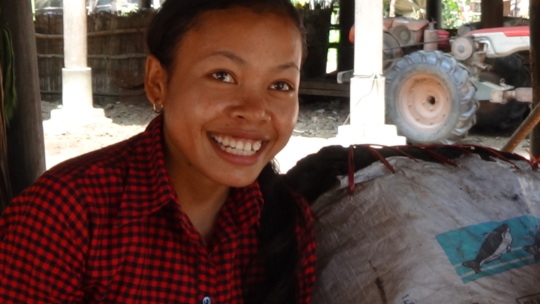 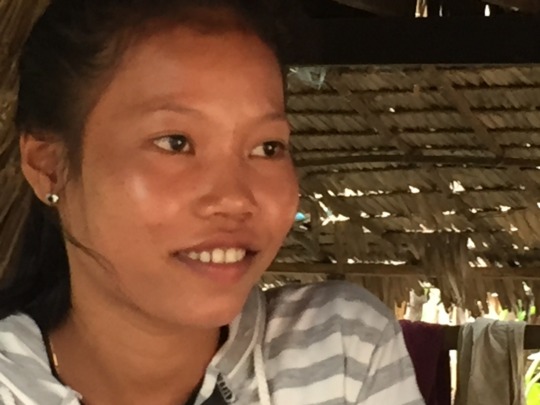 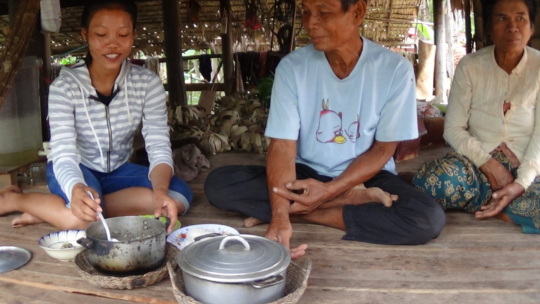 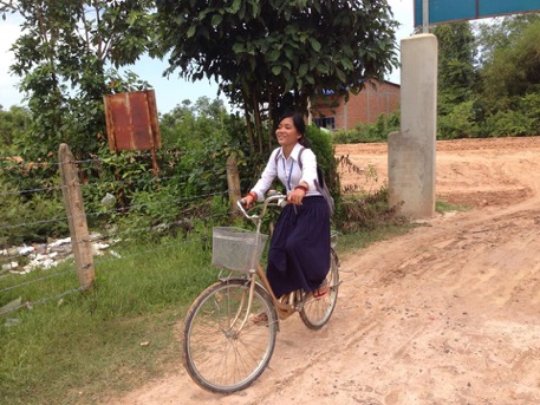 Theara on her Lotus Pedals bike

At this moment we have over 330 Lotus Pedals students benefiting from your generousity. This number will be growing as we expand to India! This story below illustrates the importance of your support and how you are empowering girls and women in the developing world.

Theara, a 16-year-old, is living in Trapeng Smach Village in the Svay Rieng province of Cambodia. Her family has 4 members—her mother, an older brother and an older sister. Without a father, her mother is the head of house. With a meager wage at the garment factory, her family is fallen into debt. Because of this such difficult situation, Theara’s mother sent her to live with her uncle in a wooden house with tin roof and no proper walls. In her free time, she helps her uncle cook, do housework and look after buffalos.

Currently she is studying in the 9th grade at Trapeang Banteay high in the Romeas Hek district. Her school is around 6 kms from her uncle’s house. Before receiving a bike from the Lotus Pedals Program she usually rode tandem on a friends bike. Sometimes she had to miss school when her friend didn’t come to pick her up. Because of her circumstance, she hasn’t  been able to attend school regularly. Unfortunately, her school performance dropped. Given that she couldn’t keep up with the class, she wanted to drop out.

In collaboration with the Scholarship Committee of Lotus Outreach’s partner Santi Sena Organization, Theara was identified as a qualified recipient for Lotus Pedals. She loves studying and told us during the interview that “I want to study at higher grade, but it is hard for me to continue to stay in school because my mother doesn’t have enough money to support my education, nor can she afford to buy me a bicycle.”

After receiving a bicycle from Lotus Pedals in March 2017, she has been able to attend school regularly and her school performance has improved as well. She now feels more confident and shows high commitment in staying in school. “I dream to be a doctor in the future in order to help other people,” said Theara.

Theara is very much grateful for the bicycle and would like to deeply thank the program as well as the donors for providing her with a precious means of conveyance through Santi Sena Organization to access to and acquire more education. 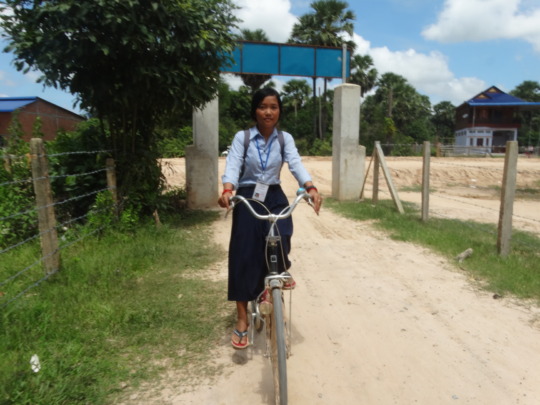 Another photo of Theara and her new bike! 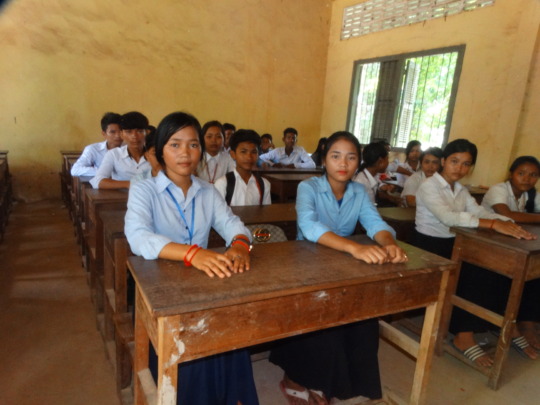 Theara in her classroom with classmates. 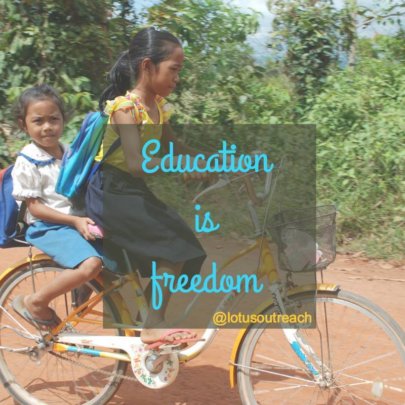 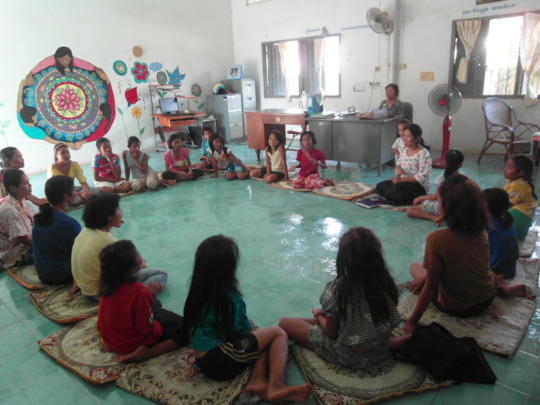 Hello to our supporters!

Between January and June 2017, our program crisis center in Banteay Meanchey admitted 32 survivors of sexual assault and human trafficking. In addition, 30 relatives of survivors also sought shelter. Within the last six months, the sexual abuse and domestic violence cases have stayed the same compared to the previous six months. However, the number of migration related issues like human trafficking have increased due to the increasingly strict anti-migration laws in Thailand.

Thailand, a popular destination for migrants including Cambodian migrants, has recently passed new governmental laws that punish both employers and migrant workers for undocumented migration. Below is a story about Chantha, a child Cambodian migrant who was sent back to Cambodia under these new laws.

Chantha*, age twelve, is the eldest of five siblings. Chantha’s education was cut short when her family was split apart due to her parents both working as migrant workers. Chantha and her siblings have migrated between Thailand and Cambodia over four times since she was 9-years-old. While Chantha was recently in Thailand, her parents arranged for her to sell flowers and candies to make some money. Separated from her parents and sleeping on the streets, Chantha was arrested by the Thai police. She was then sent to a Thai shelter called Kreddakan. Chantha stayed in the shelter for seven months before she was repatriated back to Cambodia through the Poipet Transit Center of Cambodian Ministry of Social Affairs. She was then referred from the Poipet Transit Center to CWCC on 31 May 2017.

When she arrived at the CWCC’s safe shelter the counselor observed that Chantha was feeling anxious about being far away from her family. At this time, she had not seen her family for almost a year. She was very shy and wouldn’t interact with the other kids in the shelter.

The counselor provided counseling to her and encouraged Chantha to explore her feelings. Chantha joined group counseling sessions to share her story and learned to play and work with other clients to reduce stress. She did so by making souvenirs, painting pictures, playing with toys and games.

The counselor monitored her frequently and conducted follow-up appointments to see her progress. After receiving counseling, Chantha was happy and participated in group activities. She worked through her feelings of homesickness and started to enjoy the shelter community. While in therapy, Chantha expressed wanting to go to school. Per her request, the counselor helped her enroll her in a nearby school. Currently she is in good health, both physically and emotionally. She is loving the second grade and would like to be a nurse in the future.

Chantha would like to thank all of the donors who have provided this safe shelter to her where she is able to seek counseling and attend school. We hope to connect her with her family in the future.

Chantha*is a name given by the writer. Her real name is hidden to protect her privacy in according to child protection policy of CWCC. 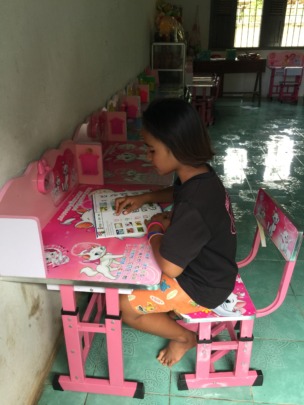 This client likes to read in her spare time 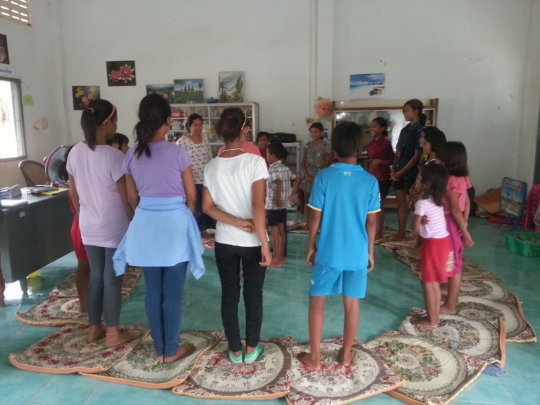 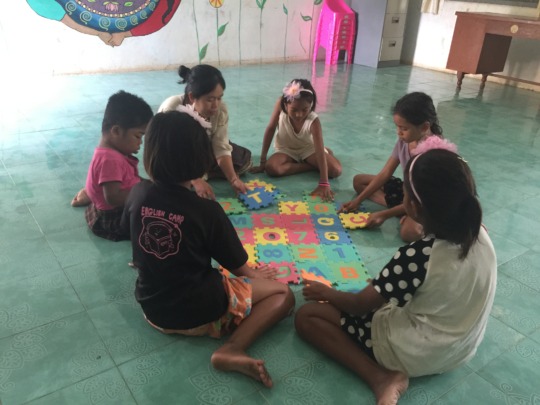 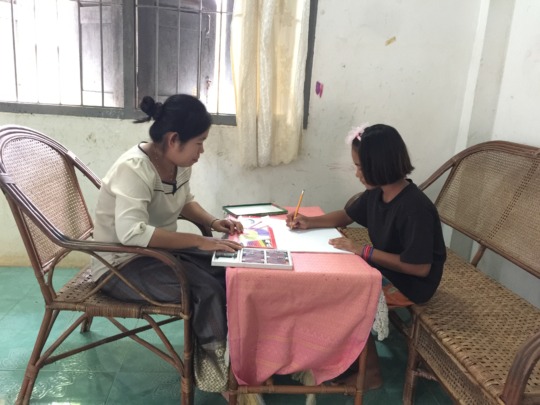 Individual counseling
‹ 1 ... 15 16 17 18 19 20 21 22 ... 81 ›
WARNING: Javascript is currently disabled or is not available in your browser. GlobalGiving makes extensive use of Javascript and will not function properly with Javascript disabled. Please enable Javascript and refresh this page.