Together, We Can Fight Malnutrition 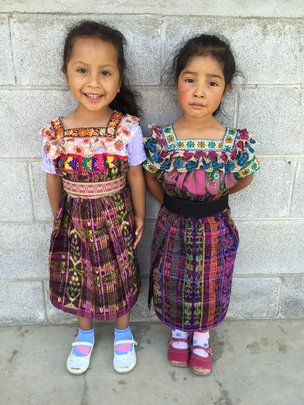 In the past year alone, we have been able to grow our program and we have offered preventative nutrition services to over 500 children in 6 rural communities in Guatemala, as well as intensive in-home nutrition classes to more than 50 mothers. We have also pioneered the notion of recuperative chronic malnutrition in a new program with more than 100 children enrolled.

Without these services, malnourished children will be slower to walk, to talk, and to read. They will have difficulty focusing in school, resulting in a much lower life-long income earning potential. These children will never reach the full potential that so many of us take for granted in our own children.

Your continued support means that we can unlock that potential and provide healthy and happy futures for children and mothers. It means that we can improve their academic performance, economic opportunity, resiliency, and social relationships, so that they can lead the lives that they want. By providing education and supplementation to children between the ages of 0-2, we are making early investments in their futures.

Guatemala suffers from the highest rate of chronic malnutrition in the hemisphere, where babies do not have adequate nutrition to grow and thrive. Together, we can change that. 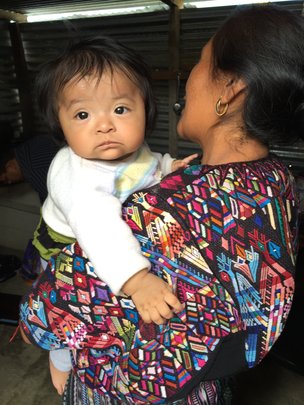 Every Step Counts Towards Ending Malnutrition 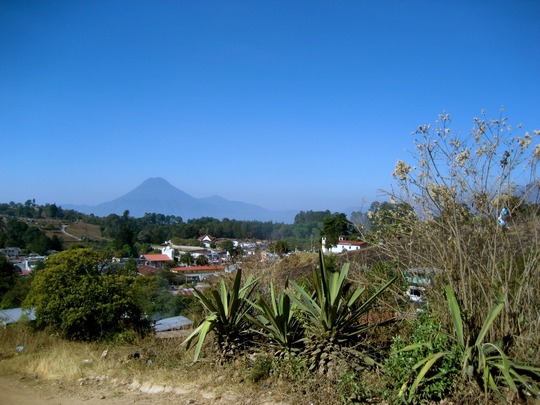 It is with your continued and considerate support that we are able to work so hard to eradicate malnutrition and provide a healthier and happier future, one baby at a time. Even though  Guatemala continues to maintain one of the highest levels of malnutrition in the world, our team at Wuqu' Kawoq works tirelessly day after day to ensure that progress is being made in our Child Nutrition program.

As a thank you for all of your help, we invite you to take a closer look into a day with some of our Wuqu' Kawoq workers. Without your help, we wouldn't be able to do what we love doing - serving our communities and inspiring change.

"Upon arriving in Chutinamit, we were immediately greeted with loud music, little kids in costumes, and plenty of smiling faces. Unbeknownst to me at the time, the children were from a local school who were putting on a dance for Carnaval, which is celebrated with bright and colorful costumes and masks, and painted cascarones (eggshells) with confetti.

I asked a woman standing next to me more about what the tradition symbolized, and she simply stated, “It is a day for the kids to be happy.” A beautiful sentiment, and certainly one that Wuqu’ Kawoq is striving towards. Meanwhile, a couple of feet away from the Carnival festivities, Yoli and German were busy weighing and measuring children inside one of the houses. After taking the measurements, Yoli spoke with the mothers about healthy eating for their children, such as incorporating more fruits and vegetables in their diet. This part is especially critical, since education is a lacking component within the communities we work.

Our next stop was in Nuevo Progreso, where we visited two homes. Again, Yoli and German took the measurements of the children to track the progress of their growth. So far, the children we have seen have been doing fairly well. At the second home in Nuevo Progreso, German informs me that this particular child has not been growing as expected. Because of this, Yoli has begun giving education classes with the mother to explain what types of beneficial changes can be made in the child’s diet and lifestyle. As stated before, education is a crucial part in informing the mothers about proper nutrition, while also giving the mothers a sense of autonomy in improving her child’s health.

Our final destination was Chichimuch, where we met with a beautiful baby girl who has been doing very well with her growth. After taking her measurements, we were dismayed to find out that her growth worsened slightly. Yoli and German sat down with the mother to find out the cause, whether her child had been sick or had not been eating as much as usual. Though there was nothing unusual in the child’s health or eating habits, Yoli gave suggestions on different ways to prepare fruits, for example mixing mangoes into a smoothie, so that the growing baby could eat more.

It was a long day, but a typical one for Wuqu’ Kawoq workers. The fight towards improving child malnutrition is a slow and arduous one, and each improvement in a child’s growth is significant. Each improvement means a step further in providing a healthier and happier future, a future where every day is a day for the kids to be happy.”

We are working to #EndMalnutrition and #GrowGuatemala to transform the future of Guatemala. Thank you for your continued support of our work. 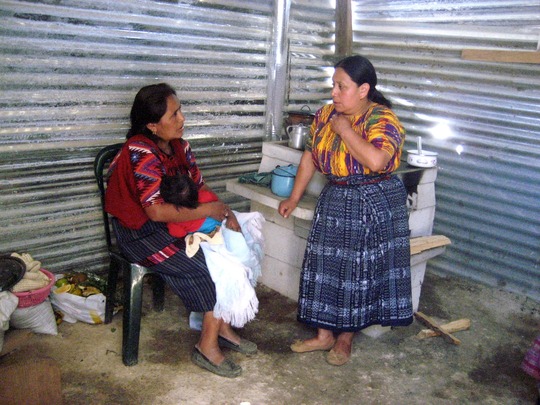 Yoli speaking with a mother in Chutinamit 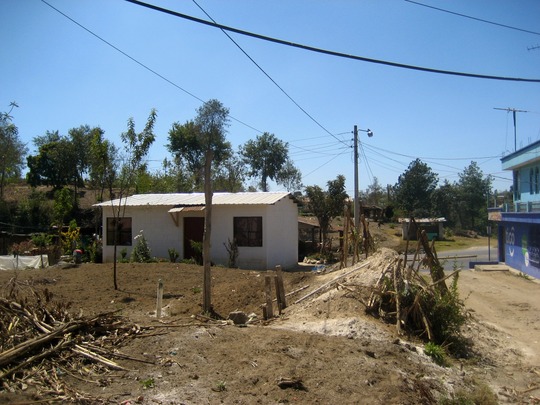 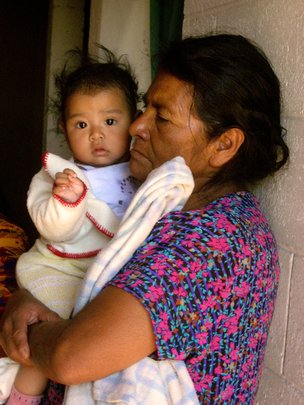 A mother and her child in Nuevo Progreso 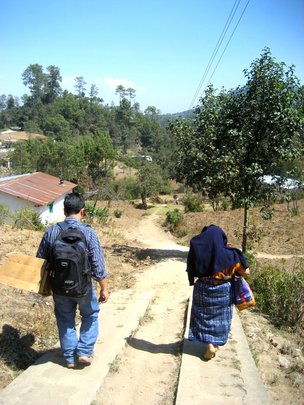 German and Yoli in Chichimuch 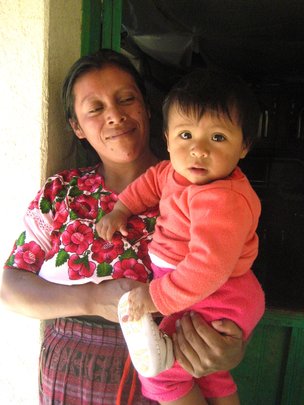 We are Ending Malnutrition in Guatemala 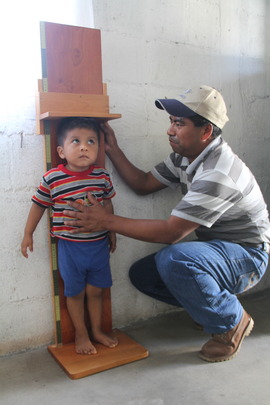 Healthy, Happy Babies! We have been working nonstop to transform the future, one baby at a time!

The reality that Guatemala has the highest level of childhood malnutrition in this hemisphere, 4th in the world is shocking and horrifying. At this moment, so many babies do not have adequate nutrition to grow and thrive, leaving the children stunted, or short short in stature for their age. This translates into children who appear to be 5 but are actually 7 or 8 years old.

You can see our exciting malnutrition program at work by empowered women in our communities!

It is not the short stature specifically that we are worried about, it is the fact that the loss of these inches directly correlates to lower IQ, it means slower development and missing milestones as an infant and toddler, milestones that I look for in my own daughters ages 4 and 1. Malnourished children will be slower to walk, slower to talk and to read. They will have difficulty focusing in school resulting in a much lower life long income earning potential. These children will never reach the potential that so many of us take for granted in our own children.

But there is incredible Hope and Success!

With your help and support, we at Maya Health Alliance - Wuqu' Kawoq, have created a mobile primary health care system that saves lives through excellence and quality.  Our nutrition program places baby and mom as critical actors to changing the future of Guatemala. Our Child Nutrition program provides universal nutritional and micronutrient supplementation to all children from 6 months of age onward and to all pregnant and lactating women. We also focus on educating child caregivers about breastfeeding, complementary foods, common childhood illnesses, hygiene and clean water through our community-based nutrition education classes. Additionally, the foundation for all of our nutrition programs is the provision of good primary care for children. Children with complex needs are immediately referred to our surgical or special needs programs.

We have helped over 2000 children this year and educated 500 mothers on Nutrition and Women's Health topics. I wanted to share these very exciting successes with you.

We are working to #EndMalnutrition and #GrowGuatemala to transform the future of Guatemala. Thank you for your continued support of our work. 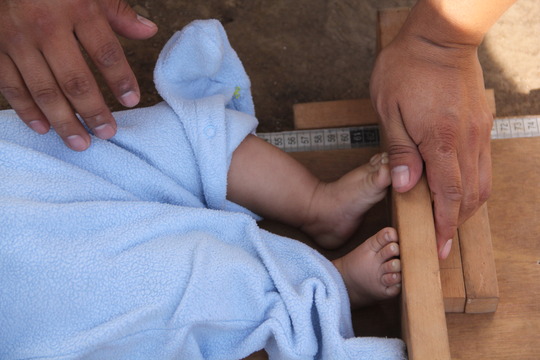 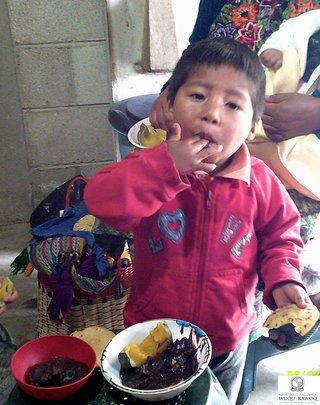 Finger-licking good! Learning healthy eating.
‹ 1 ... 6 7 8 9 10 11 12 13 ... 18 ›
WARNING: Javascript is currently disabled or is not available in your browser. GlobalGiving makes extensive use of Javascript and will not function properly with Javascript disabled. Please enable Javascript and refresh this page.