Rehabilitation - 5 years in the making 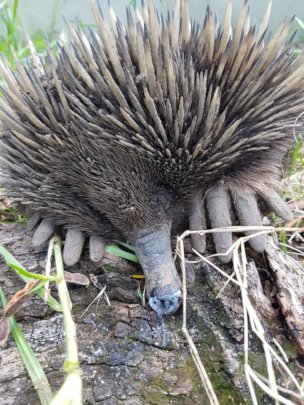 You have helped Spike the Echidna

To celebrate 5 years of the "Rehabilitating Wallabies and Other Native Wildlife" project, we thought we would share with you how far we have come since the beginning.  We really wouldn’t be able to do what we do without your generosity.

Since we began back in April 2013, we have received a whopping 333 donations totaling $17,009.  We can't thank you all enough as even the smallest donations help.

As the donations came in, it enabled us to purchase building materials and, over time, expand the number of enclosures in the facility allowing us to take in more animals for rehabilitation.  We started off the facility with one rehabilitation area for macropods, which has now doubled in size and includes a padded quarantine room and a small-enclosed area for injured animals needing daily treatment making it easier to handle them.  Over the last 5 years, we have built an additional 8 enclosures allowing us to take in larger quantities and varieties of species.

By having the variety of different enclosures now, we are able to offer around 25 animals a month the chance to spend time in the facility, to build up their strength, recover from their injuries and return to the wild fit and healthy to continue living the life they were before being injured and needing our help.  As a true testament to the success of the facility, none of the animals we have microchipped prior to release have returned into care due to not coping in the wild.

Not only have we been able to build the enclosures but you have made it possible to buy food and formulas required and pay vet bills when needed.

In the next 5 years we hope to continue to improve on our successes and make our facility an even better one for our precious wildlife. 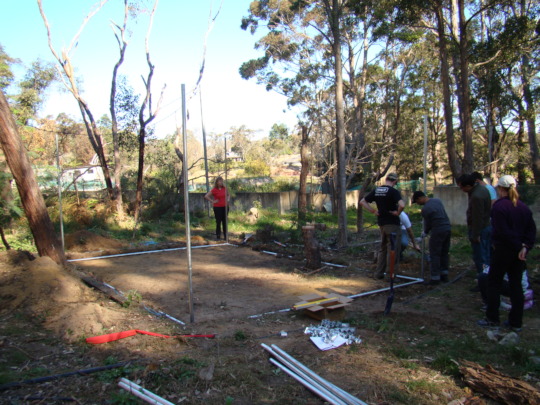 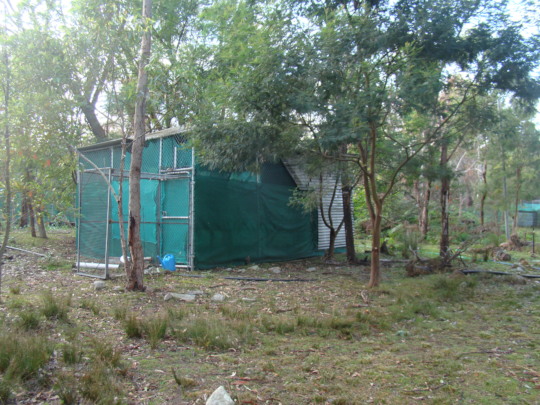 Enclosure finished and in use 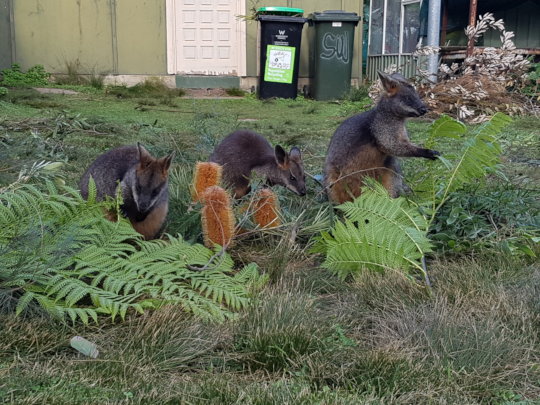 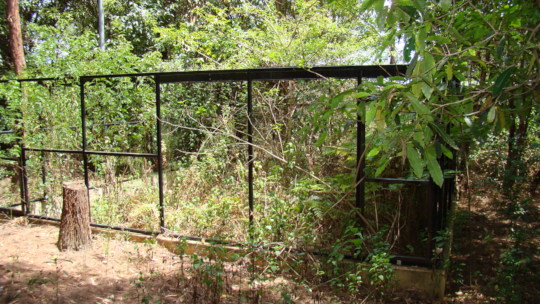 Is part of an old aviary in the weeds? 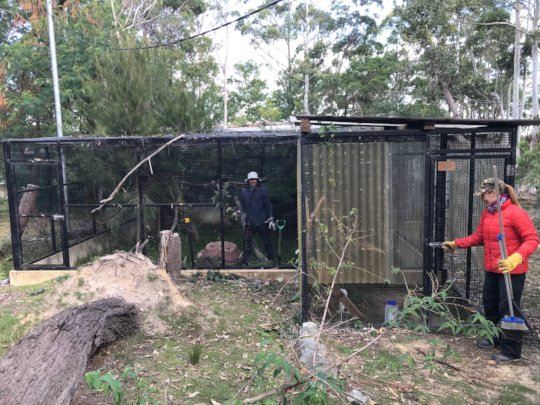 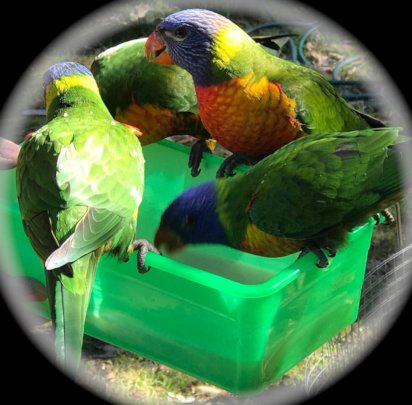 This summer has seen record numbers of animals go through our rehabilitation facility as it has been one of the driest summers in a very long time.

The wallabies seem to be particularly affected and are getting themselves into a bit of trouble venturing into areas they normally wouldn't trying to find food.

One such wallaby "Abby" came in to our care when she was found in a suburban backyard with a neck wound. After darting and capturing her, the vet examined the wound and it appears that she may have damaged her neck trying to put her head through a fence to get to the nicely watered grass and plants on the other side.

After her examination by the vet, Abby required surgery and was then placed into our quarantine area at the rehabilitation facility so we could continue to treat and monitor her and ensure she was eating well. One month on, she had fully recovered from her injury and was able to be released back to her natural habitat. Your donations towards the rehabilitation facility have made this possible.

We have also seen the effect of the dry summer on the many of our other native animals. For the fruit and nectar eating birds there isn't a lot of blossoms or berries available, for the carnivore birds, there are fewer insects and prey. Even the bandicoots are finding it harder to dig for insects, as the ground is soo compact and hard due to the lack of rain.

We have had to supplement and support feed all of the animals in our rehabilitation facility to make sure they have sufficient strength to continue to build their strength and prepare for release. This comes at a significant cost to Sydney Wildlife. This has resulted in some animals requiring a longer stay at the facility until the food supply in their natural habit has improved.

Your ongoing donations help us to continue to provide the best possible support for these animals in their journey back to the wild. 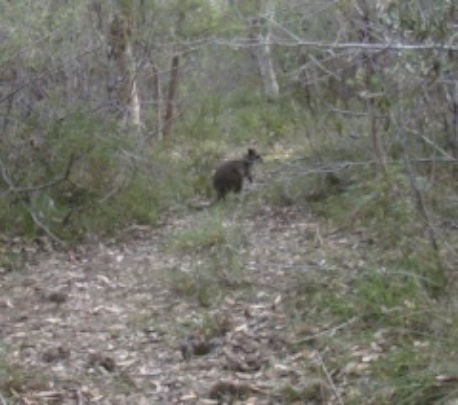 Abby after being released. 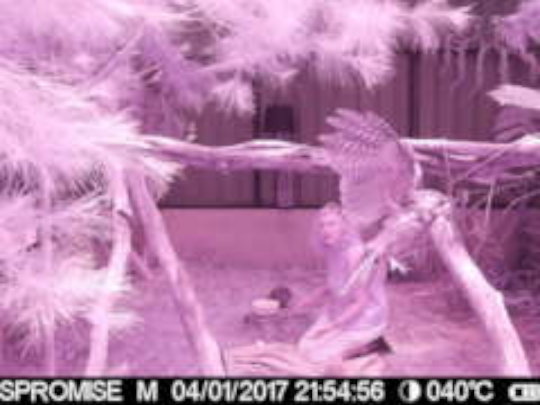 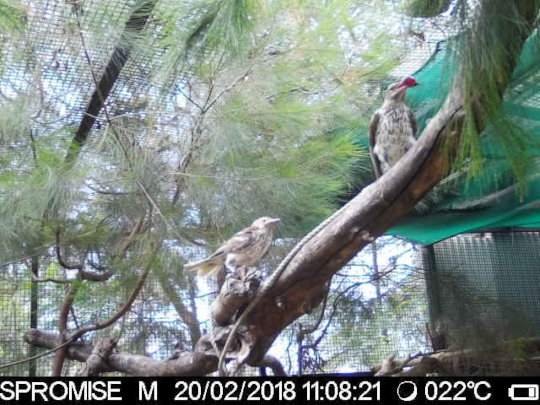 So Long, Summer, and Thanks for All the Bats! 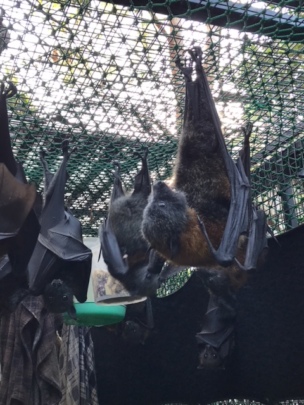 Pups at Kukundi (photo by Fiona)

What a season! We've all heaved a huge sigh of relief here in Sydney, Summer wasn't as harsh here this year for our flying-foxes as it was in other parts of the country- a small blessing for most Sydney bats, but then the weather hasn't been as kind to other camps.

We did have a fair few heat stress events occur along the East Coast however, with our Parramatta, Emu Plains and Campbelltown camps being effected the most- we had 62 pups into care in Sydney Wildlife from those areas- way more than we'd like, but much less than camps up in Queensland, those poor animals.

All up this season, we've had 122 pups come through Kukundi facillity, 27 were released a couple weeks ago, with another 40 ready to be released this weekend; the pups are transfered from our flight aviary to a secret location in Ku-Ring-Gai National Park, the release aviary has a big hatch on one side that is opened to allow the juveniles to come out into the bush and to fly out when they're ready. We supplement feed them, in case they're a bit shy at first, but eventually they find the sky on their own! The next lot of pups will be ready to be moved from Kukundi into the flight aviary soon.

It isn't just pups we have at kukundi, however! We also have a large aviary where adults are kept for the last bit of their rehabilitation before release; we've had a monstrous netting season this year, unfortunately, and it's not just the juveniles that get themselves into trouble.

I want to thank all our amazing supporters for everything they have done to help the pups this season! We're 100% run by busy volunteer bat slaves, and there's no way we could do it without YOU! Your generousity is integral to caring for and eventually releasing this pivotal keystone species back into the wild where they belong!

THANK YOU!! And best wishes for the new year!!

PS. I'm attaching some adorable pictures taken by Fiona, one of our Bat Slave Managers at Kukundi. Enjoy! 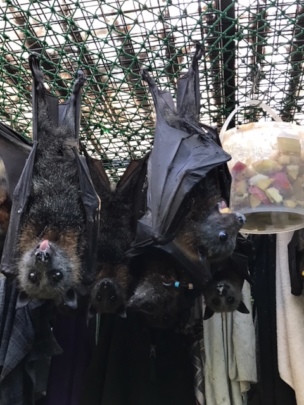 Pups at Kukundi (photo by Fiona) 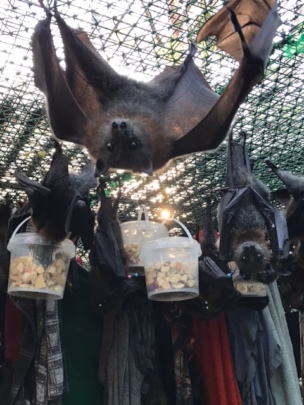 Pups at Kukundi (photo by Fiona)
‹ 1 ... 6 7 8 9 10 11 12 13 ... 23 ›
WARNING: Javascript is currently disabled or is not available in your browser. GlobalGiving makes extensive use of Javascript and will not function properly with Javascript disabled. Please enable Javascript and refresh this page.