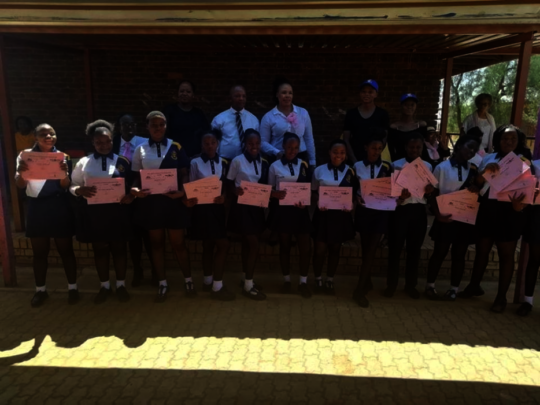 “No country can ever truly flourish if it stifles the potential of its women and deprives itself of the contributions of half of its citizens”. Michelle Obama

The IY Mahikeng branch has inspired young women in their community to excel academically, expand their intellect, enabling them to one day access post-school opportunities and reach their goals. Success stories shared by the Mafikeng Branch reassures us at IY, our donors and supporters that we are, indeed, contributing towards  changing the lives of learners across our branches.

Setumo Secondary School, Mahikeng held an awards ceremony, awarding their top-performing learners. Seven out of the top 10 performing learners from the school are Ikamvanites from the Mahikeng branch. All seven young women have been consistent in attending IY tutoring sessions and workshops. On the prize giving ceremony, the girls left the stage calling out IkamvaYouth’s name in excitement.

With our track record of achieving 85-100% matric pass rate, we are confident in the young learners’ performance as they sit for their exams in the final term.

We connected with one of the top learners, Kesaobaka, (Grade 12), who joined IkamvaYouth in the second term of 2017 while she was in Grade 10 and she had this to say: I joined the programme in Grade 10 after failing Maths and Physics. I was hurt and disappointed in myself. I wanted help from everyone I thought could help me improve my marks. The IkamvaYouth staff came to our school to recruit learners. I never looked back. I joined and convinced a few of my classmates to join as well. Ever since joining the programme, my marks improved and today I am one of my school’s top ten of high performing learners

Full circle stories are always moments of pride for the organisation. Not only do we celebrate the leaners, our volunteer tutors also bring the IY success stories full circle.

Onalenna joined IkamvaYouth’s Mahikeng Branch in 2016 as an Accounting, Economics and Business Studies tutor while she was still studying. She was, at the beginning of the year awarded a BCom Logistics Management degree from the North West University, Mafikeng Campus. She became one of few graduates from her community who managed to complete their studies. She is grateful for all the assistance and financial help she received from various individuals and to IkamvaYouth for believing in her and help to realise her dream of getting an education. She says,

“I would like all people, young and old, to realise that education is the only key to becoming free and independent. Taking your education seriously, even when the road is an uphill one, gives you the opportunity to climb out of poverty”.

We are grateful to all our supporters and partners who invest in creating these IY stories, impacting young women such as Kesaobaka and Onalena. Your contribution has not only reached these young women, but many learners and tutors from across our 17 branches. 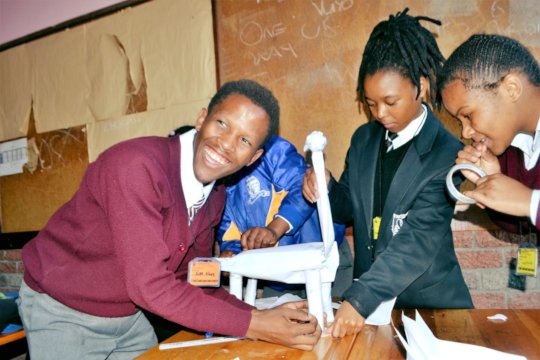 South Africa may have been in the middle of a chilly winter, but back at IkamvaYouth camp, over 1,600 high school learners were braving the cold with their minds set on securing their futures.

Every year, IkamvaYouth anticipates its annual Winter School programme, an exciting period in our events calendar. We reserve two weeks during the June - July holidays, providing academic and non-academic support to Ikamva learners. This year, Winter School kicked off on the 17th of June and all 17 branches across the country were fully armed to tackle education, youth-led style.

This year, 320 volunteers showed up nation-wide, all working hard and ultimately contributing over 300 tutoring hours across all branches. Part of the iconic two-week programme is to actively engage our learners in their studies by reflecting on some of the work they covered in their syllabus. This is done through peer learning, spearheaded by our learners as they highlight their learning gaps and we help mend a bridge of support. This pedagogical approach is held together by dedicated volunteer tutors (many of whom were previous learners, who have transformed from beneficiaries into benefactors).

In our Kwa Zulu-Natal branches, both the Umlazi and the Chesterville branch held a combined Winter School programme at the Durban University of Technology (DUT) with a total of 139 learners, each receiving an average of 18 hours of tutoring. In addition, the programme afforded our Grade 11 learners, a tour around the massive Coca-Cola Beverages South Africa (CCBSA) plant, this visit was part of their career guidance workshop which comprised of talks by the CCBSA Coastal Regional Manager, as well various CCBSA departments.

The Western Cape Programme was a resounding success, with over 850 learners attending from Grades 8, right through to Grade 11. The region achieved an aggregate of 136 hours of tutoring for the seven winter school centres, namely; ID Mkhize, Gugulethu Comprehensive Secondary School, Kuyasa, Makhaza, Atlantis, Nyanga and Masiphumelele. The Western Cape impressively tallied 25 workshops across the region to supplement our holistic approach to peer-learning.

Some of the memorable activities included:

The productive week ended with fun and games, as well as our annual award ceremony for learners who excelled and displayed dedication in different categories.

During the hustle and bustle of Winter School, we caught up with one of our exceptional tutors in Ebony Park who is a few months away from obtaining her qualifications as a Chartered Accountant. Nondumiso had the following to say about her experience at IkamvaYouth, “I believe that education is the key that unlocks the chains of poverty, and results in economic growth and stability. It is this belief that had me join IkamvaYouth to assist students to build a strong educational foundation that will empower them in whatever route they take after matric; be it higher education, entrepreneurship or employment.”

As a direct result of generous support from our donors, IkamvaYouth has been able to continue implementing an impactful Winter School programme aimed towards changing the trajectory of the lives of many young people. In addition, we would like to commend our dedicated team of excellent staff for reminding us how Winter School earned its reputation as “a time when the organisation displays unity and team spirit across the country, which is encouraging and points to resilience amidst challenges” stated Lerato, our Acting Gauteng and North-West District Manager.

We would like to thank you all for the incredible commitment and support in making our programme possible! 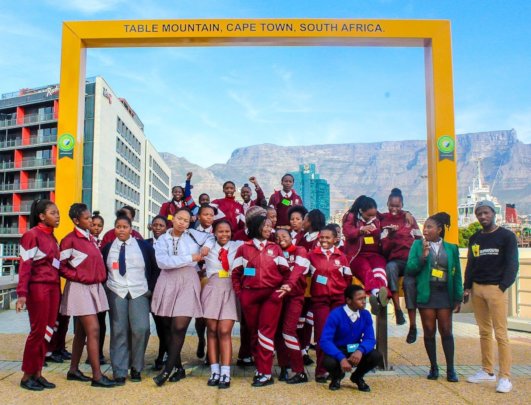 Our visit to the ZeitzMocaa Museum at Waterfront
May 7, 2019 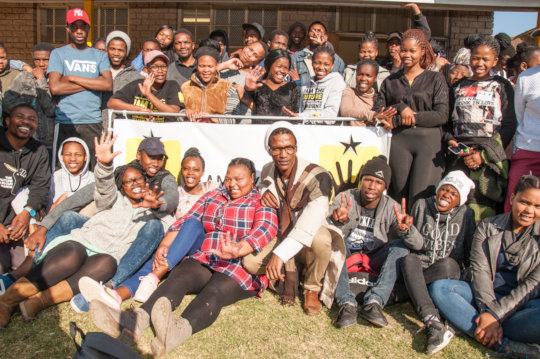 Each year, IkamvaYouth supports learners to ensure they not only pass matric, but also access post-school opportunities that can lead to them earning a dignified living. These opportunities include tertiary and other training opportunities, learnerships, and employment. In January, we were excited to announce a pass rate of 82% for the class of 2018, with 69.3% eligible for tertiary.

With the dust of the matric pass celebrations having settled, IkamvaYouth is proud to announce a placement rate of 77.7%:

It is also encouraging to note the increase in the number of learners getting into the following institutions, compared to last year.

Ikamvanites are enrolled in a wide range of courses this year, including Humanities & Social Sciences, Business, Administration & Management, Education, as well as Science & Engineering. The diversity of career streams taken by the learners is encouraging, and it makes us proud to be supporting the learners to access these respective career choices.

Without the support of the branch staff and mentors, some of these learners would not have had the chance to know the courses they are pursuing even existed. One of these learners, Rebaone, from our Ikageng branch had the following to say:

“I have had only positive things to say. IkamvaYouth helped us a lot last year while I was in matric. In simple words, I didn't think I would be in university, I had limited knowledge of available courses and learned how to apply for enrolment, and course requirements. I would not have even made it through to matric without IkamvaYouth’s assistance. It is because of how much IkamvaYouth invested in me that I decided to become a tutor, for me it was only fair to give back as much as I have received. But also seeing how much IkamvaYouth changes lives from my own experience, being part of that is an honour. There's a lot one can get from IkamvaYouth and the best part of it all is that you ought to utilise that opportunity because not many people are as fortunate. I honestly had and am still having an amazing experience at IY and I hope to keep being part of the IY family for as long as I can”.

Access to funding for tertiary has improved by close to 20% from last year; 73% of those who accessed tertiary have thus far secured funding through NSFAS as well as other bursaries/scholarships, compared to just 56% last year.

“I am very grateful to the staff for the support that they have given me. I don't think that I would have made it without them based on the kind of person that I was before”.

Mihlali joined the Joza branch because he heard some of his friends discussing the level of assistance they were receiving from the IkamvaYouth programme. Mihlali passed his matric with a Bachelor pass, earning two distinctions in Maths Literacy and Isixhosa Home Language. Mihlali is enrolled at Rhodes University, pursuing a Social Sciences Degree. Mihlali has been very consistent in his academic performance throughout this year and attributes that to the support he has received from IkamvaYouth.

Thank you to our funders, tutors, staff and all partners continue to make the journeys to dignified living for our learners a sure possibility. As more and more learners access post-school opportunities, we are confident they are breaking the cycle of poverty in their families one step at a time! 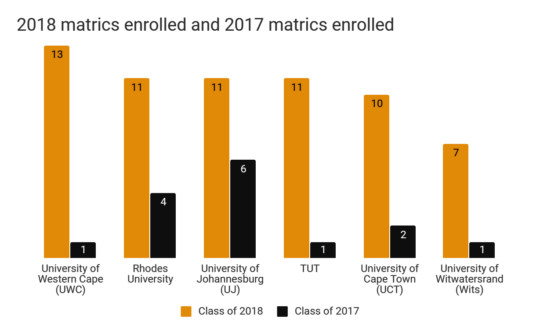