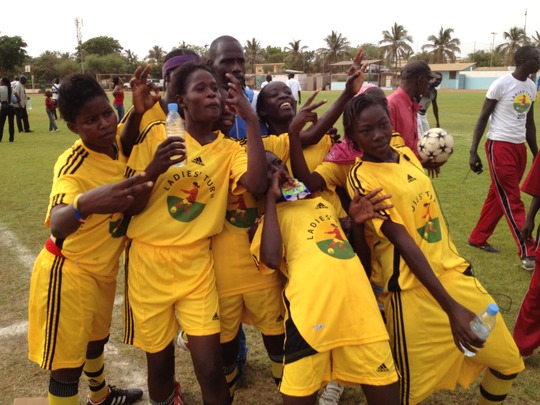 The 2013 Ladies’ Turn season thusfar has been a huge success!

In each of the four regions (Saint Louis, Thies, Kaolack, and Kaffrine), girls’ teams fought to reach the semifinals and represent their region. Regular season games were played on central neighborhood fields so that as many people as possible would see girls playing soccer. Crowds gathered when they heard hit senegalese songs blasted by our DJs, and stayed to watch the game.  Our matches were covered by the press, raising the visibility of women’s soccer from the local neighborhood field to the regional and national level.

For more pictures of the semifinals, check out below and on our Facebook page:

The U.S. Embassy hosted the first semifinal between the Saint Louis champion, Médina Marmyal and the Thies champion, Union Sportive Thiessoise. Saint Louis is the former colonial capital in the north of Senegal near the border with Mauritania, and Thies is a city about 60 kilometers from Dakar.  The teams played on the Embassy’s Ebbets Field in Dakar on grass after playing all of their games on sand fields.  Médina Marmyal won 3-2 in penalty kicks and secured Saint Louis’ spot in the final which will be played in their hometown.

Kounghuel hosted the second semifinal on a central field in their town. The Kaoclak champions, the Amazones of Ndoffane, traveled 2 hours to Kounghuel to play the champions of Kaffrine. Unfortunately for the champion Maali team of Kounghuel, the home field advantage was not enough.   The Amazones dominated the game and won 1-0.

In addition to our games, the Ladies' Turn documentary continues to bring us more fans. Our documentary was shown on national television in Senegal two weeks ago.  It was also screened at night outside in downtown Dakar during the Festival Image and Vie.

For the moment, we are getting ready for our final today in Saint Louis!  We’ll get back to you about what region, Saint Louis or Kaolack, wins the title of 2013 Ladies’ Turn champion! You can follow the Final today, Sunday June 23 at 11am East Coast Time.

Thank you again for your support help.

Jennifer and the Ladies’ Turn Team 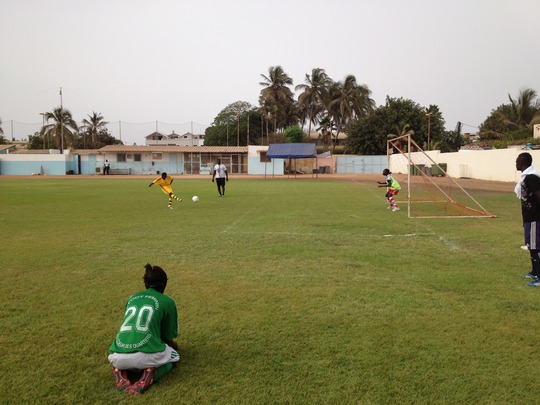 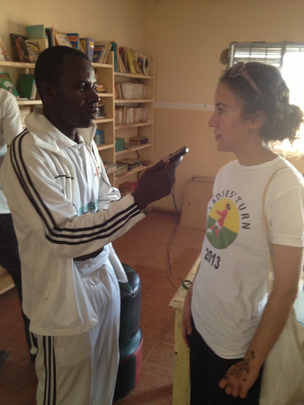 Jennifer talks to the local radio before semifinal 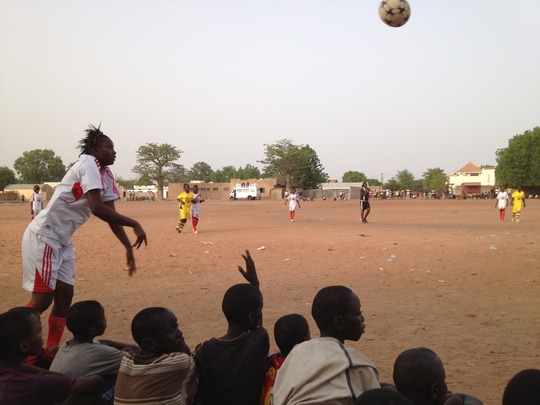 Amazone player throws in the ball before some fans 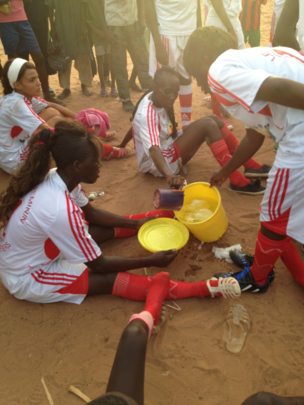 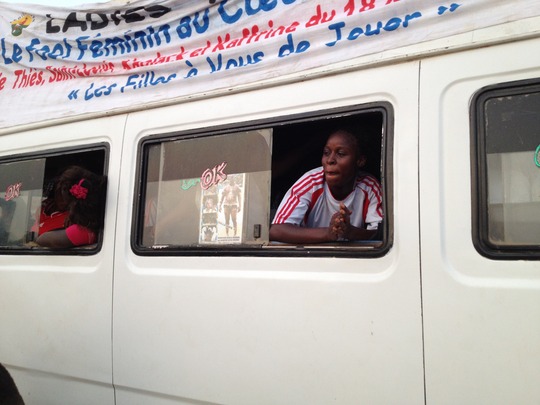 Amazones in their bus for a triumphant return! 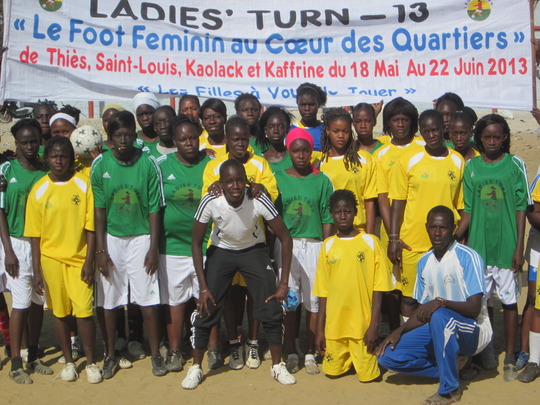 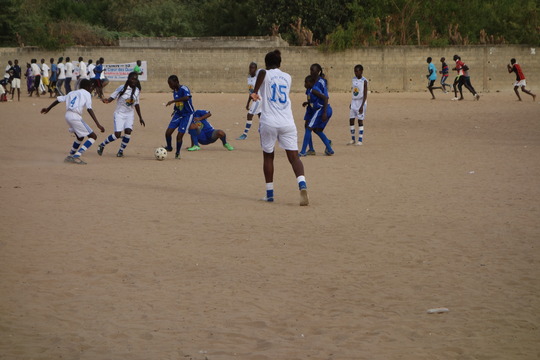 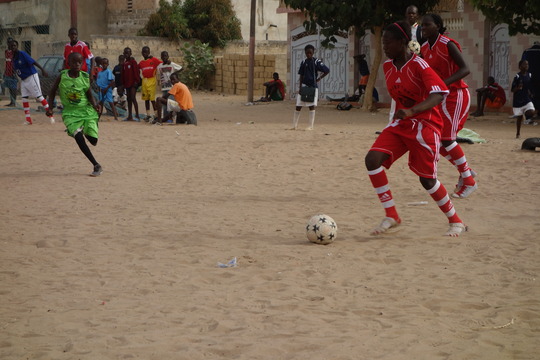 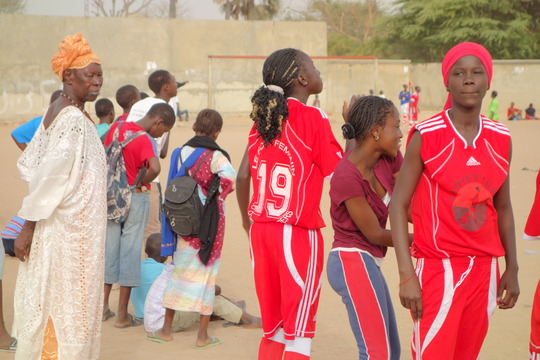 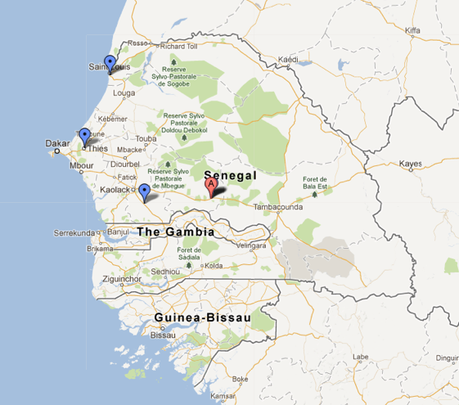 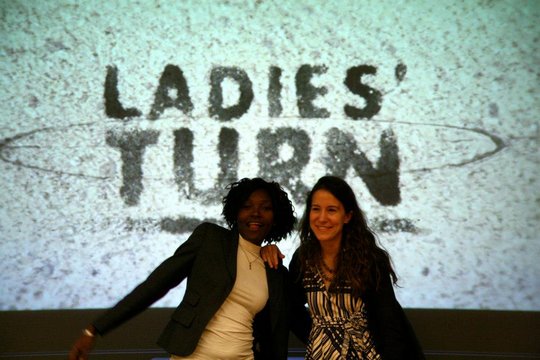 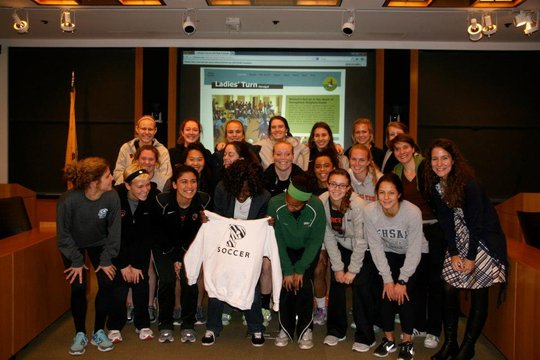 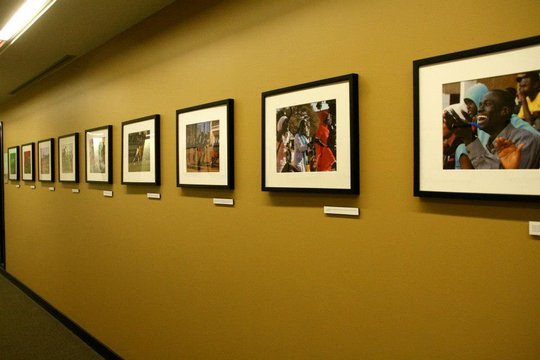