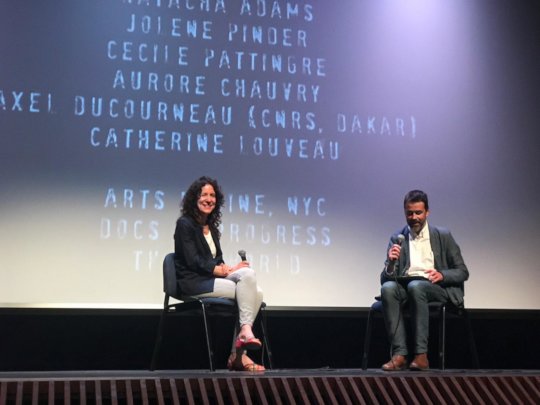 The Women’s World Cup brought us an incredible month of women’s soccer. Let’s take a minute to reminisce and smile about it all again.

It was a watershed moment for women’s soccer in Europe. France hosted to packed stadiums. Italians, whose men’s team did not qualify for the 2018 Men’s World Cup, were glued to the TV cheering their women’s team’s success. The US women’s team showed what is possible when girls are encouraged to play but what still is missing as they won to chants of equal pay. Golden Ball and Golden Boot award winner Megan Rapinoe’s hair was a daring pink (our President Seyni’s favorite color) as she dared on the field and off, scoring goals and speaking her mind.

In our Ladies’ Turn world, Jennifer showed the Ladies’ Turn documentary at the French Embassy in Washington, DC a couple days before the opening match.

Seyni though was actually at the Cup! She attended the opening match in Paris and was featured in the French newspaper Le Monde:

“This World Cup is something huge. It is a victory over everyone who ever spoke badly about women’s soccer.” - Seyni

Seyni went to a convention organized by FIFA on women’s soccer, representing Senegal in her official capacity as President of the Senegalese Commission for Women’s Soccer. She also showed our documentary directed by Hélène Harder, our own Ladies’ Turn Agnès Varda, in Paris.

The future of women’s soccer has never been brighter. So next time- Africa? We’re ready for the first women’s world cup in Africa to spark the same energy we saw in Europe. We are sure you are too. When you support Ladies’ Turn, your funds are going right to the women who are changing soccer on the ground in Senegal. So we thank you for your generous support that makes our efforts possible. 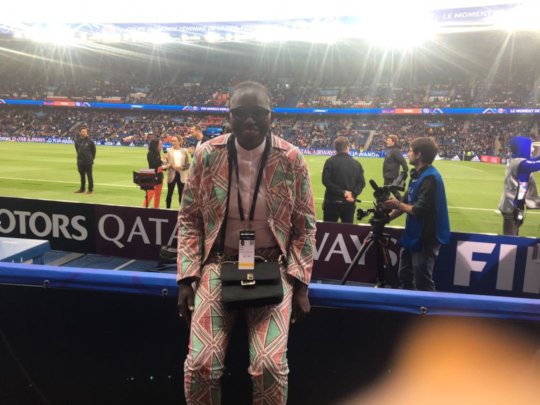 Seyni attends the Opening Match of the World Cup 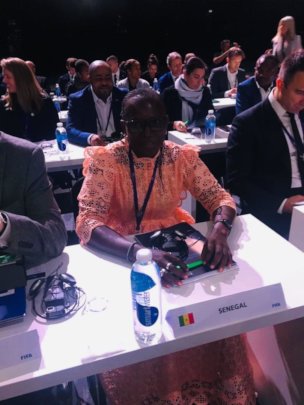 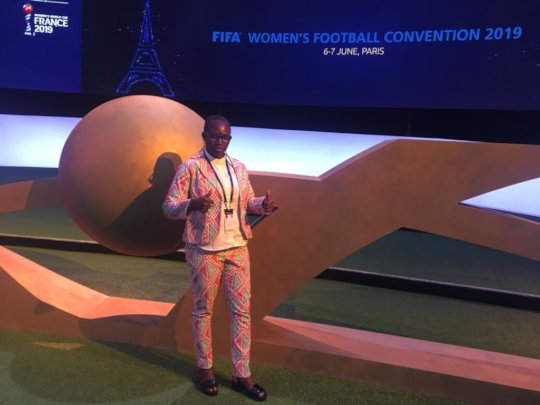 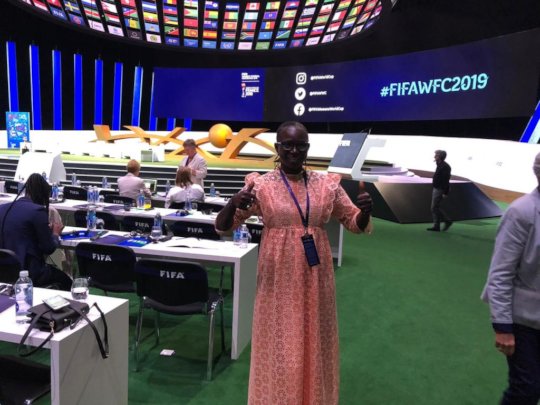 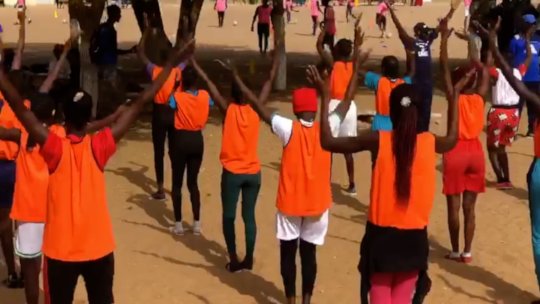 The girls are rocking it in Thies! Ladies’ Turn organized 8 soccer clinics in April and and May 2019 for girls’ teams from 20 schools in the city and surrounding villages of Thies, Senegal. Each clinic brought together 4 or more teams for the afternoon after classes finished. A total of 330 girls participated! The PE coaches took what they learned from their coaching trainings in December and had the girls practice, practice, practice! The girls improved over the afternoon of drills and showed off their new skills in scrimmages.

To see the spirit of the clinics, check out these short videos:

We’ve been thrilled with the results of this partnership with Plan International Belgium and the Directorate-General Development Cooperation and Humanitarian Aid of Belgium who supported these clinics and coaching trainings.

Also, we’re excited for the upcoming women’s World Cup on June 7th in France. As part of the celebration of the start of the Cup, the French Embassy in Washington, DC is showing the Ladies’ Turn documentary on Tuesday, June 4, 2019.
For more details on the event: http://frenchculture.org/events/9868-ladies-turn

Thanks again for all of your support! It helps us expand and build on activities like these! 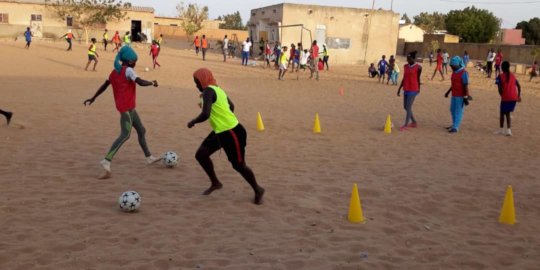 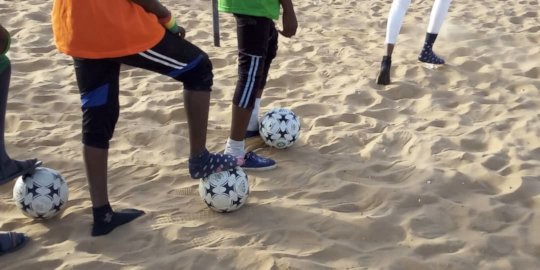 In Senegal, you play in whatever shoes you have! 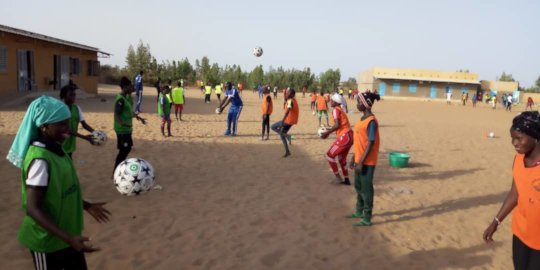 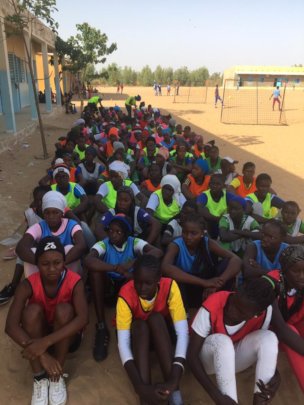 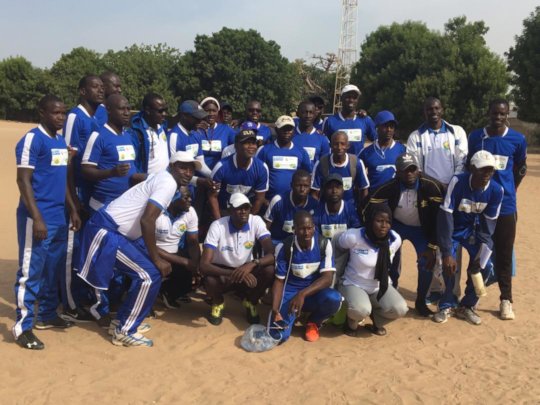 Ladies’ Turn had a busy end of the year. From December 22, 2018 to January 1, 2019, Ladies’ Turn organized a training for 36 P.E. teachers from 20 high schools and middle schools in Thies, Senegal. The Senegalese Soccer Federation has an official training program for coaches, and the P.E. teachers were able to earn the program's first certificate- that of Coahcing Basics. The Federation experts taught the fundamentals of coaching, including how to teach basic soccer skills to beginners.

You may think in the photo- that’s a lot of men! There are still very few female P.E. teachers in Senegal so we were glad that we got two! Hopefully with time, there will be more and more women who follow a career path in physical education. For now though, we are thrilled to also be working with so many men who are dedicated to women’s soccer. All hands on deck to advance this cause!

The P.E. teachers have been busy since the training. They created girls’ teams at the 20 schools and have been organizing practices to teach girls how to play. In March, Ladies’ Turn will start weekend sessions with the teams. We’ll gather 4-5 teams and have them do drills and scrimmages. We can give the girls more opportunities to develop skills and also give pointers to their coaches.

We’d like to thank Plan International Belgium and the Directorate-general Development Cooperation and Humanitarian Aid of Belgium for funding these trainings. And we’d like to thank YOU for your support that allows us to plan more activities for girls, raise our profile and attract more partners to our mission. 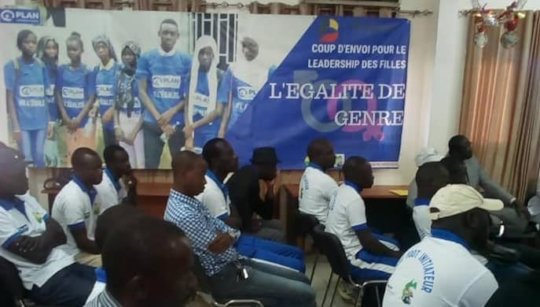 Coaches and our Gender Equality Partnership 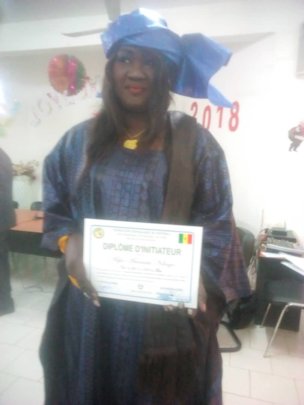 P.E. Teacher with her coaching certificate 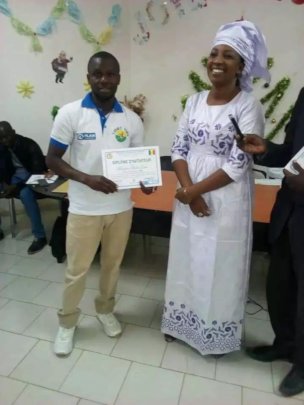 Thies School Board member helps pass out diplomas
‹ 1 2 3 4 5 6 7 8 9 ... 12 ›
WARNING: Javascript is currently disabled or is not available in your browser. GlobalGiving makes extensive use of Javascript and will not function properly with Javascript disabled. Please enable Javascript and refresh this page.