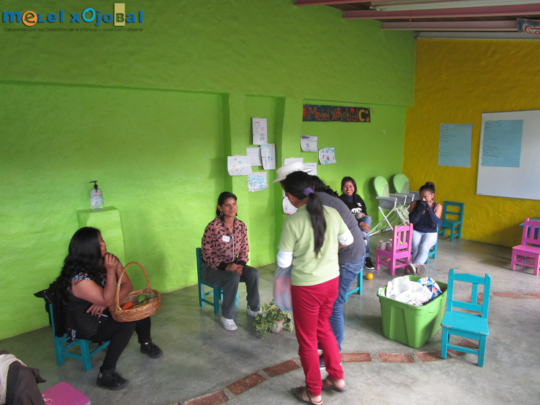 At Melel we believe that the work we do with the children could not be possible if we did not include the families in the process. That is why, throughout the year, we held several workshops with the mothers and fathers of the children who attend our early childhood center. Specifically, in the months of September and October we work on the issues of nutrition and upbringing. In the Nutrition and Perceptive Feeding workshop, it was sought that the participants knew the various nutrients and to know how they contribute to their children's nutrition. Likewise, we worked on ways to include them in food to make it balanced, motivating the families to use perceptive feeding strategies for the upbringing of their daughters and sons. In the positive parenting workshop, the beneficiaries were asked to reflect on their conflict resolution strategies with their children, and identify new ways to establish limits and resolve conflicts without violence. To do this, we worked on parents to reflect, from their children's point of view, the emotions that are generated with the ways of resolving the conflicts they currently use. At the same time, conflict resolution strategies were explored through dramatization and, as a result, collective reflection was generated. These workshops allow families not only to acquire knowledge in relation to the topics studied, but also to share experiences around the upbringing of their daughters and sons, generating a space of trust in which to express themselves. 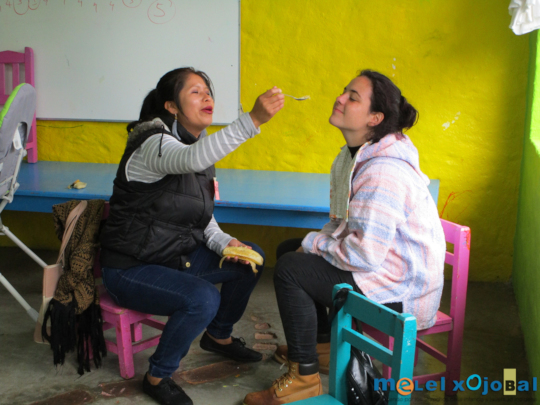 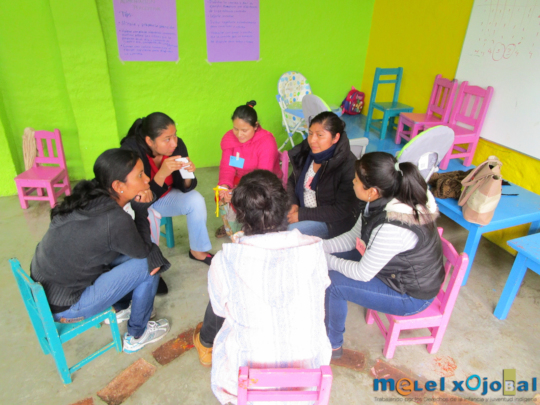 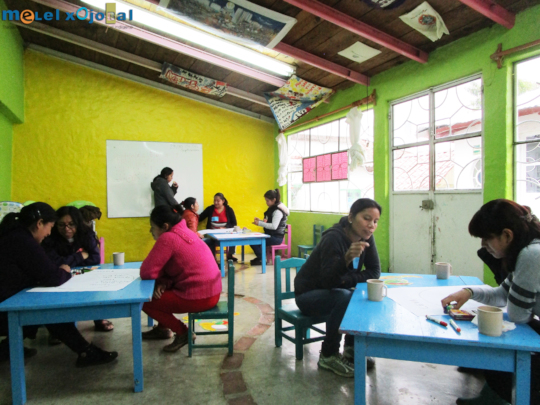 Graduation and a Celebration 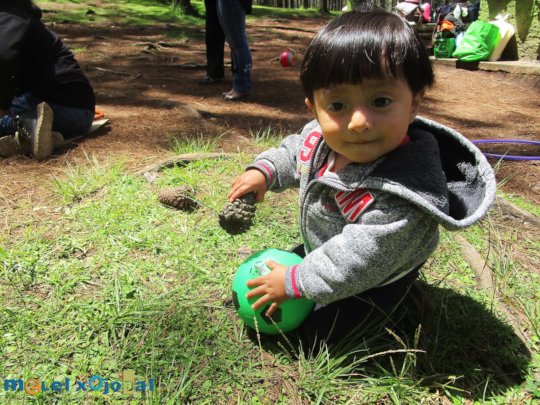 Arrumacos Educational Center wrapped up the 2017-2018 educational cycle at the end of June. The participating girls, boys, and mothers, along with the volunteers, educators, and cooks went to a local park, Rancho Nuevo, to celebrate the year together. They played games, shared a meal, slid down slides, and spent time enjoying one another’s company.

All who attended took the opportunity to recognize the energy, time, love, and perseverance that was required throughout the year for everyone involved in the program. In addition, the group celebrated the graduation of Diana and José, who will begin preschool in the fall. With pride and joy, the Arrumacos team sends off Diana and José with the hope that the abilities they developed and strengthened during their time at Arrumacos help them to build good lives for themselves, filled with dignity, peace, and liberty.

The team at Melel wishes the best of luck to the graduating children and looks forward to starting the new educational cycle in August with new and returning participants.

Stay tuned for updates about the new cycle and educational projects in Arrumacos in the coming year! 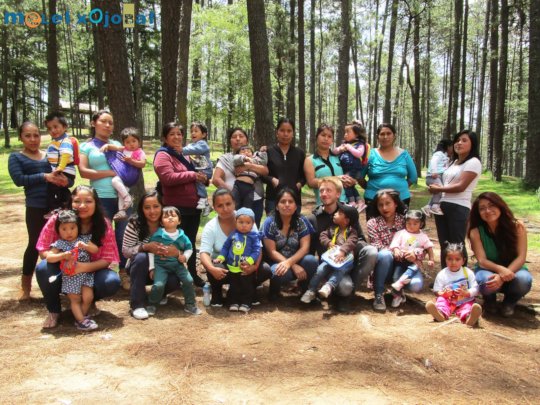 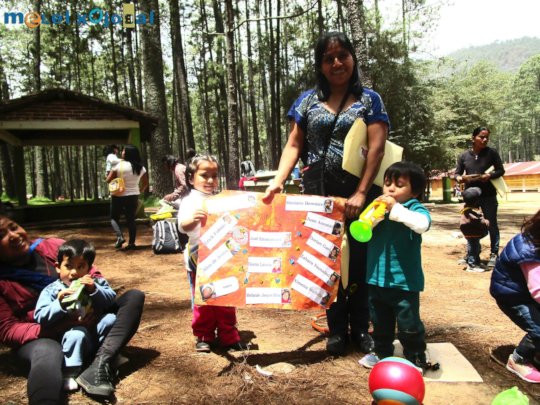 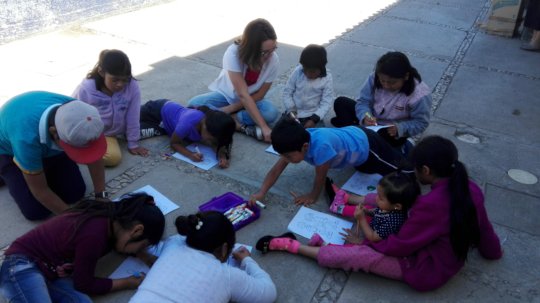 Our current educational project in the markets of San Cristóbal is called “Telling Our Stories”. The project works to educate girl and boy laborers to talk, reflect, and recognize their individual and collective identities so that they can develop a critical view of their reality and history. These identities are focused on their being girls or boys, indigenous, and workers.

We believe that by understanding their identities, the girls and boys will come to better understand their realities and will have the skills to reflect and understand why certain things happened in their lives. This is a central process that helps to reclaim identities and create ownership.

The following is a story written by Rocio about his family as part of the “Telling Our Stories” project. Rocio participates in the educational activities with Melel Xojobal in the markets in San Cristóbal. This project encourages reading and writing for children laborers between the ages of 6 and 13.

A family lived in a community, a place where there are trees, animals and beans, corn, vegetables, potatoes, tomatoes, onion and chayote. The family grew many things, like beans, and made tortillas. They went to the mountains to cut firewood, started fires, cooked food, slept and then woke up early. The came to San Cristóbal to bring seeds and to grow them.

They wore the nahua* that they made from sheep wool in many different colors. At night, it was hot and there were many animals, like chickens, ducks, dogs, and rabbits. The lekil kuxlejal (good life) in that place was very nice because there were a lot of people.

Occasionally, they got mad because they had to fight for land, just to go for a walk or to grow things.

But one day there wasn’t any water in the land and there wasn’t electricity. They came to San Cristóbal because of that. They brought their things from their community like seeds, trees, clothes, and animals like chickens, ducks, and dogs.

So, they went to live in San Cristóbal but first they sold their land in the community and bought new land here in San Cristóbal. They bought groceries and a small shop and started to sell things.

The people in the city treated us badly because they said things like “Don’t buy land here!”

The city people bothered us because they wanted to buy land in the community and because we planted trees and seeds in a small piece of land.

Finally, we were going to school. We didn’t eat any vegetables or beans, only chicken.

This is Rocio's story. By writing and illustrating the history of his family, he recognizes his identity and the identity of his family and begins to understand who he is in a whole new light.

The pictures below were drawn by Rocio to accompany the history of his family. 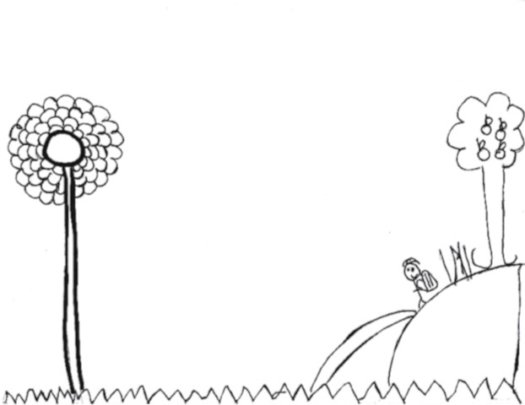 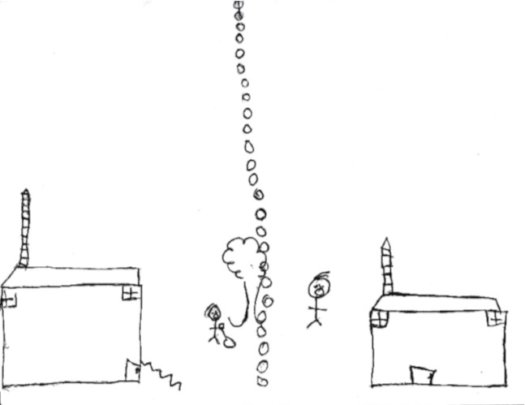 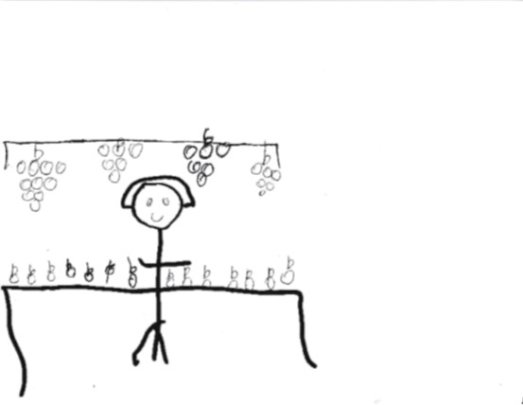 ‹ 1 ... 5 6 7 8 9 10 11 12 ... 23 ›
WARNING: Javascript is currently disabled or is not available in your browser. GlobalGiving makes extensive use of Javascript and will not function properly with Javascript disabled. Please enable Javascript and refresh this page.