A simple message: Thank you. 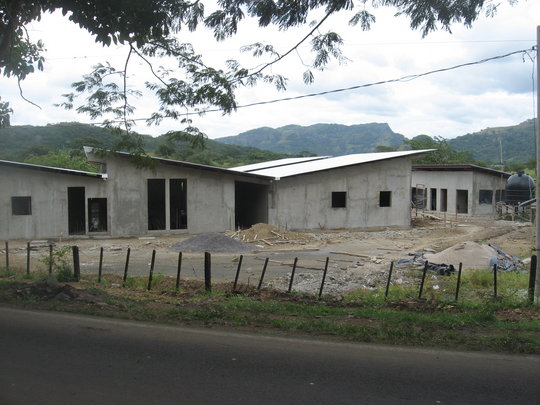 I hope you have a beautiful holiday filled with love, family and friendship. You have contributed to our work to change the lives of those living in poverty. You are a light in the dark.

p.s. Some new photos below. We hope to complete construction of our environmentally sustainable health clinic for women and children in January! 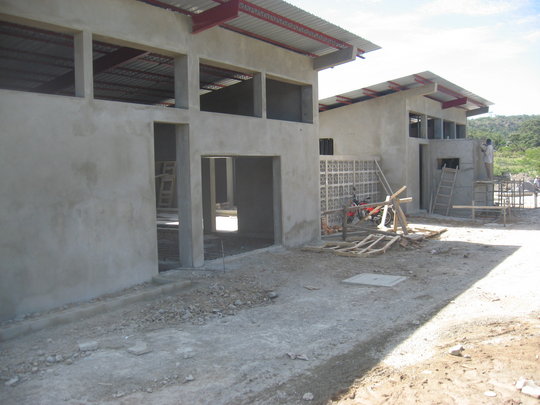 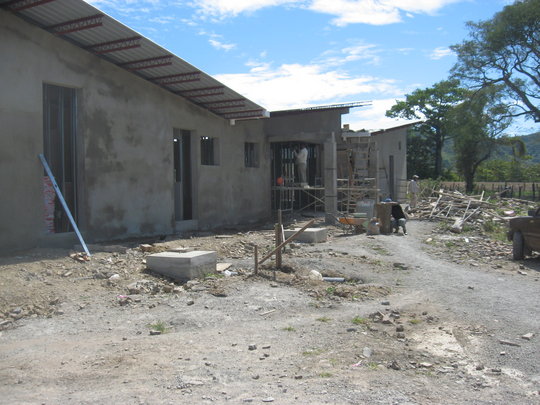 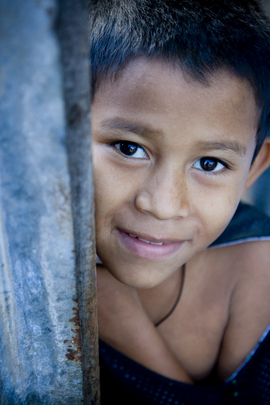 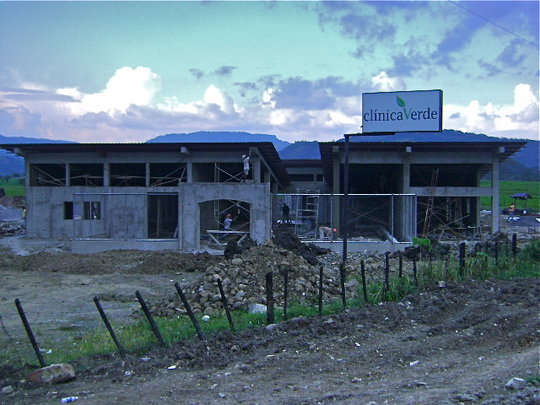 Just wanted to give you a brief update on our construction progress. The roof is on and we're moving towards construction completion by the end of this year. Photos below!

As Thanksgiving approaches, I want to thank each of your for your compassion and support. You are so important to the success of our work in the world. Have a wonderful Thanksgiving with your family and friends and know that we at Clinica Verde are especially thankful for you. 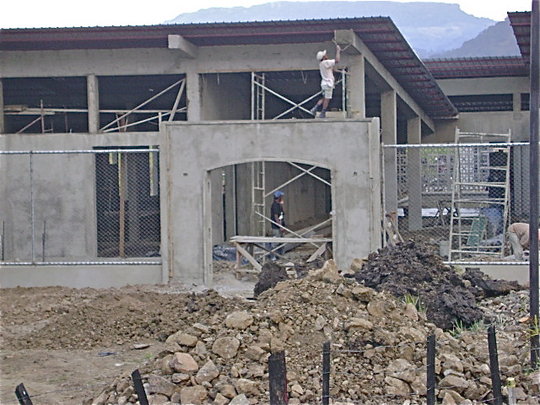 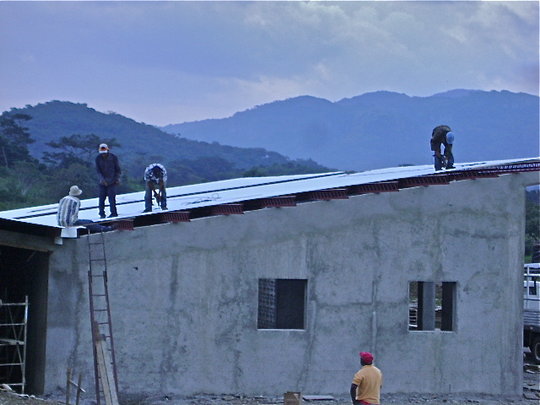 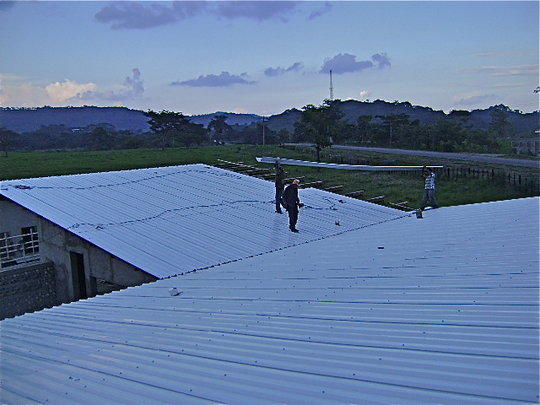 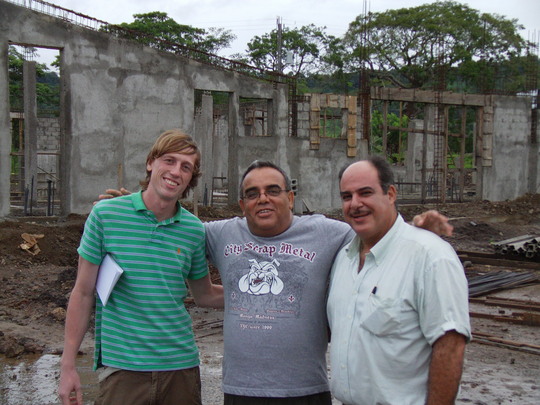 While interning for a U.S. foreign aid program in western Nicaragua this summer, I was able to escape my office cubicle for a day and travel up to the department of Boaco to check out Clinica Verde’s construction site and meet some of its future staff.   I was accompanied by the clinic’s Project Manager, Johny Siman, whose love of football provided us with immediate and ample grounds to get to know each other over a Uruguay vs. Germany World Cup match over lunch in Managua before heading out to the site.

First, Johny drove me around the department, pointing out some of the other projects he has been involved with over the years.  After driving by housing projects, schools, and baseball fields that he built, it was clear that he has been involved in this kind of work for many years.  More importantly, after bumping into so many so-called “white elephant” programs plopped in Nicaraguan communities by international aid agencies, it was refreshing to see that local people were still finding these facilities useful to this day.   It was also very promising to hear Johny recount some of his experiences using contacts to navigate his way through the Nicaraguan Government’s tedious and, at times, paralyzing regulations.  Even before I saw Clinica Verde, I was confident that a non-profit with such local knowledge and expertise is building this with good reason and in a way that actually serves the public need in a sustainable fashion.

We eventually arrived to the Clinica Verde construction site itself, on the outskirts of the Boaco department’s capital of the same name, where I found that my predictions about the project were, in fact, very true.  It was a tricky project visit in a way because the clinic is currently just a collection of cinderblocks, steel rebar, and wooden beams arranged in a way that basically meant nothing to me, given my dearth of knowledge in anything related to construction, architecture, and engineering.  But, it was my conversations with Johny and the clinic’s Medical Director, Dr. Armando Incer, which shed light on some of the details of the project and the comprehensive set of benefits that will be afforded future patients.  For example, it is obviously fantastic that Clinica Verde will offer maternity care to over 80 women daily as well as family planning services to many more (especially considering there are currently only 3 OBGYN clinics for 150,000 people living in Boaco!), but the clinic will also offer other essential functions, such as cooking classes, a demonstration kitchen, and an organic garden offered to encourage hygiene and nutrition diversification in community households.  For the sake of sustainability, the clinic will also draw its power from solar panels and water from an underground rainwater cistern.

Dr. Incer also described how dire the current situation is for women in rural parts of Boaco seeking such maternity services, given how under-resourced and over-stressed the Boaco central hospital is.  With a growing population and better road access, more and more families (try to) pour into the hospital every year, and after years of extremely low pay and insufficient medical supplies, the Ministry of Health nurses that staff the hospital seem to have become disenchanted with the whole medical system, as well as any patients that enter for services.  Furthermore, with the recent politicization of medical services (as well as almost any other public service offered by the Nicaraguan government), Boaco hospital’s administration and doctors will inevitably be chosen according to their political affiliation and not their qualifications.  Therefore, given the state of medical services in Boaco and the high mortality rates among rural women in the department, the privately-operated Clinica Verde clinic will fill a critical medical service gap by targeting the very women who need services most and by selecting employees that can best meet their needs.

On the return journey to Nicaragua’s capital, Managua, Johny provided a very telling (and amusing) description of the state of affairs in Nicaragua: “Donde el plomo flota y el corcho se hunde” (Where the lead floats and the cork sinks).  After spending this summer working with development programs in Nicaragua, I have come to realize how valuable local knowledge can be in such a setting in fulfilling the needs of the poor when no one else will.  With your support, the vision of Clinica Verde can move ever towards being a reality for the families of Boaco, Nicaragua. 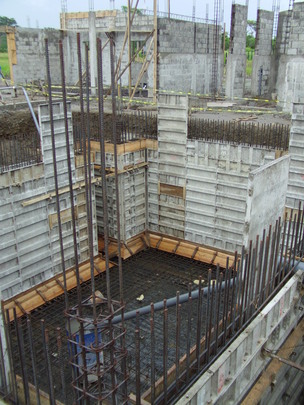