Resilience Is Her Middle Name 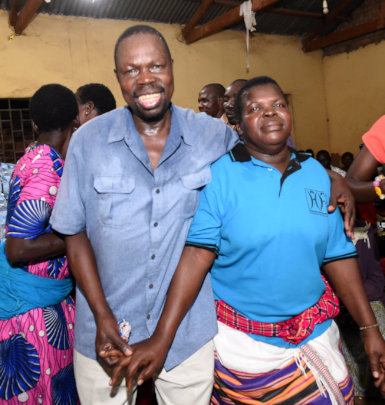 Christine is one of those go-getters that inspires us. A talented artisan, she also has two other businesses, selling prepared food and brewing the local millet beer. In December, she tragically lost her husband.  She is now the sole caregiver for her 4 biological children and another 5 children whom she supports.

As a young girl, Christine faced many challenges.  She never attended school; there just wasn’t enough money.  Even if there had been money, it’s unlikely she could have risked walking to and from school each day.  During the days of her childhood, rebels overtook the land in Northern Uganda.  They abducted young boys to be soldiers and young girls to be “wives.”  As a young girl, Christine witnessed the torture and the vulgarity of war.

In 1994, she and her husband, Washington, sought refuge in the Acholi Quarter.  Together, they have four children and care for five other children.  Washington contributed to the family's income by working as a carpenter and a roofer.  In December 2020, he fell from a roof while working and tragically died.

Christine would like to utilize her connections in the North to purchase large quantities of millet, a staple grain used in the Acholi diet. She will then sell the millet to customers in the Acholi Quarter. Additionally, millet is a key ingredient in a local alcoholic beverage. She already has a small business making this drink for local customers. By purchasing millet in large quantities, she will be able to increase her profits.

Christine hopes her children can achieve the education she was unable to receive.  Her oldest daughter hopes to study tailoring so she can contribute to the financial need of the family.

Christine dreams of returning to the North where life is simpler.  She wants to build a home and return to the gardens where she used to grow the family’s food as a child.

Never one to ask for help, Christine needs help now. For just $25, you can help her secure her future and that of her children. 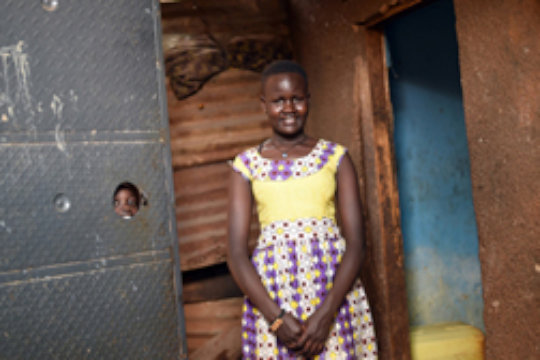 I have an older brother and a younger brother and sister. As the eldest girl in my family, when I am home, I help my mother with chores and caring for my younger siblings.

I am 18 years old and attend St. Kizito Secondary School. I like the school very much because they have all the equipment and books needed to study well. They are morally upright. I am Acholi, but I have many friends at school from different backgrounds and tribes. I am committed to my studies and hope to complete well. I have hope of becoming an accountant so that I can serve the people of Uganda by working in the bank.

For $25 a month, you can enable Teddy to continue her studies and build a better future for not just herself, but her community.

After nearly a year of closures, the Ugandan government has announced the re-opening of schools.  It will be a scattered reopening to ensure that the infection rate doesn't dramatically increase.  March 1st will see the first round of children returning, followed by another group in April.

While this is great news for the children, it's even better for their mothers.  Many children in the Acholi Quarter attend boarding schools through sponsored programs, which reduces the number of mouths to feed within a home.  For the past year, mothers have desperately searched for the means to feed all of their children.

We hope that by late spring, the need for food security will be reduced and we will be able to return to focusing on our education priorities within the Quarter.

1 2 3 4 5 6 7 8 9 ... 27 ›
WARNING: Javascript is currently disabled or is not available in your browser. GlobalGiving makes extensive use of Javascript and will not function properly with Javascript disabled. Please enable Javascript and refresh this page.