Australia remains gripped by the devastating impacts of the ongoing wildfires, especially in the south eastern states of New South Wales and Victoria. Nearly ten million hectares have been burned across the country, more than twenty people have been killed, and an estimated half a billion animals have been killed or impacted.

Through the Australia Wildfire Fund, GlobalGiving is working with and supporting a number of vetted organisations who are supporting wildlife and communities who have been affected. SThree has established an Australia Emergency Relief Fund to support these response efforts right now, as well as the long term efforts to rebuild communities.

GlobalGiving’s Australia Wildfires Relief Fund has already disbursed initial donations to a number of vetted Australian nonprofit partners on the frontline of response in support of fire-impacted communities (both human and wildlife). What you donate today will be dedicated to organisations best placed to address the greatest need across Australia. Your donation will support charities such as: Foodbank Australia, Rural Fire Brigades Association Queensland, NSW Wildlife Information Rescue & Education Service, Australia Zoo Wildlife Warriors, World Central Kitchen, Sydney Wildlife and the Foundation for National Parks & Wildlife.

SThree will match fund the donations made by our colleagues up to $12,000. 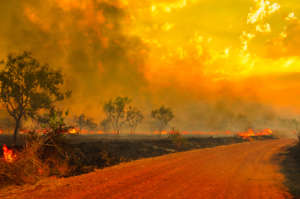 Australia Wildfires Relief Fund
by GlobalGiving
High winds and drought conditions are causing wildfires to spread rapidly through Australia, prompting mass evacuations, destroying homes and killing millions of animals. This fund will support immediate rescue and relief efforts for people and animals impacted by the fires and will eventually transition to funding long-term assistance to help residents recover and rebuild. All donations to this fund will exclusively support wildfire recovery.
WARNING: Javascript is currently disabled or is not available in your browser. GlobalGiving makes extensive use of Javascript and will not function properly with Javascript disabled. Please enable Javascript and refresh this page.