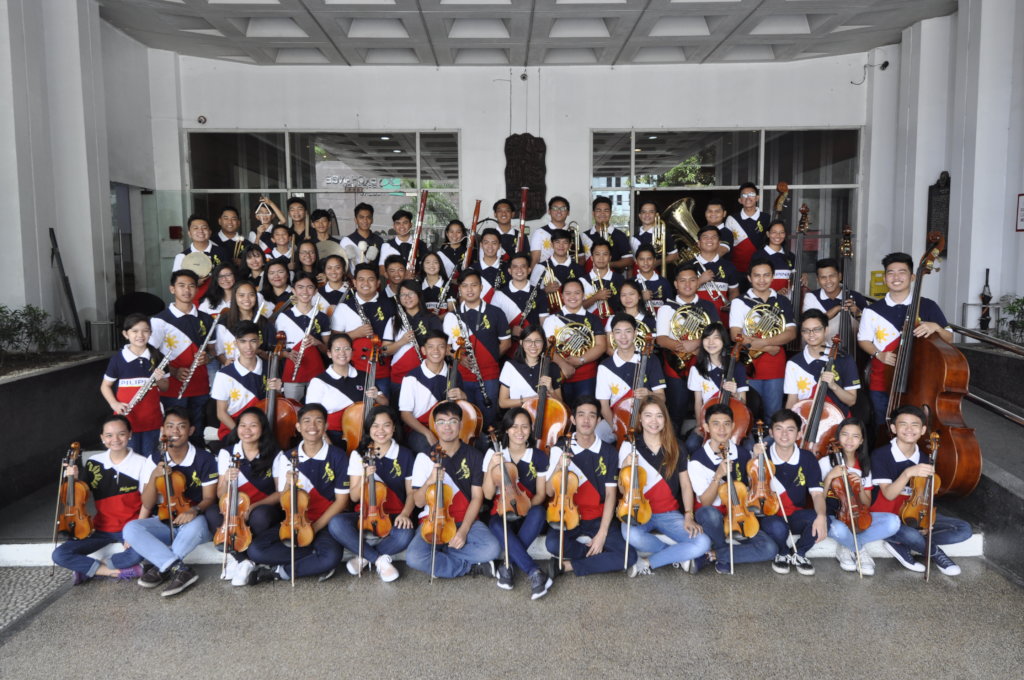 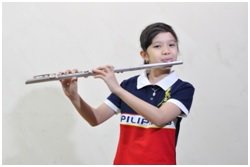 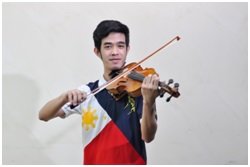 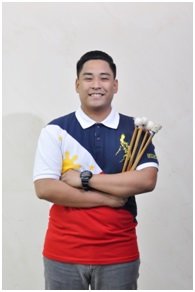 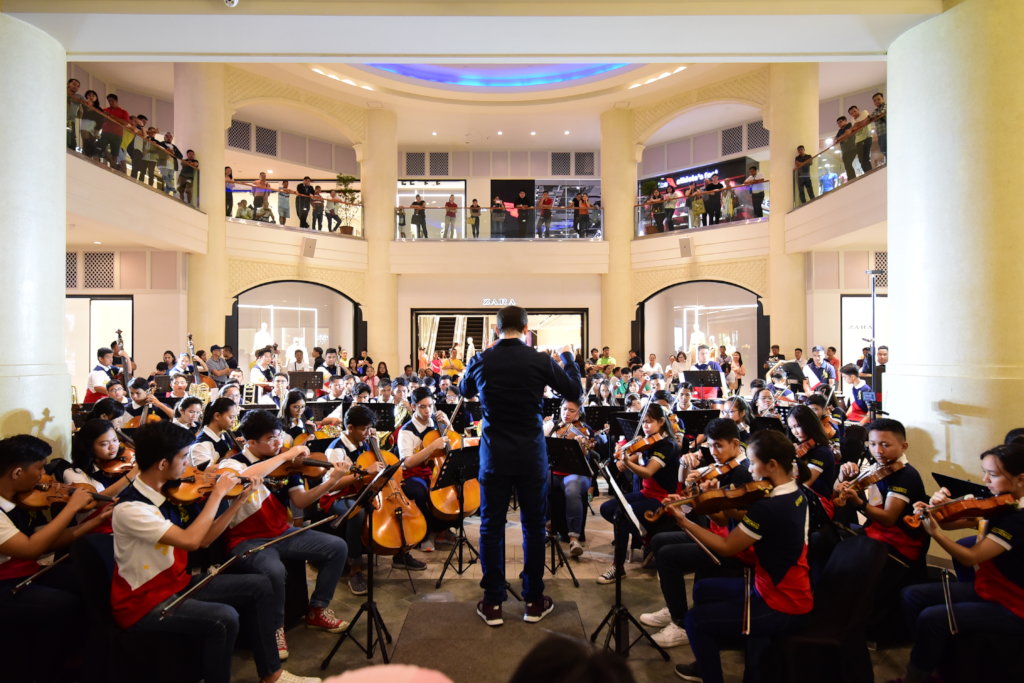 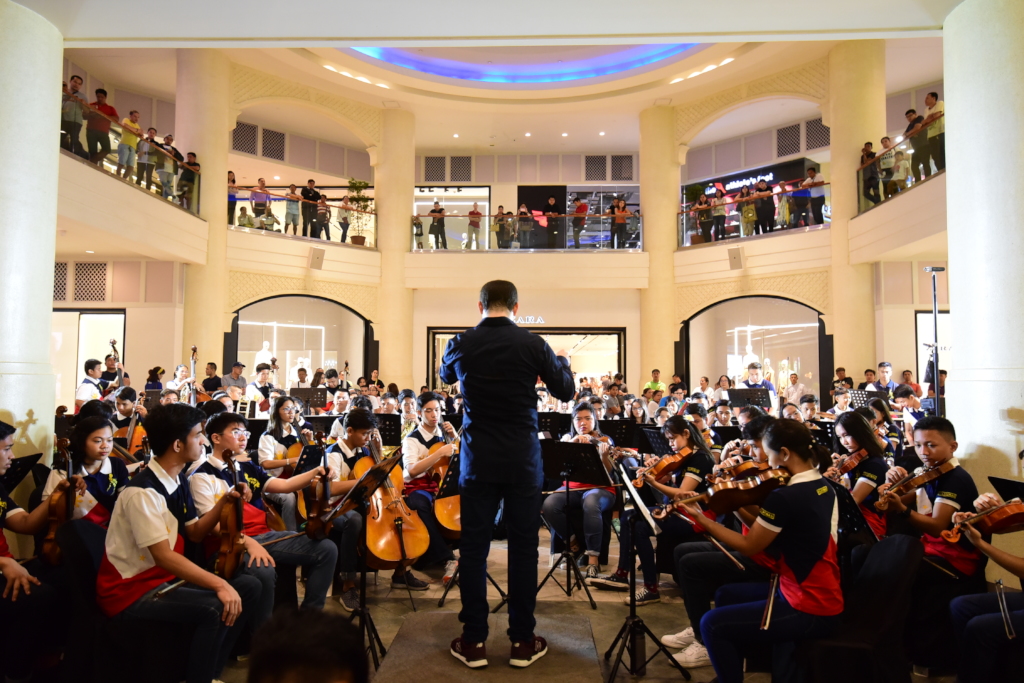 It’s an exciting time for Ang Misyon’s Orchestra of the Filipino Youth (OFY) as they gear up for an international performance in Doha, Qatar in partnership with the Philippine Department of Foreign Affairs (DFA).

This partnership began in May of this year when the DFA invited the OFY to play a concert at their auditorium in Manila, to an audience composed of the Diplomatic Corps present in the Philippines. The performance was so well received that a little over a month later the organization was in talks with the DFA regarding a performance of the OFY abroad. In the end it was decided that Doha, Qatar would be the first destination of the OFY for an international concert featuring a full-orchestra composed of 68 Ang Misyon scholars.

On October 25, 2018 the OFY will be performing at the newly inaugurated Qatar National library to be followed the next day with a concert at the prestigious Katara Opera House, a performance venue wherein groups have to secure an invitation to perform.

For many of the scholars it will be their first time to travel abroad, but more than the excitement brought about by an international performance, a resounding sentiment is the honor that these young musicians feel in being given the privilege to represent the Philippines on a global stage.

“I hope that our performance In Qatar makes our fellow countrymen proud.” JM, the 17-year-old concert master of the OFY told members of the media during a recent Press Conference held by Ang Misyon last September 13, 2018. This press conference was to announce the upcoming Qatar Tour of the OFY, but it also gave the media an opportunity to learn more about the backgrounds of Ang Misyon’s Scholars.

JM is the son of a tricycle driver, and he lives in Taguig with his family. During the press conference he told the story of how he worked and practiced hard to become the concert master of the OFY. At his audition for the role he beat out some of the older members of the orchestra, some of whom had more years of experience in music than him. “I think I became concert master because I practiced and practiced. That’s what being an OFY scholar has taught me. That hard work will pay off.”

Vera, a viola player of the orchestra told members of the media how grateful she was for nearly five years as a scholar of Ang Misyon. Her gratitude has made her want to give others the same opportunity she has been given and so she now acts as a mentor to one of the Community Youth Orchestra’s that Ang Misyon supports. “I love teaching kids music. We study a lot of classical music and it’s amazing to be able to show them that classical music is for everyone, whether you’re rich or poor.”

Present at the Press Conference as well was Federico R. Lopez, co-founder and President of Ang Misyon. He talked to the media about the growth of the organization since this was founded in 2012. “Our goal was always to empower the youth through the learning of classical and orchestral music. Less than a decade later these young members of the orchestra are talking about wanting to share what they have learned to uplift the underprivileged communities where they live. This alone makes me proud of what we have achieved so far.”

Currently the OFY, under the helm of Maestro Joshua Dos Santos, is busy practicing for their upcoming concert at Qatar. Though despite their busy rehearsal schedule they were still able to perform for the public last September 1 at the Power Plant Mall in Rockwell, Makati. The mini concert featured some parts of their repertoire for Qatar including Shostakovich’s Symphony No. 12 and an orchestral arrangement of Rey Valera’s popular Filipino pop song Kahit Maputi na ang Buhok Ko. Like the DFA performance of the OFY last May, this performance was met with only good reviews.

Your donations to Ang Misyon will help us continue the work we do with scholars like JM and Vera. Follow the Orchestra of the Filipino Youth Facebook account (www.facebook.com/weareofy) for updates about their Qatar tour as it happens.

*Quotes from the scholars have been translated from Filipino to English. 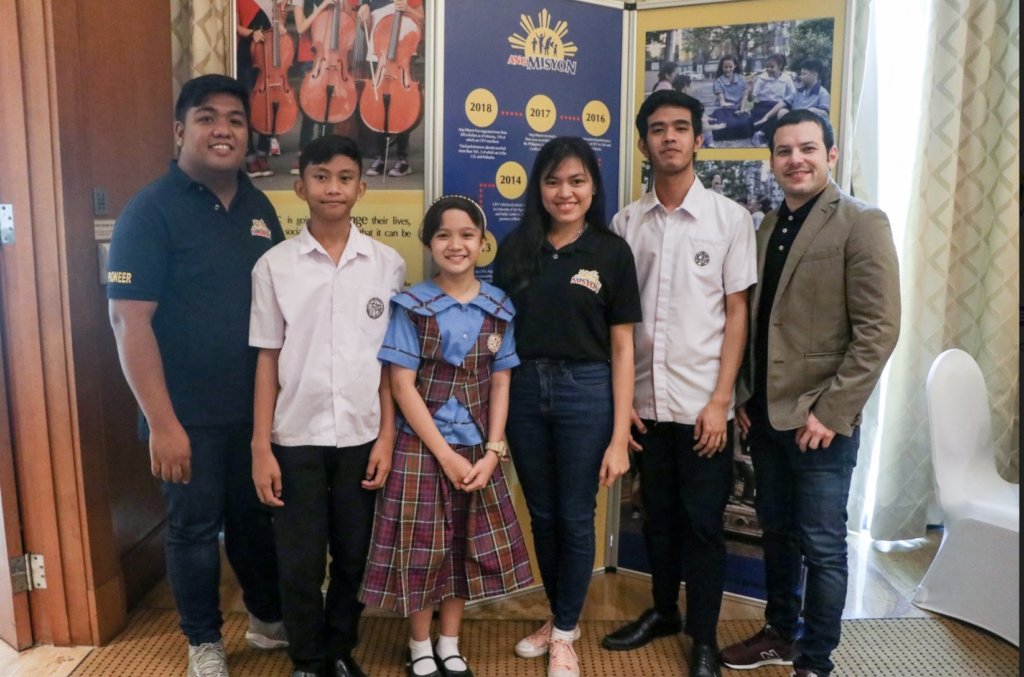 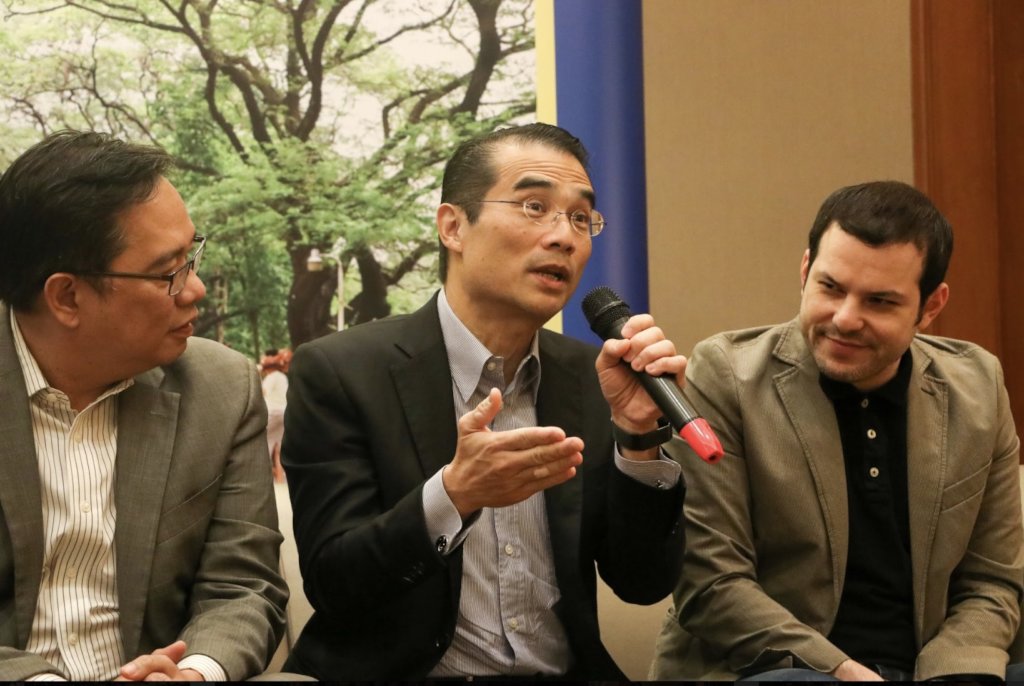 Music and Mentorship at Camp 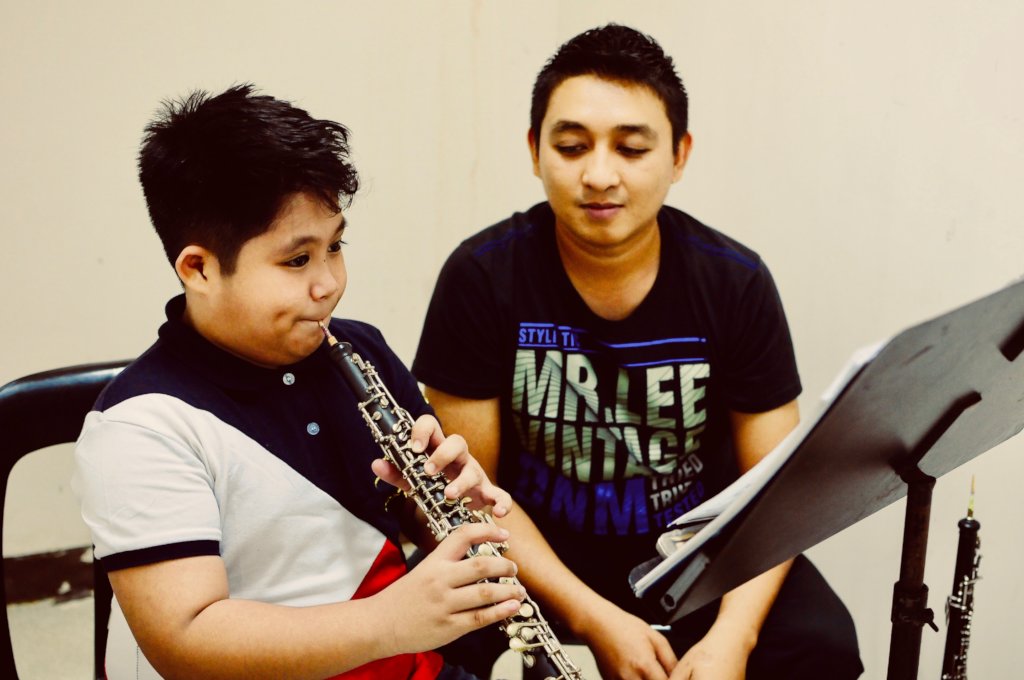 Maestro Joshua Dos Santos lifts his hands to signal ready. Surrounding him are 70 members of the Orchestra of the Filipino Youth (OFY,) Ang Misyon’s performing arm for the organization’s orchestral music program. It’s the 7th and final day of their annual week-long music camp and the young members are ready to play Shostakovich’s Sypmhony No. 5, a piece they have studied all week.

There’s a rhythm to the days at the music camp. The OFY Scholars-- as the orchestra members are called, begin bright and early at 7 in the morning. After breakfast, they break out into small group workshops designed to foster the sense of team work and discipline required to play in an orchestra. Each day of the music camp, on large sheets of manila paper they answer the question “How are You Feeling Today?” The answers vary, but for every day that the music camp has gone on, the most resounding response is “I’m excited to be here.”

After the small group workshops, the scholars then proceed to small group music sessions. This is where the mentoring aspect of Ang Misyon’s orchestral music program takes place, with the higher-level scholars overseeing the progress made by the younger members of the orchestra. During these group sessions, scholars participate in one-on-one mentoring.

In the afternoon, after lunch and a break for snacks, the scholars then proceed to their sectional rehearsals conducted by mentors who oversee the practices of each orchestra section. Sectional rehearsals are in preparation for orchestra rehearsals where all 70 scholars come together to play as a full-orchestra. Orchestra rehearsals take place for two hours in the evening, after dinner and before bed time. It’s a mini culmination for everything they’ve practiced during the day, and a build up to the seventh and last day of the music camp where the OFY will be performing a short recital to showcase all the things they’ve learned throughout the week.

A first-time participant at the music camp is 13-year old Ernest, a principal Oboe player for the OFY. Ernest is in Grade 8 and he lives in a town in Rizal, a province one hour away from Metro Manila. He has been studying the Oboe for a year with Ang Misyon under the mentorship of Arvin, who is one of the pioneer members of the OFY. Arvin transitioned from becoming a member of the OFY to becoming a mentor of the orchestra in 2016. He is currently majoring in music at the University of the Philippines and has gone on to play professionally for the Manila Symphony Orchestra.

On the seventh and final day of the music camp, Ernest is one of the 70 members of the OFY about to perform Symphony No. 5. It's said to be one of the toughest pieces of orchestral music to play, but after their week-long music camp, the Orchestra of the Filipino Youth performed it with only great ease and mastery.

Your Donations help us support scholars like Ernest allowing them bright futures such as that of Arvin’s. We will report back on more stories of our music and mentorship program soon. 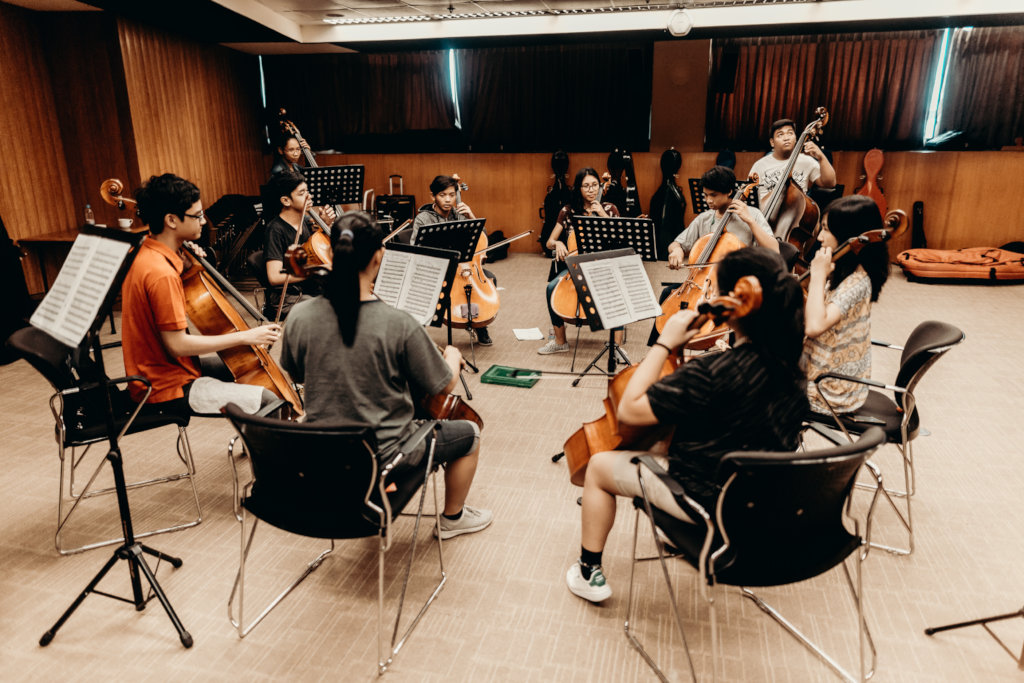 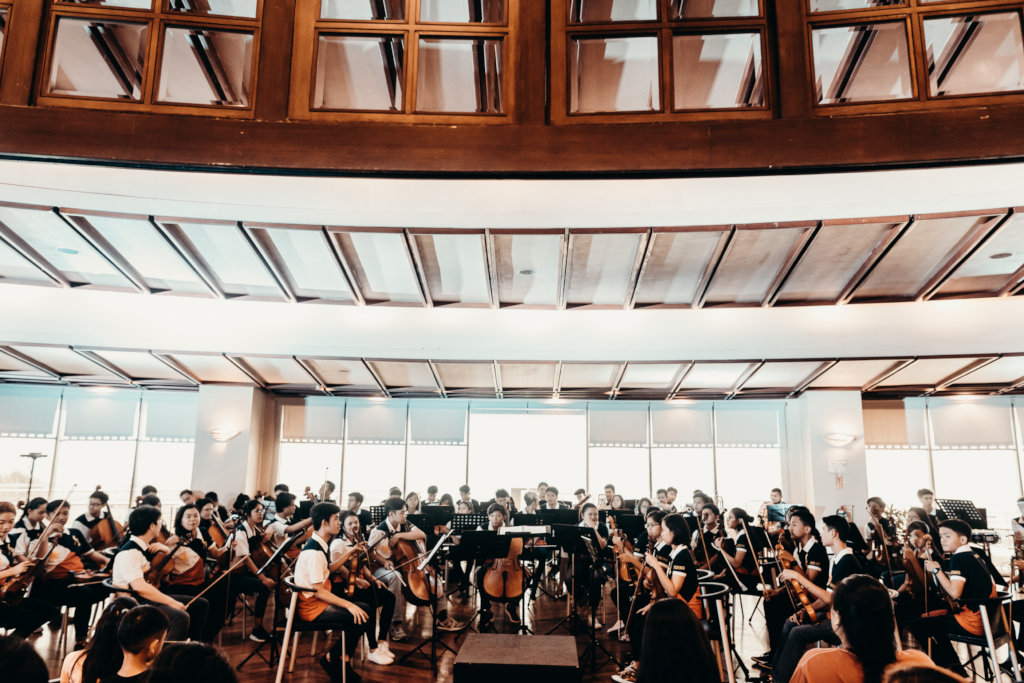 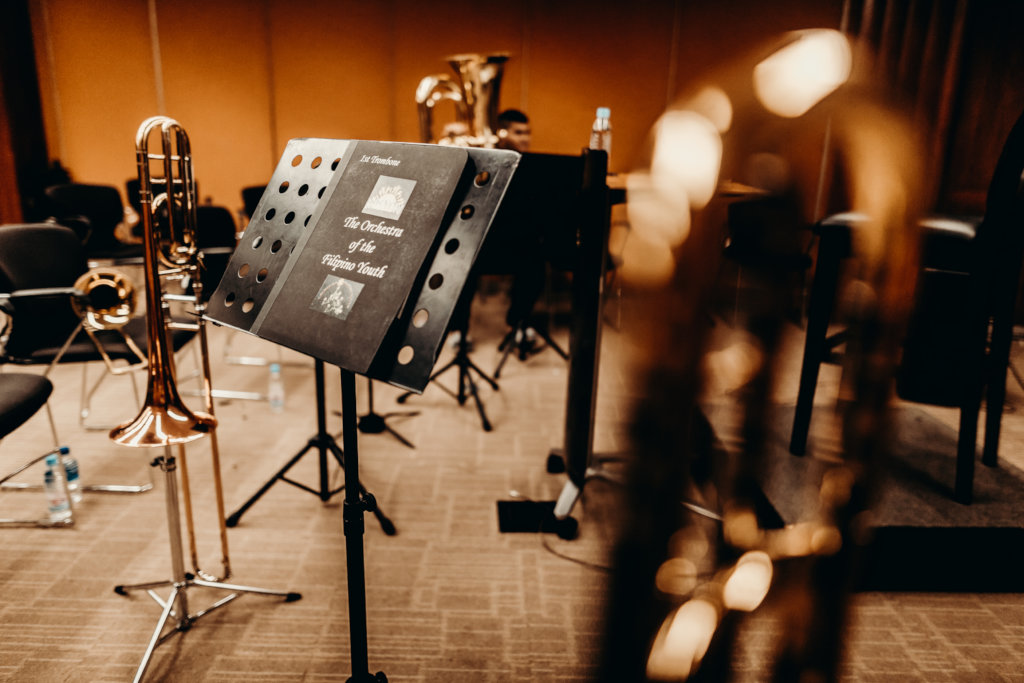