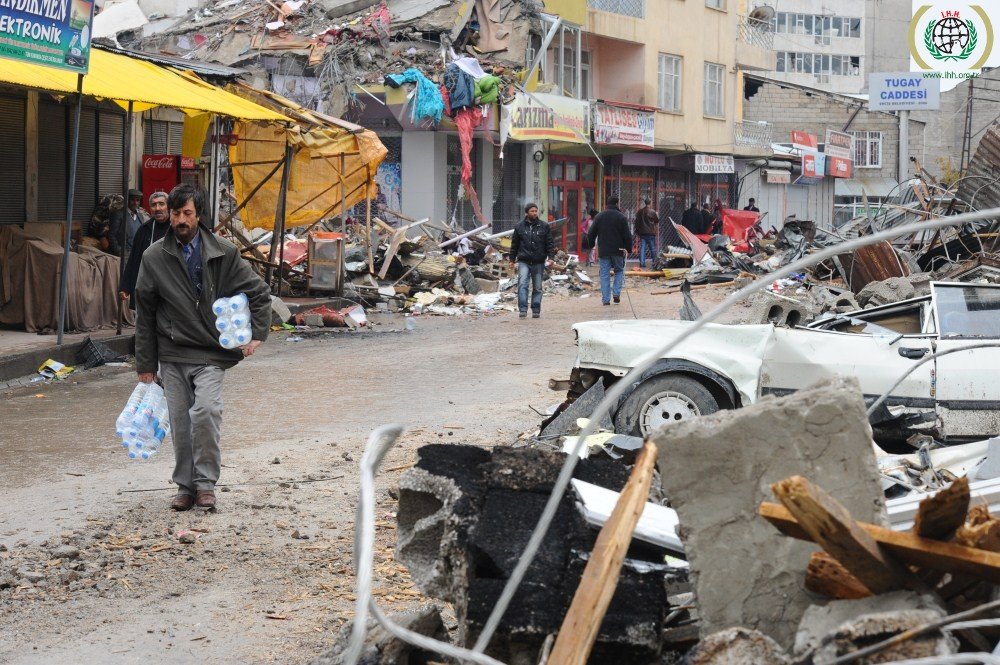 A Final Report on Your Kindness to Turkey! 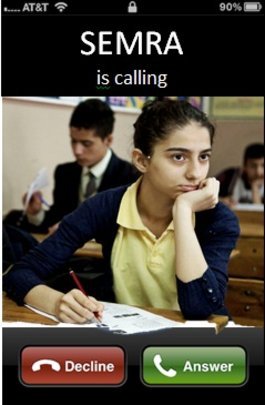 You are powerful.  Two years ago in October of 2011, an earthquake rumbled through the city of Van in Turkey.  Mangling, crushing, and devouring buildings, bustling life for Van’s people halted.  Their homes were gone, university dormitories and libraries leveled, and food and clothing were immediate needs.

With full support, you stepped in.

This final report for the Turkey Earthquake Relief Fund is to celebrate the unbelievable recovery the city of Van has been making, and to highlight where the current keys of development lie.

Our partner Turkish Philanthropy Funds is on the ground in the city of Van.  TPF has tremendously applied themselves to mobilizing about the community and enacting these 12 changemaking projects:

You can see these projects in a beautiful presentation format by clicking to this Prezi website: http://prezi.com/a6lgpjnd_odd/van-earthquake-relief-fund/.

From a call with Senay Ataselim, project leader of Turkish Philanthropy Funds, even more information has been gathered.  The government has started a lot of new developments in the city.  Because of the earthquake, funds are coming to the city and the rebuilding efforts have made extensive progress.  However, needs still exist.  A unique result has also surfaced because of the earthquake.  In the two years since the natural disaster, usually invisible socio-economic problems have come to light.  Previously, one might have heard about them but not really paid attention.  The earthquake changed that.  Immigration from the southeast has increased the unemployment rate in Van, and families are such that one family represents 10-15 people.  Parents have responded by trying to marry off their daughters at a young age in order to help support the family.

Recently, Turkish Philanthropy Funds has committed itself to providing job opportunities to young girls so they can bring the money to their families and not have to be married off so young.  Additionally, TPF is supporting workshops for job opportunities and education for the girls.  Here, they gain literacy and finish high school so they can go to college.  TPF gives scholarships to the girls.

Through the terrible onslaught of the earthquake, Van faced what seemed like an insurmountable process to rebuild themselves.  Through you who partnered with GlobalGiving, who partnered with Turkish Philanthropy Funds, who reached the Turkish people, the city is being given new life.  No one could have faced this without you.  With utmost encouragement and gratitude, thank you!

If you feel curious, open up Turkish Philanthropy Funds’ Annual Report and explore in greater detail the copious ways they have stood by their community and rebuilt it back. 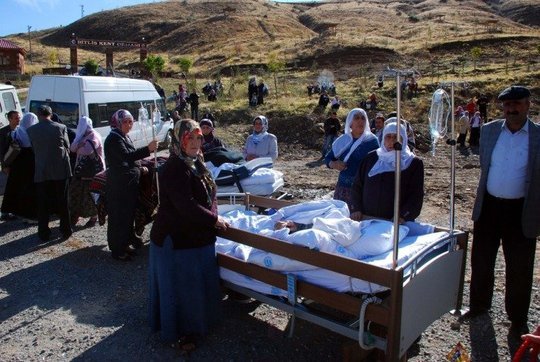 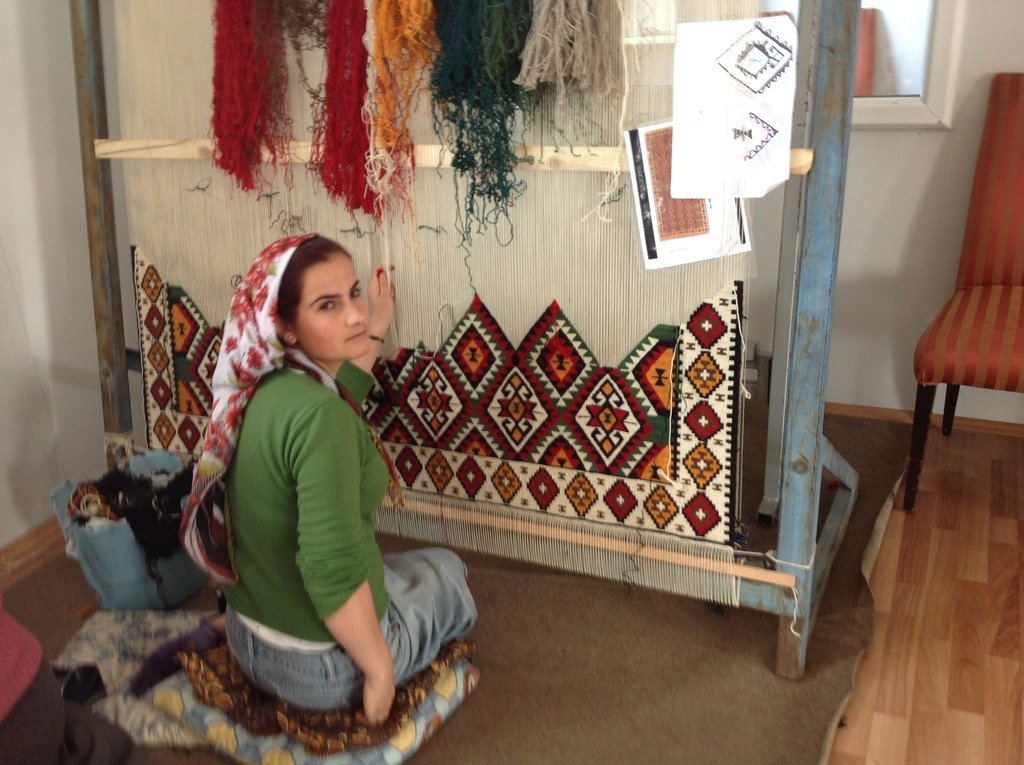 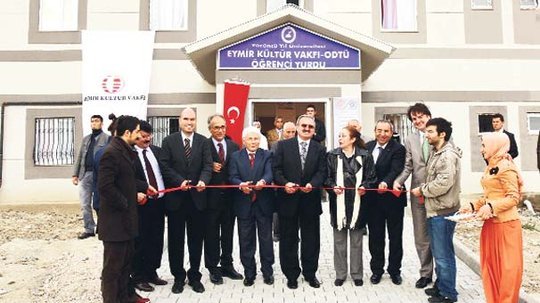 We have some fantastic news for you all! Through your generous donations, Yuzuncu Yil University in Van had an opening ceremony for a 192 student capacity dorm on November 9th, 2012.  The newly built girls’ dorm has 48 rooms, 4 beds and 1 bath in each room, and study rooms for the girls to work in a quiet space. This is a major turning point in the area because women and girls in eastern Turkey are commonly not given the chance to succeed. They make up a low portion of the workforce and tend to obtain far lower levels of education than men and boys. However with this new dorm, the girls that live there will become role models for their families, friends and peers. They have been provided with an environment that will allow them to achieve their goals and thrive in their communities.

The city of Van was already struggling with harsh economic conditions before the 7.2 magnitude earthquake struck. Yet with this devastation came opportunity. Before the earthquake, Yuzuncu Yil only had the capacity to house 2,800 students in dorms out of a total of 24,000. Now that the girls’ dorm has been completed, efforts have switched to providing 14,000 more students a dorm. Thus the fundraising continues! It is so amazing to see the transition from emergency response and relief to long term recovery efforts. All of this would not have been possible without your support! Any amount donated has and will make a difference in a student’s life. Thank you again GlobalGivers! Your donations are truly helping to make our world a better place. 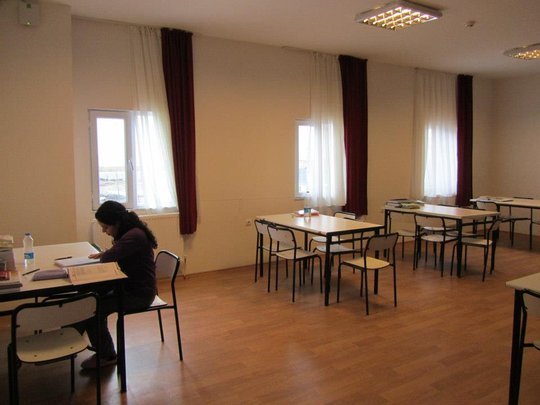 A girl studying in a study area 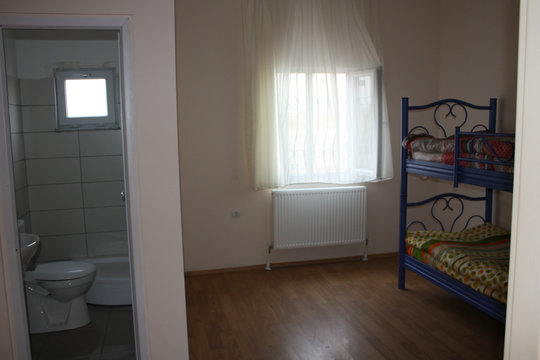 Making the dorm a home 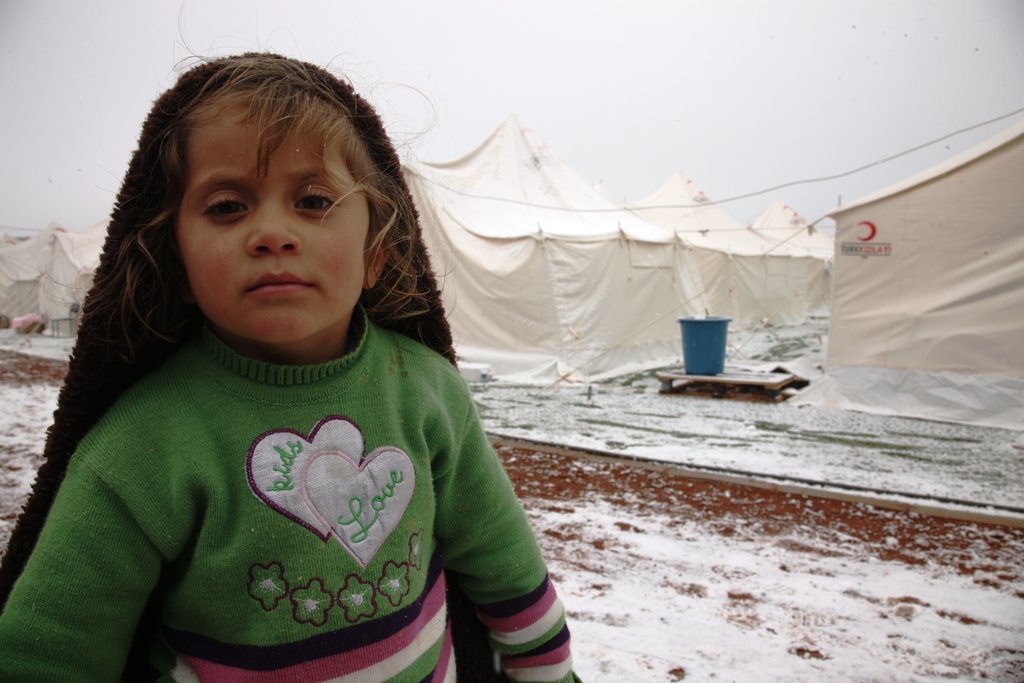 October 23, 2012 marks the one year anniversary of the earthquake in Van. It only took minutes for destruction to occur and create long-lasting damage. Our partners are still hard at work teaming with the local community to rebuild.

Turkish Philanthropy Funds (TPF) is one of those organizations working to provide relief, reconstruction and rehabilitation. TPF has helped fund 12 projects in the Van area over the past year. These projects could not have been possible without generous donors like you. TPF has worked to send your donations to grantees diligently working in the effected area, see below to find out how your donations were allocated to organizations working in relief, reconstruction and rehabilitation phases.

To see a timeline of the Turkish Philanthropy Funds’ work from the time of the earthquake to today click here.

It only took minutes for destruction to occur, but it is your donations that have made and continue making long-term improvements to the Van area, a big thank you on this day of remembrance. 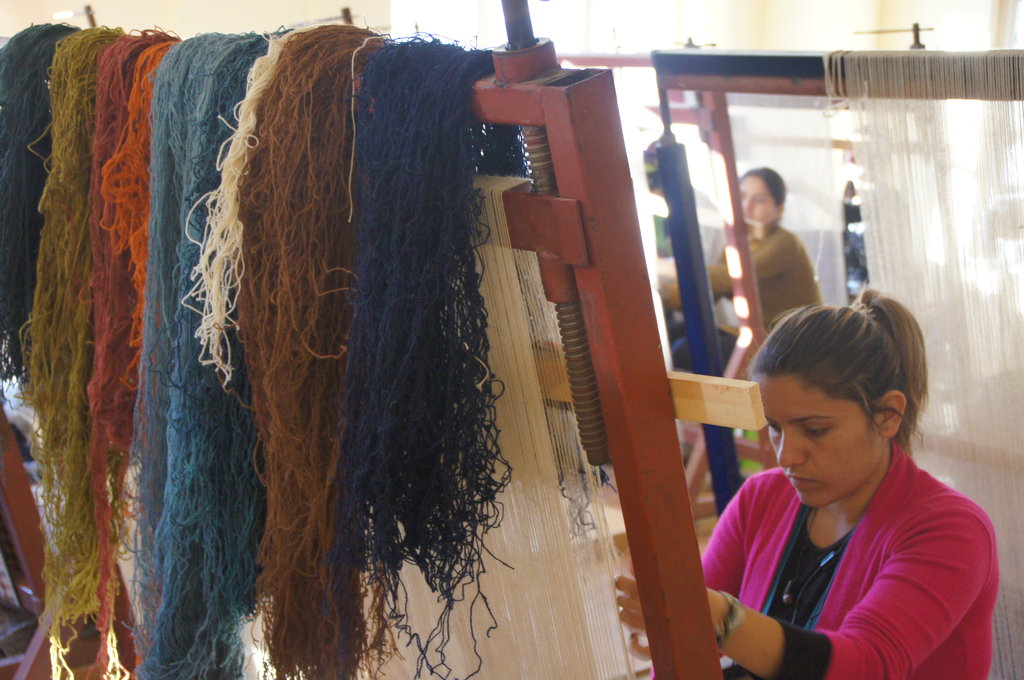 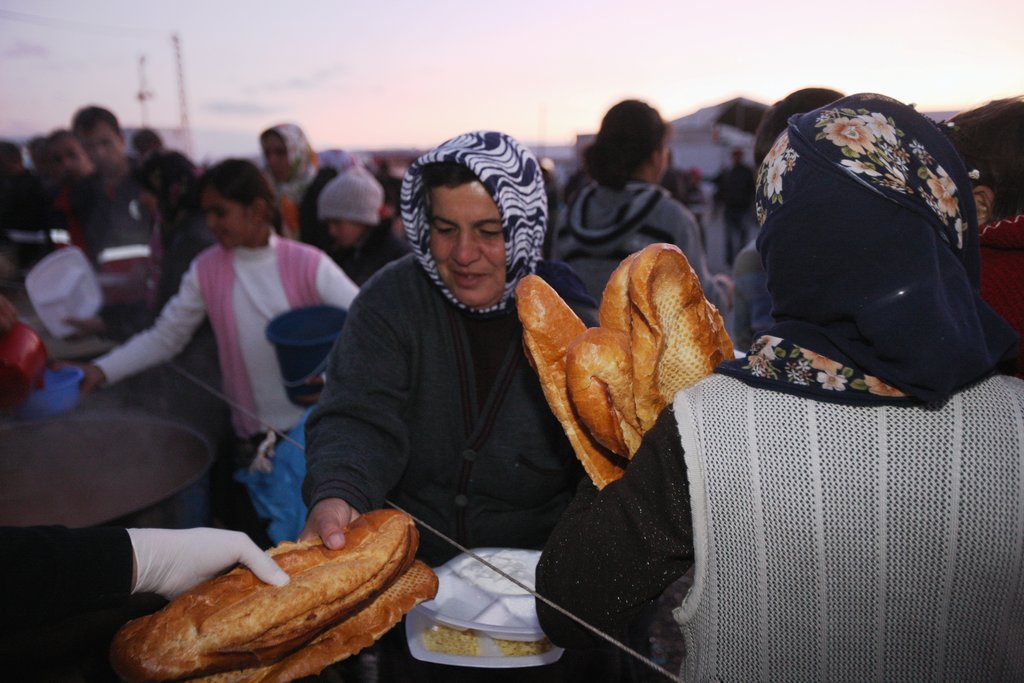 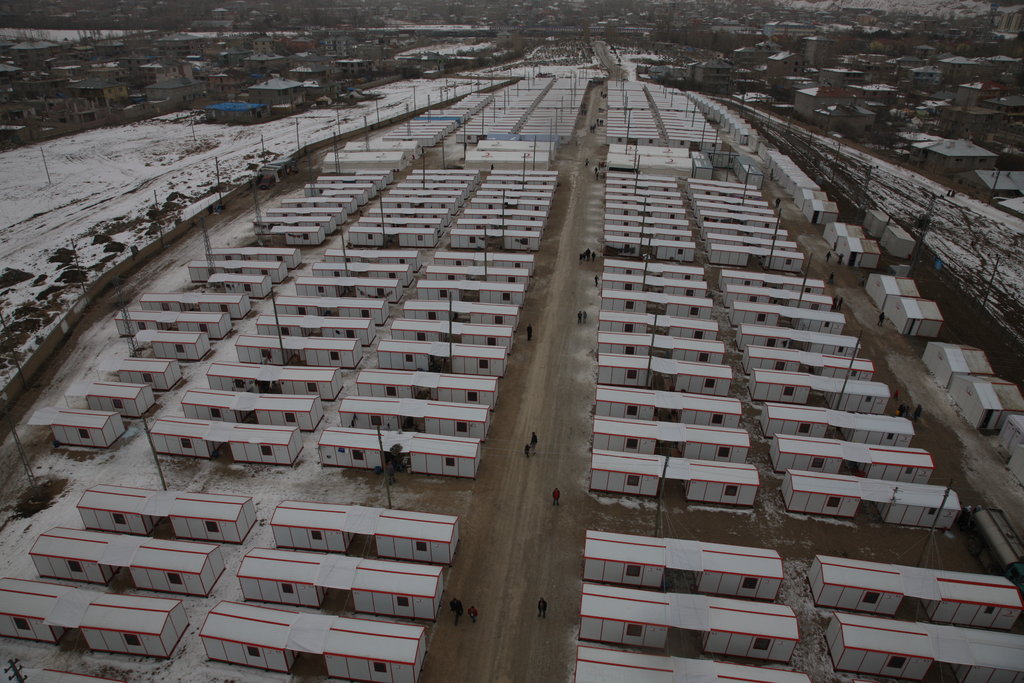 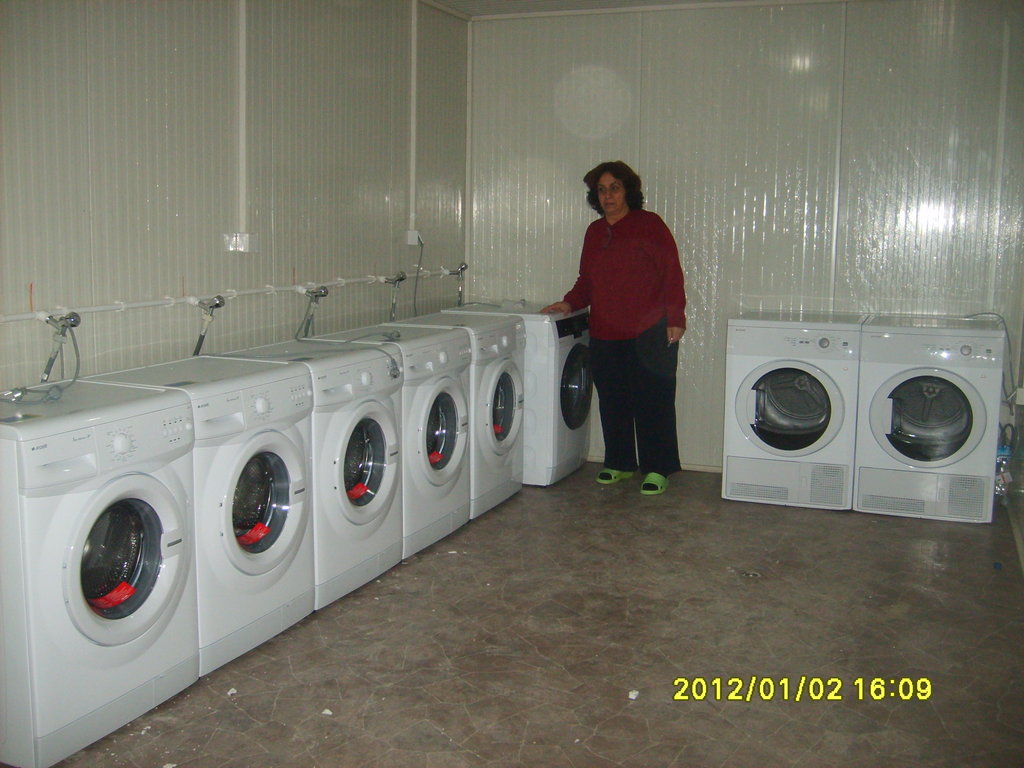 The first anniversary of the Turkey earthquake

This fund has been a catalyst to provide enormous short term relief efforts immediately following the earthquake, thanks to your donations! With the one- year anniversary of the earthquake approaching, our partners on the ground have shifted focus to long-term building.

Your donation has helped organizations like Turkish Philanthropy Funds, which have split their relief efforts into three phases: relief efforts, reconstruction phase, and rehabilitation/rebuilding phase.  The relief phase provided $149,972 to assist in speedy aid for victims following the earthquake.  The reconstruction phase gave $101,600 to help with long term infrastructure in the Van community.  The rehabilitation phase, which has granted $141,918 so far, has focused on long-term rebuilding.

Ten organizations were supported by Turkish Philanthropy Funds.  Two reconstruction and rehabilitation grants given to TEV and MAG Vakfi are described below:

October 23, 2012 is the first anniversary of Turkey’s earthquake in Van.  The people of Van are still working to rebuild their city, and their community is still in a vulnerable position.  Thank you for your generous donations to the Turkey Earthquake Relief Fund!

May Update: Grants to Organizations in Van

Thank you again for your generous donation to the GlobalGiving Turkey Earthquake Relief Fund. Since the earthquake in October 2011, your donations have supported long-term disaster relief and economic recovery for families in Van, Turkey. This month, funds from the GlobalGiving Turkey Earthquake Relief Fund went to Turkish Philanthropy Funds, which has been actively distributing grants to projects providing assistance in Van. Those grants are decided based on the following criteria: implementation capability, efficiency, financial strength, and transparency.

Kizilay, the Turkish Red Crescent Society, is one organization that has been able to extend its services further as a result of these donations. With grants from Turkish Philanthropy Funds, Kizilay was able to provide 15 container houses for victims in Van, Turkey. These container houses are complete with electricity, running water, and cooking facilities.

ACEV (Anne Cocuk Egitim Vakfi) provides childhood and adult education programs in Turkey. With support from Turkish Philanthropy Funds, ACEV is building a Family Rehabilitation Center in Hüsrevpaa Container City, which has about 6,000 inhabitants currently living in prefabricated buildings. The Family Rehabilitation Center is a prefabricated building that will have counseling rooms, two group rooms, a psychiatrist room, and one kids’ room. The Center will provide mobile outreach services as well.

Turkish Philanthropy Funds has approved grants to KA-MER Vakfi (Women Center Foundation) and to Kadin Emegini Degerlendirme Vakfi, (Foundation for the Support of Women’s Work). These projects support women’s realization of their full human and economic rights by supporting the mental health of women and by providing education and job training programs to support economic stimulation in Van following the earthquake. KA-MER will establish a prefabricated women’s center that will provide sewing workshops, daycare, and counseling services. Kadin Emegini Degerlendirme Vakfi will establish an additional women’s center with the support of a grant from Turkish Philanthropy Funds and your donations.

As you know, disaster recovery efforts linger long after an earthquake’s aftershocks have faded away. The organizations described above have demonstrated a lasting dedication to the physical, emotional, and economic recovery of the population of Van, Turkey. Thank you again for your generous donation in support of the people of Van through the GlobalGiving Turkey Earthquake Relief Fund. 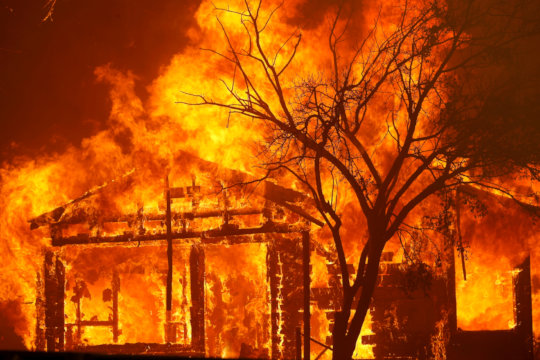 GlobalGiving
Guarantee
Donate https://www.globalgiving.org/dy/cart/view/gg.html?cmd=addItem&projid=8352&rf=microdata&frequency=ONCE&amount=25
Please Note
WARNING: Javascript is currently disabled or is not available in your browser. GlobalGiving makes extensive use of Javascript and will not function properly with Javascript disabled. Please enable Javascript and refresh this page.