The Shattering The Silence Tour/Documentary Projec 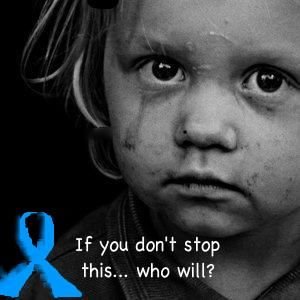 Creating A Paradigm Shift: The Shattering The Silence Tour and Documentary Project is on a nationwide tour filming a documentary on survivors of child sexual assault, the latest healing therapies, and counseling techniques, enabling others to heal from any trauma; as well as hosting free prevention and education conferences, with local organizations from the cities we stop in on the tour, on prevention/education of child sexual assault and human trafficking. Join us to say, "Enough Is Enough!"

The challenge we seem to face in America and across the globe is too many of our children are being sexually assaulted in their homes, where they are suppose to feel safe, and too many people are turning away in indifference. Child sexual assault has1 in 3 girls and one in six boys are sexually assaulted before their 18th birthday. Five children die a day due to abuse. Human trafficking, which is becoming more predominate in the U.S., is a 32 billion dollar industry, surpassing the drug industry

The FACSA Foundation (Family and Friends Fighting Against Child Sexual Assault) began a nationwide "Shattering The Silence Tour," to educate communities on prevention of child sexual assault and human trafficking, to Shatter The Silence, which perpetrators use to control their victims. We are filming a documentary on survivors stories, the latest healing therapies, and counseling techniques which are most effective, for the healing of any type of trauma. We want people to get involved! Join US!

The long term impact is creating a paradigm shift and teaching people how to heal from any kind of trauma; to provide safer environments for children to fulfill their dreams; to change the public policies, and to Shatter The Silence of a multi-generational epidemic. We can learn to thrive, and not just survive; how to live and not merely exist. Find another project in United States or in Children that needs your help.
Find a Project

GlobalGiving
Guarantee
Donate https://www.globalgiving.org/dy/cart/view/gg.html?cmd=addItem&projid=17414&rf=microdata&frequency=ONCE&amount=25
Please Note
WARNING: Javascript is currently disabled or is not available in your browser. GlobalGiving makes extensive use of Javascript and will not function properly with Javascript disabled. Please enable Javascript and refresh this page.