Sustainable Cookstoves for Homes in Nicaragua 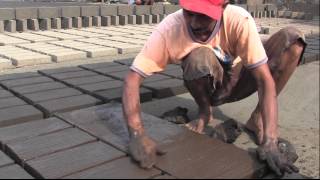 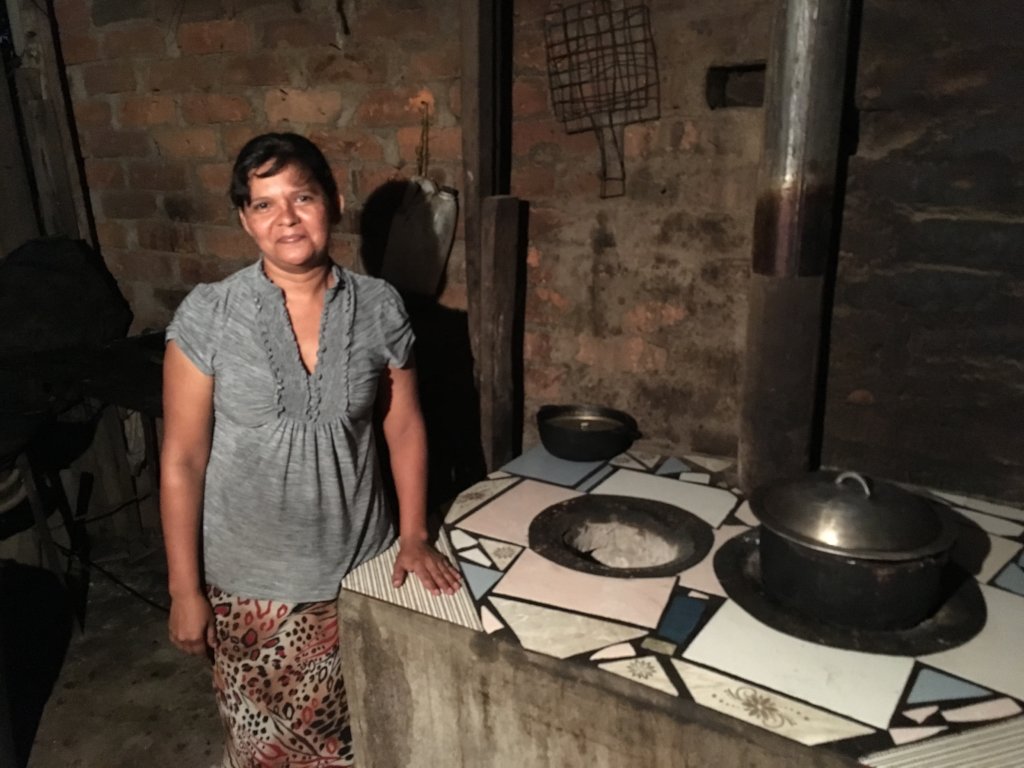 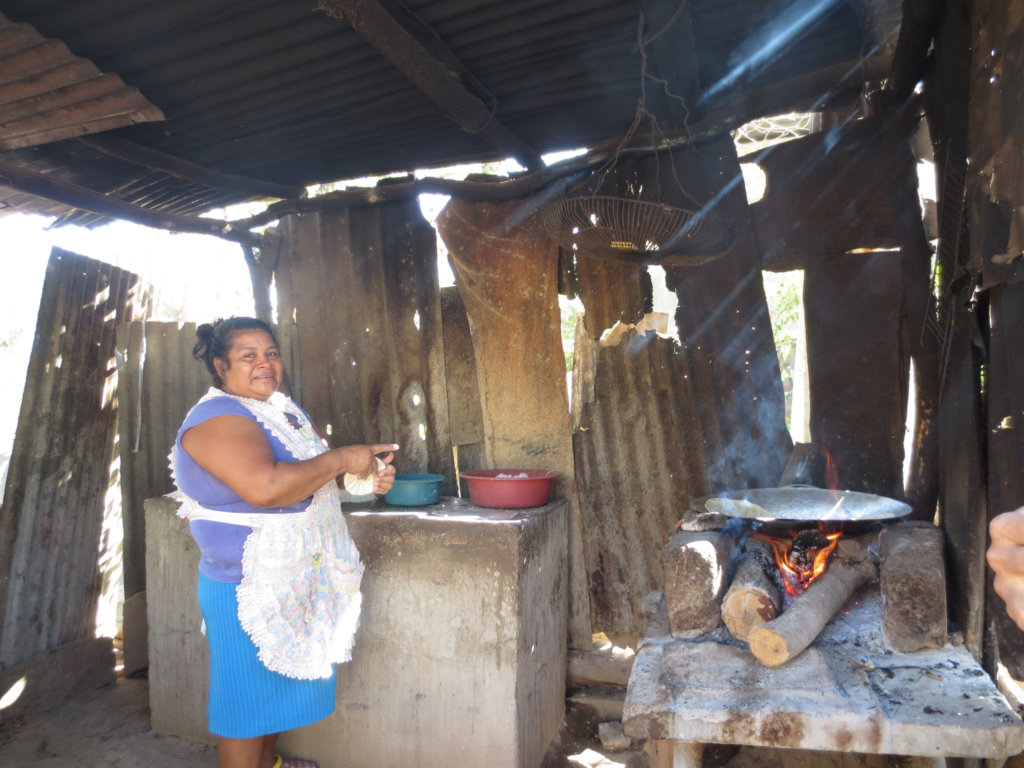 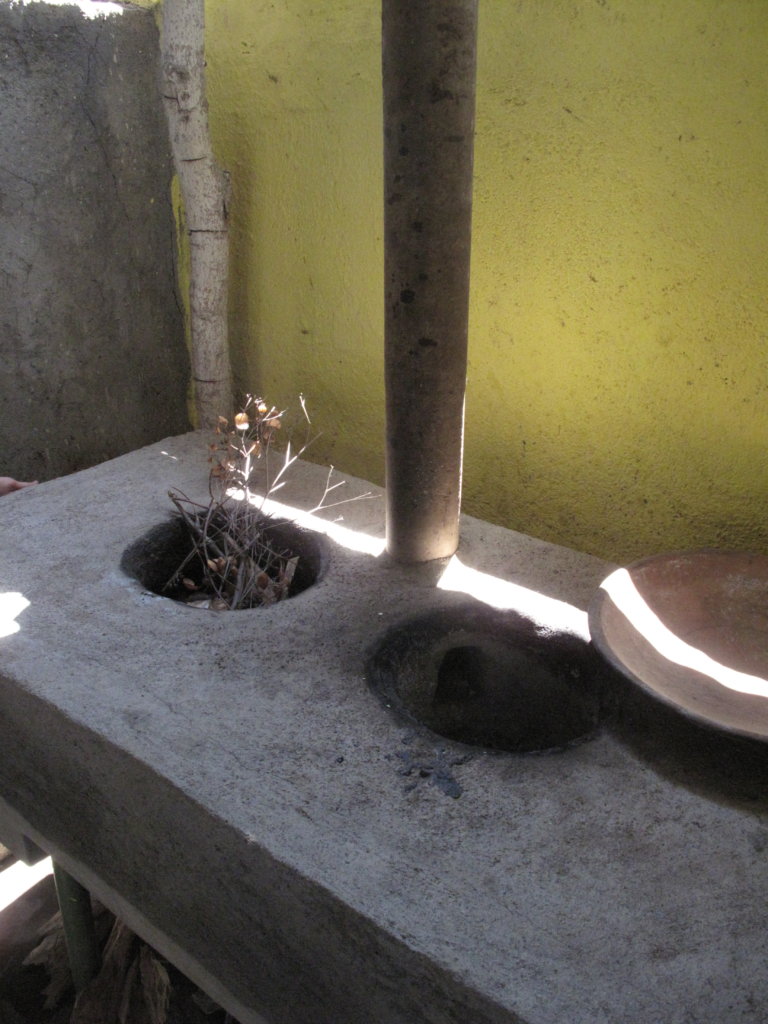 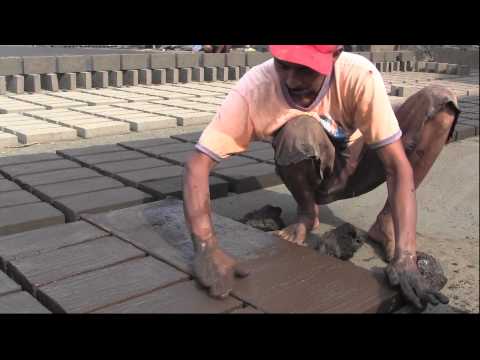 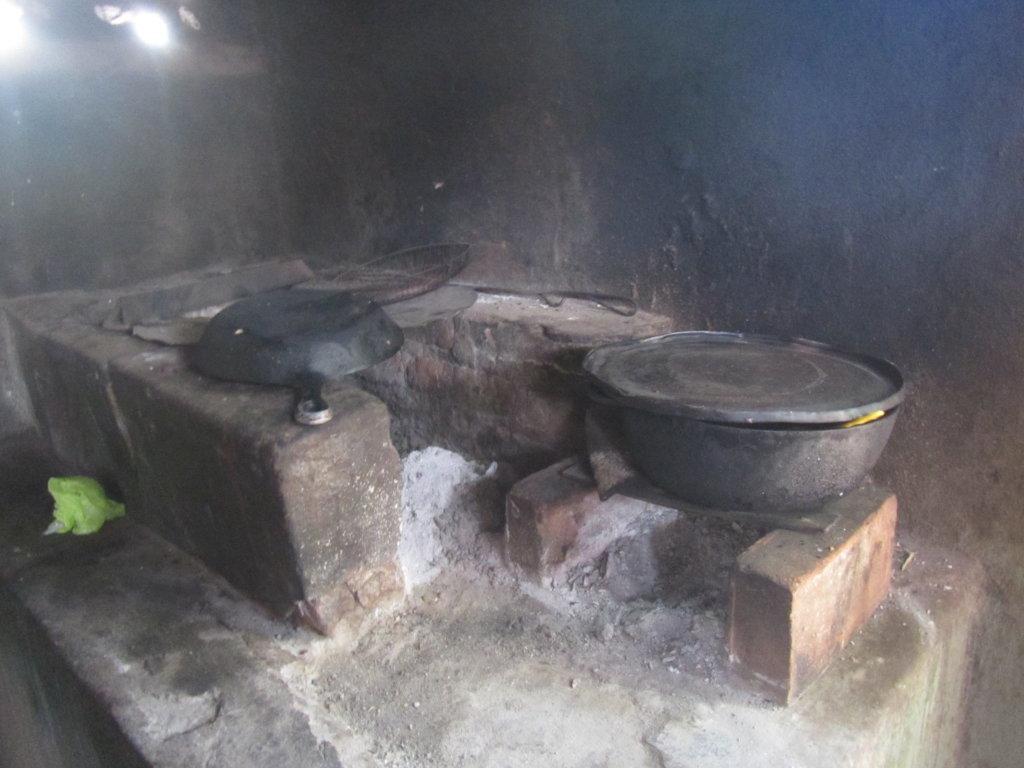 38 year-old Geissel O. just made an important change for her family.  A resident of the semi-urban Orlando Cáceres neighborhood of Nagarote, Geissel makes tortillas to sell to her neighbors. She gets up every morning at three AM and begins her day by building a fire in the kitchen.  Her first task is to boil fermented corn ("nixtamal") to grind into meal ("masa"), which she then hand throws to make her tortillas. Until she learned about SosteNica’s “improved stove program” she boiled her “nixtamal” over an unvented, open fire inside her home (see photo above). She and her three children breathed particulate matter of cook smoke all day long, every day.  From now on, thanks to SosteNica, no more smoke in the house.

“I have two wood-fired stoves for cooking” she told us. “One I use for making tortillas. That one is not too bad because it is sealed with a chimney to vent the smoke. But the one that I use for preparing the corn masa is hot, smoky and dangerous. It consumes a lot of firewood and really heats up the house. For this reason I sought out SosteNica, hoping that they would help me resolve the problems of wood scarcity and inhalation of smoke. They custom designed a single burner stove for me. It works great. I love it. I’m no longer breathing smoke all day and I’m not worried about my children coming into the kitchen and getting burned while playing around an open fire. And thanks to the revolving loan program, I am able to pay off the stove a little bit at a time.”

SosteNica’s Nicaragua based team has accelerated our stove program. Last month alone (April, 2018) we installed nine improved stoves throughout the region, expanding our service area to include two new communities: Candelaria - ten miles from Nagarote as well as Valle de los Jiménez, six miles from downtown Nagarote. Each stove installed, while customized to meet the needs of the individual family, seeks to meet four objectives:

In addition, we remain vigilant about the cultural significance of kitchens.  Nicaraguans view cooking as an art passed down from generation to generation.  Even the location of a stove can have meaning for a family where a beloved parent or grandparent may have prepared gallopinto and tortillas daily.  At SosteNica we respect those values by honoring each family's history.  We customize every stove's look and location to preserve family tradition, while guaranteeing the highest quality technology to reduce smoke and firewood consumption.

Thanks to your gifts, we are bringing these improvements to more Nicaraguan families every month.  Please help us spread the word.  More donations means more eco-stoves in Nicaragua. 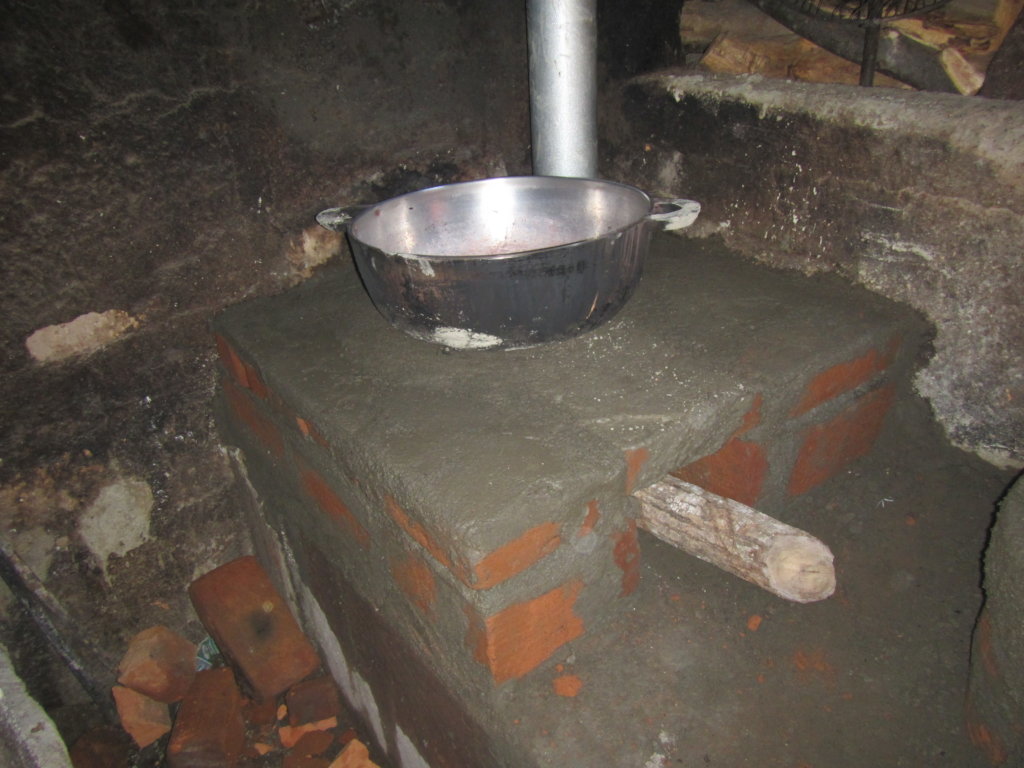 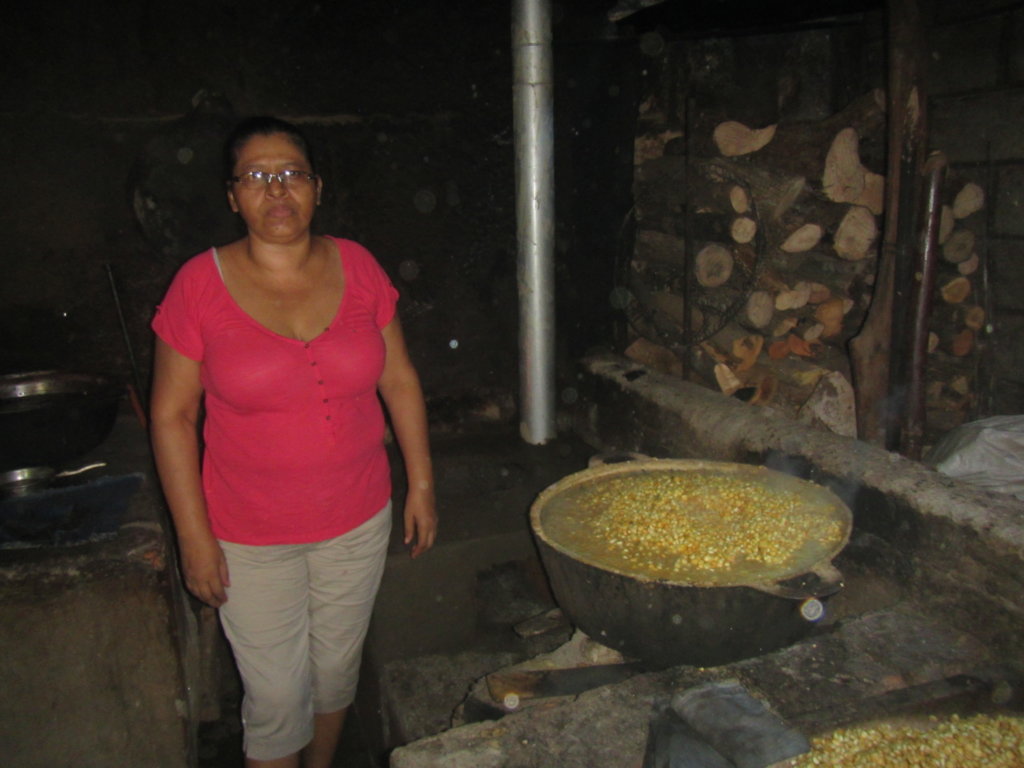 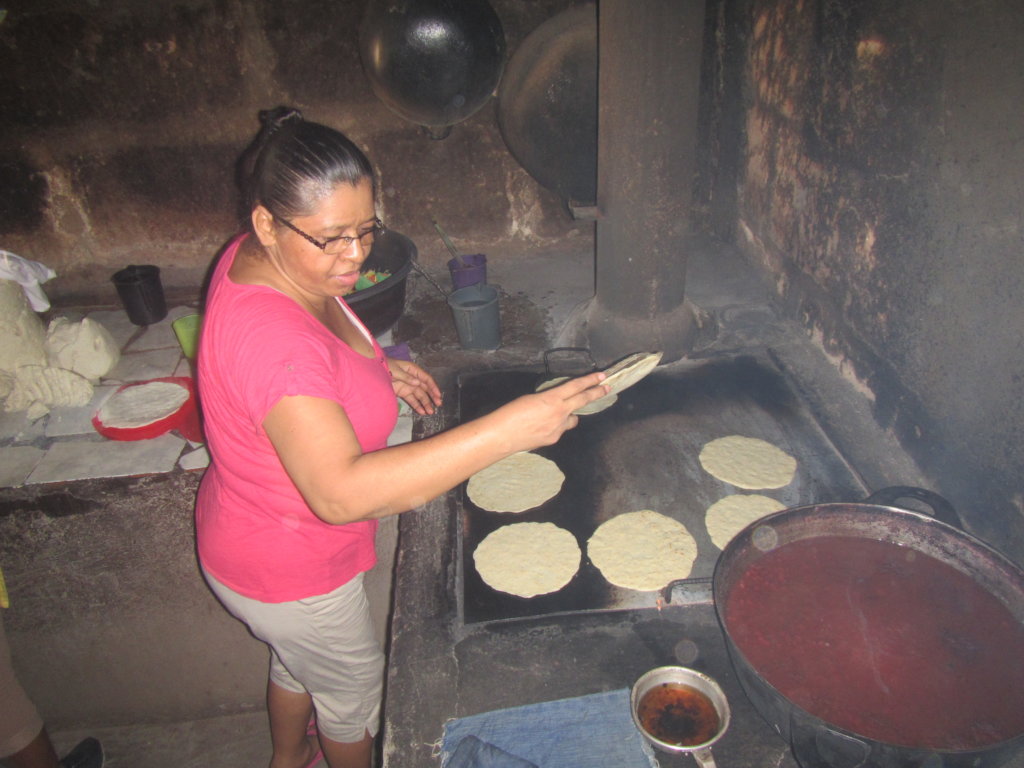 « Previous - "Cook Stoves Save Trees!"
"Collaboration for Greater..." - Next »
Comments:

Find another project in Nicaragua or in Environment that needs your help.
Find a Project

GlobalGiving
Guarantee
Donate https://www.globalgiving.org/dy/cart/view/gg.html?cmd=addItem&projid=15166&rf=microdata&frequency=ONCE&amount=25
Please Note
WARNING: Javascript is currently disabled or is not available in your browser. GlobalGiving makes extensive use of Javascript and will not function properly with Javascript disabled. Please enable Javascript and refresh this page.