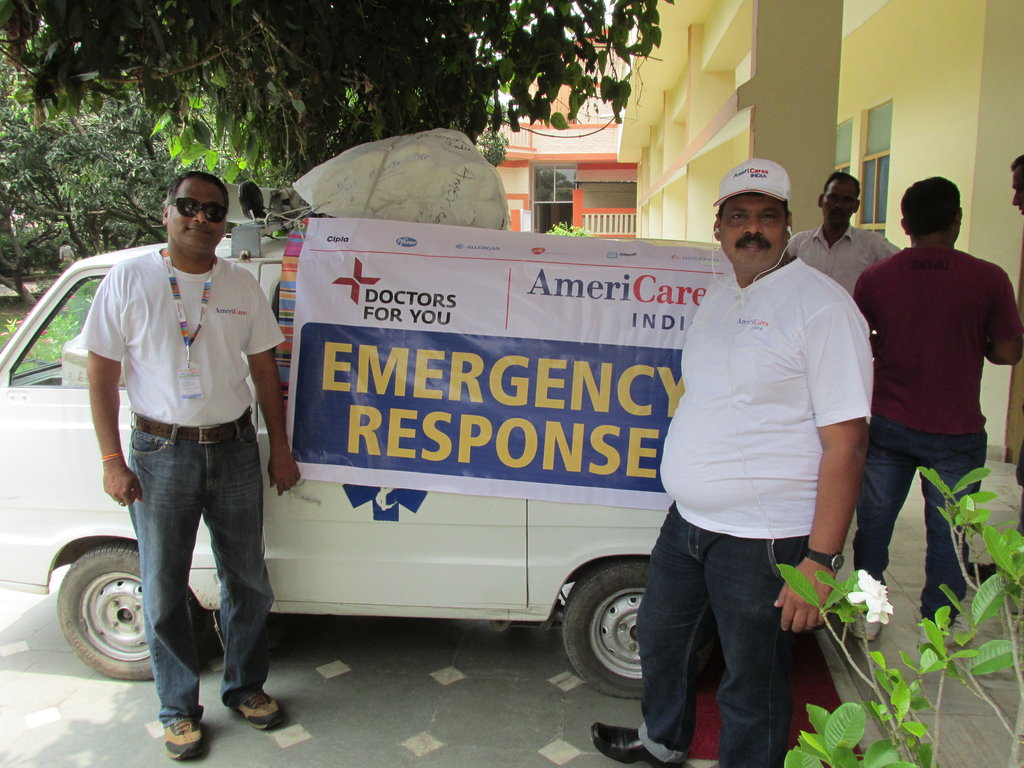 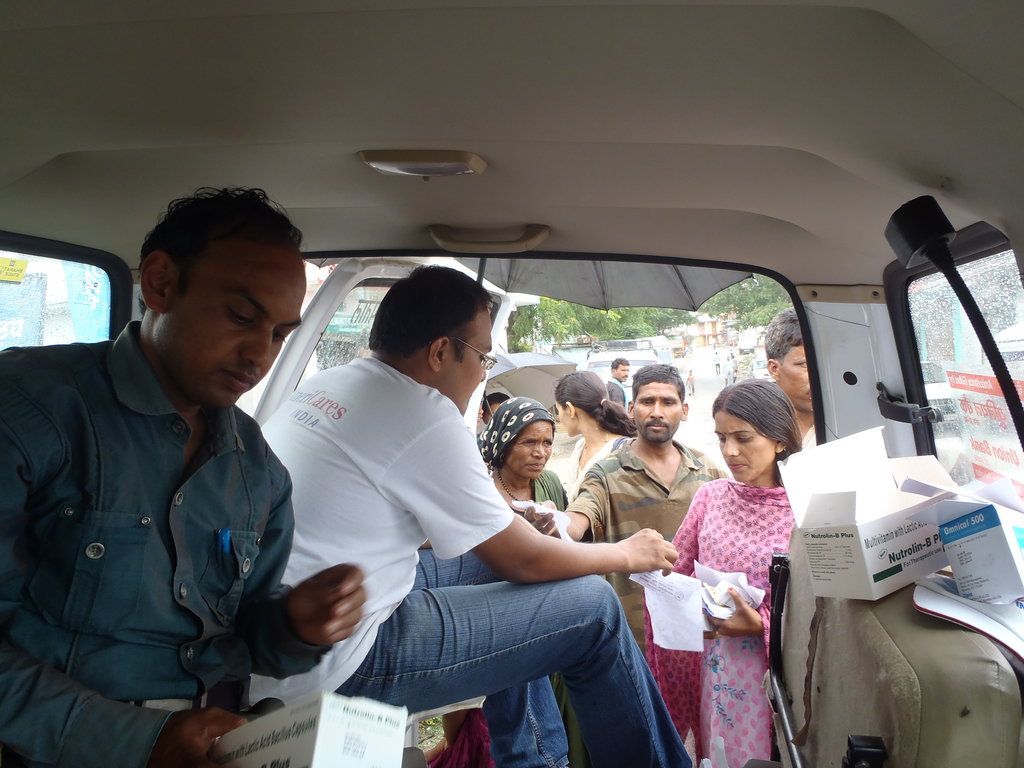 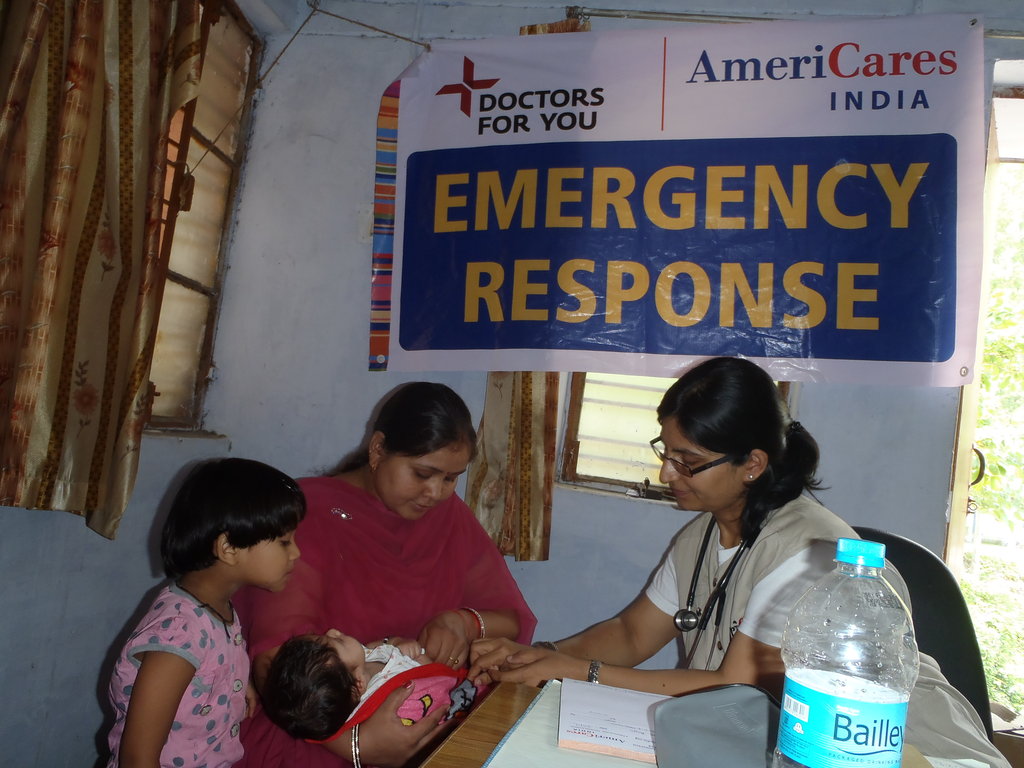 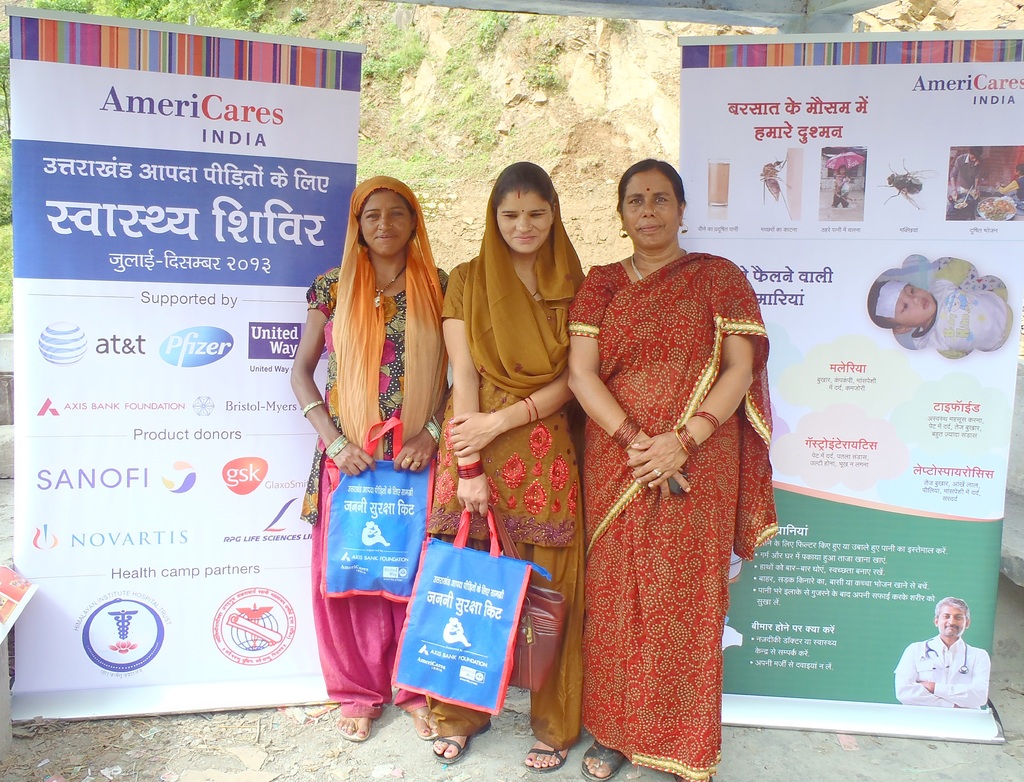 In response to the devastating flood disaster in Uttarakhand, the AmeriCares India team mobilized free medical camps and distributed relief supplies to help survivors in hard-hit districts of the Indian state. The flooding killed thousands and left many villages cut off from aid and health services.

AmeriCares India doctors travelled through treacherous terrain to 40 villages in the districts of Rudraprayag and Chamoli, providing free primary care services to more than 10,000 patients.   The historic flooding left survivors suffering from injuries, infections, and diarrhea, and at risk from a variety of diseases including typhoid fever, cholera, leptospirosis and malaria.

“Many of the patients seen by our emergency medical teams had flood-related injuries and illnesses, as well as chronic conditions that they could not get help for, because roads were impassable due to landslides, debris, and washouts,” said Garrett Ingoglia, vice-president of emergency response at AmeriCares. One patient, a 5-month-old baby boy, was treated for acute diarrhea. The family was unable to get health care for the child because their village was completely cut off by fallen debris.

“While in the field, our teams also saw first-hand the crucial need for maternal and child health services,” explained Ingoglia. The teams tended to three newborn babies, including a set of twins whose mother could not get to a health facility in time to deliver her first child because of blocked roads. “If our team had not deployed, there would not have been a doctor immediately available to attend to the newborn and mother because of disaster-related staffing shortages at the health facility, ” he said.

The disaster struck Uttarakhand in June, after heavy monsoon rains gave rise to catastrophic flooding, inundating 12 districts that are home to more than 1.6 million people. The floods caused landslides destroyed homes, roads, bridges and crops. Rudraprayag was one of the worst-affected districts, with many areas completely cut off by the floods. 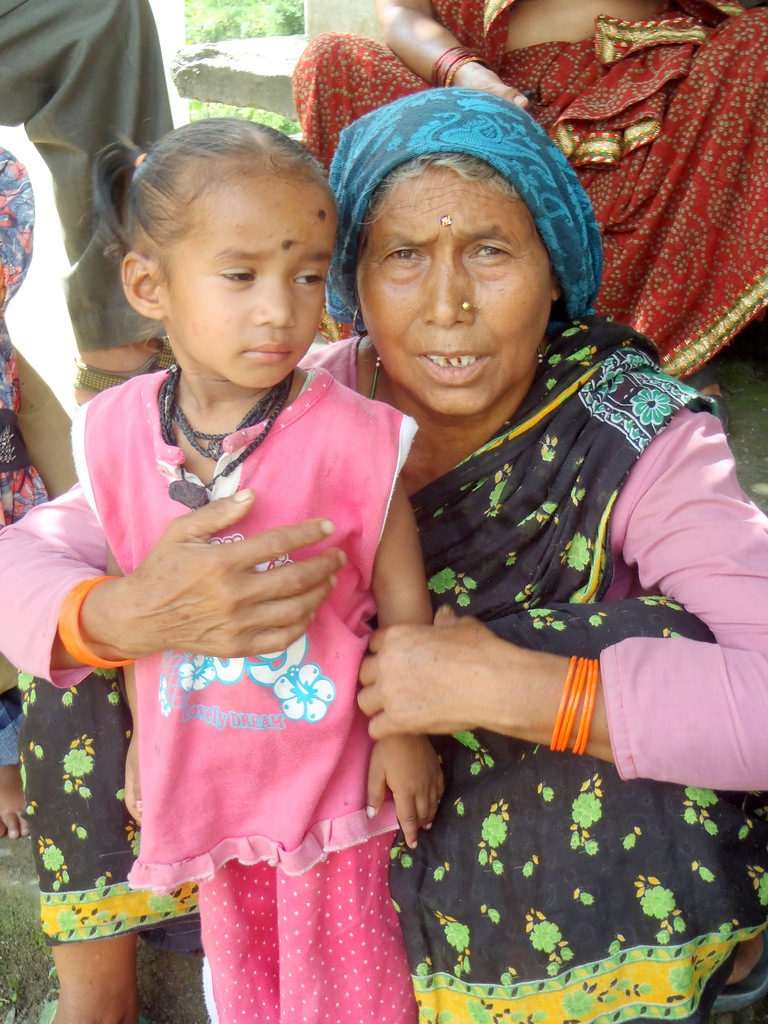 A grandmother & grandchild at AmeriCares camp 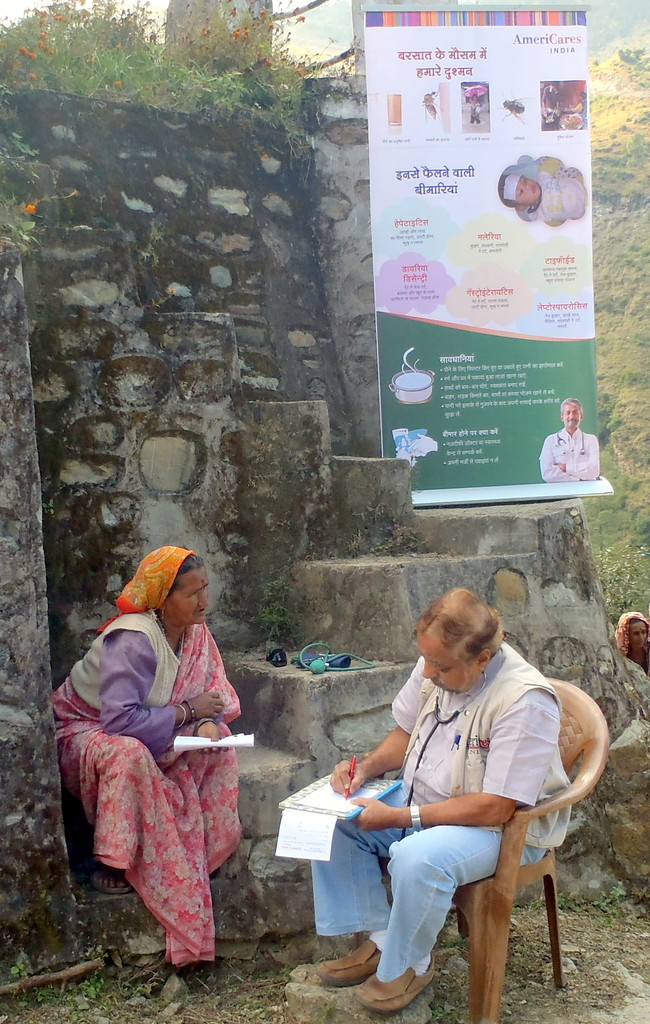 At one of AmeriCares makeshift medical camps

GlobalGiving
Guarantee
Donate https://www.globalgiving.org/dy/cart/view/gg.html?cmd=addItem&projid=14484&rf=microdata&frequency=ONCE&amount=25
Please Note
WARNING: Javascript is currently disabled or is not available in your browser. GlobalGiving makes extensive use of Javascript and will not function properly with Javascript disabled. Please enable Javascript and refresh this page.