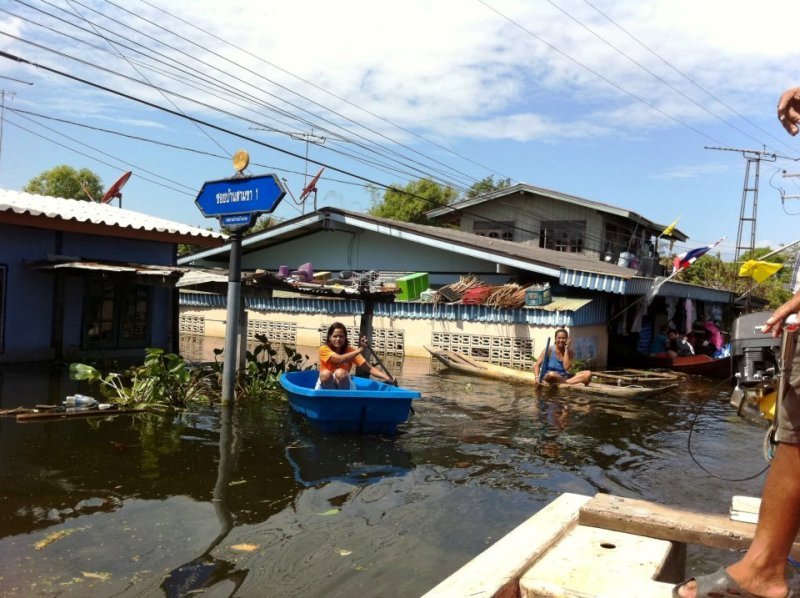 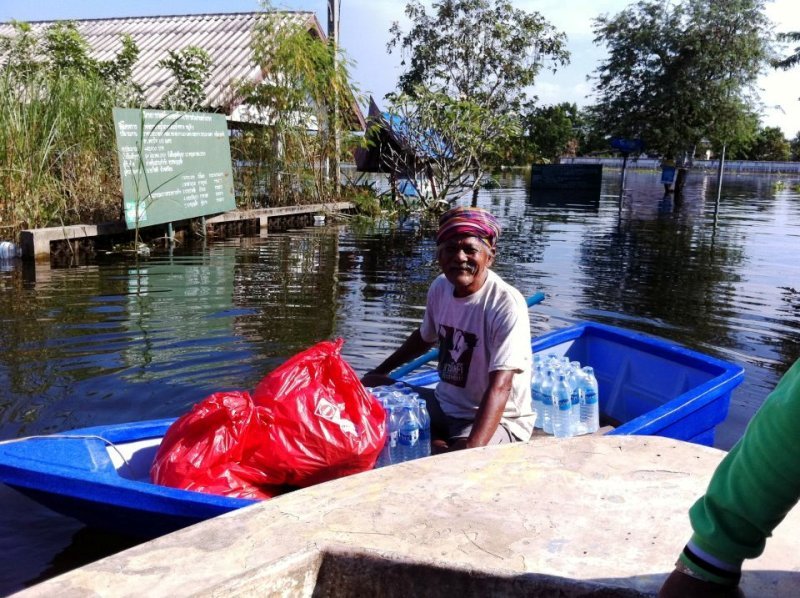 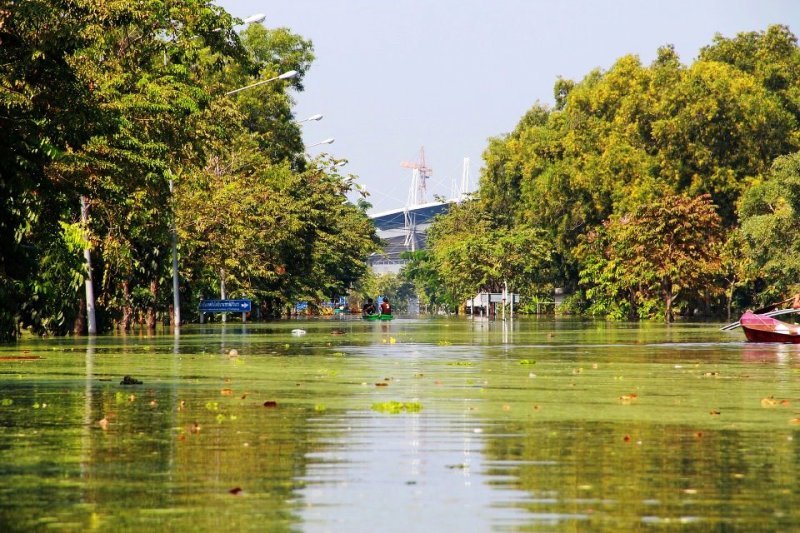 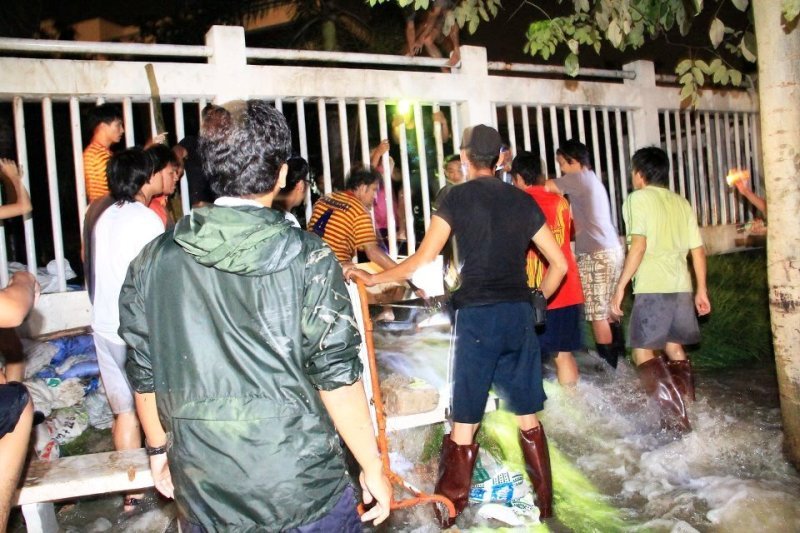 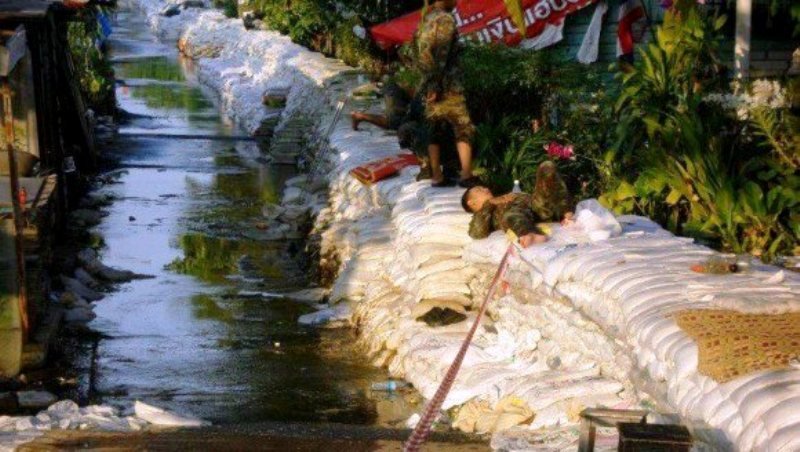 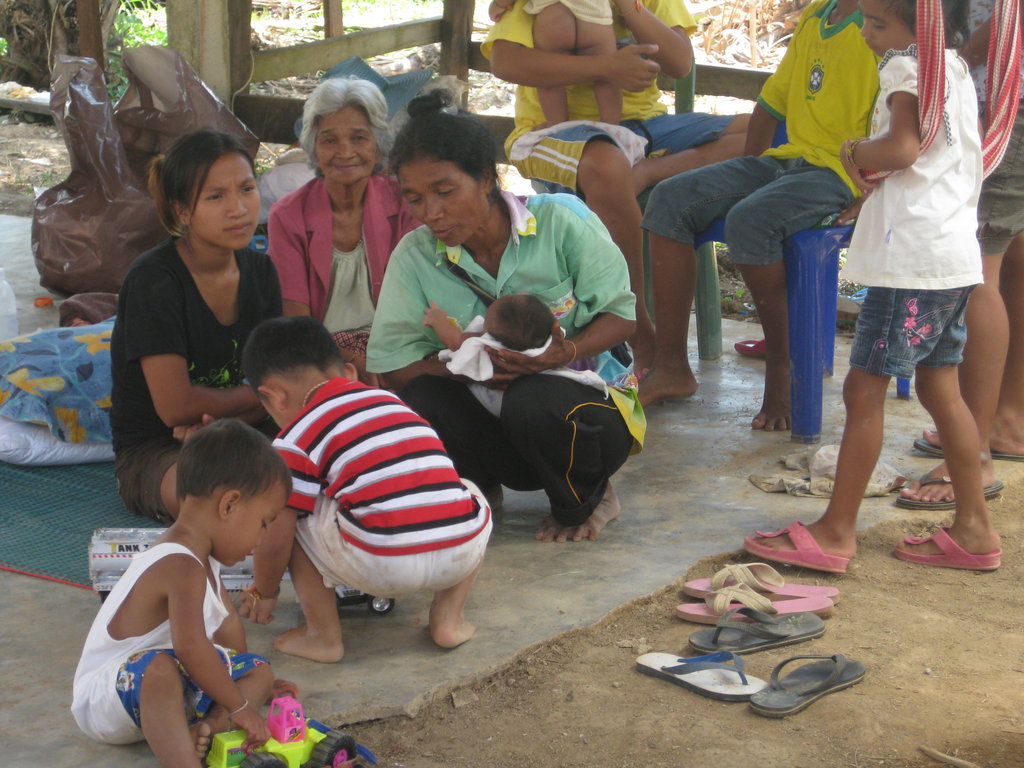 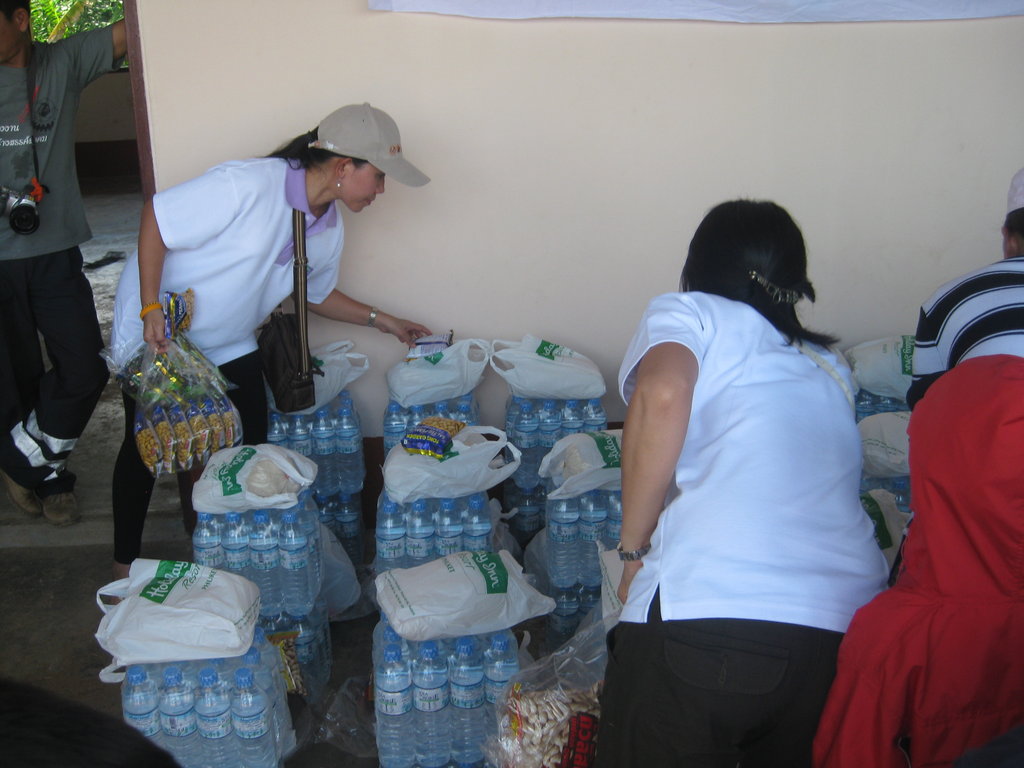 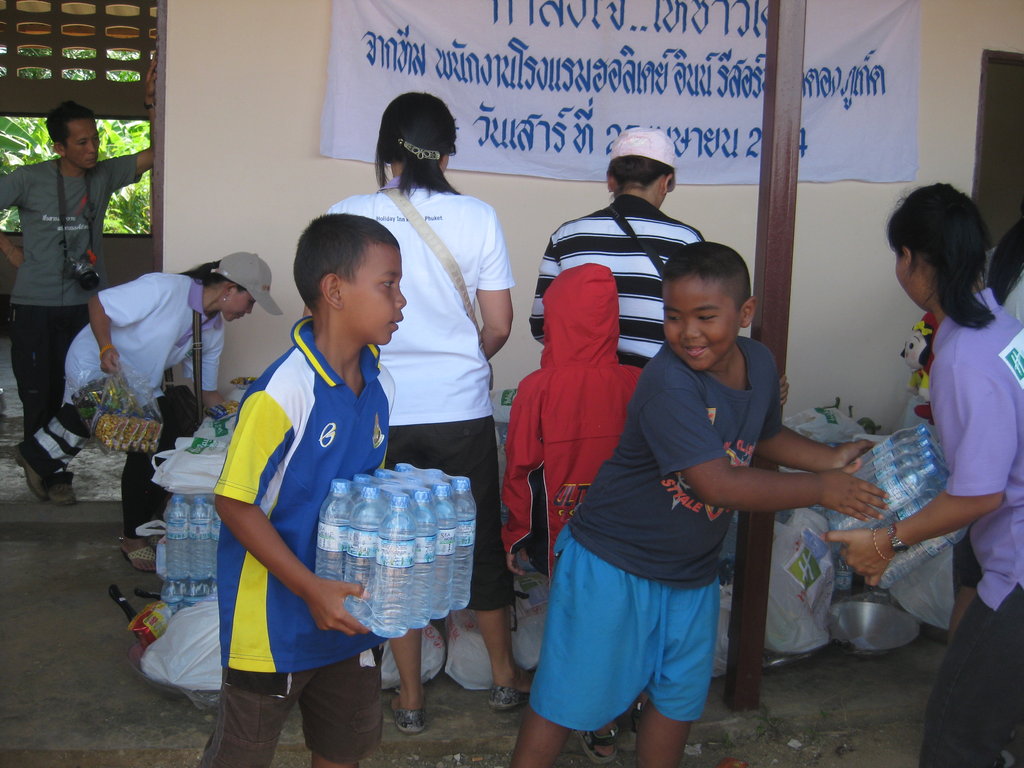 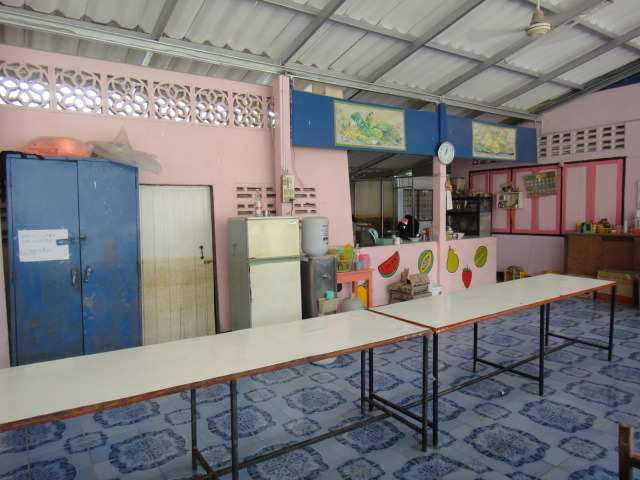 Subtle reminders of the flood-water stain on door

Jacqueline Lee is an InTheField Traveler with GlobalGiving who is visiting our partners’ projects throughout Southeast Asia. Her “Postcard” from the visit in Thailand:

After one of the worst flooding in Thailand, Global Vision International Charitable Trust responded by providing relief and assistance so that communities could rebuild themselves.  On June 1, I was able to accompany GVI to one of its flood relief projects at a school in Lopburi.

GVI works with local groups and organizations to support communities. This specific one was in dire need of rebuilding its school that had to shut down for 2 months due to the flooding. During this time students had to stay at home and fell behind the rest of their peers where the flooding did not reach or subsided quickly.

GVI was informed by a contact about the emergency situation, so they went out to survey the area. Before, community members had to walk through the water and take boats around the town.  Some of the staff at the school shared that GVI was the first people they saw handing out water in the emergency situation.   This school has 125 students from preschool to 6th grade with many from the hill-tribe areas. Some students have to sleep at the school since they live in such remote areas. During the flooding these students all had to return to their homes with no education, school, and away from their friends for 2 months.

One of the teachers explained that they were preparing for flooding, but the news never gave a clear timeframe for when the waters would arrive. By the time it arrived, within an hour almost the entire first floor was under water. She said the last big flood was about 16 years ago, but the school has never flooded like this before.  At the end, I asked the main supporter and patron of this school (a local monk) why he was so passionate and committed. He explained he was born in this town, studied at this school, and the monk he studied under had started the school. He wanted to continue it – it was the first and largest in the village.

The before and after pictures of the flooding are incredible. GVI was able to help bring volunteers to clean up flood water lines, repaint, rebuild walls that were rotted and or washed away, clean up furniture, and salvage what could be reused. They also rebuilt the gardens (where students learn about where food comes from and use the vegetables for meal times) and the playground.  GVI volunteers helped bring new bedding for the boarding rooms and new books since many were destroyed in the water that rose too fast to move everything upstairs.  GVI was one of the first to respond to the flood in this community. With the support of donations through GlobalGiving, children have returned to school. I am thankful to Jax, Apple, and GVI staff for taking me to see where the communities affected by the flooding are today.

To see more pictures from the visit go to: JacquelineInTheField Blog 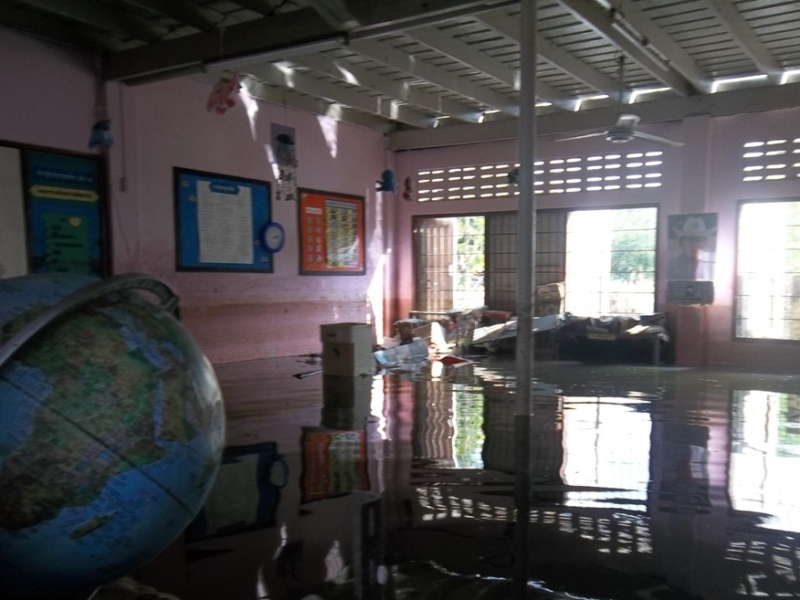 BEFORE: flooded classroom (from GVI archive) 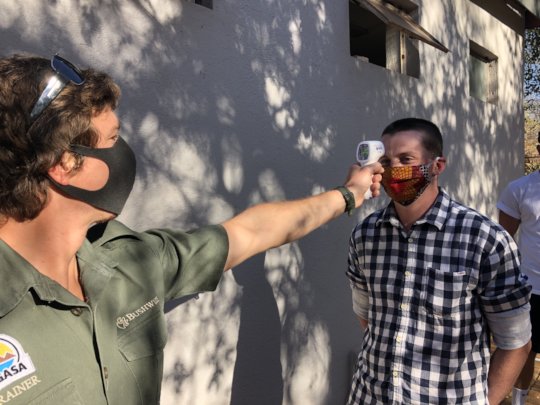 Access to Free Community Healthcare in Africa
Find a Project

GlobalGiving
Guarantee
Donate https://www.globalgiving.org/dy/cart/view/gg.html?cmd=addItem&projid=8039&rf=microdata&frequency=ONCE&amount=25
Please Note
WARNING: Javascript is currently disabled or is not available in your browser. GlobalGiving makes extensive use of Javascript and will not function properly with Javascript disabled. Please enable Javascript and refresh this page.