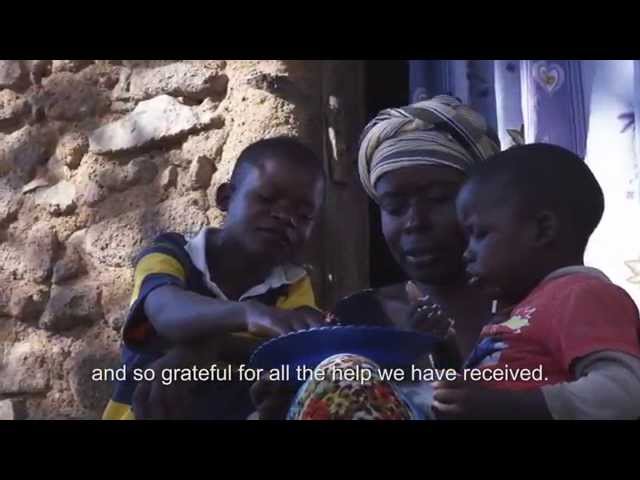 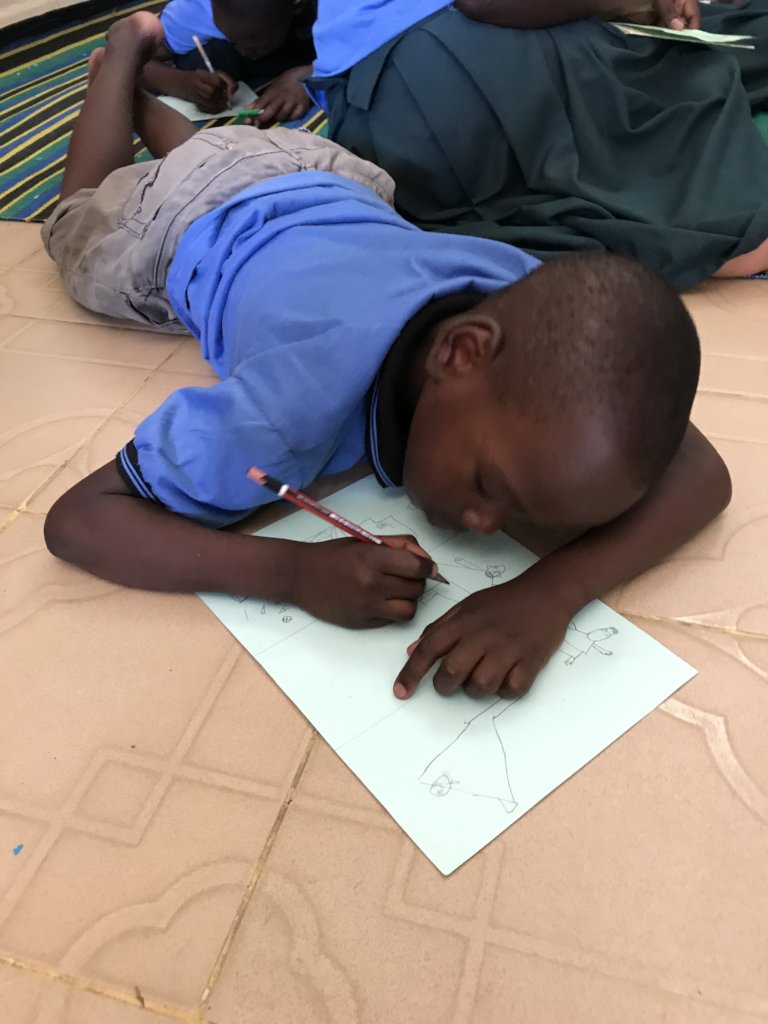 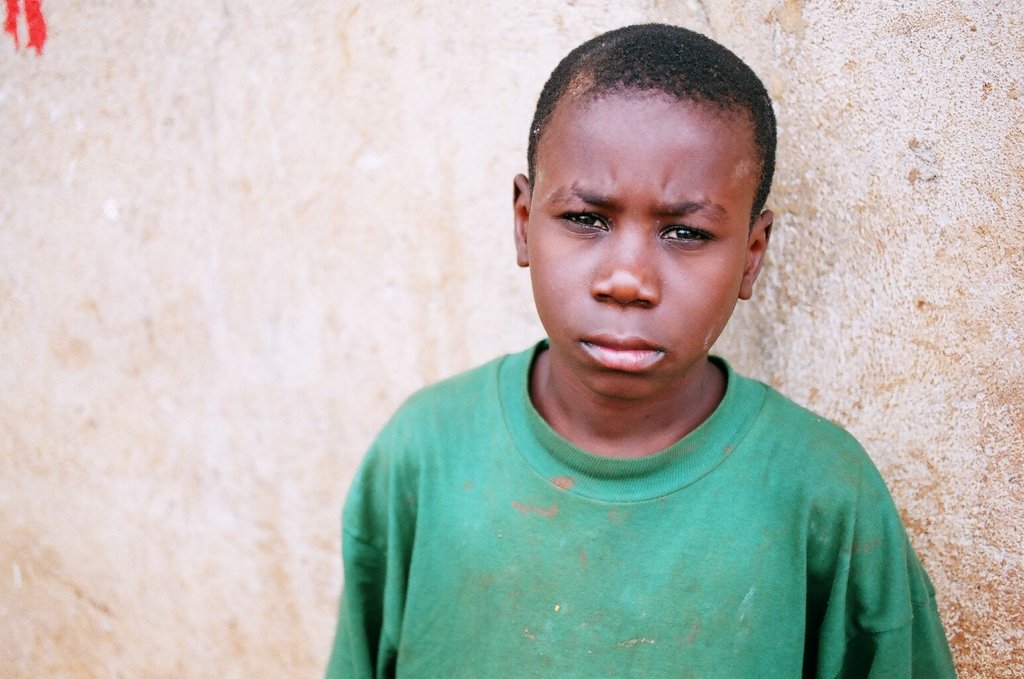 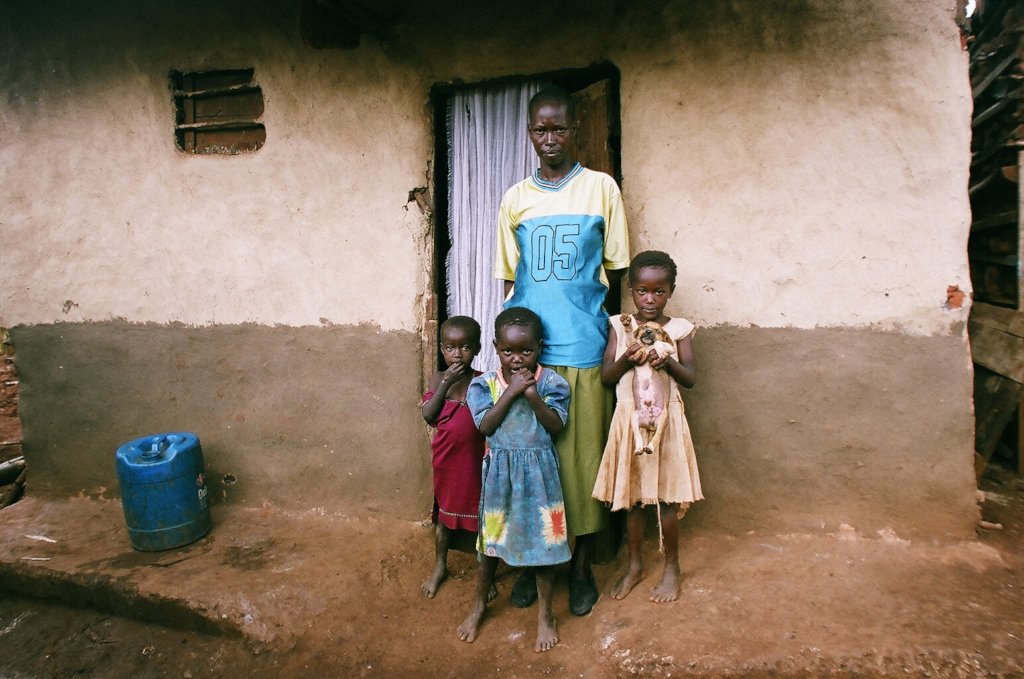 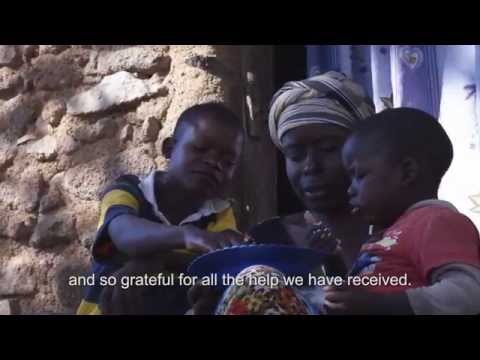 As we come to the end of 2021, most of us are looking forward to spending more time with friends and families and enjoying more freedom than we’ve been able to in recent times. But in many parts of the world, those living in poverty and trauma have been the hardest hit by the pandemic and children forced to live on the streets in Tanzania still struggle to access the most basic of needs.

We asked the children we work with in our projects there what they wished for if they could have anything this Christmas.

Our research was part of a report submitted to the UN Committee on the Rights of the Child that we hope will help Tanzanian authorities protect and provide for these vulnerable children.

Each group was asked to draw their ‘dream future’ and explain to our teams what was in it.

Several had the same wild aspirations we’d expect of our own children – to be professional footballers, successful singers or fly planes – but most of them asked for simple things that they should not have to wish for.

The children asked for homes, for families, to be able to play, go to school, to feel safe and to be heard.

These should be the basic rights of any child and thanks to our supporters we are trying to make this a reality for the children we work with who live and work on the streets. Thanks to your funidng over the past 3 months we have supported children who are alone and face abuse and exploitation, finding them safe homes to live in and supporting them back into education. We are improving family situations so parents can better care for their children and stay safe together.

With your help we can take care of the basics and leave children to dream of becoming astronauts and film stars. Like all children should.

As Brian aged 13 told us "In my dream future I will have a good, safe house so I can leave the streets".

"My son is back home" 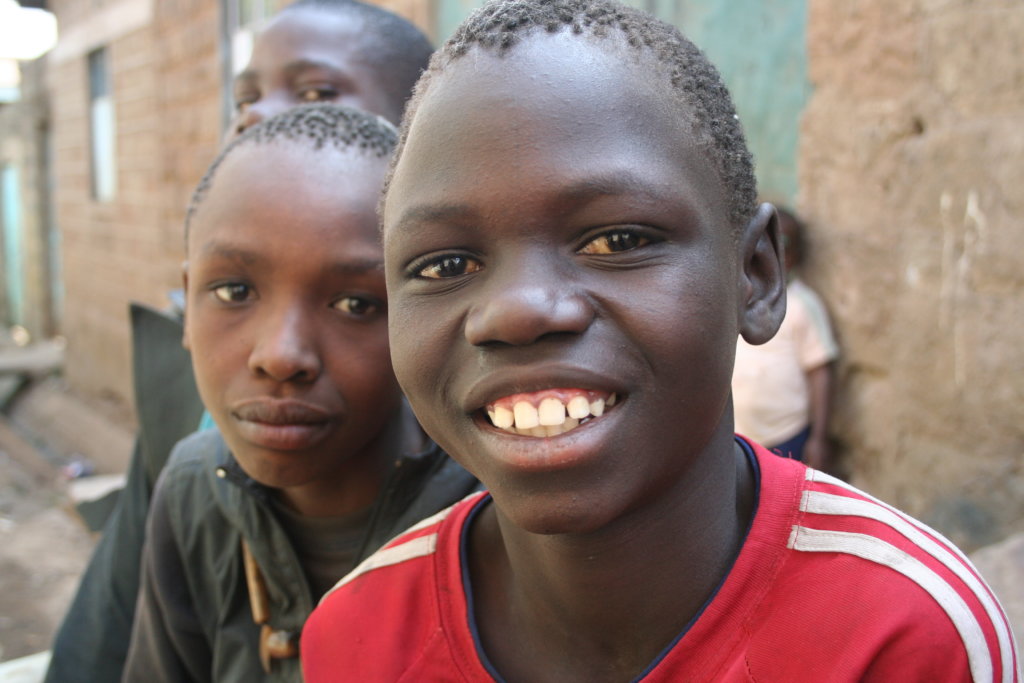 Reuben had a happy life in the countryside until his father suddenly died when Reuben was just 10. Although his mother worked hard in a restaurant she did not earn enough to support the family so Reuben was forced to drop out of school as they could not afford the uniform, books and equipment necessary.

Reuben and a friend spent many hours talking about their future and ways they could make money and improve their lives. Convinced there were more opportunities for them on the streets, they ran away to Mwanza.

Now 12, the two boys arrived in Mwanza where they found an established community of children living and working on the streets. It was not easy for the newcomers to be accepted. They were often beaten and intimidated and it took them a while to settle in but eventually they became part of the city’s vast population of street children and spent their days collecting metal and plastic to sell.

Our latest count shows that there are at least 1,254 children living on the streets of Mwanza.

Some days Reuben and his friend simply begged passers by for money but often they earned nothing and went to bed, in doorways and abandoned buildings, hungry.

For two years Reuben managed to survive on the brutal streets of Mwanza. He said: “To reduce stress that was caused by the tough conditions we experienced on the street, I started abusing alcohol.”

Things started to change for Reuben when Railway Children Africa’s street workers found him. We helped him to enrol at Kivuko Smart School. Here he had access to food, informal education, advice on hygiene and life skills and gradually learned to trust our team. He admitted that he had had enough of street life and wanted to go home so we began the task of finding and counselling his family.

After all the necessary steps had been taken and checks made we were able to take Reuben back home.

“I’m extremely happy that at long last my son is back home. I was so worried about him – I thought he was no longer alive. Thank you very much for supporting Reuben to return home.” - Reuben's mother 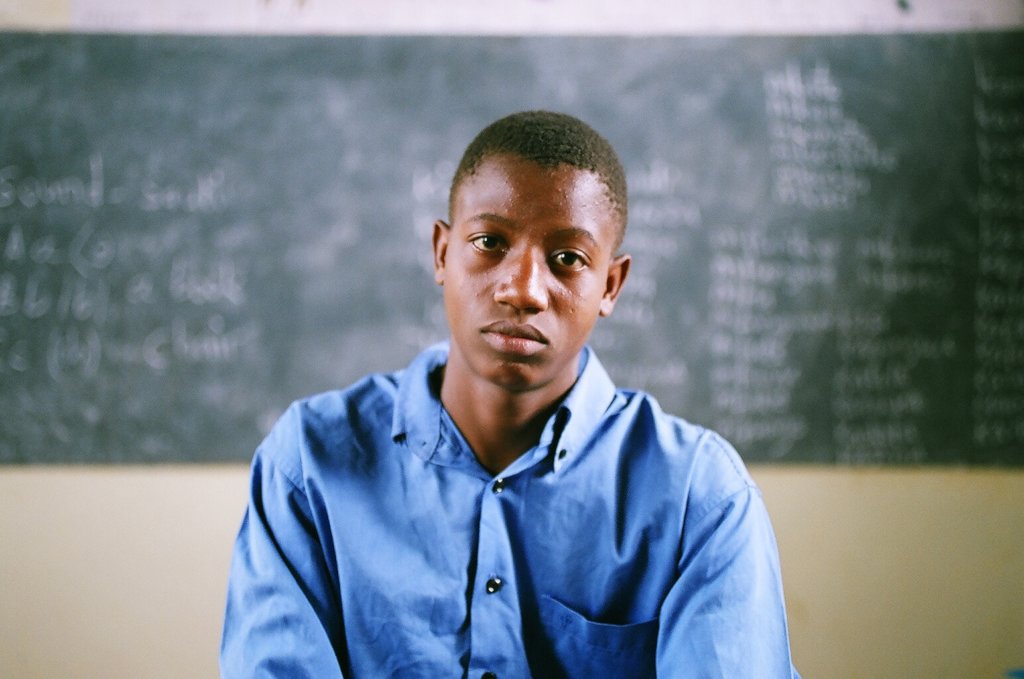 Thanks to our donors, we have helped hundreds of some of the most vulnerable children in Tanzania since we launched our project. One such child was 'Denis' (not his real name).

When Denis was just 11 years old his parents separated and his mother left the village of Bwanga in the Chato District where they had been living to get married again in Mwanza. Denis’s father also remarried, but his new wife, and Denis’s new step mother, did not like the boy and picked on him constantly. Denis was severely punished and bullied by her and soon he didn’t feel safe at home. He thought he would be better off on his own so left home to try and survive on the streets of Mwanza.

It was a harsh environment and Denis found he was often attacked and got into fights with others. Finding food and earning money was a struggle and he spent his days collecting and selling scrap plastic and metal or just begging from passers-by. He would often go to bed hungry and slept on benches or pavements wherever he could. One morning he was found by another CSO who sent him back home to his father. Within a week Denis had run away again, having received the same abusive treatment from his step mother as before. As the weeks and months went by Denis was drawn into a gang lifestyle on the streets, taking drugs and regularly getting into trouble with the police who would beat the boys badly.

He lived like this for two years before he was eventually spotted by one of Railway Children’s Street Outreach Workers during an early morning street walk. They gradually got to know him and earn his trust to the extent that Denis started our Kivuko Smart School. Here, he not only learnt life skills but also took part in informal education as well as slowly starting to tell the team about his background and what had happened to him. Through one-on-one sessions he was able to express his emotions and improve his self-esteem. Eventually he stopped using drugs and started having professional counselling.

Our family workers talked to Denis about his future and he told them that he wanted to go and live with his mother. They were able to trace her relatives, eventually tracked her down and made contact to discuss the possibility. She had no idea Denis had been on the streets or that his father was no longer caring for him. She welcomed him home to her in October. We helped the family buy school materials for Denis and his siblings, and he was quickly enrolled back into school. He is now studying hard.

He said: “I am so glad to return home and now feel like I belong to my family. I want to study hard and help my siblings and my mother.”

Thanks to your support, our project can continue to reach more children like Denis.

Donating through GlobalGiving is safe, secure, and easy with many payment options to choose from. View other ways to donate
Railway Children has earned this recognition on GlobalGiving:

GlobalGiving
Guarantee
Donate https://www.globalgiving.org/dy/cart/view/gg.html?cmd=addItem&projid=49546&rf=microdata&frequency=ONCE&amount=25
Please Note
WARNING: Javascript is currently disabled or is not available in your browser. GlobalGiving makes extensive use of Javascript and will not function properly with Javascript disabled. Please enable Javascript and refresh this page.